Review – Allan Rayman, The Bad Boy Your Parents Don’t Want You to Date

The man that is Allan Rayman added another layer of mystique to his persona last night at his Globe Hall performance. At a venue that only holds around 250 people, the show quickly sold out (Rayman’s top songs “Tennessee” and “Lucy the Tease” have over six million listens on Spotify). Throughout the entire performance, Rayman kept his bad-boy face mostly hidden with stage backlights, creating a sensual show that had everyone focused on his sultry R&B songs.

The show started around 8:45 p.m. with a mariachi band called Mariachi Los Correcaminos, which translates to “the roadrunners.” The trio wore traditional all-white mariachi outfits with light blue trim while performing on the floor in front of the stage, rather than on the stage itself. There was little explanation as to why the mariachi band was Rayman’s opening act, but it definitely got the audience talking. Mariachi Los Correcaminos ended around 9:40 p.m., giving the audience over 30 minutes to anticipate Rayman’s arrival. 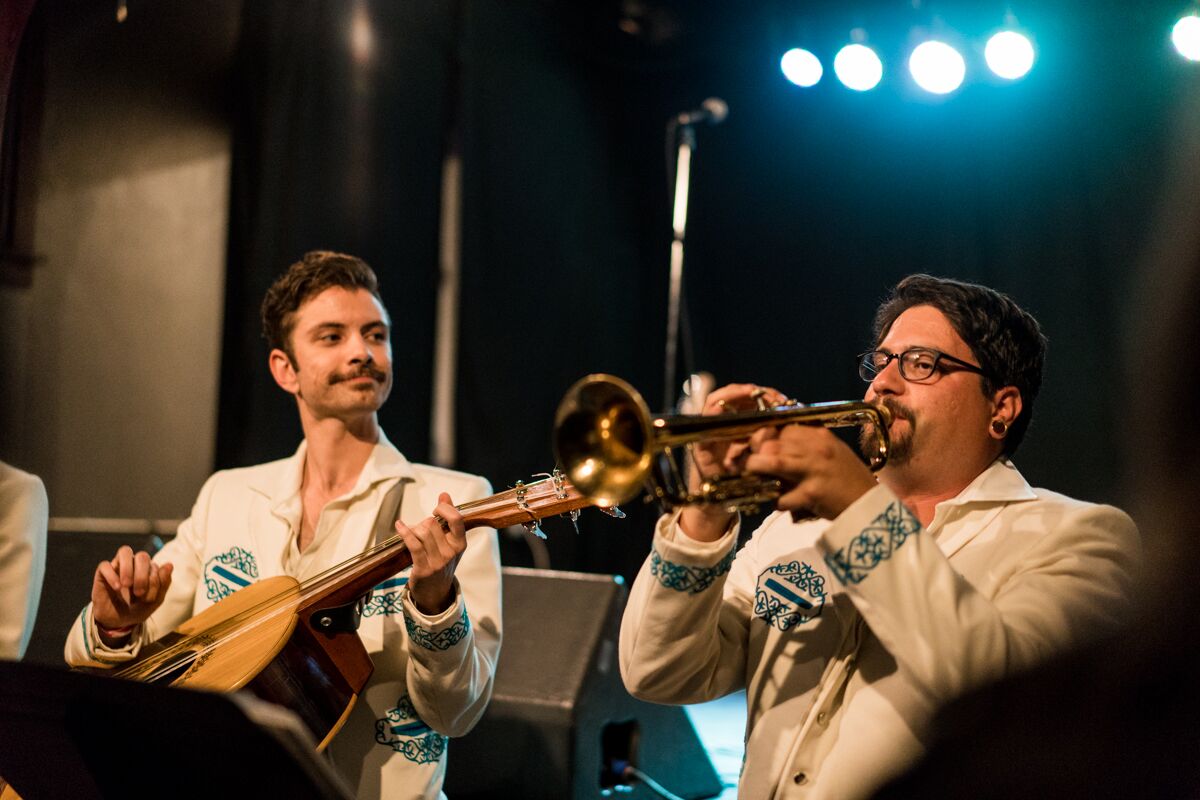 Rayman came on a few minutes after his scheduled set time of 10:15 p.m., but the audience didn’t blame him — the soulful diva persona suits him. He started with “Much Too Much” (his first single in 2016) as he hid behind a baggy black hoodie and red backlighting. Rayman’s rustic whisper-voice could put anyone at ease. After his first song, he mumbled some words, but the only thing we caught was him confessing, “I’m not much for talking…” before taking off his sweatshirt, an act that was met with much applause. With tattoos freckled on his arms and a habit of smoking cigarettes, he’s like the mysterious bad boy your parents never wanted you to date. 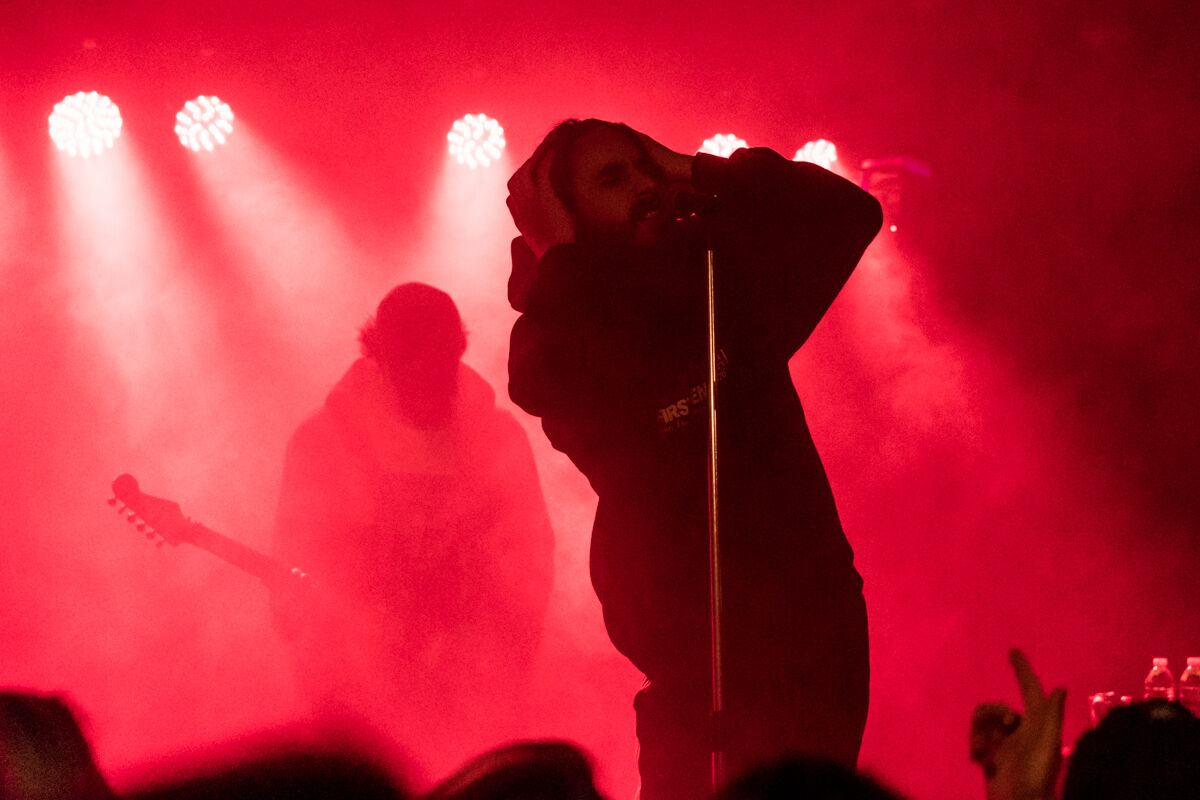 After Rayman’s declothing, things continued to heat up when the first notes to his hit song “Lucy The Tease” began. There’s no denying the sexual undertones (and overtones) in Rayman’s music. Lyrics read, “Now I’ve got you, I’ll never let you go, and don’t say I didn’t warn you.” He’s theatrical on stage — at one point he went behind the side curtain on stage so you could only see his head sticking out. Another time he made hand motions like he was hanging himself with a noose. 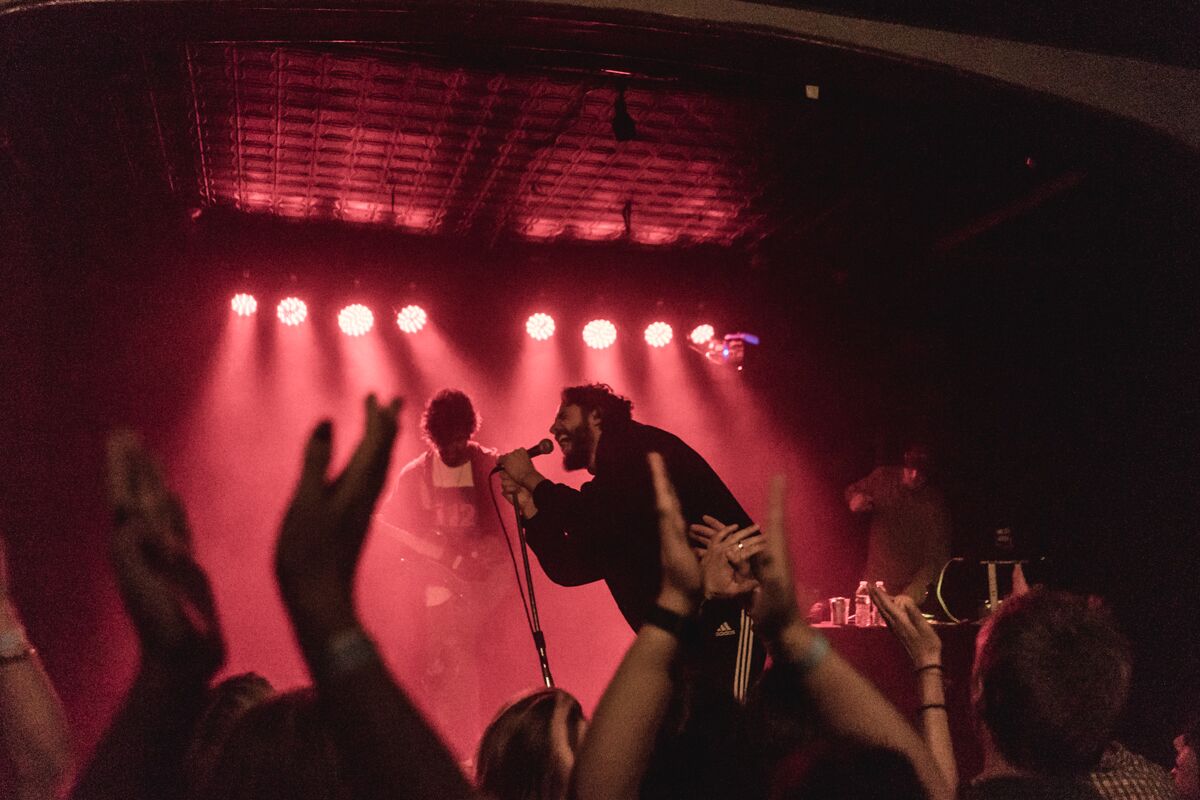 As royal blue backlighting illuminated his silhouette, he sang “13” and “Left Alone.” He then introduced his other band members (playing the guitar and producing) and mentioned something about his palms being sweaty, followed by a nervous giggle. Although he’s hesitant to talk in between songs, he’s confident in his songs and his lyrics. It’s also obvious that he doesn’t let other people tell him what to do — his song lyrics from “Tennessee” read, “This is my dream, my lungs, I’ll die when I want, son.” 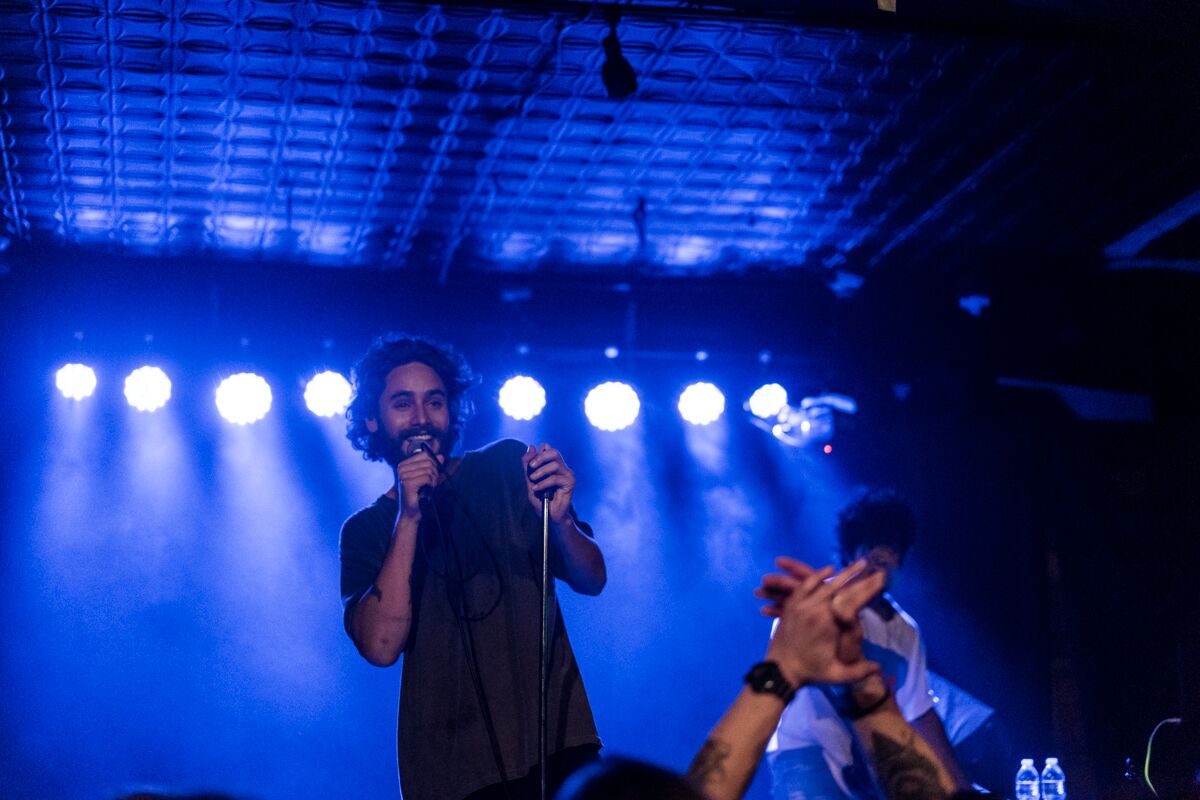 After finishing the show with more backlit and relationship-based songs like “Head Over Heels” and “Beverly,” everyone could tell that Rayman is the type of musician that wants his fame to stay revolved around his music. He already gives us so much insight into his personality with lyrics like, “I like to be on my own,” and “I think I said too much again,” that it’s hard to not forgive him for denying interviews with the press. He doesn’t want us focused on him — he wants us focused on his music, and that’s what we did.