Review – Kings of Leon Conquered the Cold With Their Fans

“We thought no one would come,” said Caleb Followill, lead singer of Kings of Leon, to the sold-out Red Rocks crowd, who simply cheered back to such a silly comment — everyone knows Red Rocks is rain or shine, and the fans are dedicated no matter what the weather condition. And the weather was bleak — overcast, foggy and raining at 34 degrees Fahrenheit. The stands looked like a cheap poncho convention, but everyone was happy.

Dawes opened for Kings of Leon with some slow rock-jams that the crowd bounced to, even in the rain. They played their most well-known songs such as “Things Happen” and “When My Time Comes.” Similar to the headliner’s sound, their vocals were crisp and calming in the autumn mist — a perfect start to the show. 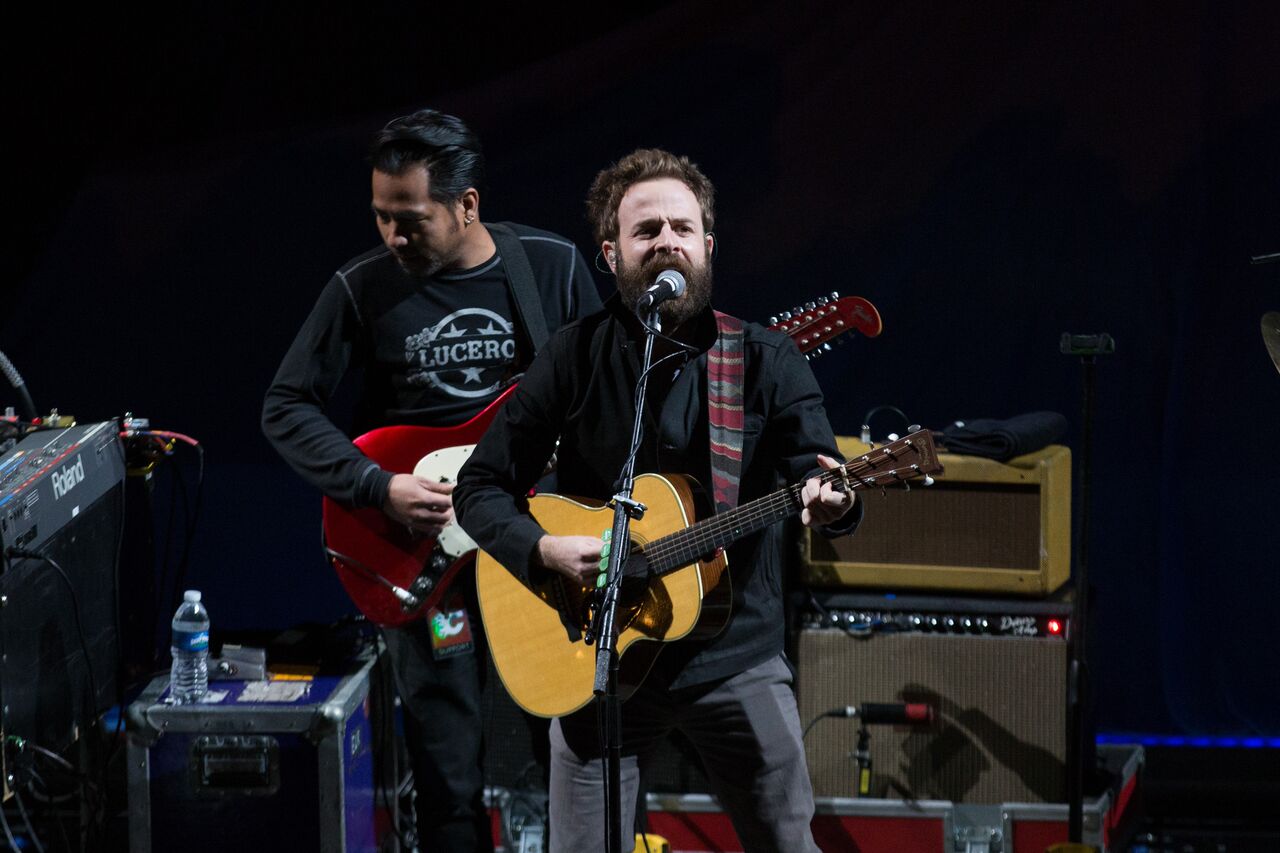 Kings of Leon came on right at 8:30 p.m., starting with “Conversation Piece” from their most recent album WALLS (2016). Their lyrics are translatable to almost any relationship and experience — “Won’t you come my way? It’s a conversation piece.” The rock band was formed by the Followill brothers (Caleb, Nathan, Jared and later their cousin Matthew) in 1999 in Nashville. With seven studio albums and 12 Grammy Award nominations, they had more than enough favorites to play.

“It’s a beautiful night, not the warmest, but still beautiful,” Caleb said before the band jammed out to “Notion” and “Use Somebody.” The stage set-up was simplistic with several screens that changed style with every song. “I cannot feel my fingers right now. So I’m going to do my best,” Caleb said as all the other band members left the stage, leaving him solo to sing a solemn version of “Milk” from Aha Shake Heartbreak (2004). To set the mood, the stage screens and visuals were often off during the slower songs like “Milk.” Next, the band picked up the pace to sing “WALLS,” “Around the World” and “Find Me.” This initiated some trippy visuals on screen, resembling something seen at the Big Gigantic show on Saturday night at Red Rocks. There were videos of people wearing 3D glasses, a pink and blue retro TV set and a huge head with a blurred-out face. 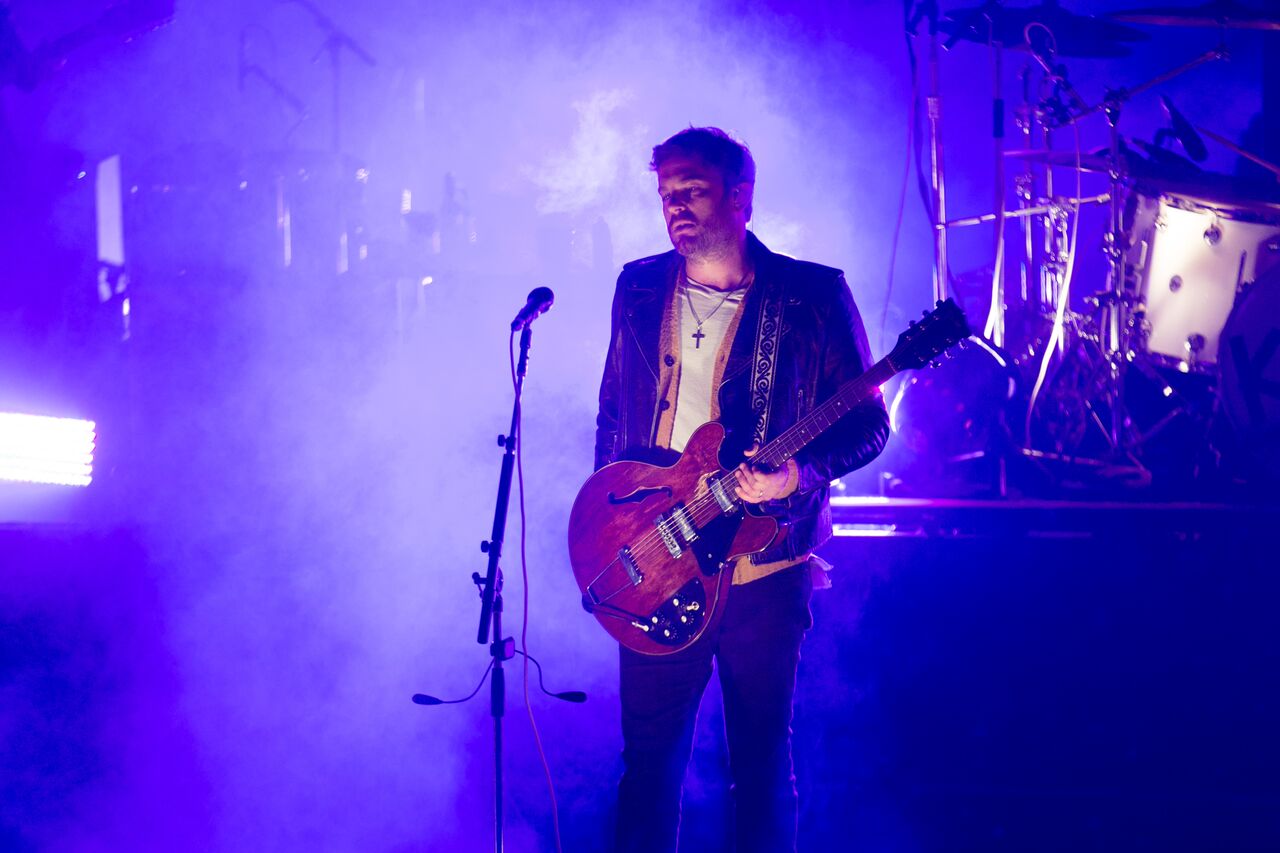 Kings of Leon then played “Reverend” just as it started to rain again, almost like it was a timed special effect in the show. “I know it’s been a really fucking shitty day, but thanks for coming together to distract each other,” Caleb said in regard to the Las Vegas shooting the night before. He then invited everyone to dance to “Back Down South” from their album Come Around Sundown (2010). Every band member was a veteran of the stage – their joy for playing music was evident with their wide grins.

They played “Knocked Up” before ending with their hit “Waste a Moment.” As the intense sound resonated off of the Red Rocks, it felt like everyone in the audience was singing the chorus – “Take the time to waste a moment, never has to be forgiven, name a price for all this living, never has to be forgiven.” The Southern-style band had everyone in their feelings by this time in the night. The only disappointment came when the song ended and the house lights came on as the band waved goodbye. Everyone waited in disbelief that there would be no encore. Although they played for almost two hours, the set still felt short — probably because it flew by, like all incredible concerts tend to do. 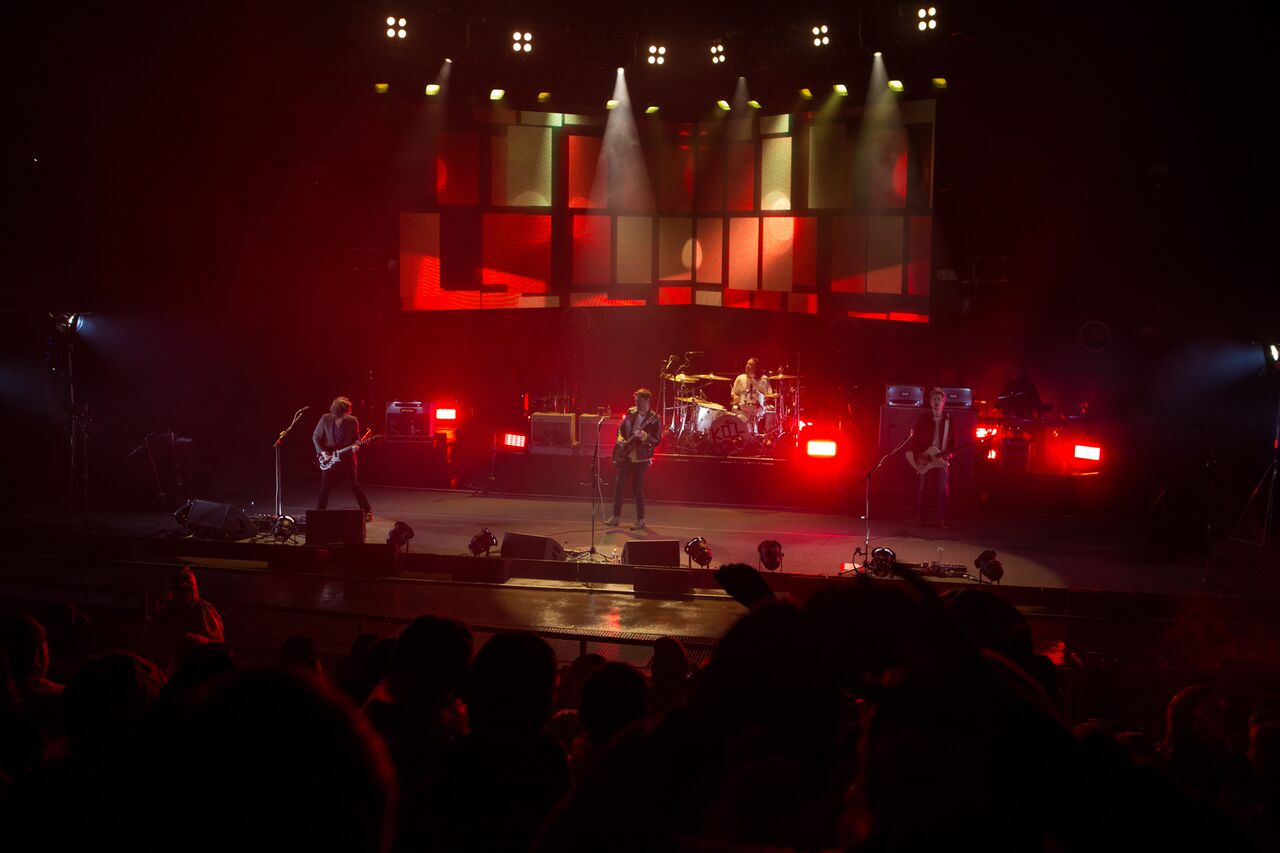