This weekend, Big Gigantic sold-out their sixth two-night Rowdytown show at Red Rocks. Night one featured openers and special guests Keys N Krates, Slushii and Pell, with night two featuring Maddie O’Neal, Whethan and Big Wild. Both nights’ stage was set up with a pyramid of screens and platforms for an inevitably amazing light show.

On night two, Maddie O’Neal got the bass bumping to warm up the crowd starting at 6 p.m. Whethan came on right at their scheduled time of 7:10 p.m. and quickly played a brand new song with high-pitched vocals but groovy and smooth production. Whethan played many of his own remixes of popular songs like Kendrick Lamar’s “Backseat Freestyle” and Kanye West’s “BLKKK SKKKN HEAD.” Throughout Whethan’s set, the large screen behind him played a neon light show with geometrical figures. Towards the end of his set, Whethan gave the crowd what they were wanting with his hit songs, “When I’m Down,” “Can’t Hide,” ending his show by bringing out Mascolo (whose parents were in the crowd) to sing their song “Good Nights.” 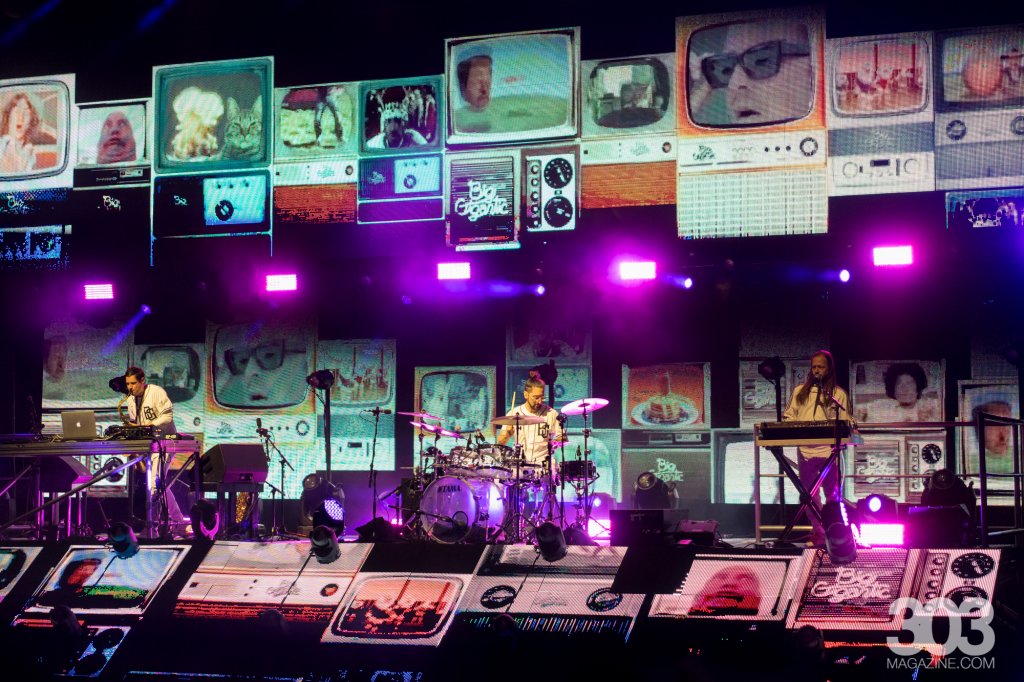 Big Wild came out next with his long brown hair waving in the Colorado mountain wind. He immediately played the funky, tropical beats that he’s known for, using the full bottom screen for visuals that matched his vibe. Some of his visuals looked like modern neon interpretations of Pablo Picasso’s Cubism and Surrealist art. Big Wild announced about halfway through his set that he was going to play his song “Invincible” that came out exactly one year ago on September 30. But before he could start, special guest iDA HAWK (Jessie Arlen) waltzed out on stage wearing a full sequin bodysuit and sheer red overcoat. The crowd immediately erupted in cheers at the beginning notes.

Big Gigantic came on right at 10 p.m. to capitalize on their full two-hour set. As expected, all three levels of the screen-pyramid burst with light and trippy visuals. By trippy visuals, we mean things like a massive cartoon hand that looked like it was pinching one of the trumpet players. Big Gigantic played several of their most popular songs with special guest Jennifer Hartswick including “Got the Love” and “I’ve Gotta Know.” The duo played almost every song from their newest album Brighter Future (Deluxe Version). 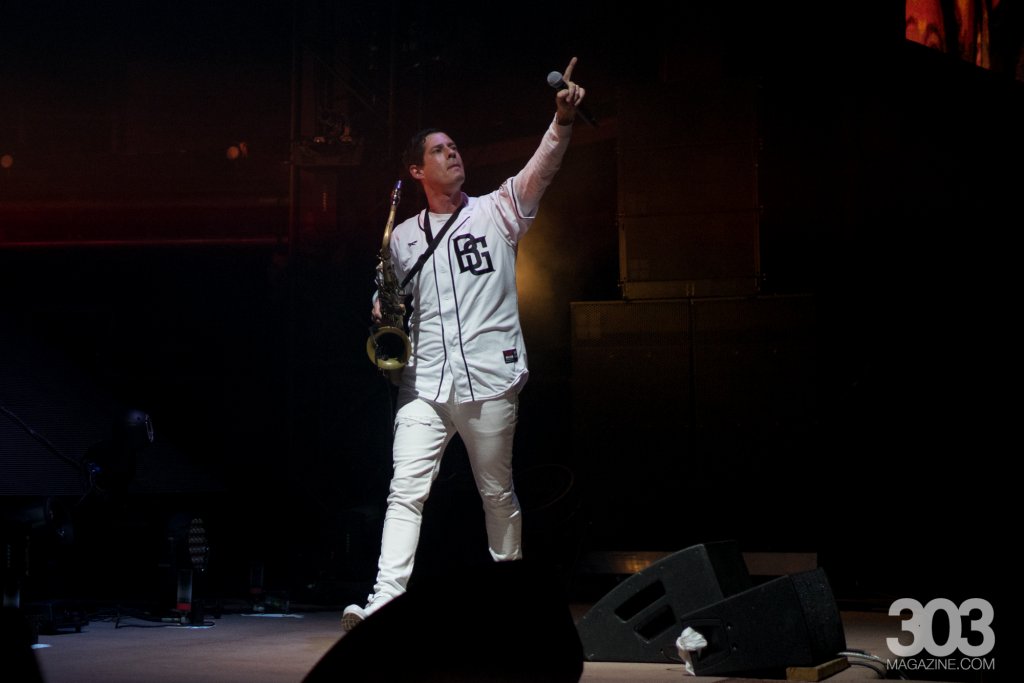 Besides playing their staple songs, Big Gigantic made it interesting with their own remixes of popular songs like Macklemore’s “Can’t Hold Us,” echoing Whethan’s earlier throwback to Lamar’s “Backseat Freestyle.” Throughout the whole performance, the duo had at least five other performers scattered on the different platform levels of the screen-pyramid. When a song would end, the stage would often go black and come back on with the performers having moved to different levels of the screen-pyramid.

The show was focused on intense vocals, brass instruments and visuals, giving the crowd exactly what they wanted. The duo brought out Ashe to showcase a brand new collaborative track called “Friends.” But the biggest announcement came at the end of the night when the group announced that next year they will be bringing Rowdytown to Chicago and New York to celebrate their 10th anniversary as Big Gigantic.