A Kief History on Legal Marijuana and the Current Administration

On the recognized holiday of pot appreciation we took a minute to reflect on the laws, agencies and major players circling around the world of legal marijuana. Up until now the states that went against federal laws to legalize marijuana in any form (medical or recreational) have been in a loose pact with the government following the 2013 Cole Memo from the Obama White House. The Cole Memo instructed that federal funding would not be used to try and shut down any facet of the state regulated marijuana industry. Now with a new administration in place, it is unclear if these decisions will stand. Some powerful mouthpieces of the current administration have begun to imply having the Drug Enforcement Agency (DEA) crack down on state-regulated recreational marijuana may be in the future. Both Attorney General Jeff Sessions and White House Press Secretary Sean Spicer have given cryptic statements alluding to heightened enforcement. President Trump has remained adamant that medical marijuana will remain untouched by the federal government. But Trump’s stance on recreational marijuana has wavered a lot but is also unclear with no new statements from the President specifically since the election. Efforts have been made by state governors and senators to request non-interference in states’ decisions to offer the drug for recreational use but no commitments have been made either way yet, and the DEA has recently reached out to the Colorado Attorney General in inquiring information on marijuana crimes. What could happen to Colorado if recreational marijuana comes under fire from the federal government?

The presence of dispensaries that many Denverites have become so accustomed to was an arduous process. Local politicians and law enforcement checked the expansion against the federal climate when developing regulations and permissions. Various memos from the Obama administration were given the green light the state government was waiting for, like the Ogden memo in 2009, sent from then Deputy Attorney General David W. Ogden asking states attorney’s to avoid using precious resources to prosecute items around medical marijuana, and the Cole memo in 2013. Both of these memos in tandem with efforts from local governments and activists groups created the climate that allowed the marijuana industry, medical first and then recreational, to boom. Understanding the difference in these factions of the industry is really important. 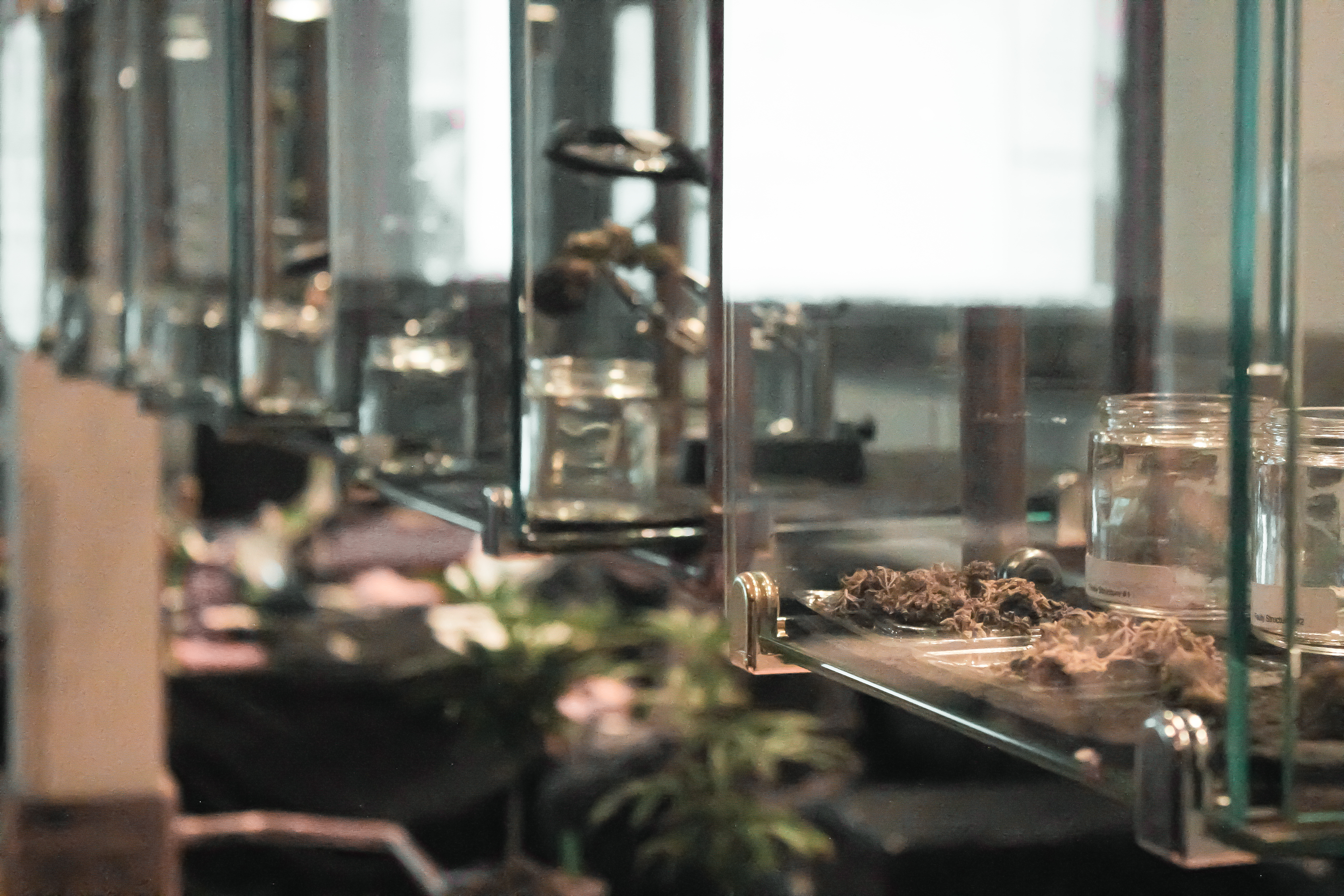 Following the legalization of recreational marijuana in Colorado in 2012, a person over the age of 21 could legally possess up to an ounce of marijuana or marijuana products for personal consumption with only their ID and cash — no prescription, residency or doctor’s note needed. The industry blew up, creating a burgeoning, infant, cash only marketplace. It garnered national attention and an influx of tourists and career hopefuls inundating the state and its’ proud capitol – Denver. Due to federal prohibition banks often denied services to dispensary owners causing the huge security question, how to stay safe with large quantities of marijuana and cash on hand. This vacuum created a new security industry, paid in cash, to protect the profits and transport the desirable materials from one location to another. Tax income in the millions started to roll in and get divided between the state and the counties. There were consequences as well; a steadily growing population was racing past the existing infrastructure of the state, rent prices soared to Manhattan levels but city amenities did not and in addition to the productive population, a new swell in the homeless population would sweep the headlines in a matter of years. These interweaving financial details prove that it is not just the recreational growers and sellers at risk if the DEA is given the green light to shut them down, it is the fringe industries that have grown around them.

The friendly, or perhaps ambivalent Obama administration, contributed a lot the establishment of a valid, state government regulated marijuana industry in Colorado. In addition, it fostered a number of related industries like security and influenced greater economic growth in the state. From 1990 to the 2016 campaign trail President Trump has made many statements on legalized marijuana, but identifying the difference between medical and recreational is causing some confusion. In 1990 Trump told the Miami Herald, “We’re losing badly the War on Drugs. You have to legalize drugs to win that war. You have to take the profit away from these drug czars.” Yet, in a 2016 interview when Bill O’Reilly asked him about recreational use in the states Trump’s response was more convoluted. “I would really want to think about that one, Bill. Because in some ways I think it’s good and in other ways it’s bad. I do want to see what the medical effects are. I have to see what the medical effects are and, by the way — medical marijuana, medical? I’m in favor of it a hundred percent. But what you are talking about, perhaps not. It’s causing a lot of problems out there,” said Trump. He also noted in a campaign trail tweet that, “In terms of marijuana legalization, I think that should be a state issue, state-by-state.” Trump has not been vocal since taking the office but has appointed many staunch marijuana prohibitionists, including his Attorney General Jeff Sessions. 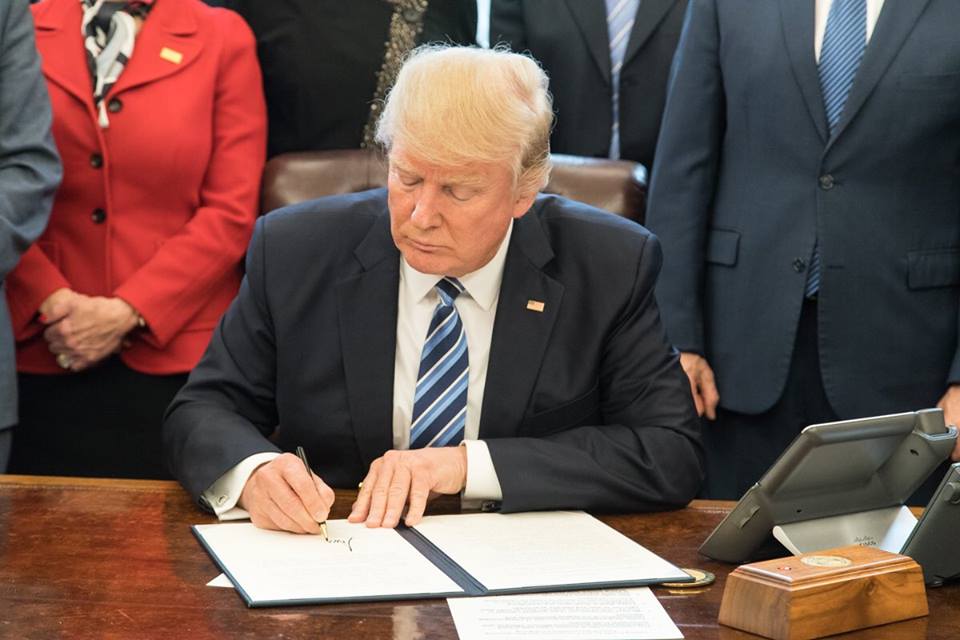 Sessions has a long history of speaking out against marijuana specifically and is a vocal supporter of the war on drugs especially under the Reagan Administration. Due to the fact that the marijuana industry in Colorado flourished the most following federal level memos supporting decriminalization, there is a valid concern that there could now be a reversal of those decisions, jeopardizing the recreational side of the industry.

Some republican congressional representatives have reported personal assurances from Sessions prior to his confirmation that no change would take place in drug enforcement priorities. Since the confirmation Colorado Republican Senator Cory Gardner has said, “Nothing at this point has changed,” following a one on one meeting with Sessions. Recently, however, White House Press Secretary Sean Spicer inferred at a press conference that the administration is moving towards distinguishing recreational from medical use and will be looking at greater enforcement cracking down on recreational in order to combat opioid addiction. (See video below). Following this press conference, a bipartisan letter was sent from various senators to Sessions asking him to continue a non-interference policy regarding state laws. This has left many people wondering what Spicer meant and if the president or the DEA believes there is a link between states’ permissiveness around marijuana consumption and opiate use. There are no known links between open consumption of marijuana and opiate addiction but following the press statement many parties are looking into it. In the president’s March 29 Executive Order regarding combating drug issues in the US there was no explicit mention of marijuana only of opiate prescription drugs and street narcotics, so there is a possibility that research indicated to the White House no clear connection and the Spicer comments were an outlying opinion.

Cotton Mouth in the Colorado Congress

In Colorado, the recreational industry has grossed near a billion in the last fiscal year and tax revenue has stayed in the millions for years running. As a result of uncertain futures, the Colorado Congress was quick to introduce a law that would create an easy transition from recreational dispensaries to medical, Senate Bill 192 (you can track its progress here). While the Trump administration has been friendly to medical marijuana there is a federal law on the books preventing resources from being allocated to shutting down medical operations that are compliant with state laws, so their opinion is moot.

It is not just the tax revenue that impacts Colorado and its economy. Pioneering a legal industry has created an entirely new ecosystem, an influx of hopeful employees, a housing boom and the opportunity for people once considered habitual drug users to find a place in corporate America. We spoke to Matt Marshall, a rising star in a national marijuana management consulting firm. According to Marshall, “It’s going to be a lot of posturing, a lot of talk and a lot of scare tactics.” His firm and many others who are big players in the marijuana industry are doubtful that these threats from the current administration will come to pass, “[In the last election] more people voted for legal cannabis than for Trump or Hillary. More Americans can agree on legal cannabis than a presidential candidate.” A Gallup Poll taken around the 2016 election measured the support of full legalization of marijuana at 60 percent. Eight out of the nine states with proposed marijuana legislation passed even with the uncertainty of a new administration in the White House.

When pressed further on the effects that a DEA crackdown could have on the industry Marshall conceded that should a DEA crackdown take place it would be the ma and pop store fronts that are hit. Anyone with just a single recreational dispensary or who just invested in a private space to host marijuana tourists stand to lose everything and those growing industries that have flourished around recreational marijuana will have to adapt or die. Those who have positioned themselves on the back end of the industry, with large out of state investors and multi-faceted products and grow operations, will be protected by SB 1922.

Governor Hickenlooper, a self-proclaimed skeptic of legal marijuana, has made the rounds speaking up about what he refers to as, “The greatest social experiment of our time.” Maintaining that the Obama era hands-off-states approach is tried and true and worth keeping in mind. While Hickenlooper is not explicit on the talk show circuit about what action he would take if there was friction between federal government and Colorado’s regulated industry, the message is consistent – we’re in the middle of something and we are going to see it through, because it is what the people voted for, anyone in disagreement can just put that in their pipe and smoke it.

In addition to federal level concerns, a growing concern is rising about the effects of Colorado’s laws that are coming up to combat illegal growers taking advantage of Colorado’s legal marijuana infrastructure. In this year alone multiple bills are being passed through the houses in Colorado’s Congress to limit allowed plants, move co-op grows and redirect more financing to help reduce illegal operations. These measures developed to combat the rising “grey market,” the shady area between legal and illegal marijuana growth, distribution and trafficking are on the mind of the governor. Hickenlooper recently signed a bill into law that would punish anyone advertising marijuana without a retail license. These extra measures are part of what Hickenlooper refers to as a swift response to rising busts by the DEA, but it is unclear what the extent of restrictions will be and how they will affect the industry at large. It is also unclear, as of now, where the DEA’s interest really is in Colorado.