With beer festival season right around the corner, I’ve been reflecting on what makes a memorable event. I’m lucky enough to attend many festivals throughout the year and, for better or worse, have developed a mental list of items I hope for when attending.

With a reasonable amount of assurance, just about any event with the word “beer” on the marquee is likely to be filled with a devout group of enthusiasts. A specific theme though, no matter how broad, helps to bring a festival into focus. Even something as simple as the Bacon and Beer Classic earlier this month, which promised only two things—bacon and beer—was enough for participating restaurants to build an entire dish around, and for brewers to offer pork-friendly pairings.

People also just flat out get more into a theme. Try going to any Oktoberfest without seeing people clad in lederhosen or an IPA festival without people wearing wreaths of hops. 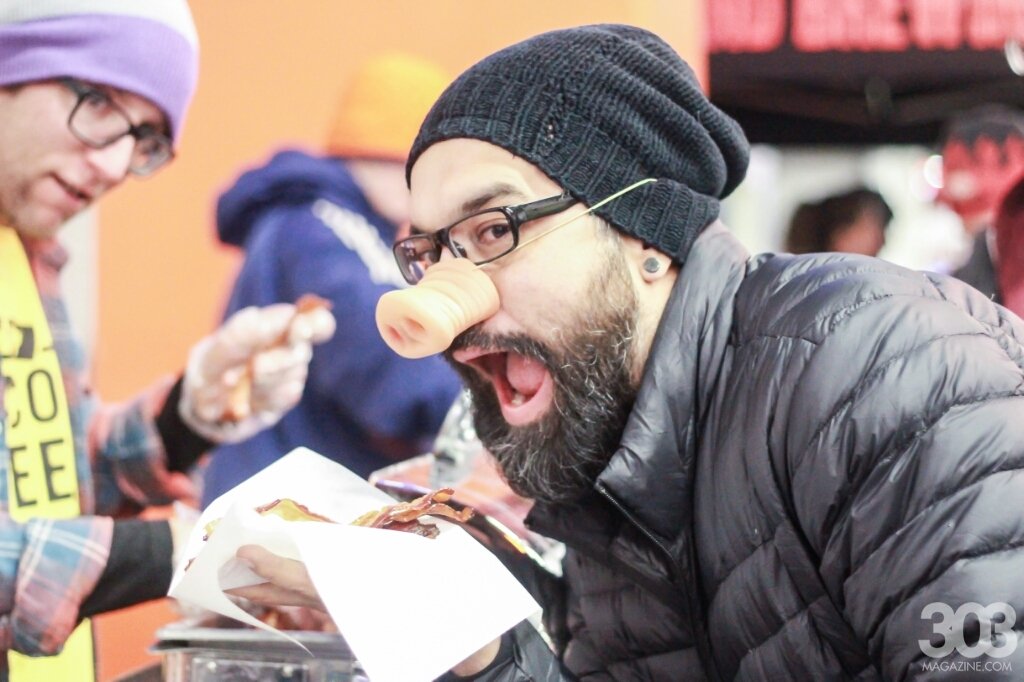 Make Patrons Feel Like They’re Getting a Good Deal

Gone are the days of inexpensive drink tickets and $20 festivals. These days, expect to drop at least $50 or more for even the smallest of events. Sure, it costs quite a bit to run a festival, but there are several things well within the control of organizers that can make or break an experience. Never run out of food or beer. This seems simple, but it happens all the time. It would be difficult to require breweries to bring an unlimited amount of kegs, but at the same time, running out halfway through is simply not acceptable. The same goes for food. I’d rather have to pay a little extra to guarantee a steady supply of snacks than get stuck with a single bag of complimentary pretzels 10 beers in. 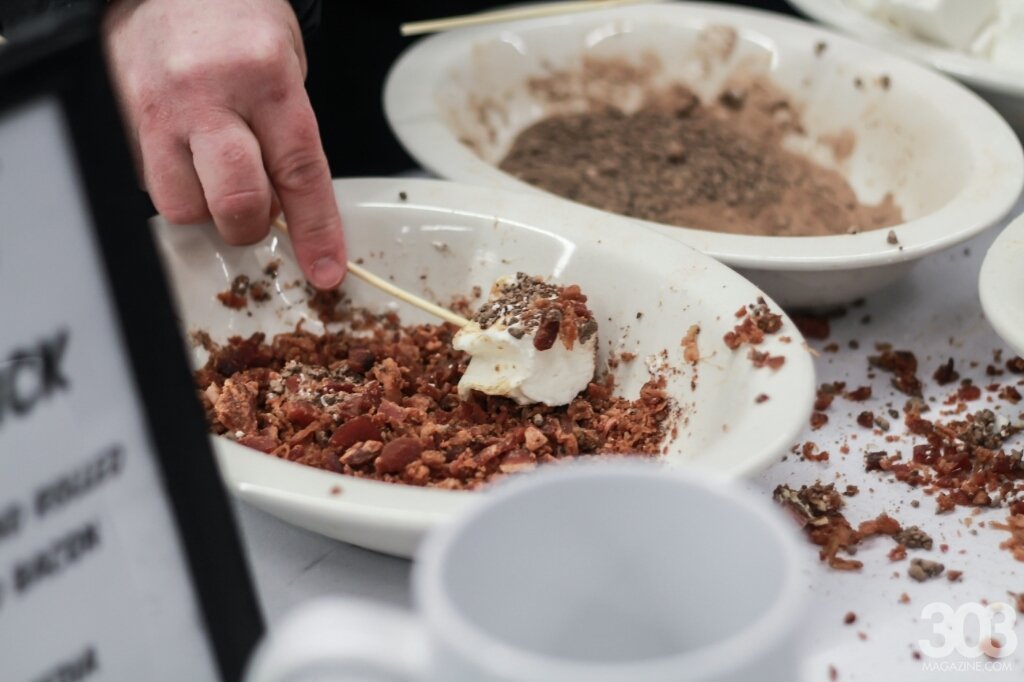 Don’t Skimp on the Venue

There isn’t a single space in Denver that will likely turn down a paying customer. In the past year I’ve gone to beer events at Sports Authority Field at Mile High, the Wings Over the Rockies airplane hangar, the Colorado Convention Center, and the Colorado State Capitol lawn. I’ve also gone to events on the bottom floor of a crowded restaurant and a warehouse with booths that brought back memories of career day in high school. If you don’t think standing on the field at Mile High with snow slowly coming down and sparkling in the stadium lights isn’t something that is going to stick in mind, then you can have your high school gymnasium festival. 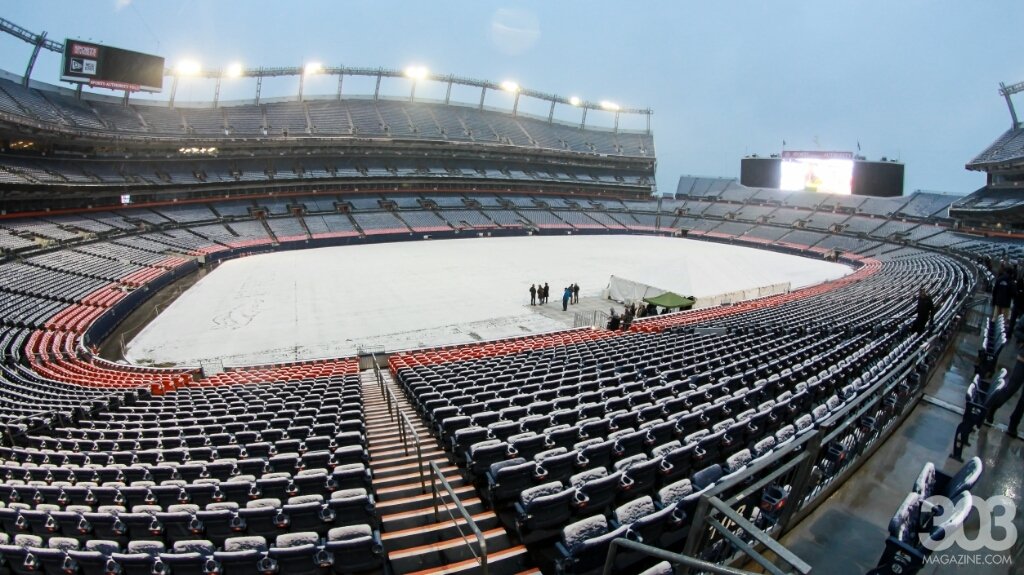 The Little (and Quirky) Details Count

I still get chills hearing the bagpipes play when entering GABF. Does it have anything whatsoever to do with beer? Probably not, but it gets me amped from the get-go. I’ve even become a glassware snob for the samples. The shot glass, plastic cup, or mini snifter isn’t just something to drink beers out of for three hours, it’s a traveling advertisement throughout the years for each patron. Save for the few glasses that were left on bathroom sinks, in cabs, or dropped on the way home, I still have just about every tasting glass from the past few years. They have ended up being great conversation starters and make you remember the event every time you glance at the label. 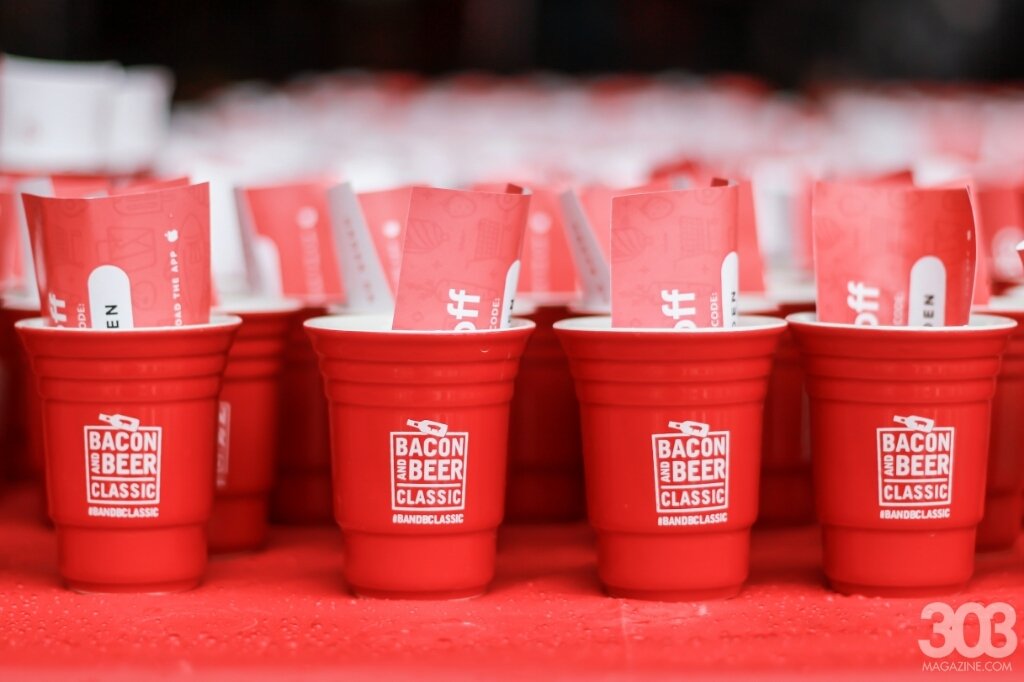 Not your average red party cup at the Bacon and Beer Classic. Photo by Romeo Fernandez.

I’m biased in that I ask a lot of questions about a new beer and how it’s made, but it drives me nuts when the person pouring the beer either has no affiliation with the brewery or doesn’t even know what they are serving. The main reason to attend a festival as a brewery is for exposure. Breweries make no money, and are likely paying to be there, so if you’re going to make that investment, send someone who can actually talk about the thing you’re most passionate about. And for the event organizer, if you require real brewery reps to pour the beers, the inquisitive patrons will be much more interested in returning the following year. 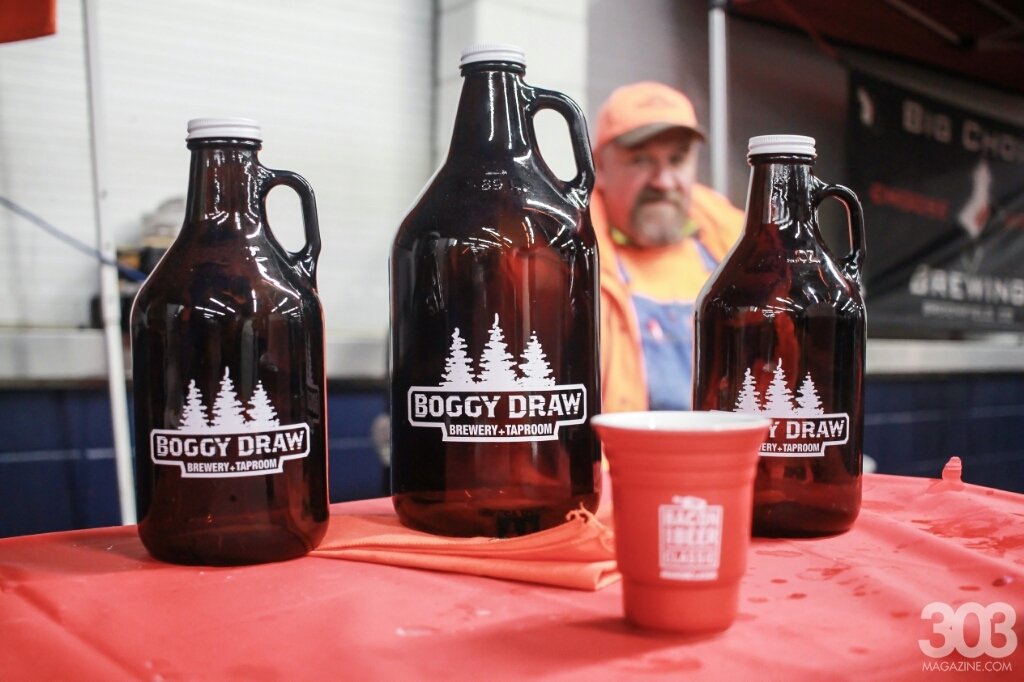 Side events help break up the day and also keep people from getting (even more) completely obliterated. A lot of groups are happy to set up a booth for free just to get their message out, and will probably even pay to do so. Homebrew contests are a great way to get not only participants stoked for attending, but they are likely to encourage their friends to join as well. I think I’ve also seen some sort of dog rescue at pretty much every event I’ve attended in the last few years as well, and hey, how can you be an angry drunk with puppies staring up at you from a little pen that conjures up Sarah McLaughlin’s “I Will Remember You”?

Festivals are a great way to try beers from breweries you haven’t managed to visit in person, however being a beer fan in Colorado means that you probably have visited a good number of them. So if you’re a regular on the festival circuit, bring something new. If I can get your amber ale at 90 percent of restaurants in Denver, maybe bring your new barrel-aged brew or quintuple IPA. I attended a recent event that was sponsored in part by New Belgium. I would be remiss if I didn’t say I wasn’t a little disappointed because I figured there would likely just be Fat Tire, Sunshine, or one of their other ubiquitous beers on tap. To my surprise a new beer, Citradelic, was being poured. Not only was I excited to try something new, but appreciated that they didn’t phone it in as would have been much easier. 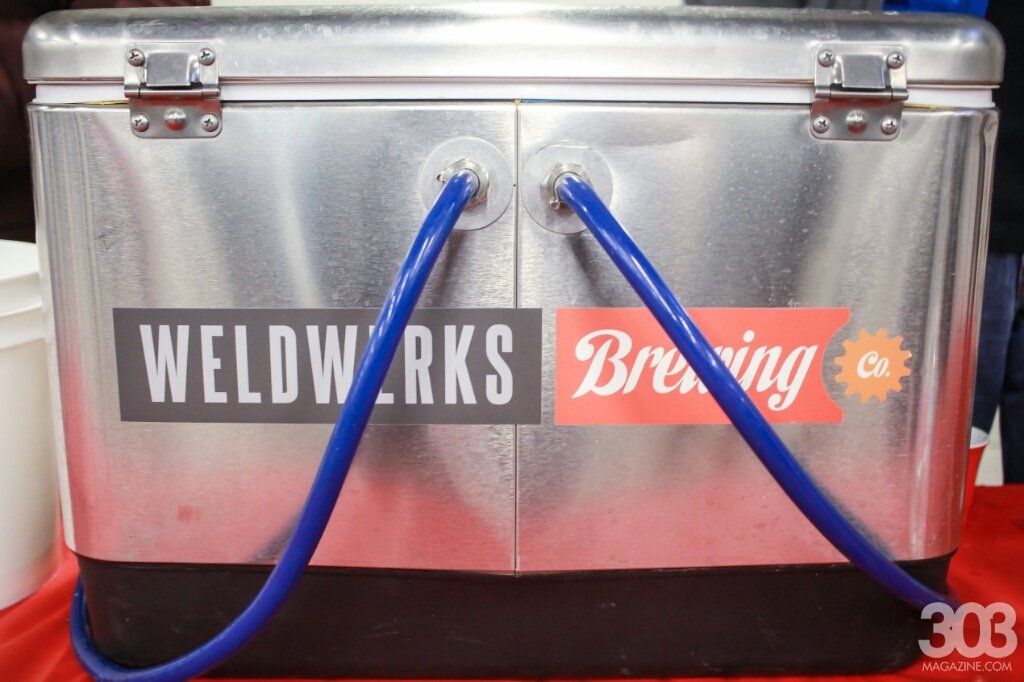 One of the better new breweries in Colorado, expect WeldWerks Brewing Co. to mix up their tap offerings at each festival. Photo by Romeo Fernandez.

This is a tough one, but most people aren’t going to drive to the event (or at least they shouldn’t) unless they have a designated driver. Many events sell discounted designated driver tickets where they have access to a special lounge or get better food, but teaming up with a ride-share service for discounted fares has been my favorite as a festival-goer. Buses can work for smaller events, but if you have to wait outside in the sun after drinking your own weight in beers, that’s a great way to make someone have second thoughts about attending the following year.

Oftentimes you’ll find a VIP ticket available for purchase that gets your exclusive benefits like access to another tent or additional food and beer options. By having another section restricted to certain ticketholders, you’re also alienating the general admission patrons and making them feel like they aren’t getting the full benefit of the festival, making it a lose-lose situation in my opinion. Rather than having a special section or perks, just offer high-quality items to all guests and everyone wins. It’s better to charge a little extra to everyone than a lot to a very small percentage of people, that way everyone gets the full experience and everyone is then more likely to re-visit in following years. 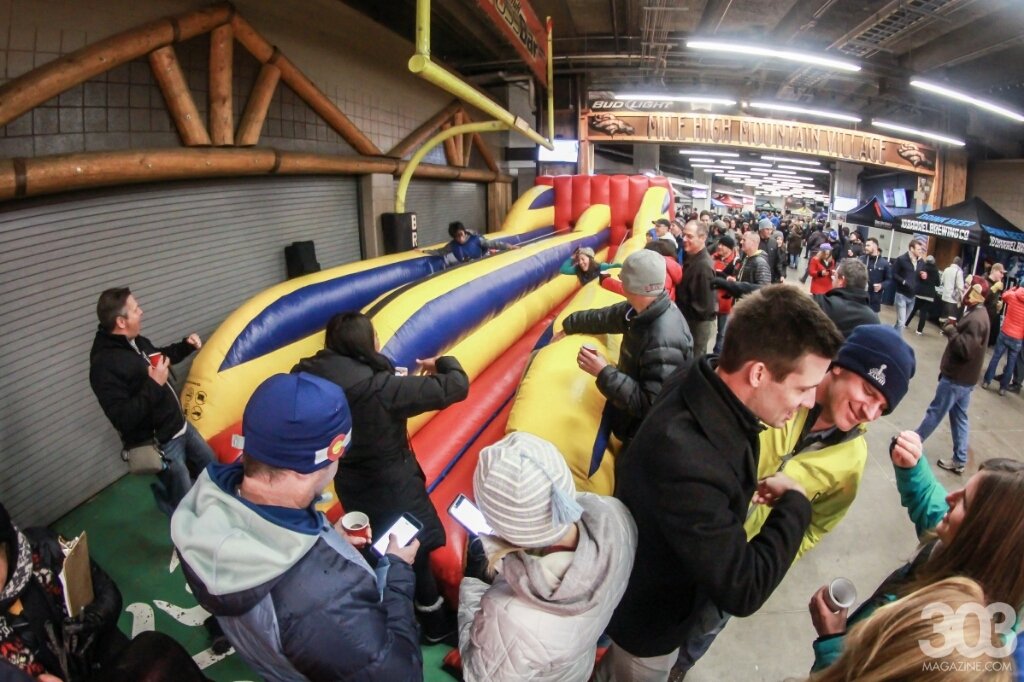 This last suggestion is actually for the festivalgoer. One action by an annoying participant can have a huge impact on someone’s day, so be mindful of how you act. The lines are always going to be long, so even though you may love the brewery or have questions about the beer, keep it brief or at least step to the side after getting your beer. You don’t have to sip your tasting the second it’s poured, so make that one side-step and see if the person pouring has time to chat. Also, not everyone is there to get wasted. In fact, it’s pretty rare that a majority of people are getting fall-down drunk at events, and I think a lot of that is owed to the quality of beer available now.

We aren’t drinking beer for the sole purpose of getting drunk because it sucks, we’re drinking it because it tastes good. We’re all going to over-indulge now and then, but keep it classy, Denver.