Seed to Space, Part I – The Partnership of the Squeaky Bean & Warren Tech

A thin layer of morning frost dusts Bean Acres, the three-acre farm situated on the western reaches of the Warren Tech campus in Lakewood, as the crunch of boots on snow breaks the silence offered by surrounding Jefferson County open space. Despite the late-winter weather, inside the warmth of a 6,000-square-foot greenhouse, Josh Olsen proudly shows off healthy heirloom tomatoes—the hues of golden greens and resplendent reds deeply contrasting the stark, arid foothills.

A selection of these tomatoes and an assortment of the sundry produce and herbs harvested on the farm will make its way into dishes at downtown’s Squeaky Bean, dinners hosted by Warren Tech’s culinary program, and consumers’ canvas bags at the upcoming Union Station Farmers’ Market. While the sight of a radiant harvest in the heart of February is impressive, the true impact of Bean Acres is manifested in much larger concepts of education and collaboration: Between teacher and student, farmer and consumer, and finally, the unlikely pairing of restaurant and vocational high school. 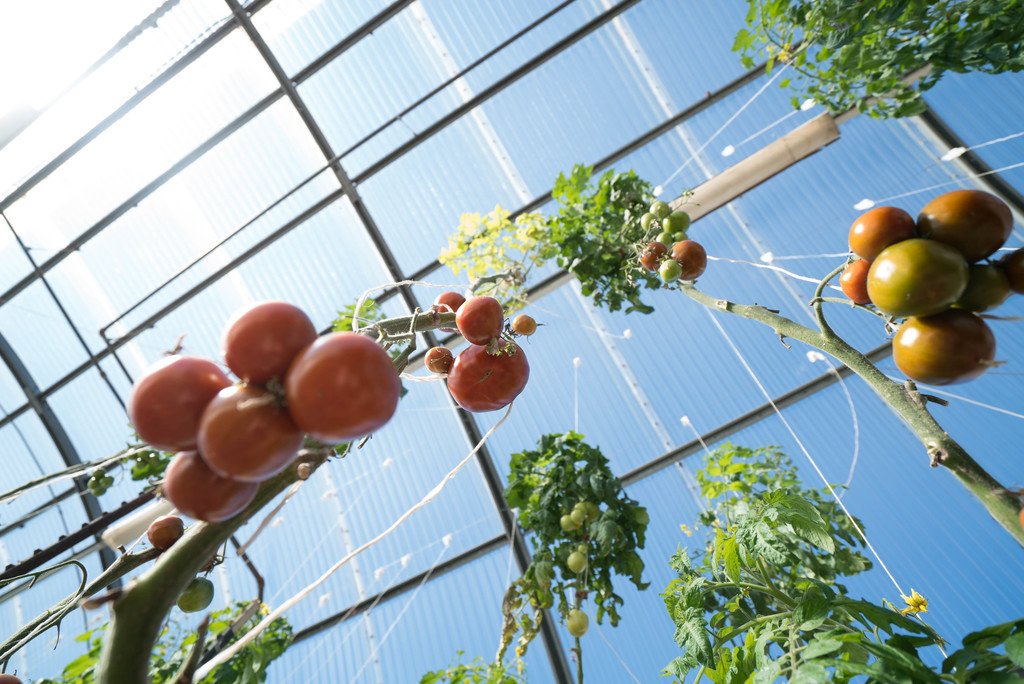 Tomatoes growing up vines in one of Bean Acres’ greenhouses.

At its core, Bean Acres is a symbiotic partnership between Warren Tech and the Squeaky Bean. Spearheading this collaboration is Josh, who—between his responsibilities of partner and chef at the Squeaky Bean and technician at Warren Tech—has served as a veritable middleman between the two disparate establishments. After leaving his sous chef post at Panzano in 2009, Josh became a partner at the Squeaky Bean, where he eventually cooked brunches and maintained the 1,600-square-foot raised beds behind the original Highland location. During this self-described transitional period, Josh also worked at Aspen Moon, a biodynamic farm in Longmont. “A lot of everything I learned, at least how to build it, how to grow it, how to seed it—other than learning as I go—I learned from Aspen Moon.”

“Farm-to-table was booming at that time and I said to Josh, ‘you have that land out on Iris and Colfax, want to expand it and show us what you’ve started?’”

Following the Squeaky Bean’s relocation to LoDo in 2012, Josh oversaw the one-acre (and appropriately named) Squeaky Acre at Iris and Colfax that would serve as a precursor to Bean Acres. However, it was actually Josh’s brother, Nate Olsen, a S2TEM (science, sustainability, technology, engineering, math) instructor at Warren Tech, who serendipitously coordinated Bean Acres, some two years ago. “Farm-to-table was booming at that time and I said to Josh, ‘you have that land out on Iris and Colfax, want to expand it and show us what you’ve started?’” 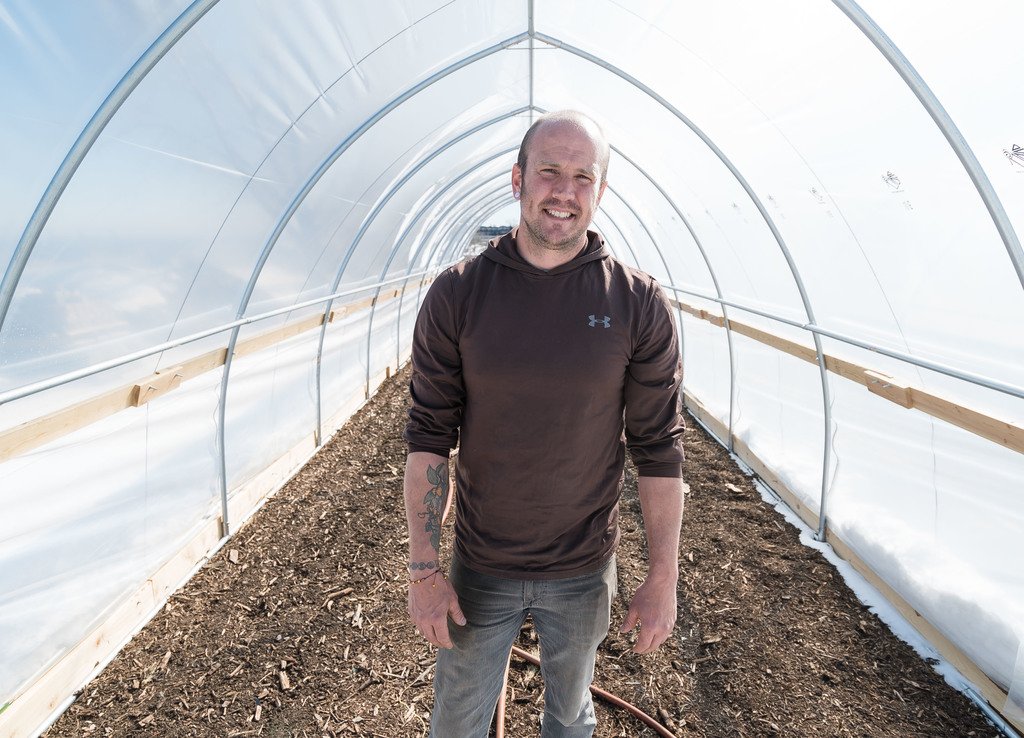 Josh Olsen, partner and chef at the Squeaky Bean and technician at Warren Tech.

Heeding his brother’s advice, Josh began teaching classes and seeding plants with Warren Tech students. At first, possibilities were limited: Starts were transplanted to Bean Acre and outside water was transported to the the two greenhouses. Although horticulture was among the original programs when Warren Tech was founded in 1973, it was suspended in 2009 due to low enrollment numbers. Neglected for almost five years, the land had become an eyesore. “The weeds were six feet high, the greenhouses had holes in them,” said Nate. “There was even some vandalism.” 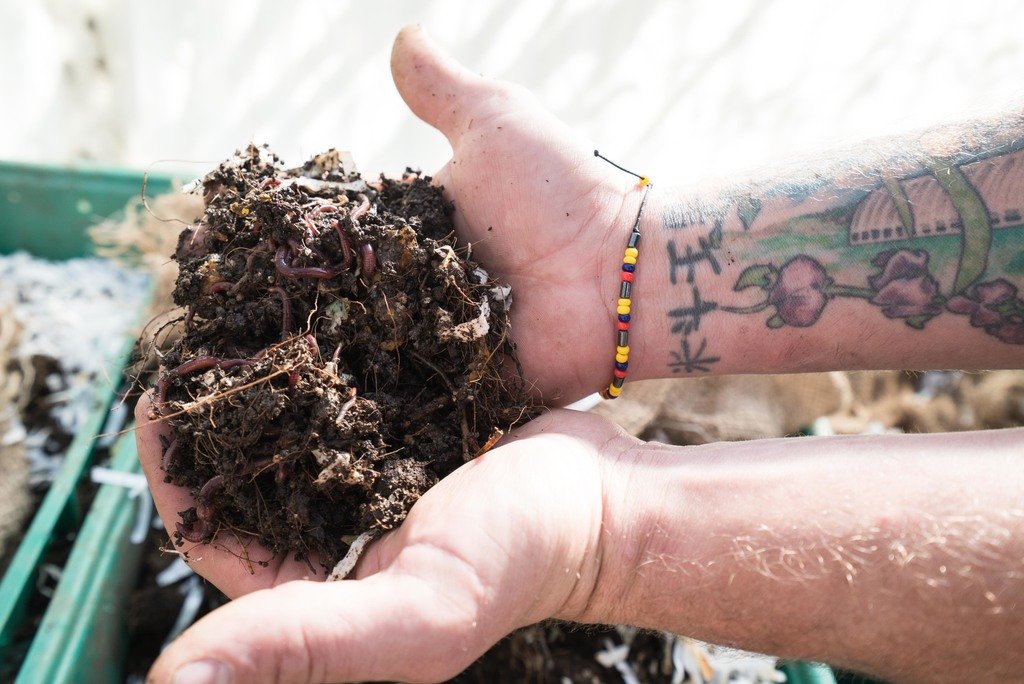 This all changed in the winter of 2014, when Josh sat down with Warren Tech principal Joseph Shaw to discuss the possibilities of tilling the abandoned land. Working with original greenhouses from the ‘70s, Josh and his team rebuilt the derelict structures and implemented high-tunnel and raised-bed farming methods along with a sustainable composting program.

In the past two years, Josh, his brother and a dedicated group of Warren Tech students have transformed a patch of weeds into a thriving ecosystem that fosters progressive, sustainable growth and furthers its driving factors of collaboration and education.

Bean Acres’ cyclical, organic farming program revolves around the restaurant, the Warren Tech culinary program and the upcoming farmers’ market. Even in the heart of winter, the Squeaky Bean diners are afforded fresh produce. To ensure this synchronicity, Josh works with executive chef Chris MacGillivray to coordinate Bean Acres’ efforts. “Being farm-to-table, we might bring in something [to the restaurant] different—maybe earlier than [chef] expected, maybe a little later,” Josh said. “As [chef] gets the inspiration, he starts writing it down. We talk about the seeds in December and January when I’m doing my seed order…He lets me know what he likes and I’ll grow as much of that as I can.” 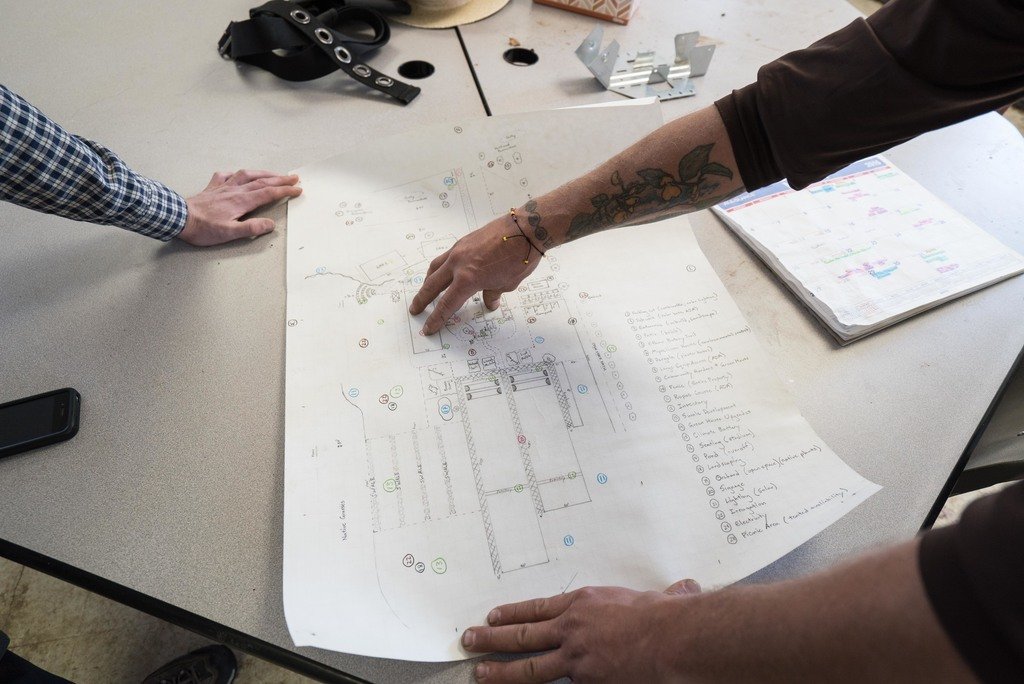 In the past two years, Josh, his brother and a dedicated group of Warren Tech students have transformed a patch of weeds into a thriving ecosystem that fosters progressive, sustainable growth and furthers its driving factors of collaboration and education. Josh eagerly discusses plans for the future, which include solar power installation, implementation of a permaculture swale system—a water-harvesting design that’s designed to collect or redirect water as it drains—and the potential of a ropes course lining the perimeter of the garden.

As these ambitious plans indicate, work has just begun. However, their efforts have not gone unnoticed—last year, the farm was awarded a City of Lakewood 2015 Community Sustainability Award. To further highlight the fruits of their labor, and the reciprocal relationship between restaurant and high school, Bean Acres will play host to farm dinners starting this Sunday, March 20. The ongoing series will feature produce grown on the farm, prepared and served by the Squeaky Bean team and Warren Tech culinary students. 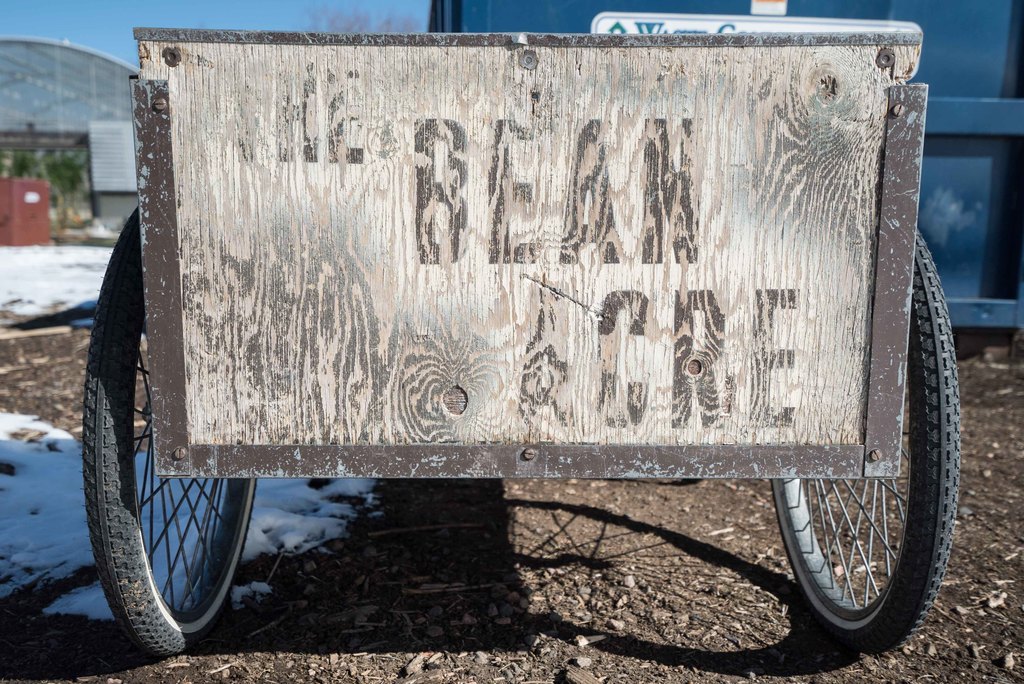 Between the multifaceted educational influences on Warren Tech students and the monetary and community-facing impacts of upcoming dinners and farmer’s market distribution, the Bean Acres’ significance begins on a hyper-local level. And, for anyone who’s ever enjoyed a Bean Acre baby greens salad knows, the farm’s influence is apparent at the Squeaky Bean. However, after considering Bean Acres’ innumerable benefits on an even larger scale, the true impact becomes much greater—astronomical, even.

To support this project, go here for tickets to their annual fundraiser featuring seven of Denver tops chefs on September 18 at 5 p.m. at Acres Farm at Warren Tech 13300 West Second Place Lakewood, Colorado.