Good Stuff You Might Have Missed Over the Years

Ever wonder about some of the entertainment that might have missed your radar? There are so many movies out there — you can literally search almost any movie title and something will come up. There isn’t enough time to watch every film, documentary and short, so Film and TV staff at 303 Magazine is here to give you a little help on catching up on some of the good, creative, and just plain entertaining films that might have missed your TV screen over the years — so here are the top 5 movies you’ve (probably) never seen.

The East is an independent film that I happened upon by accident, but I was unexpectedly hooked just within the first couple of minutes. This film is written and directed by Zal Batmanglij — who literally uses the same actress in every one of his films — Brit Marling, known for Arbitrage and Another Earth. The movie is about Sarah, an agent for a private intelligence agency who is given the assignment to infiltrate a so-called “terrorist” organization; she has to become one of them, and along with that, watch and report everything they do. However, there is a little bump along the way… a thing called love… with the leader of this anarchist group. I know it sounds cliché, but this movie has a way of taking the stereotypical situation and delivering what, as the audience member, you expect to happen, however, not in the WAY you expect it to happen. It also features some other big-name actors such as: Ellen Page, Patricia Clarkson, Julia Ormond and Alexander Skarsgård, known for his role as Eric in the hit series True Blood, whose castmates our magazine has become very familiar with — Riley Smith and Nathan Parsons. It is a thrilling and unexpectedly addictive film which I would highly recommend audiences to check out!

Oscar is actually a family favorite around my household, and has become something we quote quite often in our daily conversation. Made in 1991, Oscar was directed by John Landis, known for his work on The Blues Brothers and Twilight Zone: The Movie. The film is a comedy set in a city during the 1920s, where gangsters were more glamorous and Angelo “Snaps” Provolone (Sylvester Stallone) was the king of them all. The story begins when Angelo promises his dying father that he’ll leave the life of a gangster and pursue and honest living as a banker and businessman. Having no experience in anything legitimate, a series of problems ensue as he tries to fulfill his father’s dying wish. This proves to be a difficult task with the police watching his tail, incapable of accepting his change in career, along with bankers to impress, and a wannabe son-in-law who is seeking the hand of his recently impregnated daughter. The dialogue moves fast, but if you can keep up then you will keep laughing; it is witty, fast-paced and highly entertaining. You will also get to see a young and bratty Marisa Tomei and an awkwardly eloquent elocutionist, played by Tim Curry. 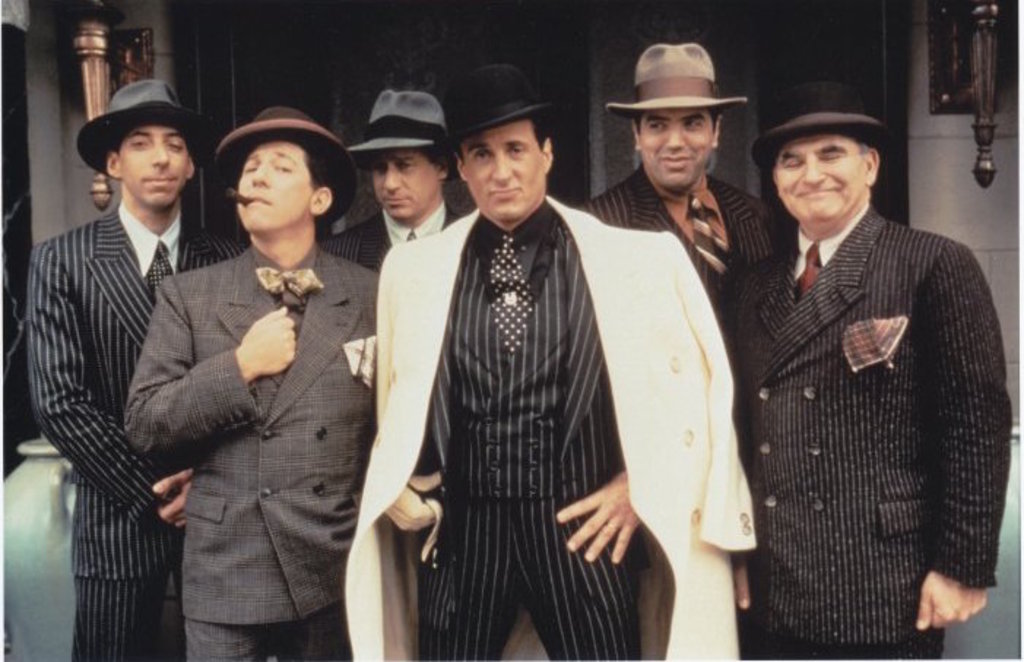 “Snaps” Provolone and his gang 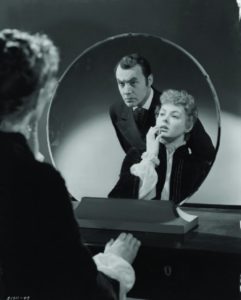 Have you ever heard the term “gas-lighting”? Well for those who haven’t, it is a term meaning mental abuse where in order to make someone believe your lies, you make them doubt their own sanity, memory and mental stability. The movie Gaslight is an old movie made in 1944 starring the beautiful genius that is Ingrid Bergman, along with Joseph Cotten and Charles Boyer. It is a suspenseful, black and white film which plays on the very idea of the “gas-lighting” technique. Paula (Bergman) is newly wed and in love with her husband Gregory (Boyer), a suave composer. They move back to the house Paula inherited when she was a young child, due to her aunt/guardian being mysteriously murdered. However, it was her husband Gregory’s desire to move back, despite her traumatic history with the house. As the movie goes on, you see that he has ulterior motives for wanting to live in that home — motives that are worth driving his wife insane in order to protect. It is a thrilling, suspenseful, dark and classic mystery with wonderful classic actors. It is a definite must see, especially for those who enjoy old-fashioned movies.

THE TRUTH ABOUT CATS & DOGS

The Truth About Cats & Dogs is a romcom made in 1994, starring Uma Thurman and Janeane Garofalo. The film was directed by Michael Lehmann, who is known for directing well-known movies such as Because I Said So and 40 Days and 40 Nights, along with a few episodes of hugely successful TV series such as: True Blood, American Horror Story, Dexter, and Nurse Jackie. This movie is a comedic, feel-good film that plays on the oh-so-sad insecurities within lots and lots of women out there, but embodied in the character of Abby (Garofalo). Abby is a radio veterinarian who, on a day at the job, gets a call from a sweet, funny and British Brian (Ben Chaplin).  Brian immediately falls in love with her personality along with her advice. Feeling the weight and assumed disappointment of a blind meeting with this man who desperately wants to meet her, Abby gets her model/neighbor, Noelle (Thurman), to impersonate her. Things expectedly go wrong as Brian falls in love with the drop-dead-gorgeous Noelle AND the down to earth and quirky personality of Abby, whom he talks to on the phone in between hang outs with the woman he supposes to be her. I know, it’s confusing, yet hugely hilarious and uniquely entertaining. Yes, you will probably be able to guess the ending, you probably already have, but that should, in no way, excuse you from watching the film. It plays on the issue of insecurity in an original and quirky way that will have you entertained from beginning to end.

Byzantium is one that people will either feel engaged/intrigued with or think to themselves “what the hell did I just watch?” It stars Gemma Arterton,who plays Clara, known for her roles in films such as: Prince of Persia, Clash of the Titans and Hansel and Gretel: Witch Hunters. Clara is the young mother of Eleanor — played by Saoirse Ronan, known for movies like Lovely Bones and Atonement. They are modern day vampires who look more like sisters than mother and daughter, but they don’t act like it. Clara will do anything to keep her and her daughter alive, even if it means demeaning herself and harming others to do it, whereas Eleanor has a quiet, gentle and caring way about her — and that’s where the clash in their personalities and preferences lie. This is a dark, strange and eerie film that is oddly engaging. It is a beautiful story of mother and daughter and the animalistic instincts that ensue when taking care of your own — being willing to do anything to protect that person you love the most. It is definitely not your typical vampire, love-triangle, soap opera — it is a unique and original take on a common topic; one which will either take you into their world or just creep you out…. 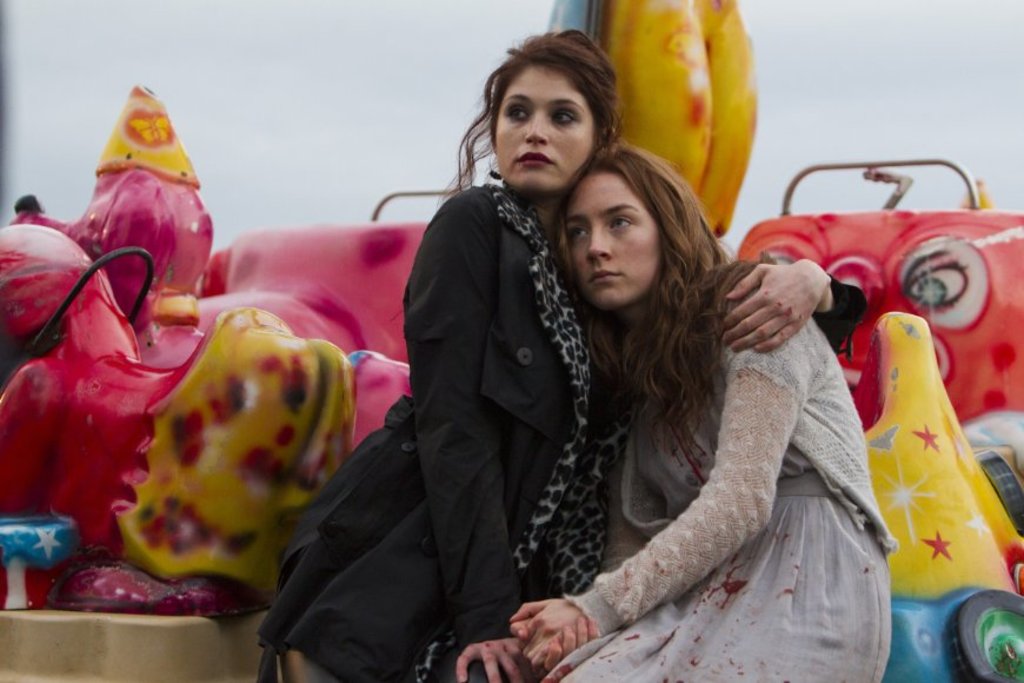 Of course we all have different tastes, and you might have already seen some or all of these films. My guess is that most people have never watched these top five, but they just may make your movie-marathoning days a little more entertaining. Either way, it never hurts to try them out… so take a chance with your next movie!