You know him from Hollywood hits such as: Radio, Eight Legged Freaks and Not Another Teen Movie….You know him from tv shows like 90210 and Freaks and Geeks…. And of course, no one can forget the dirt biking Disney movie, Motocrossed, which really first introduced him to audiences. Recently, Film and TV staff at 303 Magazine got up close and personal (over the phone, mind you) to talk to this A-list actor about his life and hobbies, along with his up and coming projects. It’s Riley Smith, everybody! *cue round of applause* 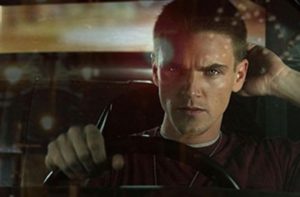 Unlike nowadays, Riley didn’t have the availability of prevalent social media growing up to aid him on the road to his life as an actor. However, what he lacked in social media he made up for with a stellar support system, made up of his encouraging family in Iowa, along with a great team of managers, agents and acting coaches. He started out with a hard-working home life; growing up on a ranch, he had a great amount of chores to keep him busy. Always involved in school plays, acting was but an interest for young Riley Smith. Little did he know that life had a particular path for him, which branched out and surpassed local theater. Riley describes his down-to-earth home life, along with his unexpected and gradual rise to fame, as an indispensable part of his growing strength and longevity as an actor. With his supportive parents, a close relationship with his little sister, and a young niece, Riley says he now spends as much time as possible giving back to those people who helped him become who he is.

“I can’t wait for my niece to get older so that she can come visit me and I can bring her on set and show her around. I still remember when she first recognized me on TV, my sister sent me a picture of her trying to crawl through the TV screen.” 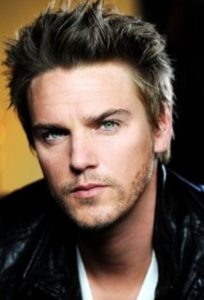 Along the way, Riley has had the opportunity to work with amazing fellow actors, whom he saw as his “idols” growing up. He describes Cuba Gooding Jr. as being an amazing mentor during his work on Radio, and Ed Harris as “one of the greatest actors of his generation.” From Andy Garcia and Mandy Moore from Christmas in Conway, to Wesley Snipes and Scarlett Johansson, they all got to be a part of each other’s lives and growing process as actors.

Fans also have a lot to look forward to with Riley. The seventh and final season of HBO’s True Blood airs June 22nd, in which Riley Smith plays “Keith,” a smoldering rock ’n’ roll drummer with a sensitive side. Playing opposite Carrie Preston, Riley told 303 Magazine about doing his first ever naked sex scene.

“We had both never done one before so there were a lot of nerves leading up to it. It was a 16 hour day and we were in the thick of it, but True Blood works with a lot of those scenes so they really knew how to handle it and make it more comfortable for us.”

Riley explains how a couple of hours into the shoot the nerves went away and it became a learning experience that he can base other decisions regarding that type of scene on, and also an experience that further developed him as an actor. Now the only nervousness Riley has about it is the anticipation of watching it for the first time.

Finally, Riley talked about his work on a “dream role” of his. From Nicholas Sparks Productions comes a Lifetime Original Movie, Deliverance Creek, a thrilling drama set around the time of the Civil War. Riley had a simply amazing time working on it in Austin, Texas. He plays “Toby,” whom he describes as a light-hearted, quick-witted character whom he could really get into and embody as an actor. Since Riley is a major horse-lover, it made his time on set all the more spectacular. He quickly formed a close-knit bond with his fellow actors and loves working with his horse, “Whiskey.” He cannot wait to see it air and hopes the audiences love it as much as he does.

If you want to see Riley Smith on his much-anticipated latest project, TUNE IN ON SEPTEMBER 13TH for Lifetime’s original production of Deliverance Creek. Until then, check out the first and newest trailer here!: