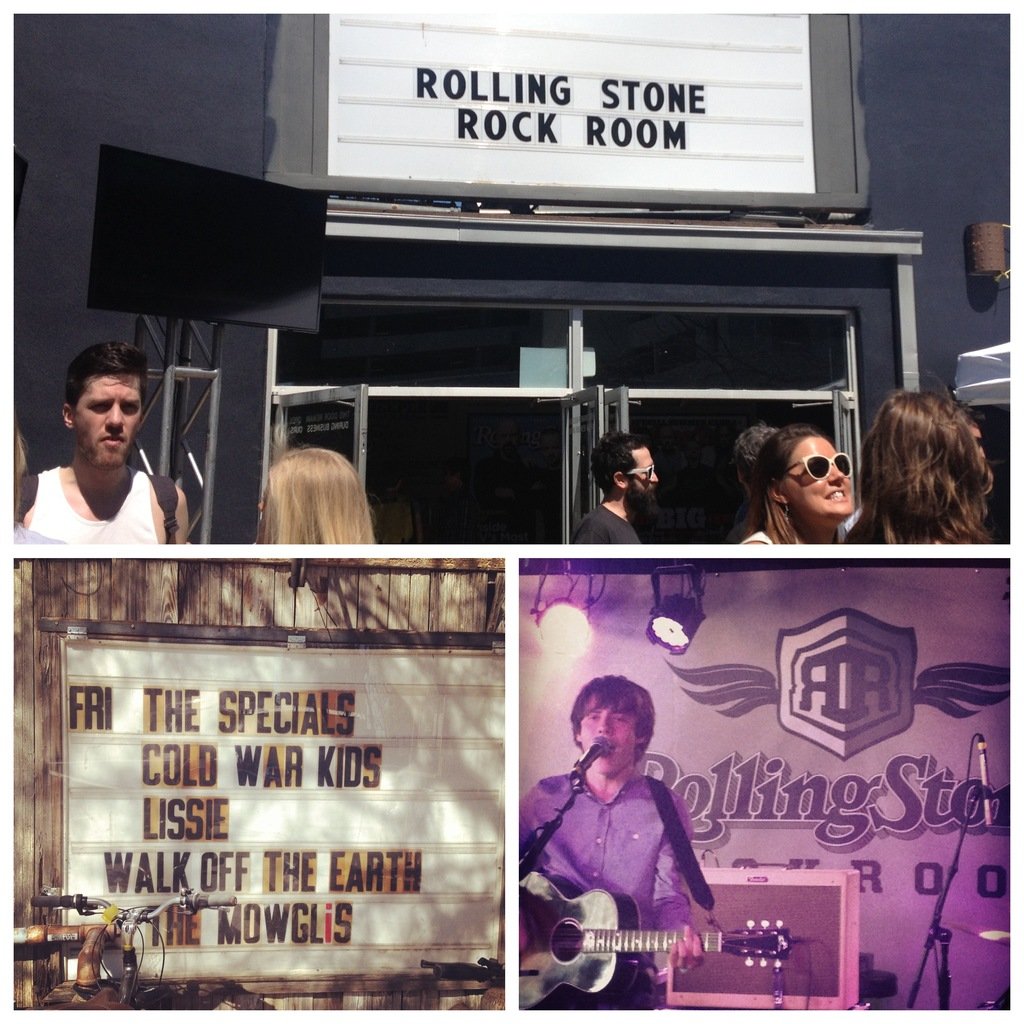 1 pm: No sign of Snoop Lion, Grumpy Cat or Shaq

Onward to Disneyland for music fans, also known as South by Southwest. Rented some beat-up cruisers and headed to the Rolling Stone Rock Room, at a quaint venue with lineups curated by Rolling Stone editors. Caught second half of rock/soul act, Fitz & The Tantrums. They killed it, filling the room with noise and funk. There was a building, palpable energy in the air that lends itself to a certain kind of festival kismet. Buzz from the night before bounced between Prince and all-star Sound City ensemble that played at Stubb’s (Dave Grohl, Stevie Nicks, Rick Springfield, Rick Nielsen and John Fogerty).

2 pm: The Swedes Always Get it Right

Next up was the Shout Out Louds at the Brooklyn Vegan showcase. This Stockholm-based indie pop band was the remedy for smiles and dancing, on a sun-soaked afternoon. I spoke with bassist (and Swedish Grammy-winning director for Peter, Bjorn & John) Ted Malmros after the show, and he said the band was genuinely just enjoying their time playing various sets. Hashtag geekout moment. Tried to get into the Mohawk for Toro y Moi and Alt-J, to no avail. Stumbled upon the delightful YouTube sensation, San Cisco, playing at Club De Ville. For those bold enough to admit to liking Hanson back in the day, here’s your Aussie update. 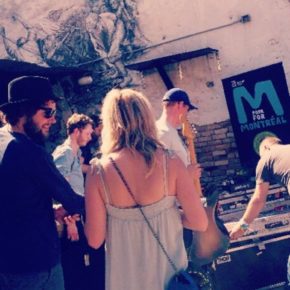 4 pm: Will Bike for Jim James

Biked. Got lost. Biked. Turned around. Finally found stage for free Divine Fits and Jim James shows, at Lady Bird Lake. The Fits set was a snoozer. The retro and spiritual rock sounds from enigmatic James, were not. Struck out getting into Erkyah Badu’s show on the East side. Struck out trying to find Jack White’s mobile truck for his label, Third Man Records.

Next was West Coast folk-pop act, The Mowgli’s. Also saw the bluesy, raspy folk singin’ Lissie. Her beautiful (but sleepy) style called for a change of pace. Enter: MySpace’s secret party. The venue was hip and pristine and Flying Lotus, Dillon Francis and Sleigh Bells made for a uproariously good party. Hell, we even signed up for a MySpace account again. Props, Justin Timberlake.

Had a late start, began again at the Rock Room. SO happy about this fortuitous decision. British popstar and future legend Jake Bugg didn’t disappoint. First time we saw fans begging for an encore, at the festival. Didn’t happen. Lord Huron played next and their mic sounds were messed up. As much as we love them, the show was a flop. Smiled and danced to show support. Next time, guys! Via Twitter feed: Third Man Records truck was setting up for a pop-up show. Biked heart out to East Austin, and saw garage rockers Lantern play on the street corner. Stumbled upon Trailer Space Records and into a portal of local music heaven. Grabbed a beer from the cooler and caught the delightfully whimsical local band, Holiday Mountain. Spoke with the spritely lead singer (and Denver native) Laura Patiño about Denver, creativity and life.

Biked down the hill to Fader Fort Presented by Converse. It was Art Basel-amazing. Fell instantly in love with this hipster hip-hop trailer park carnival playground. Caught Earl Sweatshirt. Buzz on possible Frank Ocean appearance. Didn’t happen. Next was an energetic set from Spanish dance band, Delorean. Olé! Got hungry. Missed surprise appearance by Diddy, with Bun B, Macklemore and French Montana.

Biked back downtown. Got into Stubb’s for Haim. This sister trio played to a packed crowd and with major ferocity. Looked like spawn of Ozzy Osbourne, sounded like Stevie Nicks. Slam-dunk. Vampire Weekend played next, doing their usual happy prep-pop thing. Previewed new tracks “Diane Young” and “Ya Hey,” from their upcoming album, Modern Vampires of the City, out in May. Always consistently good, but perhaps a bit bland. Just missed Pharcyde playing down the street before heading to bed. SXSW was truly an auditory and visual feast. ‘Til next time!