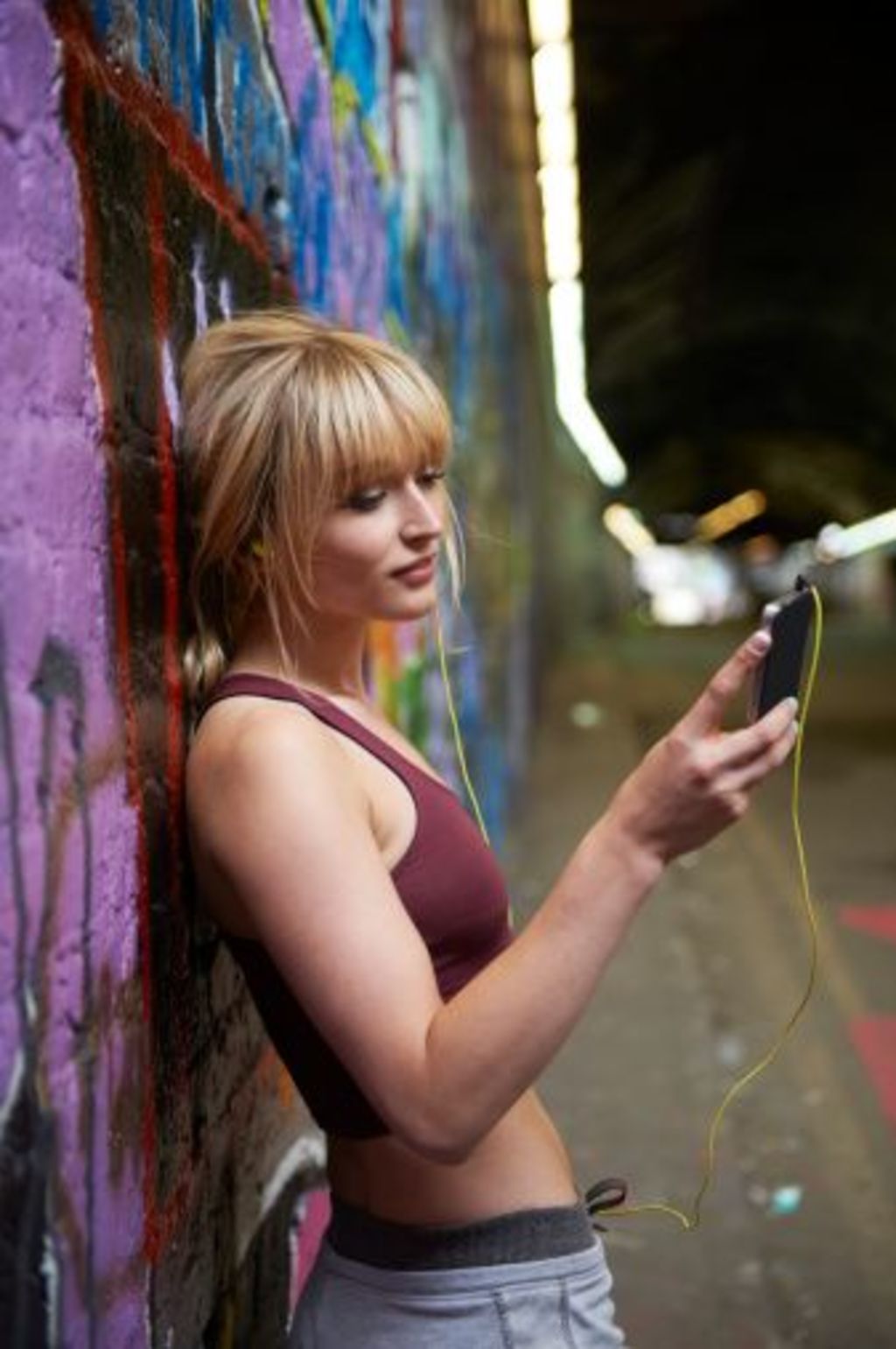 Hot To Squat: For Those About To Sweat, We Salute You

Do you like to rock out in the gym, or are you more of a mellow, bliss-out kind of person? Does AC/DC move you to push through that last set, or would you rather be gently coaxed by the likes of Mumford & Sons? Maybe hip hop is more your thing, or maybe you simply cannot get motivated without a little help from Lady Gaga. Whatever your preference, your style says a lot about you- and more to the point- it says a lot about your workout. 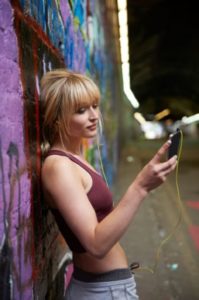 Think of music as a legal performance-enhancing drug when it comes to exercise. Not only can those beats elevate your mood, but research has shown that listening to music during exercise will actually lower your rate of perceived exertion. Music provides us with a disassociation, or distraction, from the potentially unpleasant feelings associated with strenuous exercise.

“More specifically, positive aspects of mood such as vigor and happiness become heightened, while negative aspects such as tension, depression, and anger are assuaged”, according to Costas Karageorghis and David-Lee Priest of Brunel University.

Studies performed on the subject involving marathon runners showed a 10-15% increase in performance during moderate, steady-state levels of intensity. Olympian distance runner Haile Gebrselassie famously requested during races to listen to the techno song “Scatman” so that he could maintain a steady cadence of 135 BPM. I’d say he was onto something: he broke 61 Ethiopian National records, set 27 world records, and is regarded as one of the greatest runners in history.  In 2007, the New York Marathon organizers placed a ban on music, citing safety justifications. Hundreds of runners risked disqualification for their response to not being allowed to run to the beat of their music. This clash prompted a new view and renewed interest in the effects music has on not only human psyche, but on overall athletic performance. 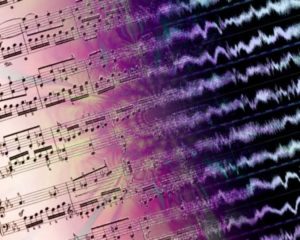 If you’ve attended my indoor cycling classes, then you know that you are in for some Marilyn Manson and Metallica- not because I am trying to abuse you (okay, maybe), but because I want you to work harder. Driving, upbeat music will motivate you to push yourself further as the tempo increases. British researchers found that when “the music was played faster, the participants chose to accept, and even prefer, a greater degree of effort”, based on their published study on the subject.

All evidence aside, isn’t the effect of music at the gym pretty obvious? I mean, if Barry Manilow comes on over the system at my gym, I am the first one to urgently demand that the station be changed, a “thumbs down” be assigned, or even that the system be turned off altogether if it comes down to it. There are rules.

I’d like to know what music moves you. The Stones? Black Eyed Peas? Disturbed? What’s on your playlist?

Jodilyn Stuart is the owner of ModaBody Fitness and has been a fitness professional since 1997. She currently contributes to 303 Magazine as a Fitness and Health writer. If you have questions, feel free to email at: [email protected]