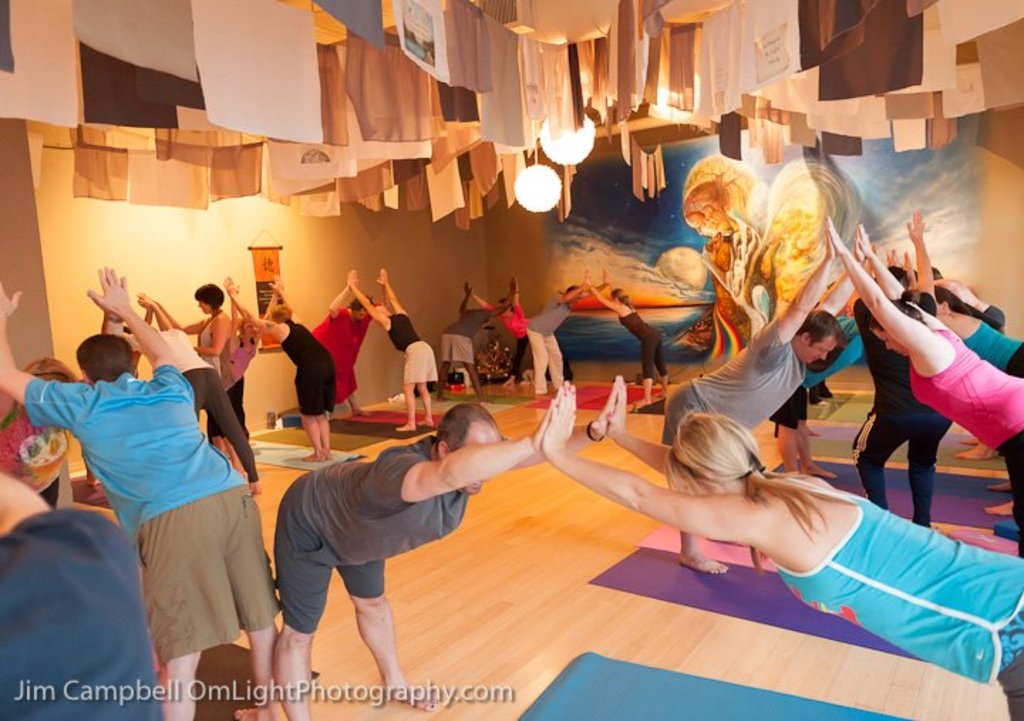 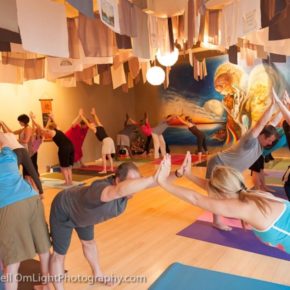 Get comfy, this is just the beginning

Why do we do yoga: to feel good, connect with ourselves on a deep level, get some spiritual in our lives, look good in our underwear?

Why do we date: to feel good, connect with someone else on a deep level, get some sexual in our lives, look at somebody in their underwear?

He Said (Elliot Riis)
Yoga goes with everything; it’s the divine condiment, and as the prior two mathematically-tinted, parallel sentences prove, it goes pretty well with dating. Come on, be honest, how many times have you (probably mostly fellas here) been on the mat and said to yourself, “I…must….respect the sacred space of the yoga studio and your privacy, otherwise I would start a witty, engaging, ultimately fulfilling conversation right about now?”—we’ve all had that urge to place our mats next to someone that caught our eye when entering the studio. Maybe it’s their physicality, the color of their outfit, the way they’re moving, their energy…something draws you to get right up close. Your eyes never meet. You flow together, moving, breathing, experiencing a little magic, but never sharing. Long story short, it’s a problem.

Seeing the YogaDates tent at Yoga Rocks the Park…the concept was too intriguing to pass up, and the creator, Amy Baglan, is how I’d imagine a cross between spirit and human, luminous intelligent beautiful, bubbly like champagne—so Aubrey and I took part in a partner yoga/speed dating session at Samadhi Yoga soon after. Upon arrival, I quietly put my mat down, hanging back, wearing my press-affiliated identity like a secret shield. There was a slight tension in the room, may have been just me. I’ve never tried any of the popular dating sites, so speed dating is not something I’m at all familiar with. I’m a romantic. Relationships to me happen face to face, like walking by someone cute in the grocery store and being unable to let them pass by without saying something.

I got over it quickly though as small talk ensued with the people next to me. Then Amy Baglan came to the center of the room, telling us how things would work. We would engage in partner yoga, changing partners with every pose, girls staying put, guys rotating.

In yoga speed dating, each pose lasted for mere minutes. There was some attraction involved, a mutual interest other than yoga with a few, it was even slightly awkward at times, but whichever, it was over fairly quickly and, connection or not, I had to move on. I found myself wanting to go back to certain woman, enjoying others but also simply being happy to remember their names. Moving from woman to woman, I always found something to talk about. Here’s what I found out almost immediately: partner yoga is a wicked thing. It allows far deeper stretches, having someone’s hands to push against, someone pulling you in a stretch to the limit. You must trust your partner. It’s intimate.

After, we enjoyed wine and some snacks and chatted each other up. Judging from the high energy of these interactions alone, I’d say YogaDates is a resounding success. I met a psychic, also a woman who was the marketing rep for something probiotic. At YD, you’ll definitely meet people with interesting backgrounds with a ready-made check on the “mutual interest section.”

She Said
Have you ever, even once, been slightly distracted by how fit and strong women and men are in yoga? Have you ever walked into the studio and exhaled just slightly at the graceful strength surrounding you. Moving toward one spot in the room to roll out your mat, and then stopping, shifting direction, placing it elsewhere, based not only on the space that feels right for the class, but also who that “right space” is positioned next to? Nah, I bet that’s never happened. The thoughts have never crossed your mind. Especially if you’re a woman…we never think about such things (it always gives me a good laugh when men think they have the market cornered on these types of thoughts. Goes to show how much some men might not know about the fairer sex).

I’m sure this has never happened either…you’ve never once thought about how sexy yogis are, as a collection of people. How they move in a space, how they move across a space, how they hold their shoulders back just so, how they stand tall and sleek and (generally) drip confidence in a physical sense. Whether you’ve ever spoken to a particular yogi or not, he or she exudes a particular brand of sexy, from a physical standpoint, at least.

You scoff! Yogis never think such things! Yogis think only of spiritual paths and emotional wellbeing and seeking and maintaining balance and community and of being present. Of letting go.

That being said, on the rare chance that you think, it might be real cool to meet someone who practices yoga, you’re clearly not alone. Bring on YogaDates. As Elliot said, it’s a brilliant, “sort of dating service” offered for yogis: man and woman, heterosexual and homosexual. I rarely rest on words like brilliant, or, at the very least, like to think that I come up with adjectives more creative and descriptive than this, but brilliant is just what YogaDates is. 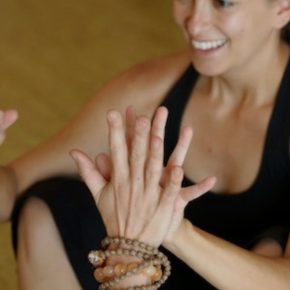 The following is my personal experience with a YogaDates event: 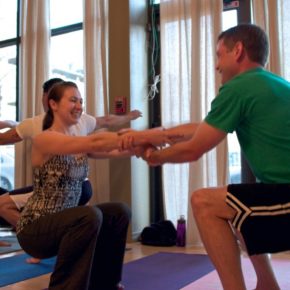 Smiling is something you do a lot of at YogaDates

So, if you’ve ever wanted to date someone who does yoga because you do yoga, because you love your yoga so much, YogaDates is for you. GO, Go, go. There are singles events and already-a-couple events (in a relationship or married). You will be sa-tis-fied…check out yoga-dates.com for upcoming events and opportunities to meet someone who values things similar to you…and who may love yoga just as much as you do…