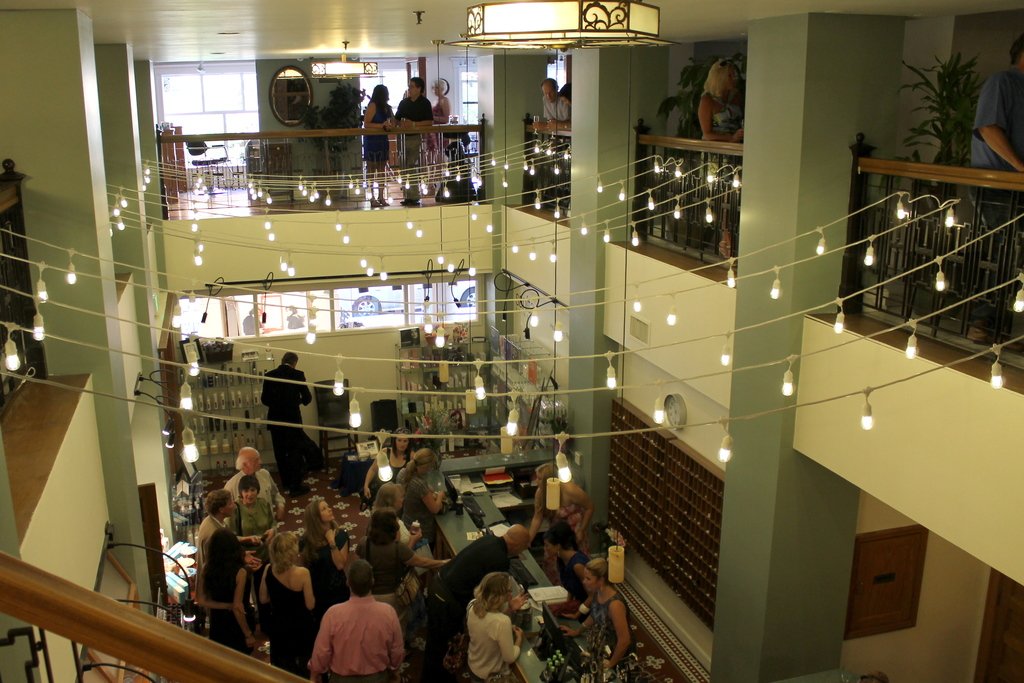 This time last week a lively crowd flooded the hallways of Denver’s original spa, The Oxford Club Spa & Salon.  After a quarter century in business, a gym member base of 500, and rave reviews from critics as prized as Conde Nast Traveler, a 25th Anniversary Party was certainly in order.  Live music flowed and so did the hotel’s latest cocktail, The Oxford-Tea-ni.  Few could resist the clever invention:  a signature Oxford tea blend from Wystone’s World Teas combined with Prosecco and a hint of Chambord.  Health, check. Wellness, check plus.

Donations from attendees helped to benefit Colorado non-profit Spa4ThePink.  Various prizes were awarded for their generosity.  This organization connects Cancer patients with oncology trained professionals for spa treatments free of charge.  Guests were offered the original spa pricing from the grand opening in 1987 when they booked the night of the party.

The Oxford Club Spa & Salon hones in on the old school cool that comes from their vintage digs and close proximity to the famed Union Station.  While standing on the ornate interior balcony, you can enjoy sweeping views of downtown through the salon’s windows and a taste of the luxurious comforts offered below in the spa lobby.  Go see for yourself why they’re calling it “Denver’s premier urban sanctuary.”