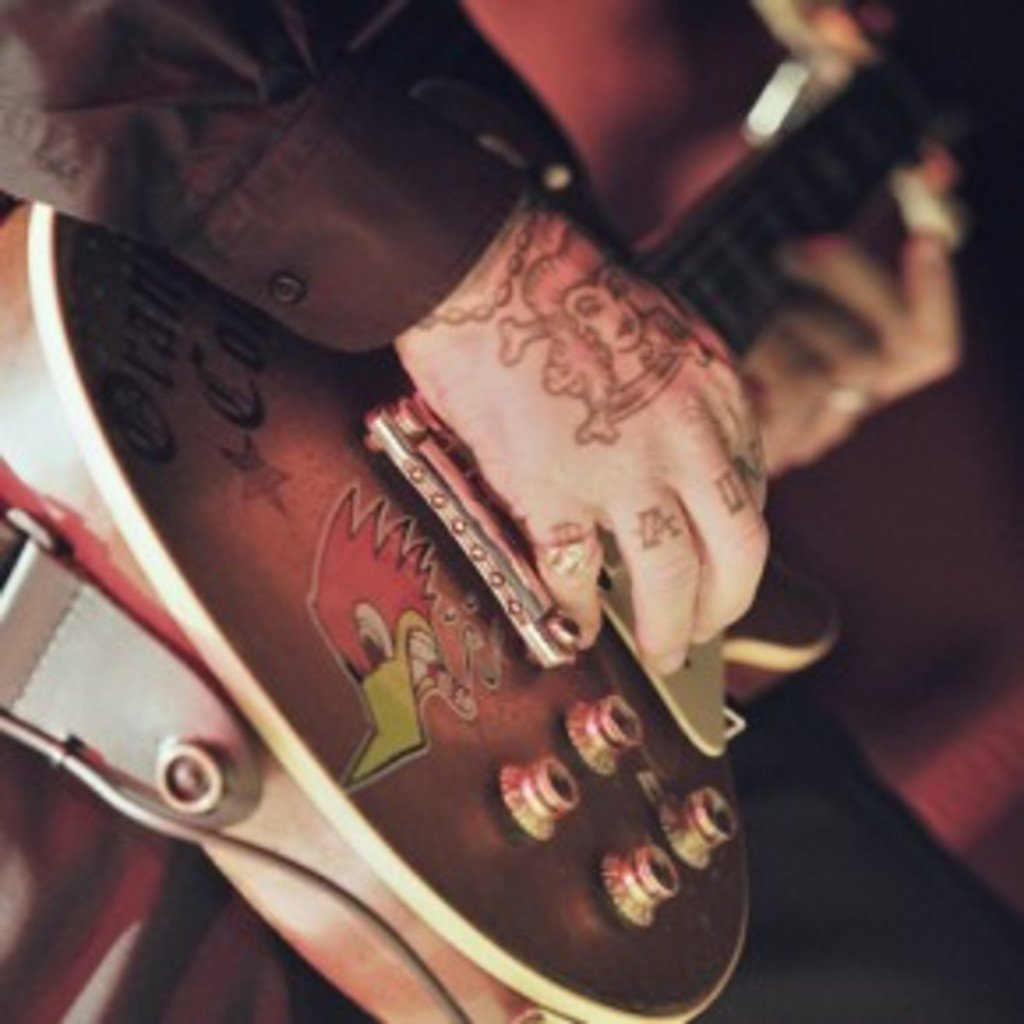 There are some voices that, when raised in song, don’t merely carry a tune … they preach it. When this happens, anyone within earshot just can’t help being somehow transformed.

But when the voice in question happens to be that of Mike Ness, this transformation involves being stripped down, chewed up, spit out on the floor, covered in grease and grit, heartache and pain, topped with a dab of pomade, and  – you best believe, honey – altered for the better.

Ness and his band, Social Distortion, rolled into town for a three-show stint at The Ogden this past weekend, and Denver’s punk faithful came out en force. As expected, there were tattoos and cuffed jeans, pin-up girl hairstyles and pencil skirts. But there were also grandmas, little kids, couples, a high-fiving dude (who I swear was dancing the Truffle Shuffle), and everyone else in between. The point being, there’s clearly a reason this band has been around for over 30 years. Their music speaks to something we can all understand, and reaches across all boundaries.

Ah yes, the music. Social D songs are sexy, dirty, brazenly painful, somewhat defiant, and best served with a shot of whiskey and a brass knuckle chaser. The tales of fast cars, hot dames, heartbreak, crime and drinking might sound, on the surface, like they’d be unrelatable to most. But these are stories about life – real life – and those who aren’t afraid to grab it by the proverbial cajones and live it to the fullest, sometimes to their own detriment, and then share the reality, warts and all. These topics appeal to our shared humanity, and, as witnessed last night, also fuel our apparent need to get our collective boogie on and sing our asses off in beer-soaked revelry.

To detail the band’s long history is another task altogether. Long story short – Ness is the only original band member left in the current line-up, but one wouldn’t know that by the show put on Sunday night. Jonny Wickersham (guitars), Brent Harding (bass) and David Hidalgo, Jr. (drums) seamlessly played through the set list like they’ve been with Ness for the band’s entire duration. That said, the set leaned heavily on the band’s  latest release “Hard Times and Nursery Rhymes” and several better-known songs from earlier releases. This was not a deep tracks show.

(But, speaking as someone who has tried to see the band life at least four times over the last 16 years, only to have plans derailed by cancelled shows, weather malfunctions or illness, I have to say there was not one thing the show lacked. Well, other than Highway 101. I dare you to listen without wanting to boogie, drive fast, or both, simultaneously. Go on.)

Social D is known to book awesome opening acts, and this show was no exception. The first was southern California punk band Suedehead, whose soulful punk sounds made many in the crowd happy they wore their dancing shoes. I missed most of their set because I was busy chatting with Chuck Ragan, who took the stage before Social D.  Ragan, originally part of the seminal punk band Hot Water Music, was accompanied on stage by former Denverite Joe Ginsberg on upright bass and Jon Gaunt on violin for a raucous set of  stripped-down Americana folk punk with honest, soulful lyrics. Ragan’s raspy, powerful voice has been compared to everyone from Springsteen to Strummer, but his sound is definitely his own, and I’d go as far as to say he’s one of the most important, prolific songwriters of our time. Yeah, admittedly, I’m a huge fan, so to see him live was magical. Look for my interview with him, where we discuss life on the road, babies and more, to be posted later this week.

(..and confidential to the couple in the ladies’ room during Social D’s set: Get some! Yeah, you’re busted. Sex, love and rock n’roll…)

Laura Keeney originally became a professional writer because she was too broke in college to pay for concert tickets. She’s obsessed with The Clash, gets easily distracted by politics and shiny objects, and thinks Spock is sexy. Follow her on Twitter at @onnabugeisha. Avatar image: Evan Premer