Motorcycles revving in synchronization with racing heart rates, hot dry winds kicking up sand as the sun casts heatwaves across the land: the rustic western aesthetic and fast-paced energy of riding through the desert is what Pink Fuzz wants to encapsulate in their music.

Coining their own genre, “high-speed desert rock,” Denver’s Pink Fuzz is delivering music packed with heavy instrumentation and driving melodies rooted in rock with influences from folk and western genres. Having been playing as Pink Fuzz for over seven years now, the band is stepping into a space within their music where they feel entirely themselves and unique of their own accord. 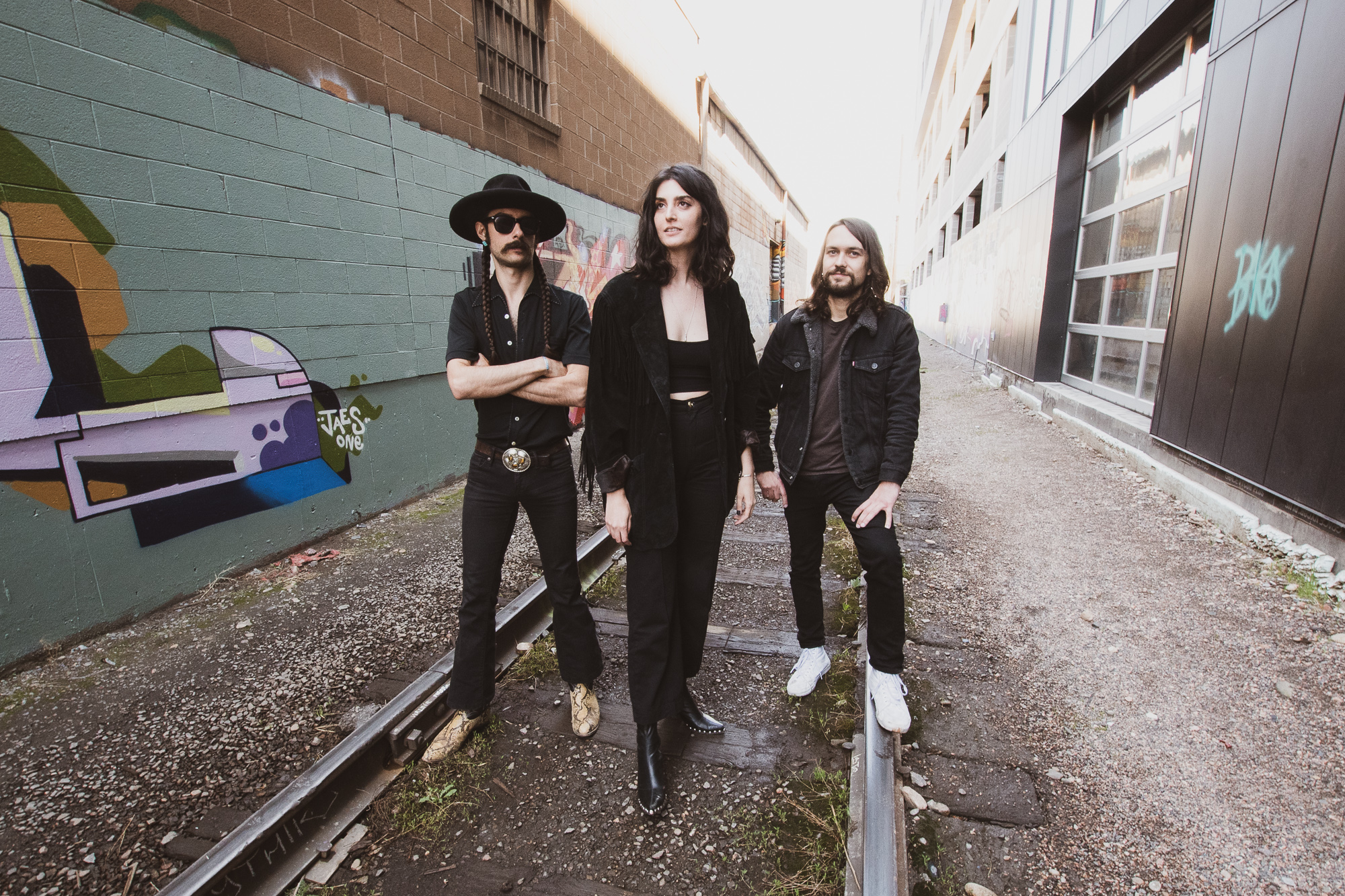 “We’ve changed quite a bit since we started, we weren’t exactly sure who we were,” bassist and vocalist Lulu Demitro said. She went on to add, “I feel that we’ve been working hard to figure out what our sound is and where we fit and how to make it sound like our band and not anyone else. That’s taken us a long time, but it feels like we’re finally there.”

Through the fluidity of the conversation, from attentive listening to poking fun, the unmatched bond between members was impossible to ignore and a testament to what drives the magnetism of the band’s music and image. Years in the making, the band has an extensive history that stretches back to their childhoods.

“We all were born at the same hospital which we love to tell everyone. And so we grew up only a few blocks away from each other,” Lulu said. The three members — consisting of Lulu, her brother John Demitro on guitar and vocals and Forrest Raup on drums — grew up surrounded by music in a town that was more or less barren of a prominent scene. 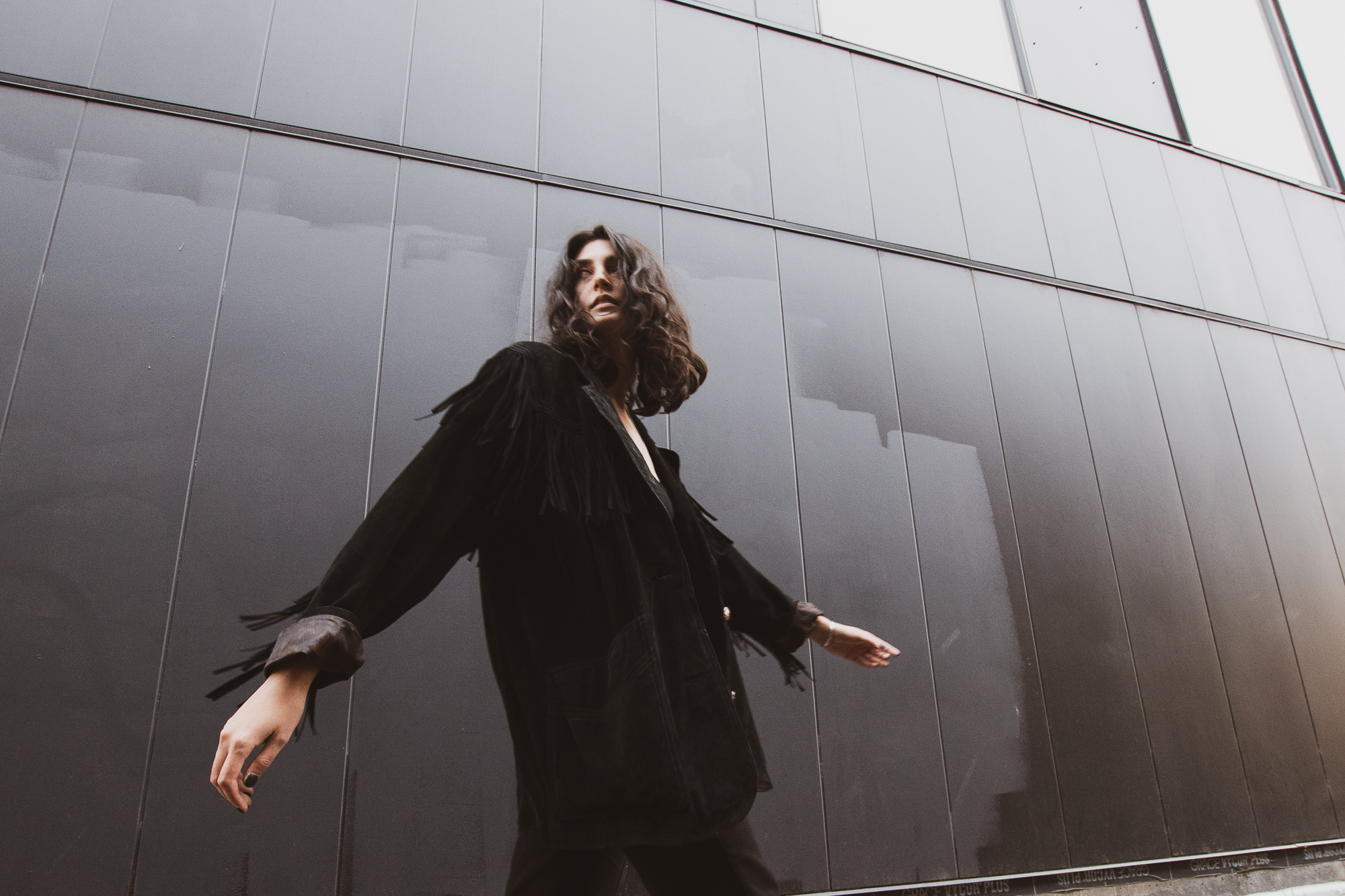 Boulder, with many admirable qualities including easy access to the mountains and plenty of killer breweries, does not possess an acclaimed, bustling rock music scene. “I think that’s why we all gravitated towards each other because there weren’t a lot of kids like that in Boulder, there were just a handful of kids in Boulder that were into that rock scene,” John said. With passions for music stemming from playing piano, and in John’s case drums and bass, in their youth, the Demitro siblings always knew they had the musical gene in their DNA.

“Our grandpa owned a music store,” John noted. He went on to further illustrate the grip that music has on his family, adding, “My dad played guitar, and then my mom was also a first chair trumpet at Boulder High and at CU. She did some pretty cool stuff.” From the age of three, both Demitro siblings were learning guitar, which eventually led to exploring other forms of instrumentation. 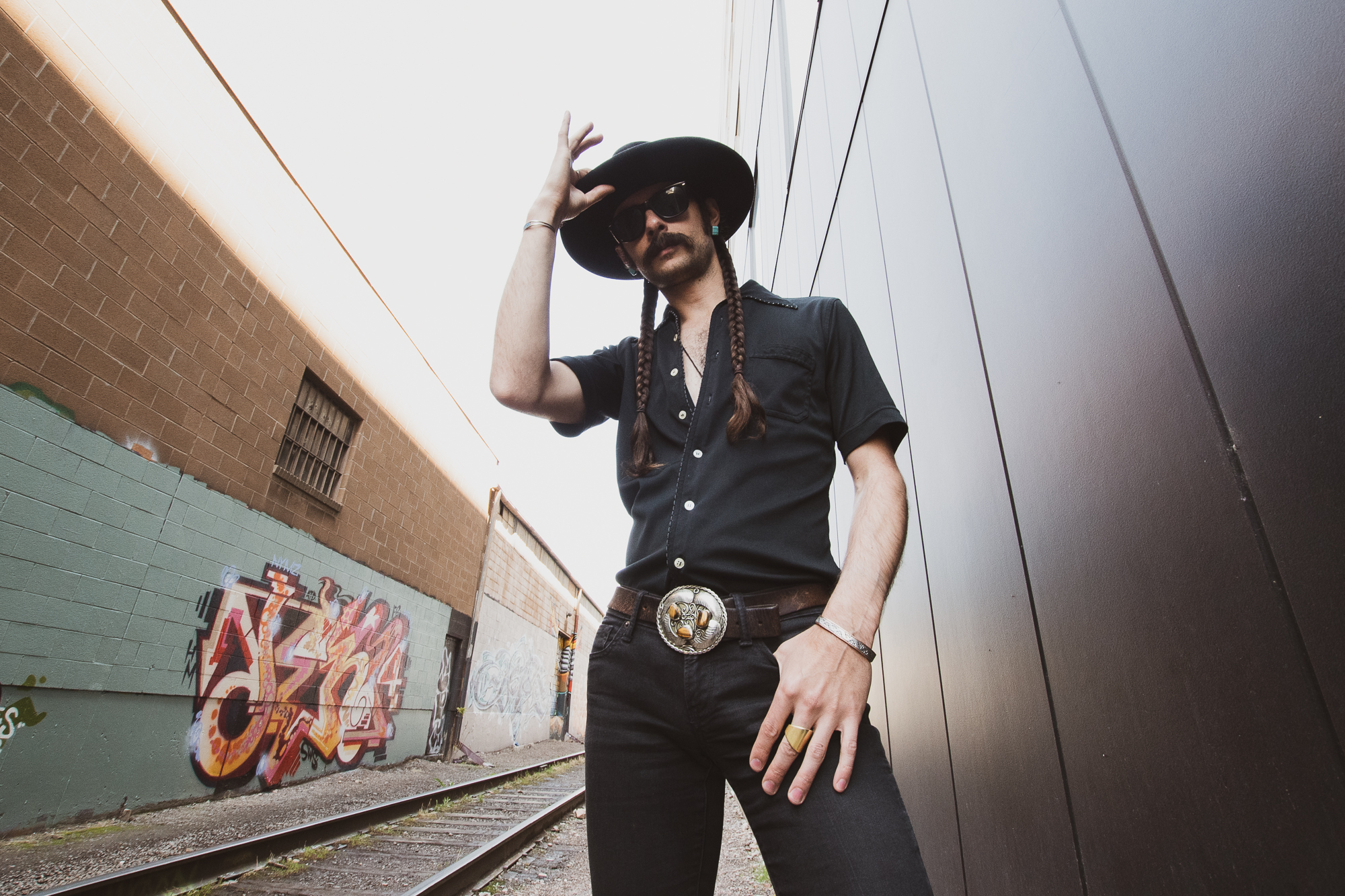 While the Demitros were exercising their classical piano skills, Raup was the kid sporting classic rock t-shirts to school and exploring a musical path of his own. “I saw a kid play in the talent show… I was like, that’s really cool I want to do that and I already had a drum set at home, luckily enough, so I started taking lessons and just got super into rock music… I was that kid that was obsessed with classic rock weirdly as like an eleven-year-old. And nothing has changed since then,” Raup said.

Like a loaded gun ready to shoot, John and Raup energized a small rock scene in Boulder, forming bands and playing gigs that, once joined with Lulu, fired them into the band they are today. “We’ve been playing together so long we’ve definitely reached nirvana in terms of our musical telepathy,” Raup said. 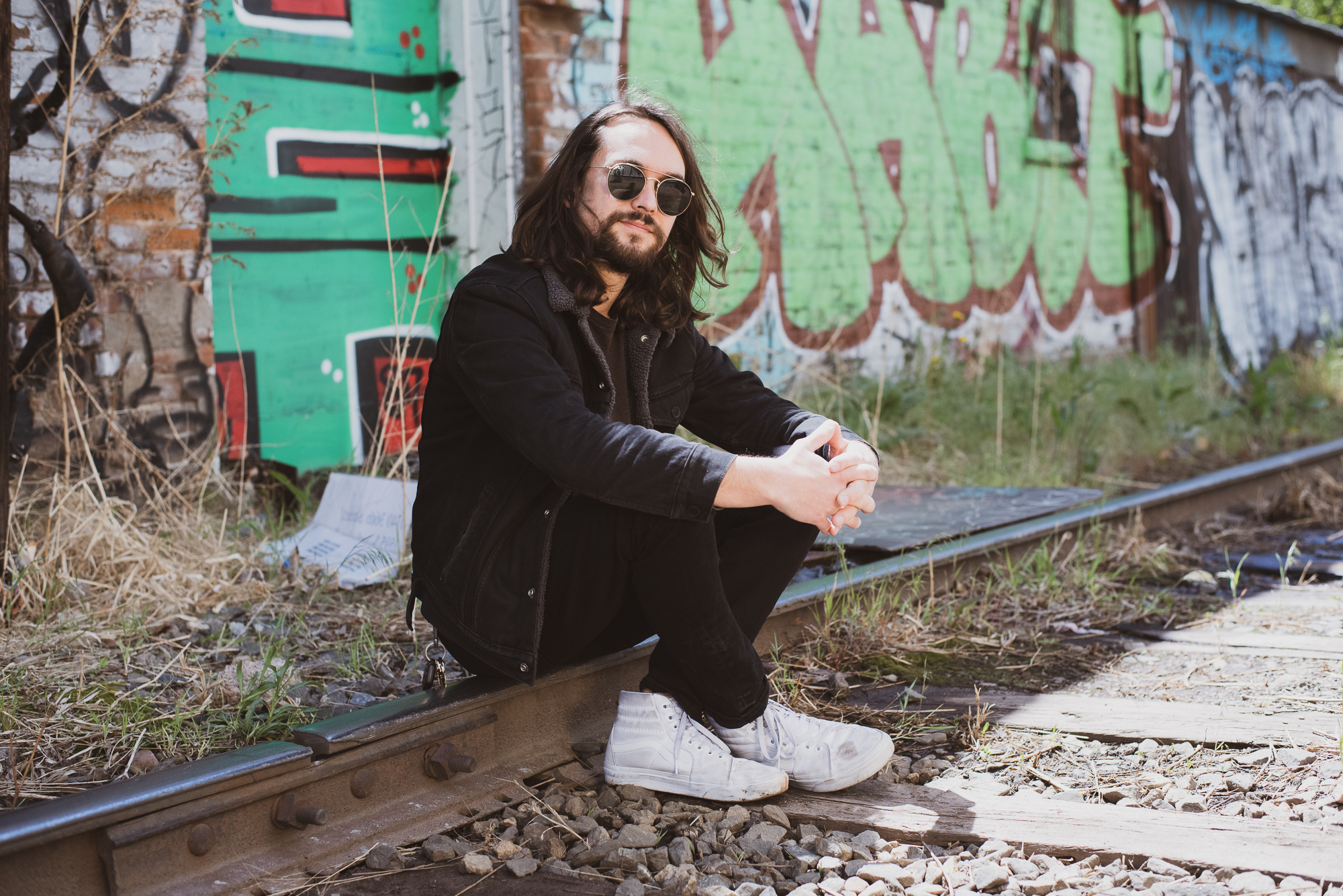 With the same drive that was instilled in them as young musicians, the band continues to give every part of themselves to their music as adults. The band has become a fan favorite in Denver over the past few years and have also toured in several other states to expand their reach. But such success does not come without countless hours of taxing work and dedication. “Having [new] markets now that we do better in, even now it’s just so fucking hard to be in a band. That never goes away, it’s so much work,” Lulu said.

Even with that sentiment, the band explained that during moments of weakness, they have endured and wouldn’t have it any other way. “I think we’re all committed to it at this point like none of us have a plan B. This is it, so let’s fucking do it,” Raup said. 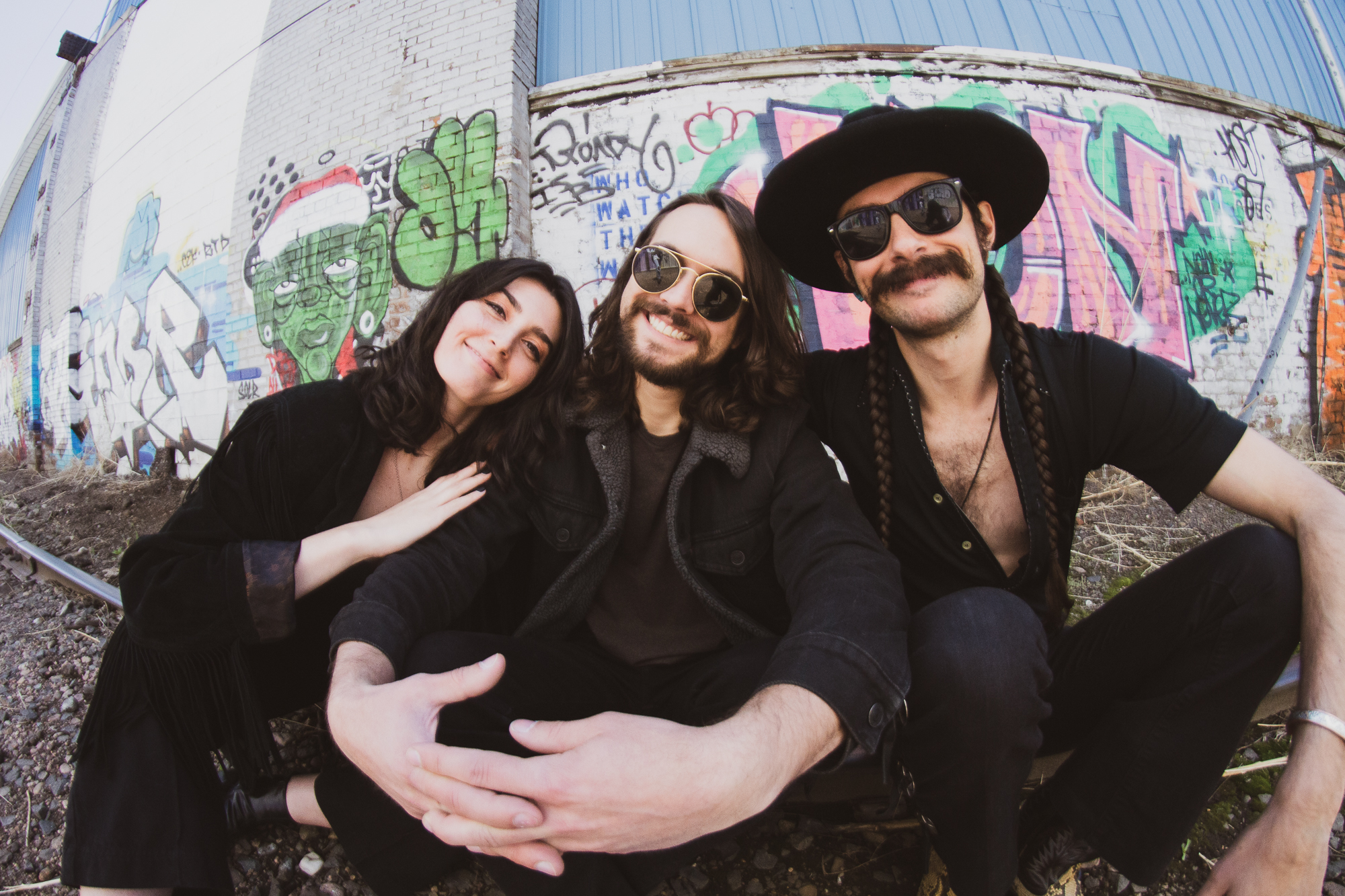 One studio album, a live album and a smattering of EPs and singles under their belts, the band has already crafted a unique sound, and is ready to put even more blood, sweat and tears into all that they are as a band. “I’m never quite happy with everything we do which I think is a good thing to drive you to keep going. I’m really proud of everything we’ve done, I’m really happy with that but I still want to just keep going, get better at my craft, it’s just always a challenge,” John said.

Still exhilarated by the high of writing music and performing it live, the band is currently working on writing and recording new music that at the very least moves them and their listeners, and better yet, turns them on to high-speed desert rock.

Catch Pink Fuzz live this Saturday at Hi-Dive and at UMS in July.