David Lawrence, alongside The Spoonful, has released a masterful and metaphorical debut single, “Seeds We Sow,” bringing listeners on a powerful journey of acceptance and reflection of this past year. Lawrence, a Colorado local, brings to life the uncertainty of life and its patterns, inspired by a drive past the Colorado wildfires in the fall of 2020. Released on December 29, 2021 — just before the Marshall fires — “Seeds We Sow” carries on the universal drive to rise from the fallen ashes and grow.

As a writer and a musician, Lawrence incorporates the soulful strength of blues and a rich sense of space into his single, spreading a message of both acceptance and control. The lyrics set a metaphorical tone — the seeds that were burned will be sown again and grow another day. His heartfelt verse, “the smoke is so thick that you can’t hardly see, everything that’s going to come / the seeds we sowed died yesterday, but if we get lucky it will grow.” This release holds a powerful message of acceptance and regrowth for local listeners affected by the fires. 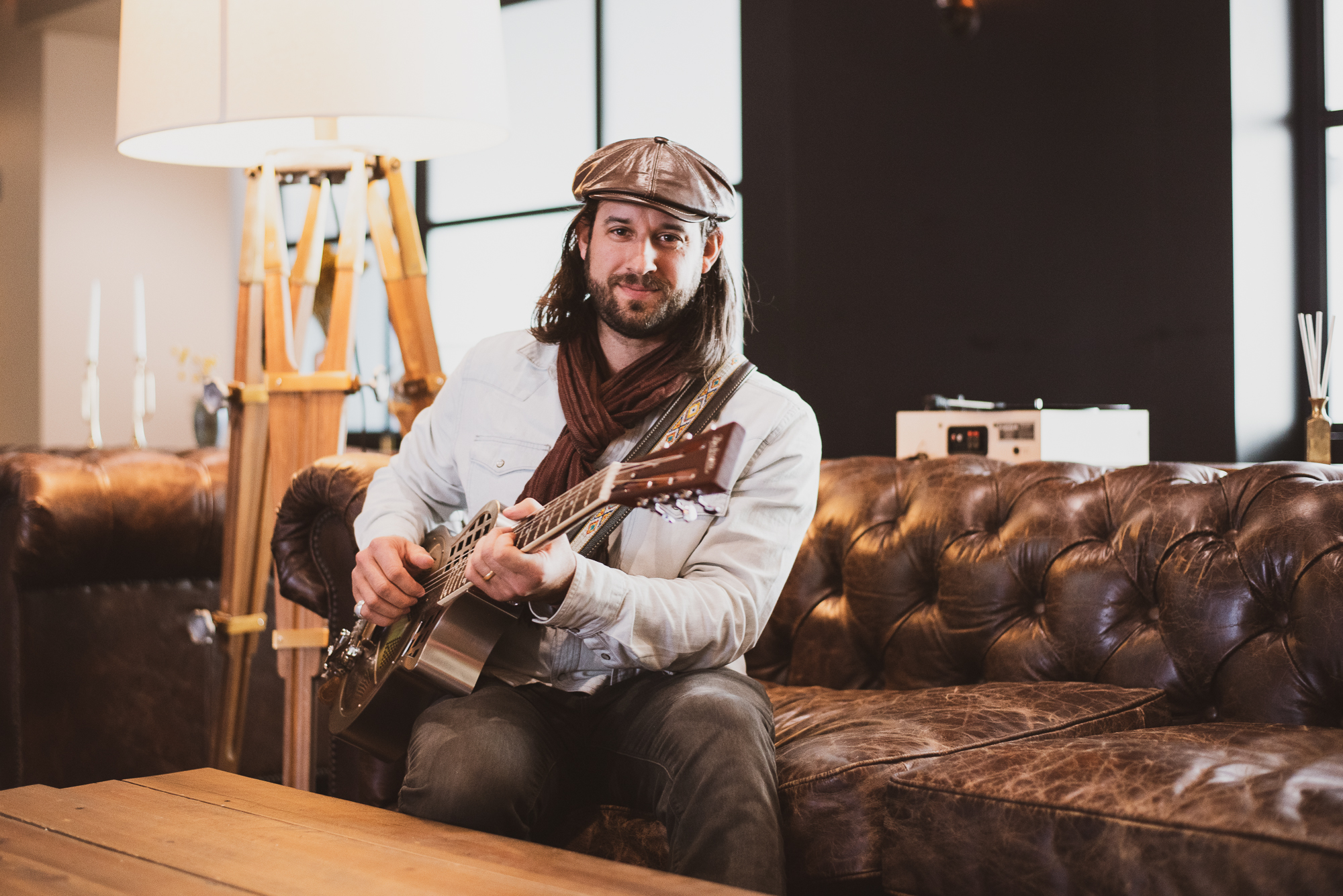 A full-time professional musician, Lawrence began as a poet who learned to think and write in images. His spoken word and clever lyrics formed a perfect foundation for his awakening as a singer and songwriter. Musically, Lawrence spent years mastering the guitar and learning the beauty of the instrument. Deeply rooted in blues influence, Lawrence created much of his early music influenced by the sounds of B.B. King, inspired by his passionate guitar playing and confident lyrics.

“I got really into gypsy jazz and Django Reinhardt. Django is the godfather for all gypsy jazz and sort of jazz guitar in a lot of ways,” Lawrence said. “I formed a band with some buddies, eight years ago here in Denver, LAPOMPE. I’m still in that project and it’s basically been my pinnacle, the project I have moved off a lot of. The style of gypsy jazz is rooted in American tradition — we do Louis Armstrong songs and Frank Sinatra songs and old French ballads and Latin tunes, and it’s all wrapped up in this guitar-driven style.”

David Lawrence & the Spoonful blend a soulful mix of blues, Americana and poetic lyrics that are skillfully paired with jazz-influenced guitar. “Seeds We Sow” was released as a debut for their upcoming album. Lawrence describes the album as, “a full circle. It’s the first time that I’m really focusing on the songwriting with a full band [during] this journey that I have gone on with poetry and what I’m trying to convey.”

“The Spoonful is this looking back at the early blues that taught me my love for roots music,” Lawrence said. “And Django Reinhardt who taught me how to improvise and do all these fun chord progressions, and Bob Dylan who just taught me how to write a song. I like to think of my music as a thread. It’s a song that has jazz influences, it has the heart and soul of blues music.” 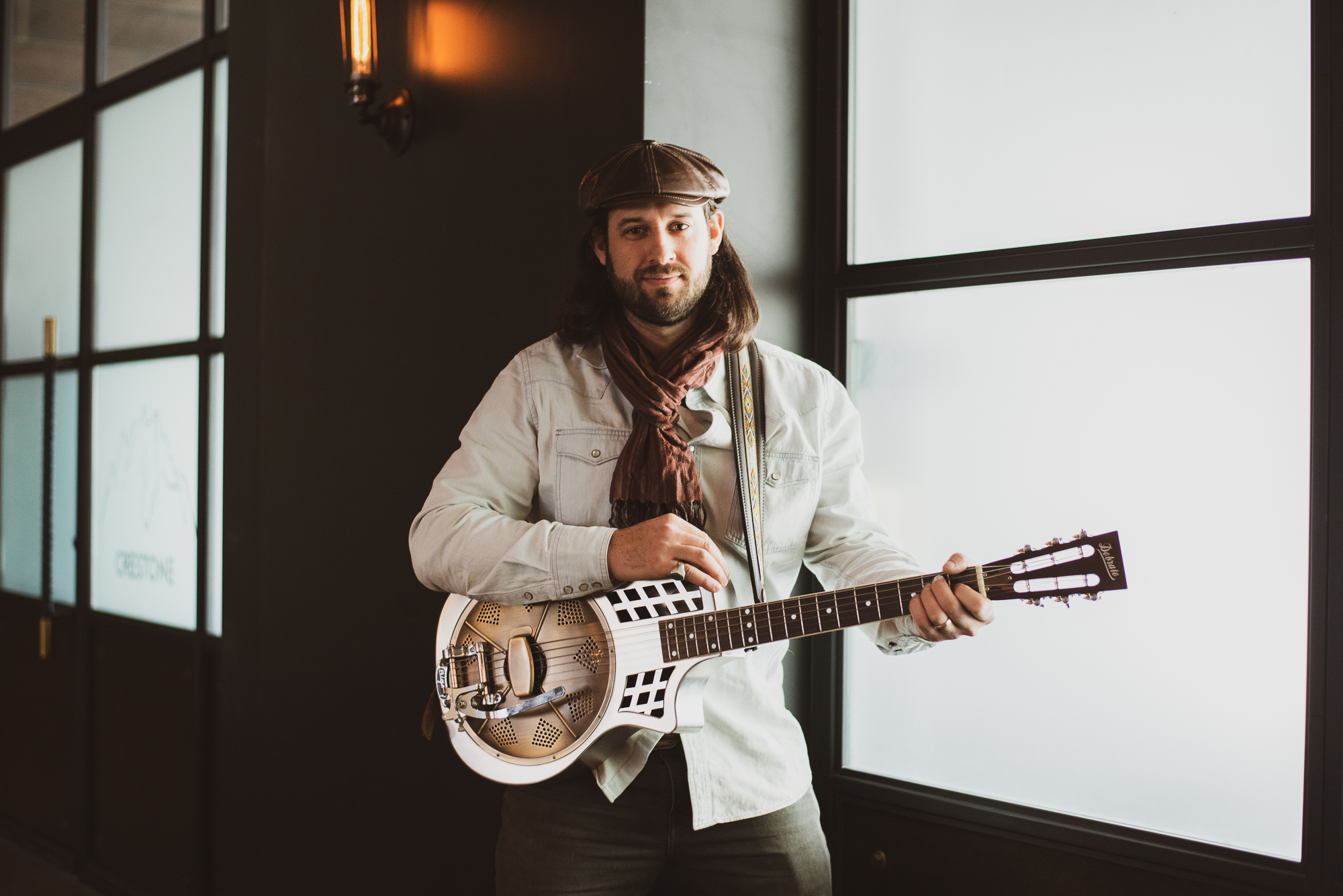 “Seeds We Sow” and its message cap off a year in which Colorado has increasingly experienced evident environmental pressure as tragic wildfires and dramatic climate transitions affect the state. In the fall of 2020, while Lawrence was driving from Denver to Longmont, he said, “There was this line in the sky — there were blue skies on one side and this apocalyptic acrid smoke with this sun… this orange ball barely visible through the smoke. And that night ash was coming down from the smoke clouds and flurries of snow started coming down as well. There was this mixture of ash and snow and the backdrop of the pandemic.”

The falling sky gave Lawrence an idea for a song as he watched the fire burn and accepted the uncertainty of the time. The single was released almost a year later and a day before the Marshall fires in Colorado. The Marshall fires resulted in another devastating loss and shocking disruption to the community. At the time of the 2020 fires, he said, “It was an early frost, so everyone was trying to dramatically pull their crops out of their gardens and trying to protect their garden and was sort of like, ‘the seeds we sowed died yesterday.’ When I released the song a day before the Marshall fires, it was this eerie unfortunate coincidence that kind of reminded me of the power of the song. We want things to get better later but the message is that we can hopefully all work on acceptance and have that ability to let go.”

He explains his writing process as a creative flow that represents a feeling. “You’re trying to give people a sense of place, what happened, where it happened, who it happened to. You’re trying to paint a picture. Like a really good book, it just immerses you in a picture,” Lawrence said. In “Seeds We Sow,” the message is that, “you are not in control of what happens to you in the future, you’re only in control of how you learn from it, how you deal with it and how you accept it for better or for worse.”

A year following his vision of the fires, David Lawrence & the Spoonful have released “Seeds We Sow” as a single in addition to a music video. The video depicts the inspiring message of the story and highlights the talented musicians behind this new release.

In response to the Marshall fires, Fox Tracks music and The Muse Performance Space are putting on “Above the Ashes” on February 19 at 7 p.m. “Above the Ashes” is a collaboration with Dazzle, The Colorado Sound and Colorado Public Radio for a virtual fire relief fundraiser, recording and streaming live bands including David Lawrence & the Spoonful. Join the guestlist here to support these Colorado musicians and the local community.