If you’ve ever hung around one of Denver’s endless breweries and heard the passing car horns honking like a drive-by catcall­­ — then you’ve been in the presence of The Gaykery food truck and its southern baked goods.

This mobile bakery specializes in a unique combination that fully embodies its owner Joel Brandon Tullos­­­­ — a southern Mississippi transplant on a mission to connect people of all walks of life regardless of religion, race, ethnicity or sexual preference. While brainstorming different bakery names, Tullos was partly inspired by his own sexual orientation and the Masterclass Cakeshop incident that was ruled as a violation of anti-discrimination laws when refusing to make a gender transition cake. Today, The Gaykery serves as a beacon for inclusivity.

Tullos moved to Colorado eight years ago after one trip to the Boulder area. It was just two months later that he started looking for jobs in the Mile High City and prepared to relocate. While earning his culinary degree from Johnson & Wales University, he interned at La Fillette Bakery where he earned his first professional culinary job after graduation. 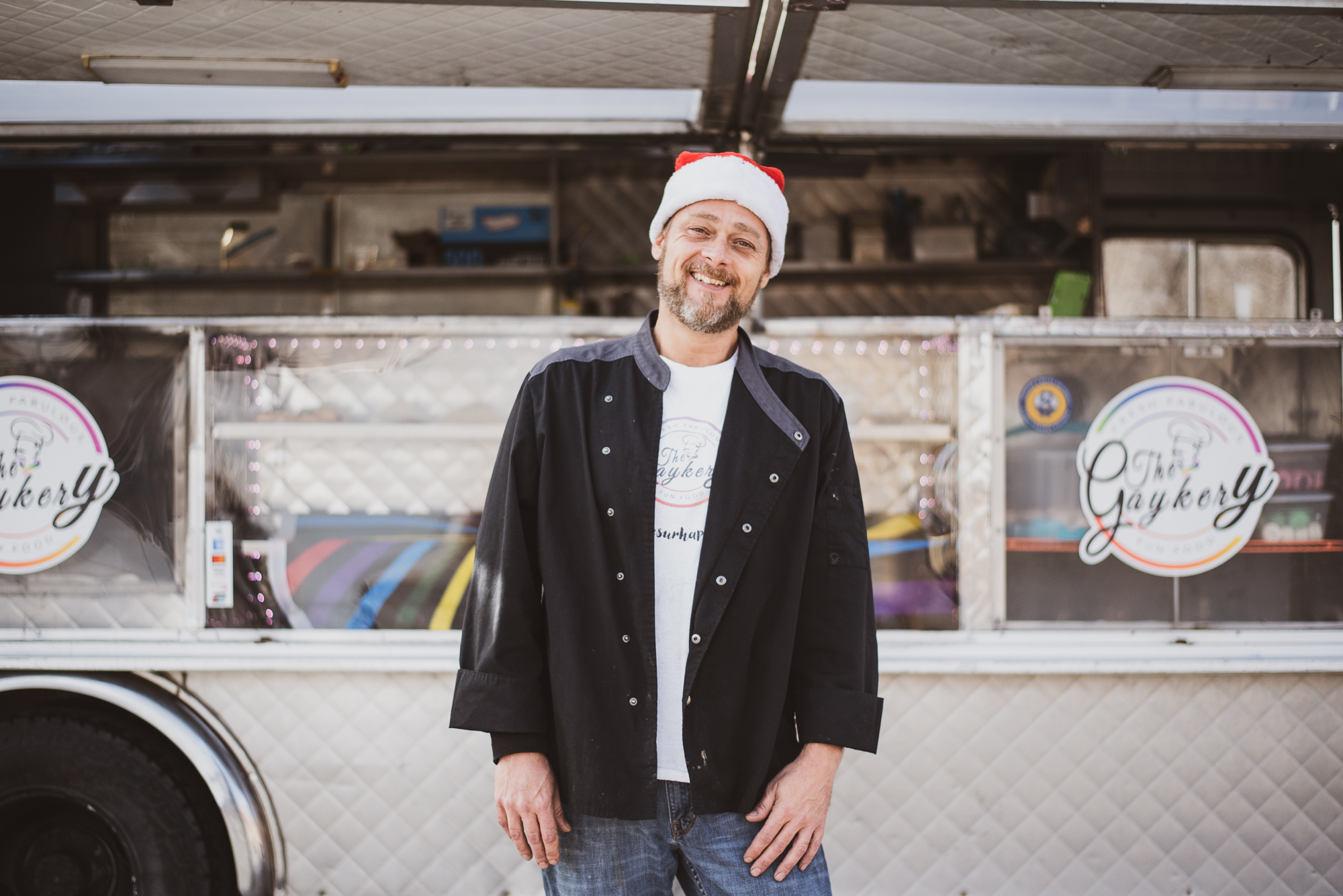 All Photography By Roxanna Carrasco.

It wasn’t until April 2021 that Tullos purchased a food truck and finally launched his own pastry business towards the end of June 2021. As a home baker for years and now a professional baker, there’s no way Tullos wouldn’t find a niche with this traveling bakery in Denver.

“As a southerner, we have to cook. And as a baker by trade, I wanted to combine the two. I noticed that food trucks have those glass cases at the front window but never utilize them. It’s the perfect pastry case,” Tullos said.

Though all the baked treats aren’t fully prepared on the truck, The Gaykery operates out of a commissary kitchen where batches of cookie dough and pastries are made. Once transported to the truck, the oven and fryer are available for freshly baked treats. And the same goes for his savory menu items. Some of those key ingredients like raw seafood or poultry cannot be cross-contaminated — so those are also prepped at the commissary kitchen, kept in the fridge and later fried or grilled to order on the truck.

Though it may seem hard to juggle a full-fledge menu of both sweet and savory items on a food truck, Tullos has mastered his craft. Growing up he was always blending different avenues whether with pastries or fried southern food — nothing in the culinary world is off limits.

Some of the menu staples include chicken and waffles ($13), shrimp and grits ($14), French macarons ($2.50 each) and various flavored cookies. The fare’s savory items are a direct reflection of Tullos’ southern roots. “I can’t go back home if I can’t fry good chicken,” Tullos said.

While the dessert options fluctuate with the season, the macaron flavors tend to change every few weeks. The winter brings a caramel apple, rosemary blueberry and spiced chocolate macaron to the menu. Some additional treats slated for the holiday season include iced shortbread and Crème Brûlée cookies, Hannukah decorated cookies and even chicken and dumplings.

The ever-adapting pastry case is the perfect vessel for Tullos’ culinary curiosity and passion for pleasing his customers.

“I’m building a following of really great people who are accepting of people from all walks of life. It’s nice to see that exists in this world,” Tullos said.

The Gaykery can be found at various breweries across the Denver Metro Area. The weekly schedule can be found online here.

All Photography By Roxanna Carrasco.