Embassy London is a UK-based footwear brand bringing exciting patterns to classic English silhouettes. Authentic styles like the brogue and loafer get modern updates with playful fabrics and prints.

The brand hones in specifically on boots and shoes. By sticking to timeless London dress shoes, they’re able to channel their creativity into the patterns and materials they use, leading to an exciting combination of classic and modern.

These bright, inventive designs were previously exclusive to the UK. But local business owner and entrepreneur Tai Beldock decided to change that.

From Air Force to Embassy London 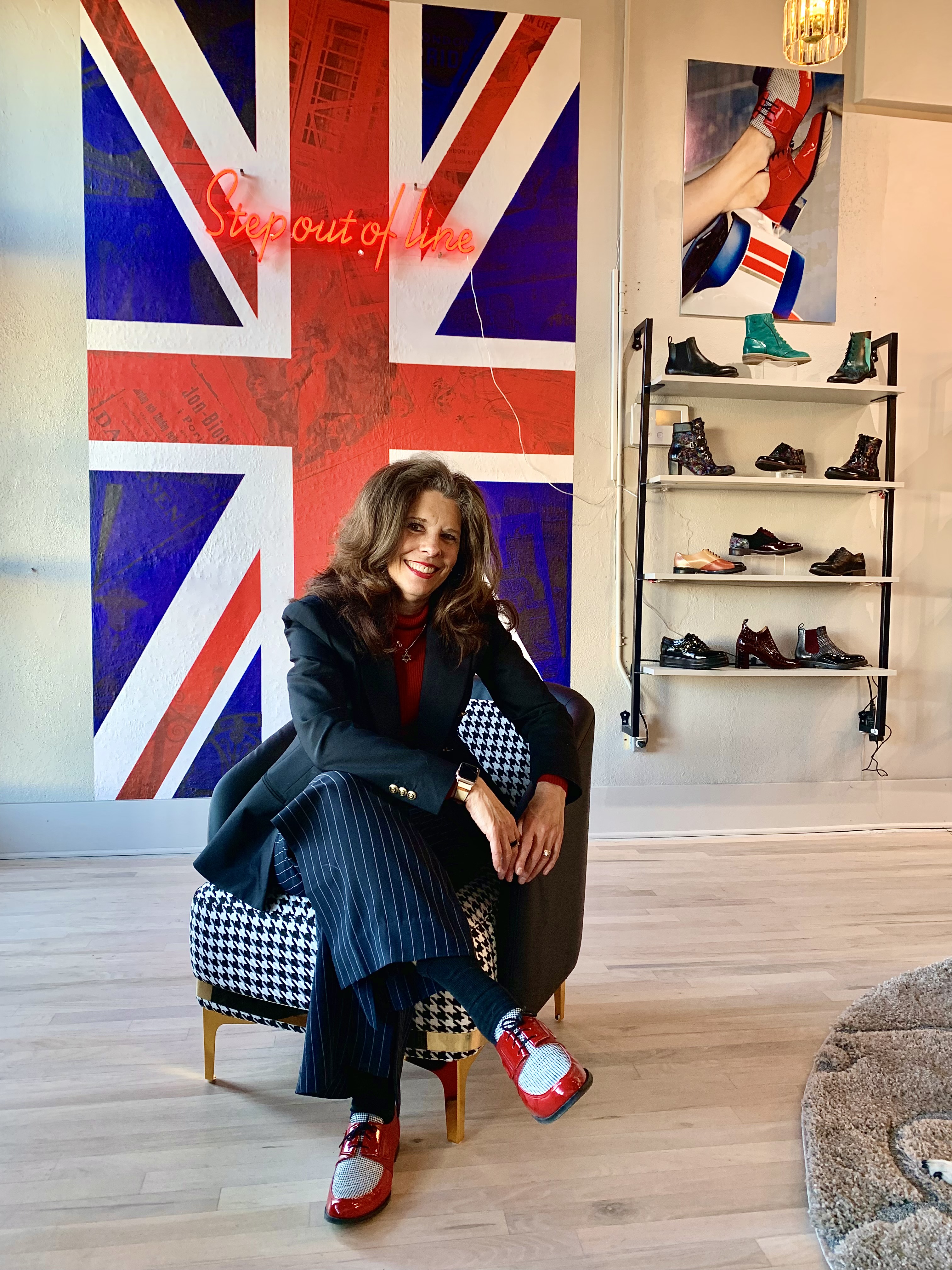 In addition to Embassy London, she also runs Erico Motorsports. In fact, the boutique is attached to Erico, providing an interesting contrast that compliments the shoes themselves.

Beldock and her husband bonded over motorcycles, making the decision to open Erico a natural one. With an entrepreneurial spirit, Beldock jumped at the chance to start the business.

Erico wasn’t her only passion though and it’s no surprise she’s expanded into the fashion scene. She’s as at home on the wide-open road as she is helping customers reinvent their fashion sense.

Additonally, business isn’t the only area where Beldock’s interests diversify. Her wealth of life experience lends her complexity reflective of Embassy London’s designs.

Growing up in the small town of Point Place Ohio, Beldock quickly grew tired of her surroundings. Even as a teen, she remembers being called to explore the world.

“I always knew that I didn’t belong there,” she said. “When I was seventeen I literally remember sitting in my living room and watching television and all these ads came up, ‘join the Air Force, see the world,’ and so that’s what I did.”

Her service in the Air Force led her to Europe, where she spent ten years exploring and developing a range of interests.

When it comes to fashion, Beldock credits her affinity for the inventive to her Air Force days as well. “When you spend twenty years of your life only wearing green and blue … I told myself when I retired that I would be forever dressed up,” she said. 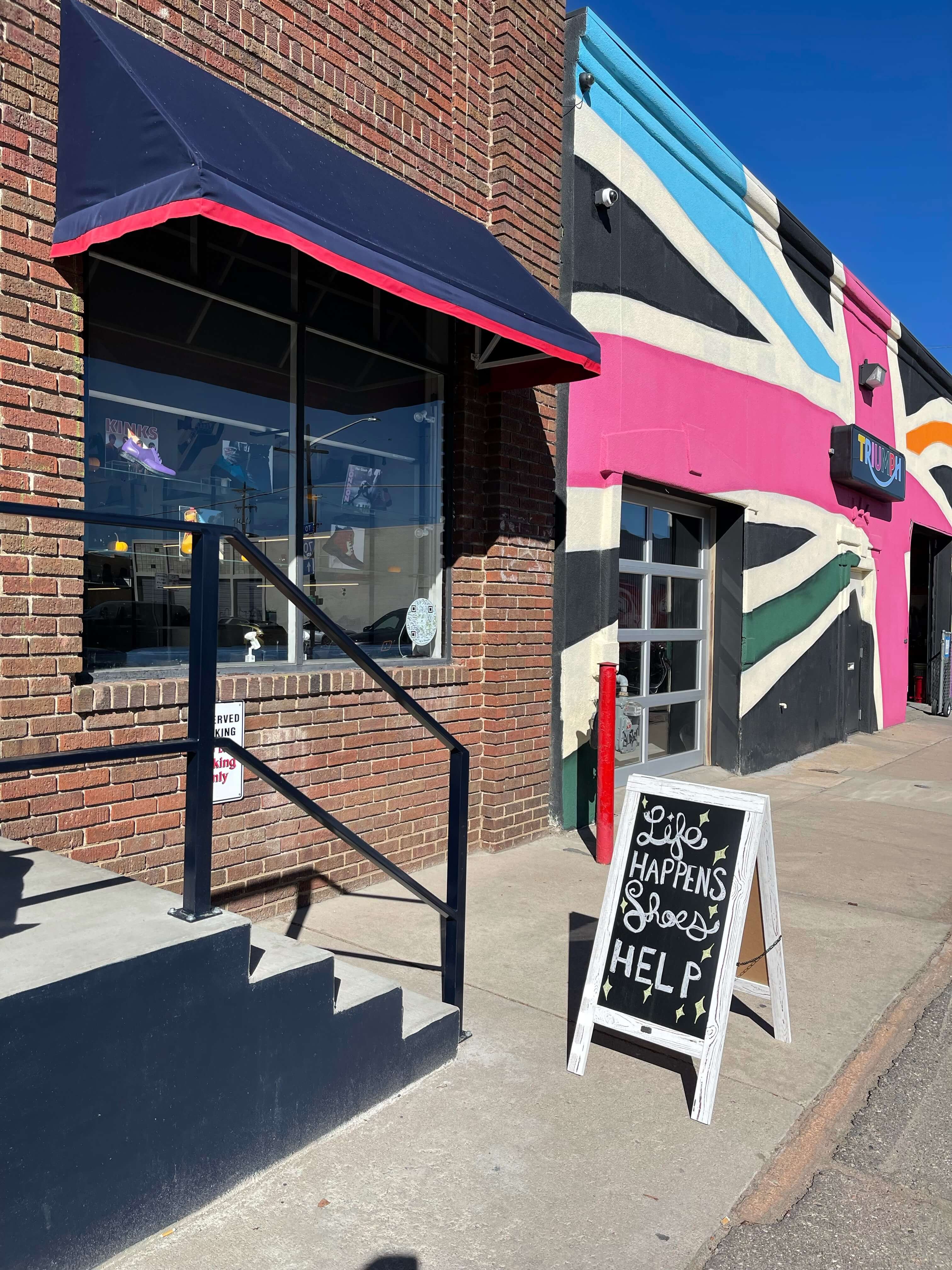 After spending so many years in uniform, Beldock emerged from the Airforce ready to embrace a brighter, more playful style. She happened upon an Embassy London store during a trip to Oxford and instantly fell in love.

“I wanted a pop of color, and then I saw these things. I just thought ‘they’re so cool and they’re comfortable and well made,'” she said. She’d found a way to add excitement to the dressed-up, timelessness she embodies.

From there, her affinity for the brand only grew. Each time she’d return to the UK, Embassy London would have new styles and designs on display, showing her that the brand continued to evolve. 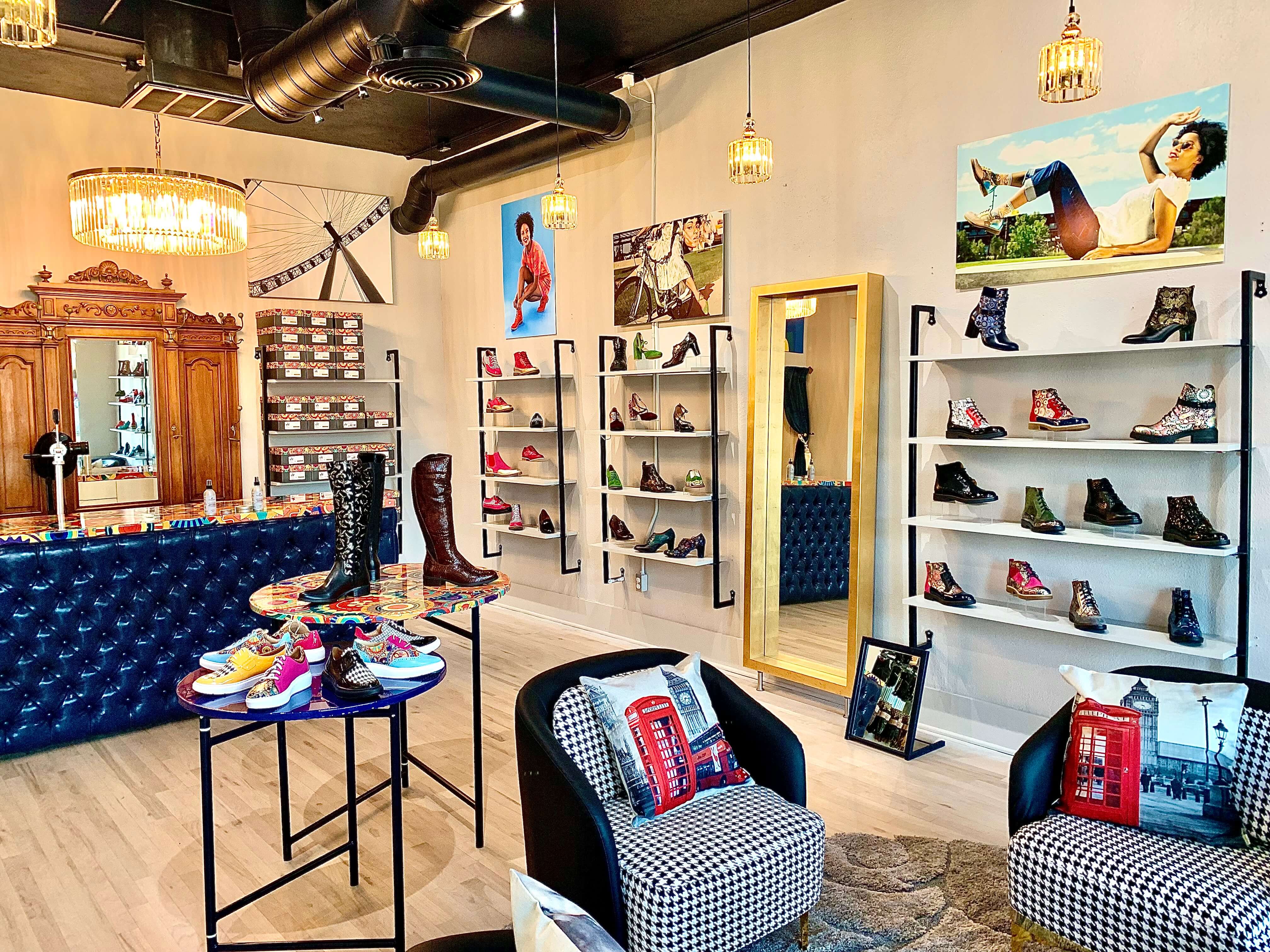 Beldock decided she wanted to bring the brand to the U.S. market. Being a Colorado local and seeing all the creativity within the community, she settled on launching the first Embassy London store in Denver’s RiNo district.

While her own style is already bold, part of what she loves about running the boutique is helping others dress a bit louder with confidence.

“It’s fascinating to watch the people who didn’t think that they would like something. They try it on and they’re in front of the mirror and they’re like ‘ok I can do this,'” she said.

That newfound confidence is at the heart of Embassy London’s bright, innovative pieces. Each shoe displays a timeless chicness that grounds the eccentric patterns, remaining classy while being on the cutting edge of fashion. 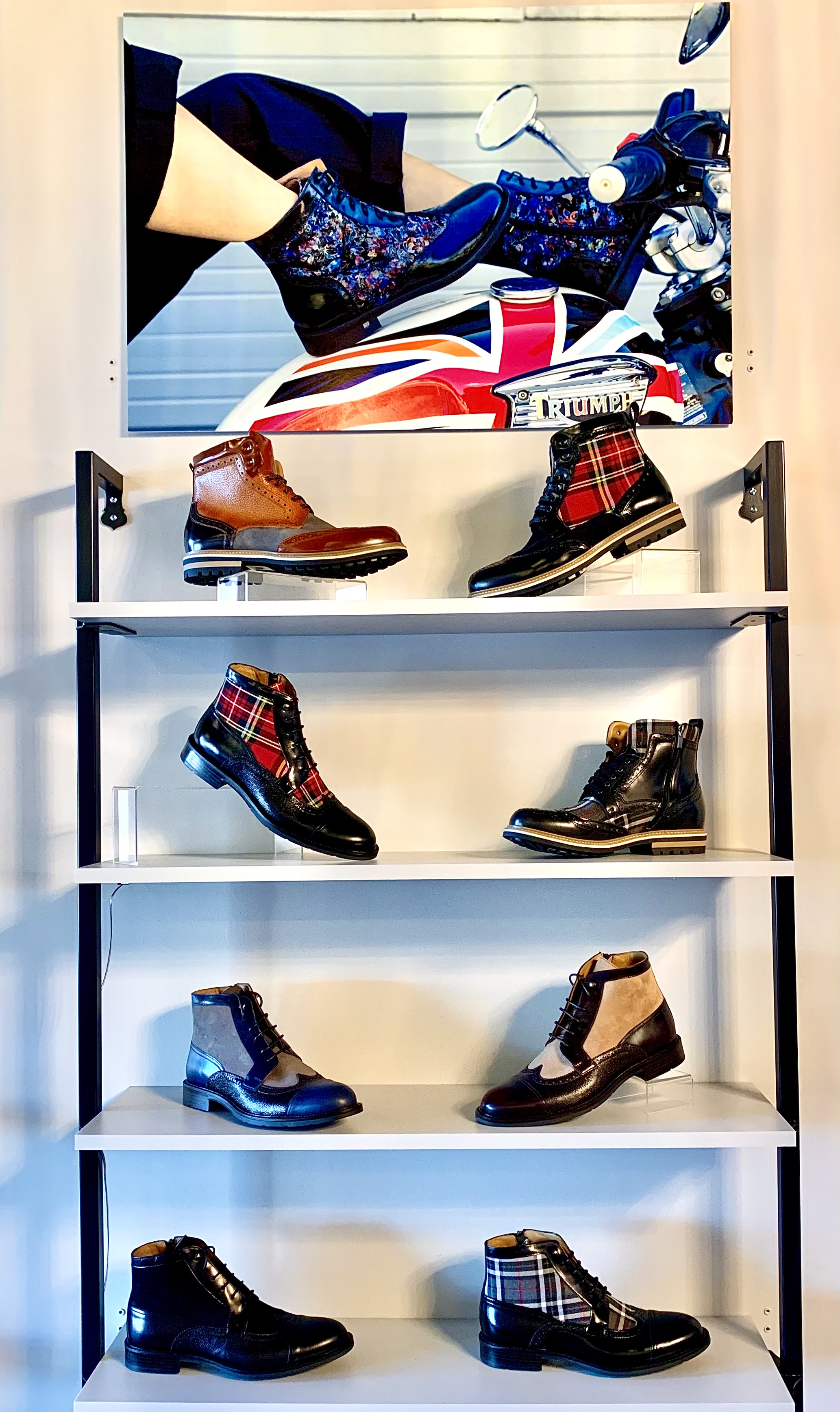 When it comes to the U.S., Embassy London is only getting started. Beldock plans to expand the brand into new territories and roll out unique pieces reflective of the American market.

As the brand grows, Beldock hopes to open storefronts in other states, with eyes on the big fashion capitals like New York and Los Angeles.

Ultimately, Beldock’s goal for Embassy London is to help people look and feel good. That mission lies at the heart of the brand’s U.S. debut.

“I want to provide a product that people like and come back for. I want people to be happy,” she said.

Embassy London products can be purchased at their storefront at 2855 Walnut Street or on their website.

All photos courtesy of Tai Beldock.