All photos shot by Alden Bonecutter

Last night, Khruangbin shattered all expectations of what a three-piece band can accomplish at a live show. Unlike the majority of their contemporaries, Khruangbin doesn’t have too many catchy melodies to sing along with outside of “Time” and “Pelota,” but that didn’t stop the crowd from grooving along to the rhythm and Mark Speer’s incredible guitar performance. The musical trio accomplished a rare synergy, making room for each musician to shine in their own way. Their style lends itself to improvisation, and last night’s Red Rocks performance was a testament to their chemistry and raw musical talent. 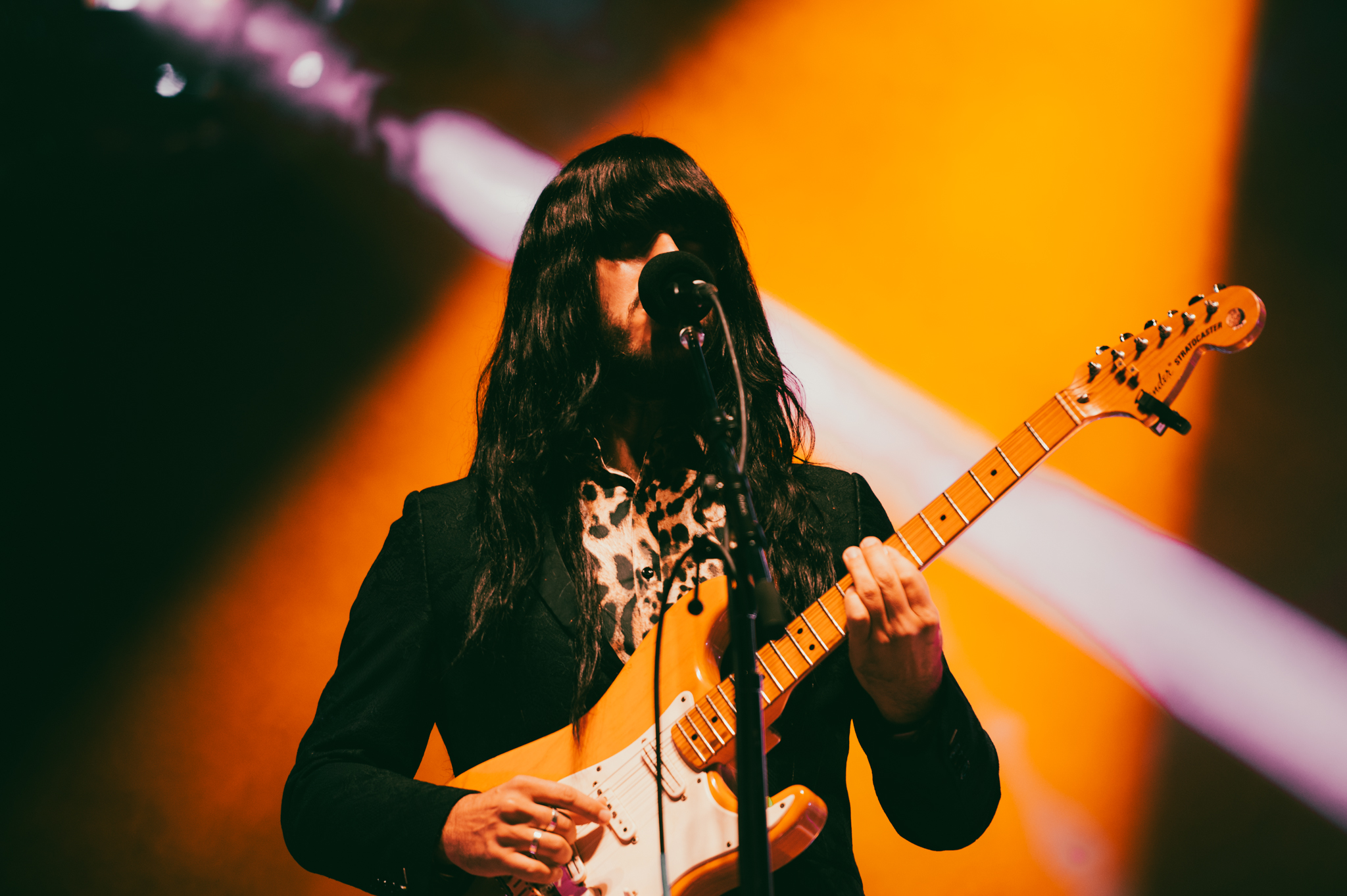 The stage design was as simple as Khruangbin’s music but similarly elegant. Each band member had their own platform to jam and dance on, although throughout the night Speer and Laura Lee on bass traded spots as they saw fit while two disco balls shined above the stage. Although it was easy to get caught up in the impressive technical showcase from Speer’s immaculate performance, it should also be noted that Lee never missed a beat on her bass guitar. Her style is simple but effective, as most iconic basslines are. It’s always enjoyable to experience a bass player who makes room to riff with their guitarist instead of exclusively following the drummer’s lead.

Speaking of drummers, Donald Ray “DJ” Johnson Jr. – Khruangbin’s drummer – kept up with the wild tempo changes and funky transitional passages the entire night, which is no small feat. Although the guitar usually takes center stage in Khruangbin’s songs and performances, it’s the tight drums that keep the rhythm alive and provide the space for Lee to take off in whatever sonic direction he pleases. 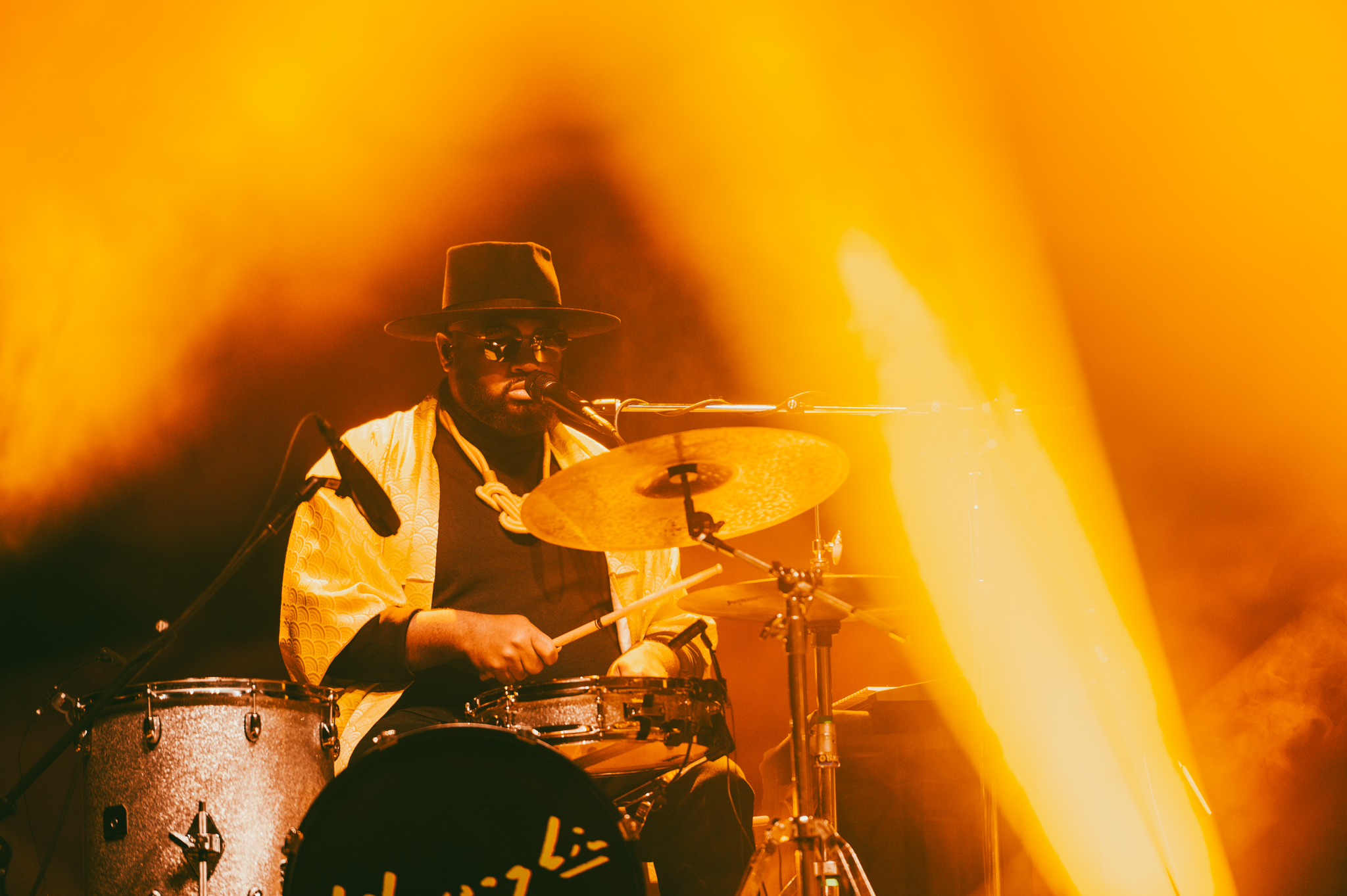 For the first half of the show, Khruangbin explored their original material, feeling out the crowd and bending each musical passage to their liking. While they stuck to the general structure of their recorded material, each song had a live flair or improvisational element that provided a distinct contribution to the listening experience. It truly felt like a performance, not just a rehashing of their biggest records. Even more impressive, the band spent the first 40 minutes stringing their songs together and improvising solos without taking a break. It’s the kind of musicianship that is usually associated with jam bands like The Grateful Dead, Phish and The String Cheese Incident. Khruangbin is that good, although admittedly more focused.

After a solid hour of original material and improvisation, the band dove into a series of short covers ranging from Snoop Dogg to AC/DC. Served up in bite-sized pieces, the band expertly weaved together some of the most iconic songs in music history. With an emphasis on hip-hop, the band gave their take on classic instrumentals like Dr. Dre’s “Still D.R.E.,” A Tribe Called Quest’s “Electric Relaxation,” and other staples of hip-hop history from the late MF Doom and Nate Dogg. The performance felt like a sonic joyride through the ages, celebrating the best moments in music history and honoring their influences with their own unique spin on each track. 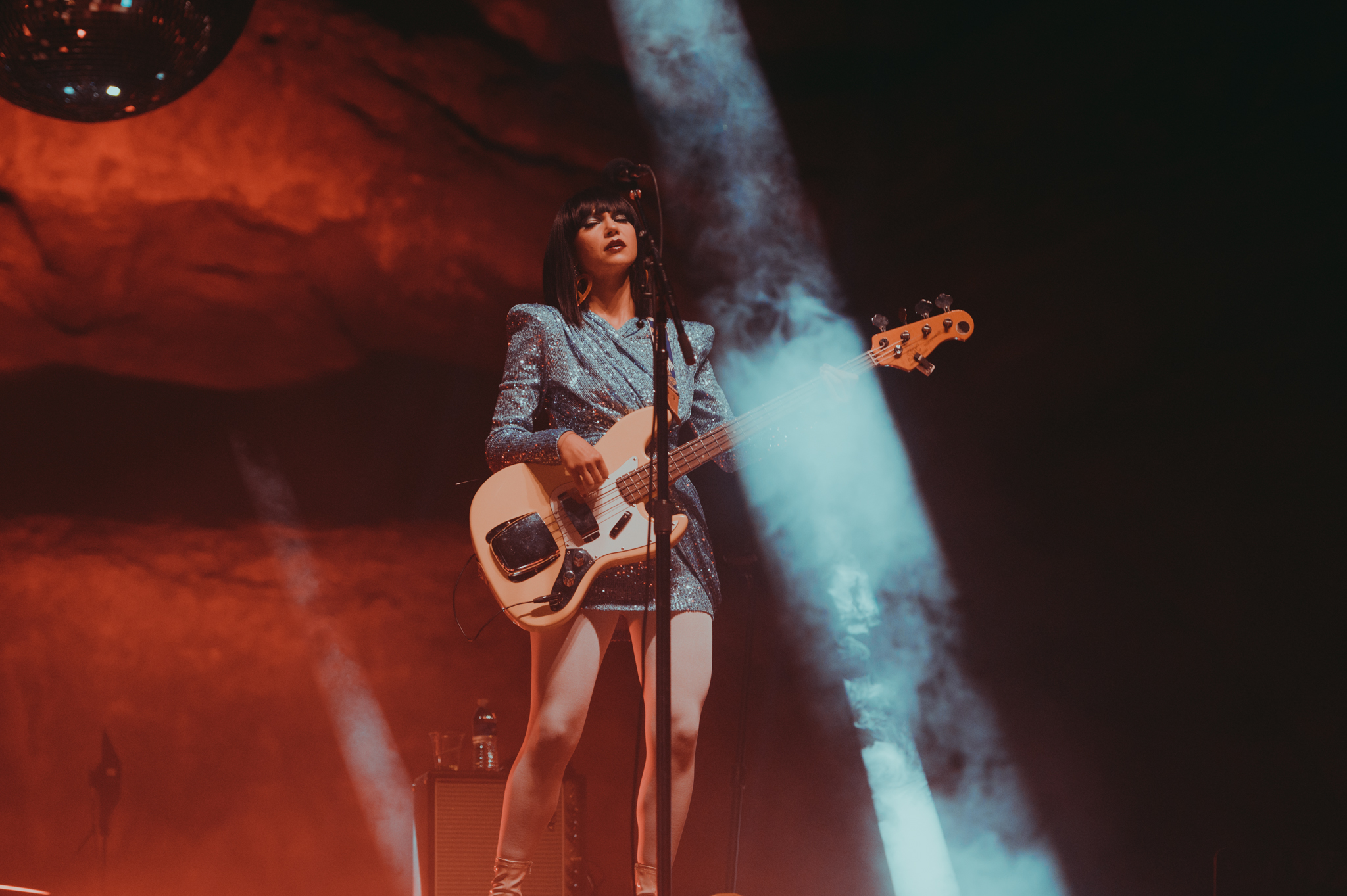 The band refocused their energy on performing original songs following the impressive homage to their musical elders and kicked up production for the last leg of the show. The disco balls were fully utilized, reflecting bright white and neon lights sporadically across the crowd in true disco fashion while the stage soaked up all colors of the rainbow, each melting into each other like mixing paint on a palette.

That’s how Khruangbin performs their music, too. Each instrumental is a sonic blueprint for the final product, which may vary depending on the atmosphere. With an undeniable groove, insane guitar performance and impressive improvisation, Khruangbin’s raw musicality was on full display last night at Red Rocks Amphitheater. Their sound is incredibly accessible despite their unique style, and their live show is easy to love, regardless of the kind of music you’re into.