Starting their 2021 tour with a bang, alt-rock legends, Death Cab for Cutie, brought nostalgia and clarity to Red Rocks Amphitheatre on Tuesday night. The nearly sold-out concert brought music lovers from all walks of life  — young and old, singles and couples, mega fans and simply curious ones. Death Cab for Cutie put on a show that was for everyone and reminded attendees to not take anything in life for granted.

Michael Hadreas, better known as his stage name Perfume Genius, took the stage first and set the scene for the rest of the evening. Known for his radical self-expression and emotional intensity on stage, the indie-pop icon delivered this and more at his first Red Rocks performance. 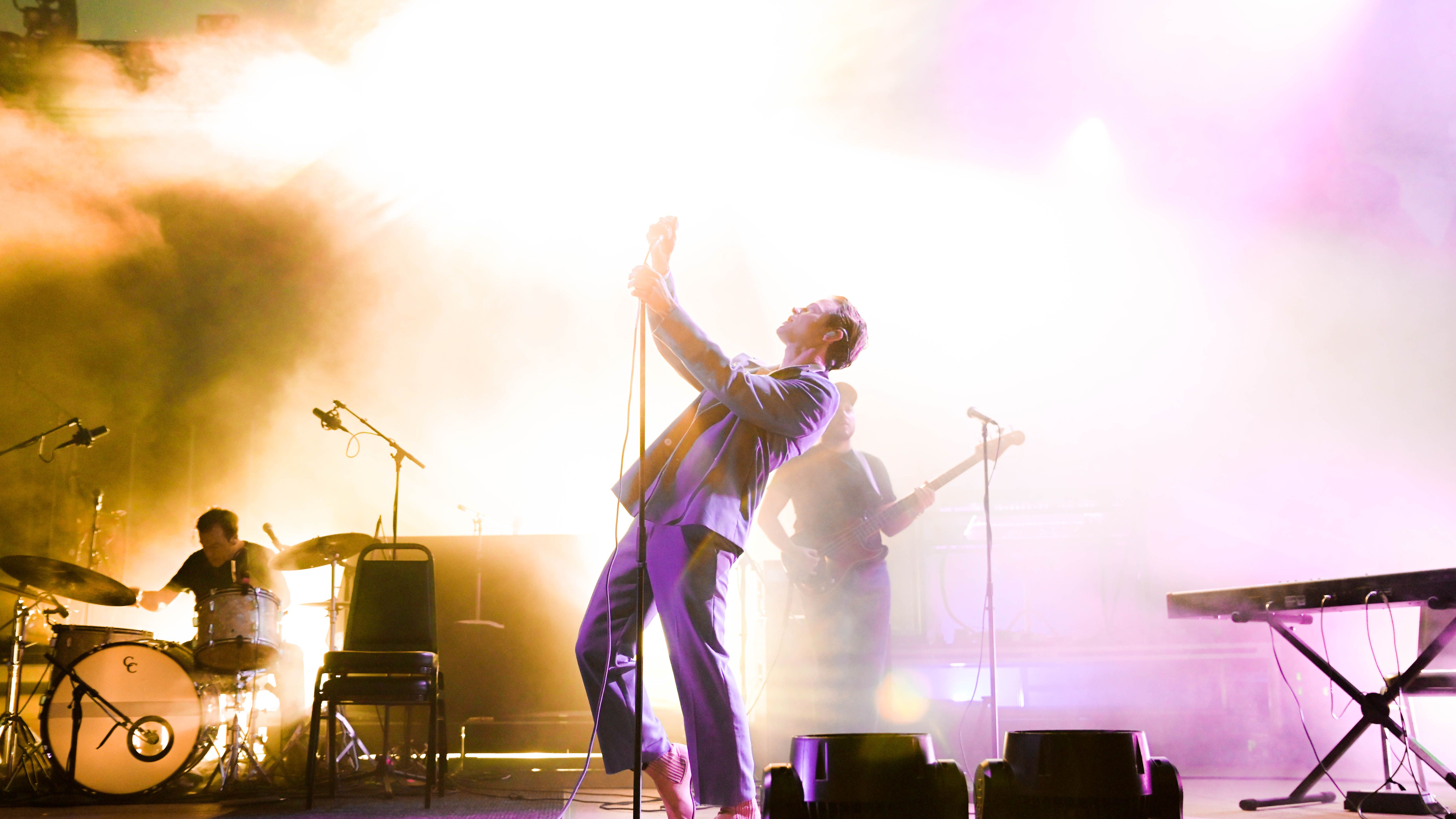 Backdropped by romantic blues, pinks and neutral colors, the ethereal musician started off the evening soft, and slowly built the energy for the eager crowd. Filling the amphitheater with throbbing beats and explosive vocals, Perfume Genius performed hits such as “Slip Away” and “Otherside,” as well as songs from his 2020 album, Set My Heart On Fire Immediately. Inspired by human bodies and the need for connection, the energetic and intense musician prepared the crowd expertly until they were practically ravenous for the highly anticipated Death Cab for Cutie.

To say the amphitheater practically exploded with excitement when frontman Ben Gibbard took the stage would be an understatement. Death Cab for Cutie gave everyone a taste of what was yet to come by taking the slow and steady route and performing “I Will Possess Your Heart” as the first song of the evening. 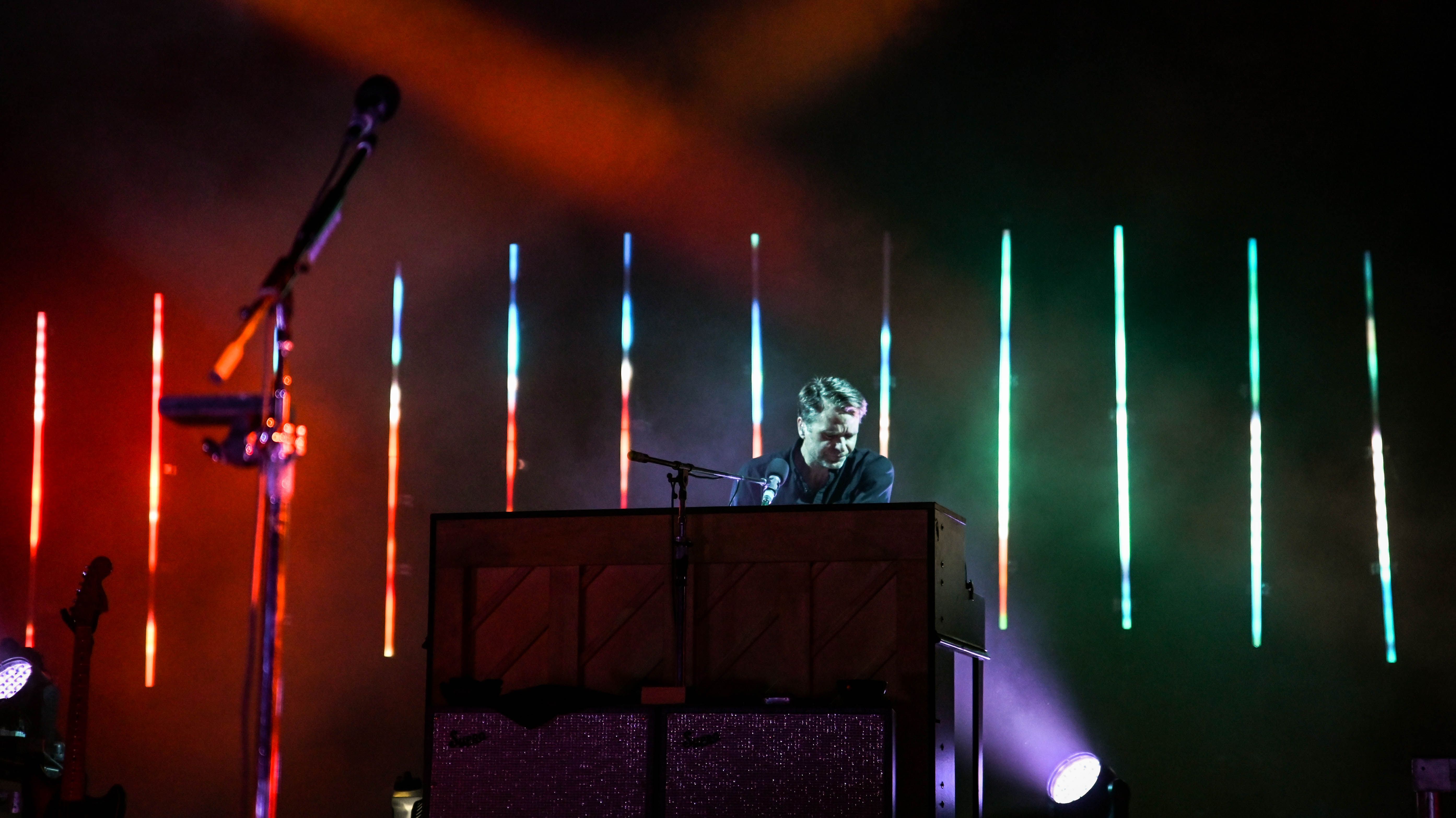 Death Cab for Cutie is no amateur when it comes to curating a memorable performance. Starting originally as a solo venture in 1997, the band garnered some attention when their first album Transantlantacism hit shelves in 2003. Since then, the five-man group has toured around the world, put out a total of ten albums and were nominated for eight Grammys.

A concert by the melodic band would not be complete without a performance of Grammy-nominated hit, “I Will Follow You Into The Dark.” The reflective performance was simple, yet highly effective. Gibbard’s crooning voice and hypnotizing acoustics had fans lifting their hands in the air, almost as if in prayer, as he performed the popular song. The buzzing crowd of 9000 people was encouraged to sing along, creating a truly intimate moment in the amphitheater. 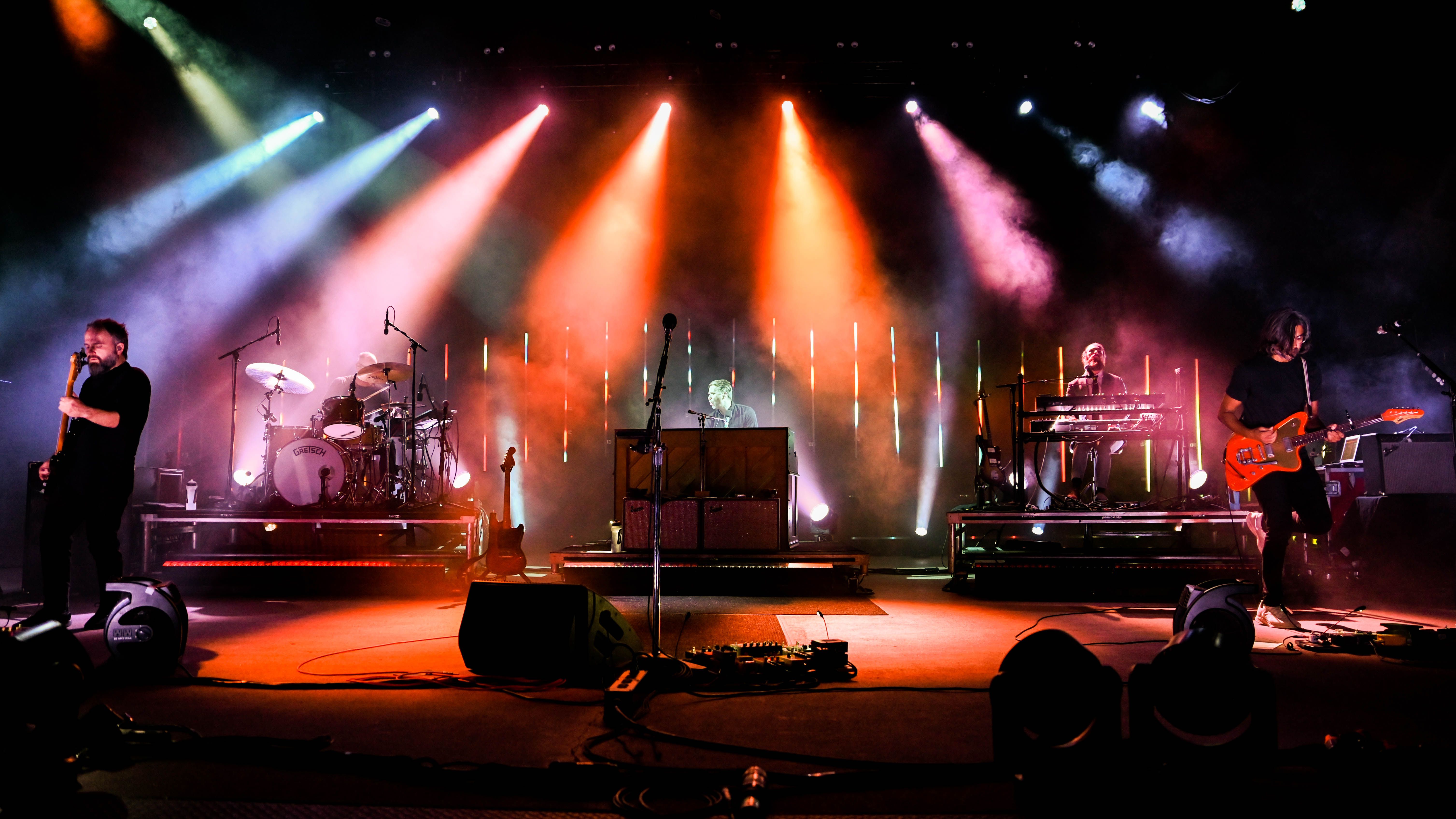 Another highlight of the evening was their performance of “Gold Rush,” an homage to their hometown of Bellingham, WA. The lyrics, “We kissed beneath the street lamp light/Outside a bar near the record store/That have been condos for a year and more,” struck home with the crowd and filled the amphitheater with feelings of nostalgia and longing for simpler days, especially in Denver. The rock band couldn’t show up without performing some of their more “hardcore” hits, however. “Crooked Teeth,” “Black Sun” and “The Ghosts of Beverly Drive” proved to be fan favorites during the immaculate performance. Crashing cymbals, heartwrenching lyrics and crunchy guitar solos left the crowd feeling refreshed and ready for more. 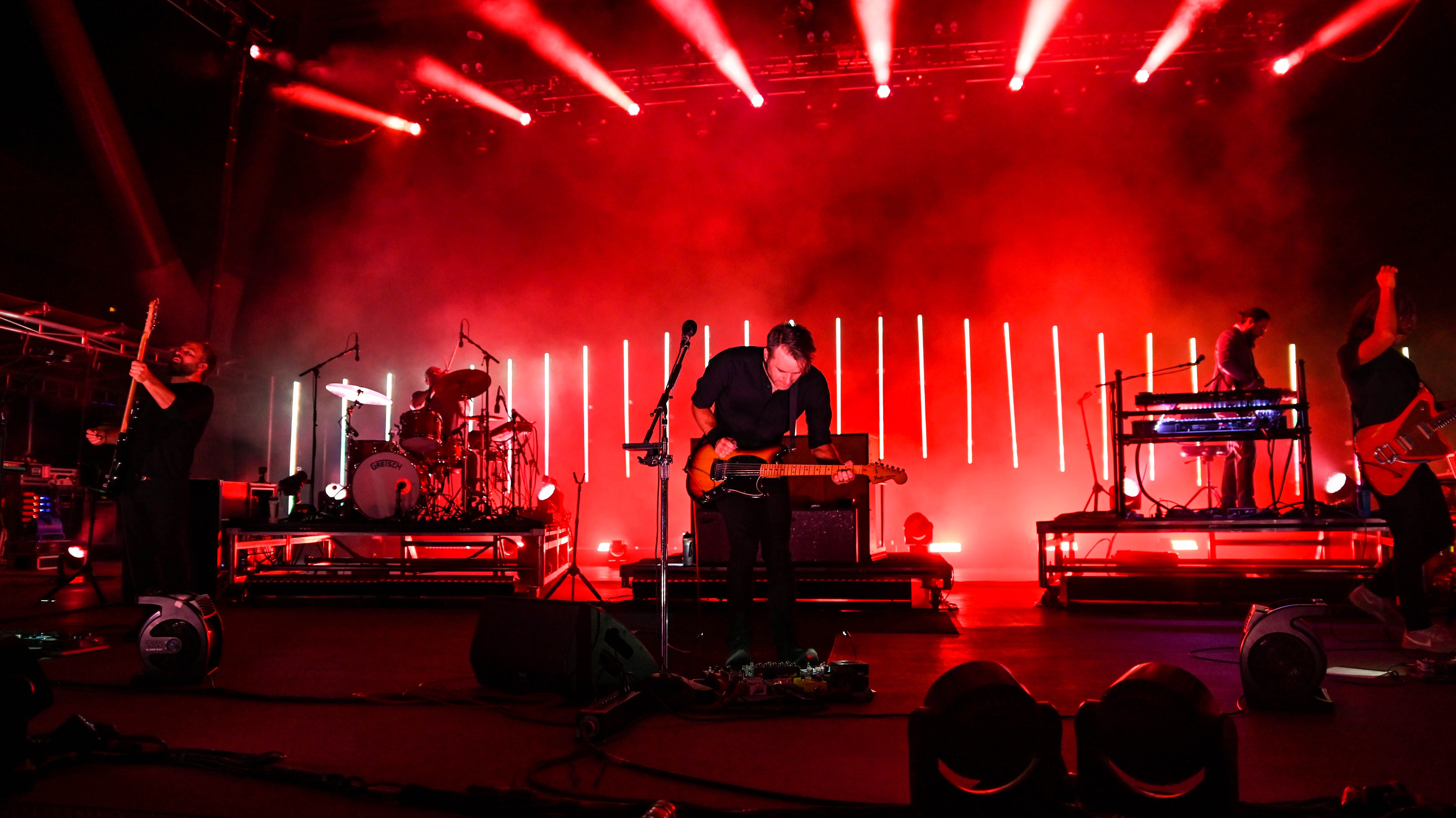 As their set drew to a close, Death Cab for Cutie took a moment to reflect on the difficult year the world endured together and gave thanks to the opportunity to perform again.

They also took the time to discuss their partnership with Fair Fight, an organization dedicated to addressing voter suppression. The politically aware group performed a banger cover of TLC’s “Waterfalls” from their The Georgia E.P., an album created to raise money for the Georgia-based voter rights organization.The lyrical band ended the evening by serenading the crowd with their gut-wrenching hit “Transantlantacism.” As the song built, the emotions throughout Red Rocks climbed as well. The song created a truly euphoric end to an already marvelous evening making it feel like Death Cab for Cutie had written an individual love letter to every listener.