Wandering around backstage at Red Rocks, I came across a slew of pictures and signatures depicting every historical moment the monoliths had been a part of. It was awe-inspiring, looking at the world through the lens of Hendrix, Carole King and most recently Billie Eilish.  Multi-instrumentalist for Death Cab for Cutie, Dave Depper, couldn’t help but gush with me as well. “You know what my favorite piece of trivia is about this place? It is the one stop that the Beatles made in the US that they did not sell out. And I don’t remember what the reason is. I don’t know if it was weather or something like that. But it was on their first US tour or their first tour where they made it out West and, and they did not get to capacity here.”  We sat in some overly plush chairs backstage and talked about Death Cab hours before he would play indispensable solos during “We Looked Like Giants” and “Cath…” and I would be watching from row 18. 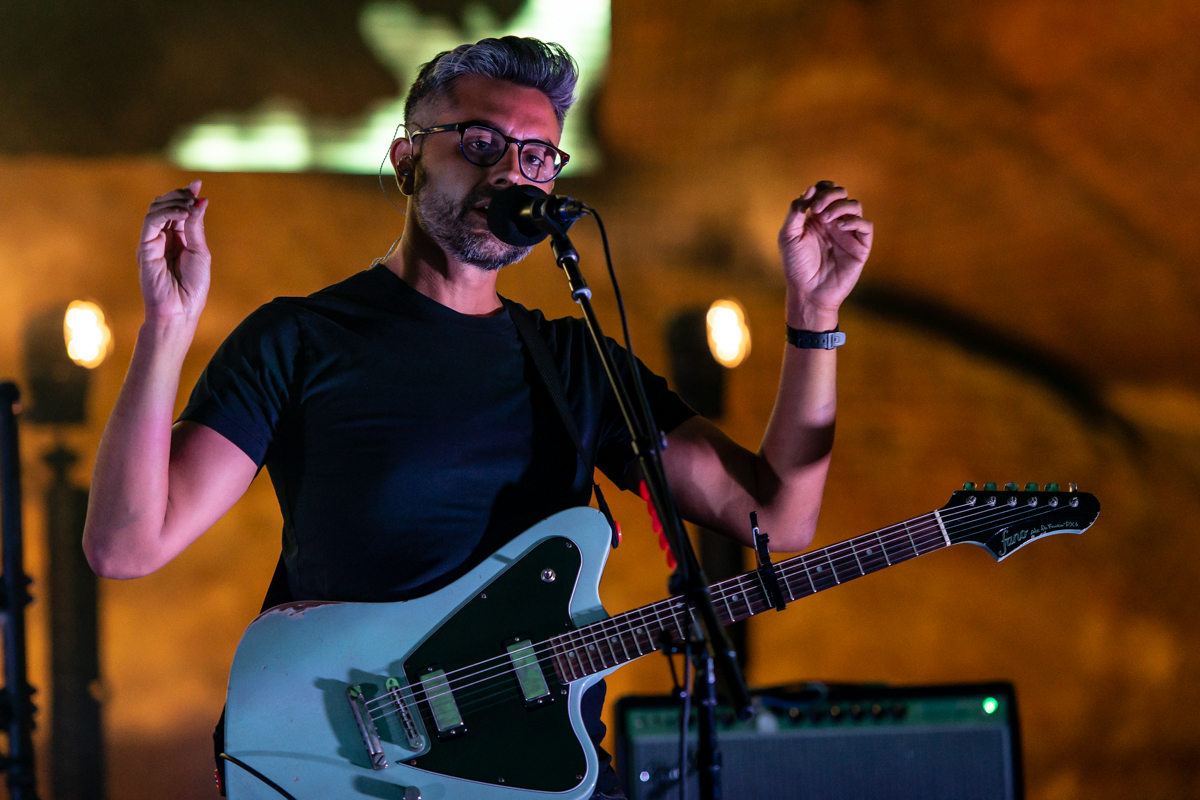 Death Cab for Cutie has been all about renewal since its inception in 1997. Ben Gibbard began Death Cab as a solo venture before taking the original members under the umbrella in 1998. Chris Walla and Gibbard created innovative pieces of music, peaking the moment that Translatlanticism hit the shelves in 2003. The band kept on churning out works of lyrical art, soundtracking every teenaged Millenials long car ride staring out the window. Their discography is an endless stream of feeling, threading melancholic lyrics and piano arpeggios to the seams of some broken dream. And then, the band took a hit.

Walla left and Gibbard remained, and there was a period of unrest, a slew of mixed-bag reviews for later albums. The band kept on touring and kept on creating, and the fans kept on coming. In walks Thank You For Today, Death Cab’s 2018 release, an album that traces back to an earlier sound, similar to classic Death Cab records. Gibbard expanded the band, welcoming in Depper and Zac Rae as permanent members. They had played with Death Cab before, but this album was their first shot at collaborating. Depper talked about the call, the once in a lifetime experience, followed by the fear that he would be “the guy that joined and screwed up Death Cab for Cutie.” I’d argue that he’s far from it. Their newest album showed some humility — leaning on the sounds that made the band what it is today while changing tides, lyrically pushing the bounds of the audience through subjects more akin to the qualms and problems of 30-somethings. On Tuesday night, newer songs like “Summer Years” and “Gold Rush” got the same reception as classic Death Cab hits on the setlist, furthering the perception that yes, they are back, in all of the ways everyone has been asking for.

Mitski made a one-off stop for this leg of the Death Cab tour at Red Rocks and she delivered an opening act that one can only expect from a character such as herself. She mimicked aerobic exercises on a white table and chair with knee pads strapped to her legs and a microphone perched on the table. She sprawled and crunched on her set pieces, paying no mind to how laying down and exercising at high altitude might affect her voice. Because she’s Mitski  — it didn’t. She effortlessly sang through it all, her falsetto piercing through the bustling crowd as everyone tried to cram through the sold-out show. 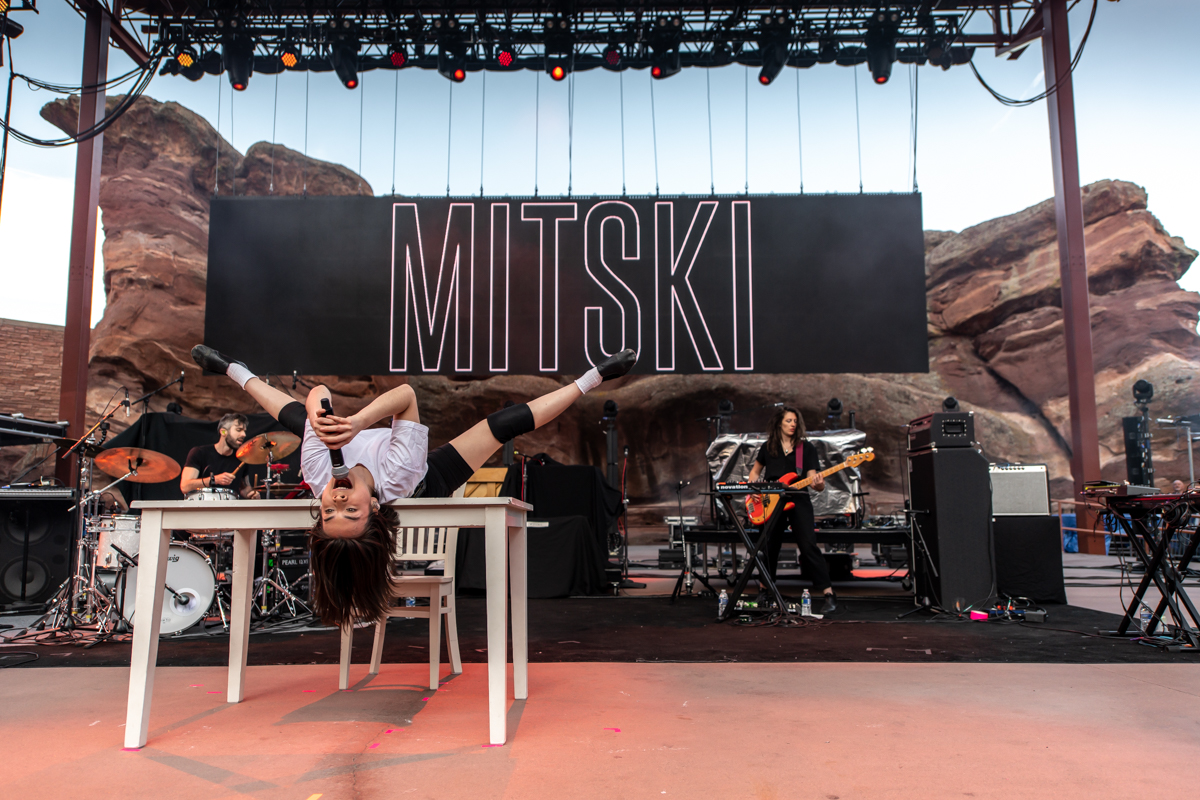 Mitski is no joke. Listening to Be The Cowboy at home is an aperitif in comparison to the live rendition. She’s intense and unapologetic, even when her lyrics drip with insecurity and self-awareness. “Your Best American Girl” from her 2016 album Puberty 2 felt completely foreign in a live setting — which was a good thing. The record relies on the heaviness of the guitars halfway through the song, Mitski relies on nothing in person but herself. She sings each word with a purpose and it feels like it’s mostly for her enjoyment. Depper and I both hadn’t seen her play. We were both, up to this point, silent fans. I can’t speak for his verdict, but I left her performance realizing that Mitski is not, in her own words, “everyone’s flavor,” but if you’re willing to expand your palate, you might find a new favorite. 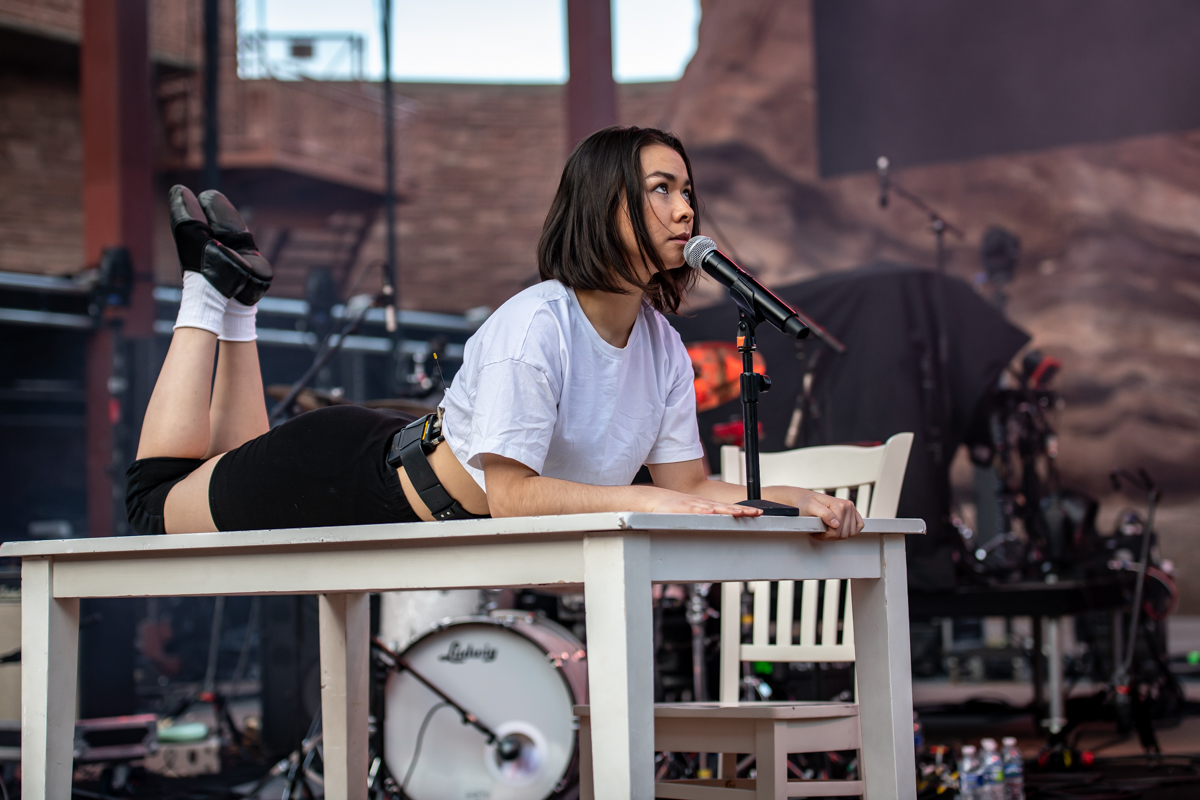 Death Cab for Cutie entered after a short intermission and they dove right into their body of work, taking the timeline of their music seriously, shorting no one of their favorite songs. There were moments where the entire world felt suspended in mid-air. “I Will Possess Your Heart” felt like a marathon, leaving the audience out of breath but elated. “Soul Meets Body” permeated perfectly. Gibbard was ever honest, his performance never faltering. His unique tone stung through “What Sarah Said” and cheered through “No Sunlight.” Throughout the dips into the previous decades, Death Cab brought out their new record just the right amount to satisfy their tours namesake, but not enough to deter. One of the highlights from their new record was “60 & Punk,” with Depper’s recounting of the recording process of the song echoing in my head.

“We tried a bunch of different approaches to the song and it didn’t work. And it was like literally the last day of tracking the record, we still hadn’t come up with a version that worked. [Gibbard] was at the point where he’s like, maybe I’m just going to sing it solo acoustic and that’s how it’s going to be. And then [Gibbard] left the studio and the other four of us were just kind of sitting around and we were so out of ideas that we were just talking crazy. We were like, ‘Hey, let’s just set up one microphone in the kitchen of this recording studio and Jason [McGerr] bring like two drums up there.’ And so we set this one mic up and brought like a kick, a snare and a cymbal and that’s it.  And then I sat down at a synthesizer, Zac [Rae] sat down on a synth and Nick [Harmer] had written this kind of like “Beatles”-ey bass line, and we’re like, let’s just all like have a glass of wine. It’s 10:30 at night, let’s just see what comes out. And what you’re hearing is literally the one time we played it.”

Coming back for the encore, Gibbard entered with a sole guitar and played “I Will Follow You Into The Dark.” The room was filled with voices, at one point leaving Gibbard to direct a crowd of newly minted musicians — the audience — through the chorus as he held back. We took the reigns because he allowed it, and that seemed like the tone for the evening. A subtle webbing of fans through an intricate conversation between band and audience led gently by the performers. 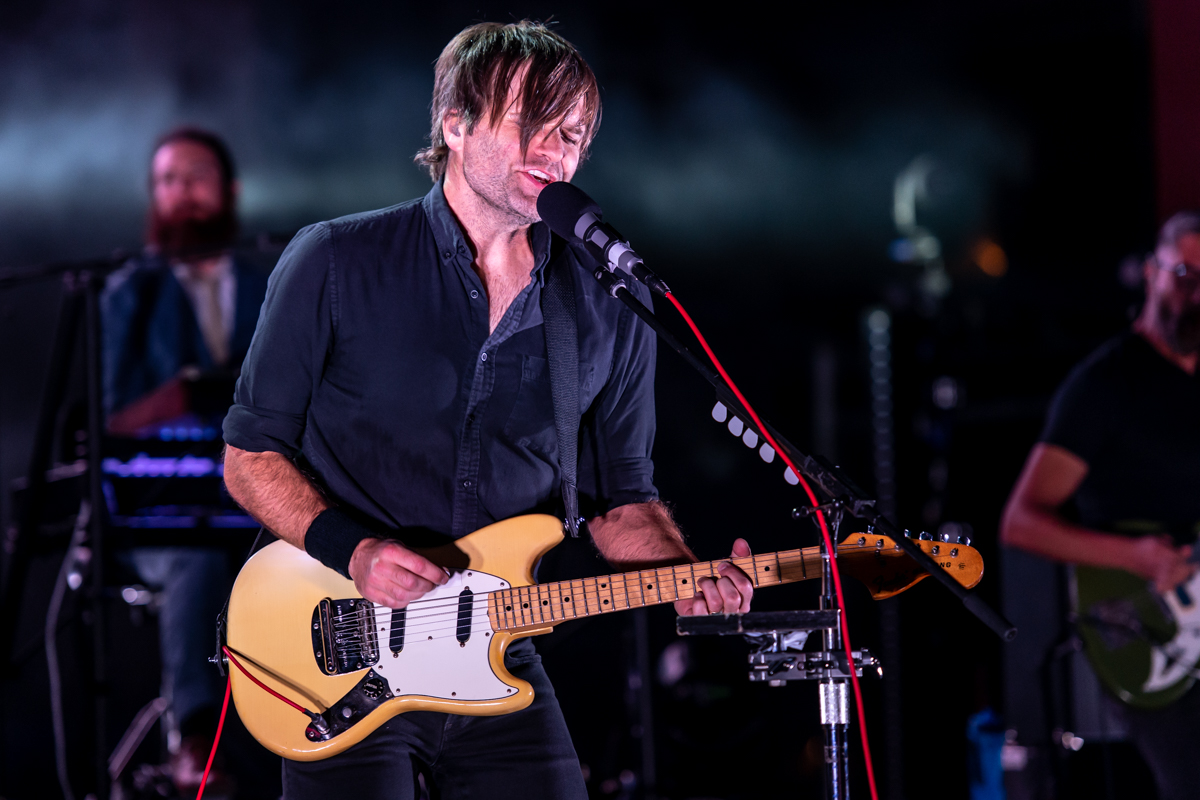 The band would leave us on some endless shore, carried away by the intricate drum patterns and melodies hitting our chests like waves. What was said outside of the lyrics was as powerful as the words themselves — especially for the final song of the night, “Transatlanticism.” It’s a song that hits your core and this isn’t lost on anyone, including the bandmates. Depper mentioned it was his favorite song to perform at Red Rocks every time he’d been there, and no matter how expected that answer may be — there’s a reason for it. The construction of the song built around the hushed tones of the audience, everyone’s eyes glued on the stage. People that had already filed out of the amphitheater stopped to listen and sing along with Gibbard, with Depper, with everyone that felt fixed in that moment. The ending notes felt like a farewell worth hearing.

Through personal trials of life and the changing tides of music, Death Cab for Cutie remains. The addition of bandmates has only created a new movement in their life-long symphony, and we went along for the ride on Tuesday night, catching the moment in its fruition.