All Photos by Kennedy Cottrell

This past weekend, eccentric DJ and dance-music icon Zeds Dead held their annual “Dead Rocks” event at Red Rocks Amphitheatre. The Canadian electronic duo has transformed the massive venue into a world entirely on its own, complete with a transcendent light show and the infamous “Deadbeats” – a word used to describe the dedicated tribe of Zeds Dead fanatics – every July (with the exception of 2020) since 2014. Each year the bass-heavy, strange and rhythmically diverse superstars find a way to outdo themselves. With the help of Red Rock’s new roof, which boasts an impressive 84 rolling spanner beams that are used to hang lights and sound, Zeds Dead took advantage of their first weekend back on stage since COVID and transported the crowd to a place beyond their imagination. 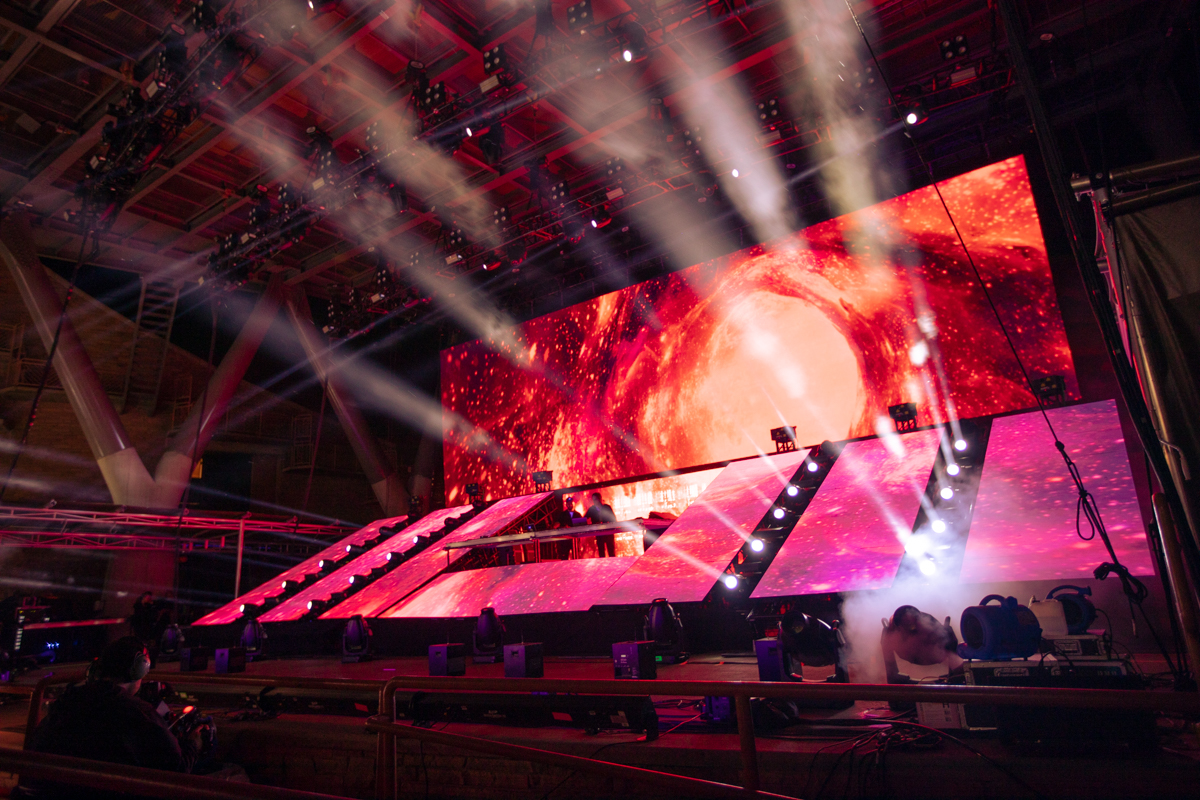 The lineup for Dead Rocks was as diverse as the headliner’s wide-ranging sound. From GG Magree’s lighthearted and upbeat dance club music to Kill the Noise’s insane, slightly demonic visuals and bass drops exploding like geysers in an inferno, each opener played their part well. By 9:45, when Kill the Noise stepped away from the DJ booth, the crowd was excited to accompany Zeds Dead on a journey through time and space. For a generation that grew up experiencing the rise of EDM’s popularity and experimentation, songs like 2012’s “In the Beginning,” the opener for Zeds Dead’s Saturday show, and 2007’s smash-hit “Eyes on Fire Remix” acted as timestamps on the road to maturity, each marking an important milestone on the path to freedom. 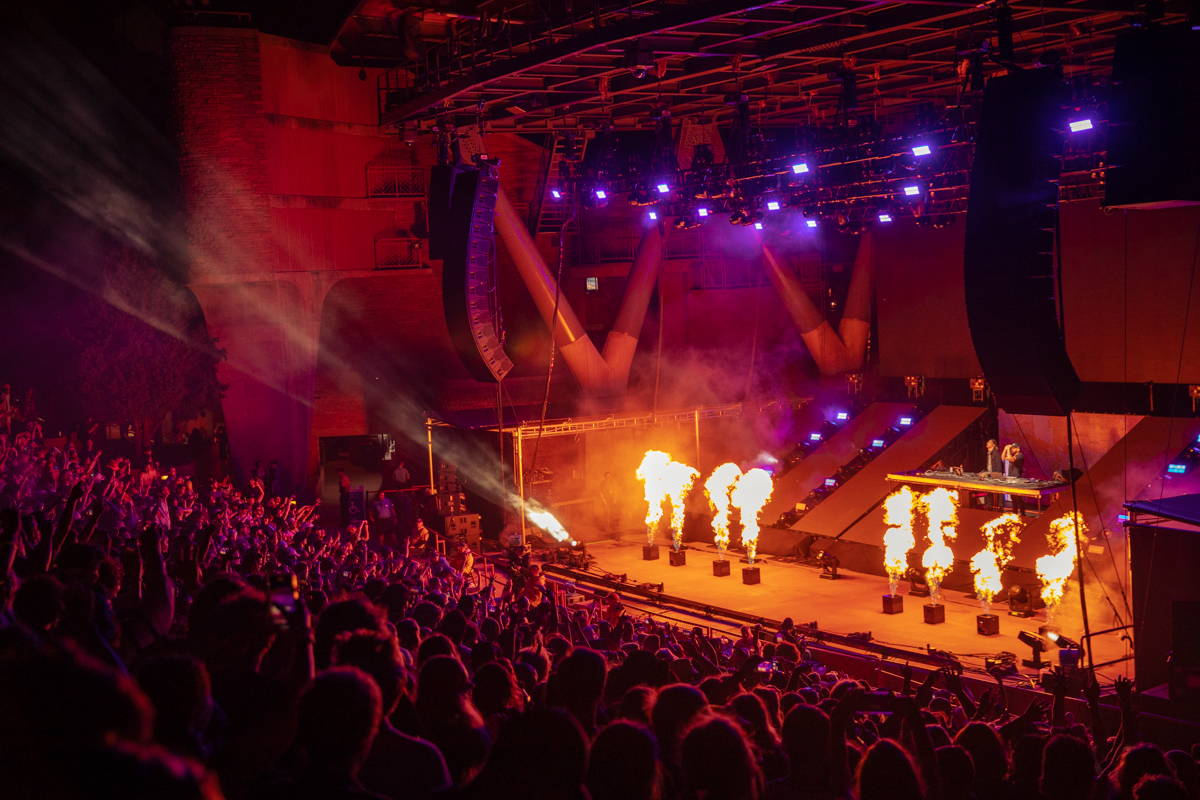 Unfortunately, there were some technical difficulties that cut off the sound about 40 minutes into the set. The crowd, careful not to be discouraged, refused to let the energy die and continued cheering and dancing even when the music was out. There wasn’t a single moment of silence.

When the music began again, Zeds Dead took a break from their “greatest hits” compilation to dive deep into hard-bass music and head-banging cult favorites like the reggae-inspired “Undah Yuh Skirt.” Complete with neon purple strobes and flashing white lights which were disorienting in that satisfying “holy shit everything is chaos” sort of way – this deep bass cut picked up the energy and turned up the tempo. The group transitioned smoothly into a 40-minute string of drum and bass tracks that turned the crowd into a swell of hyped-up energizer bunnies, like an overcharged battery soaked in Red Bull. 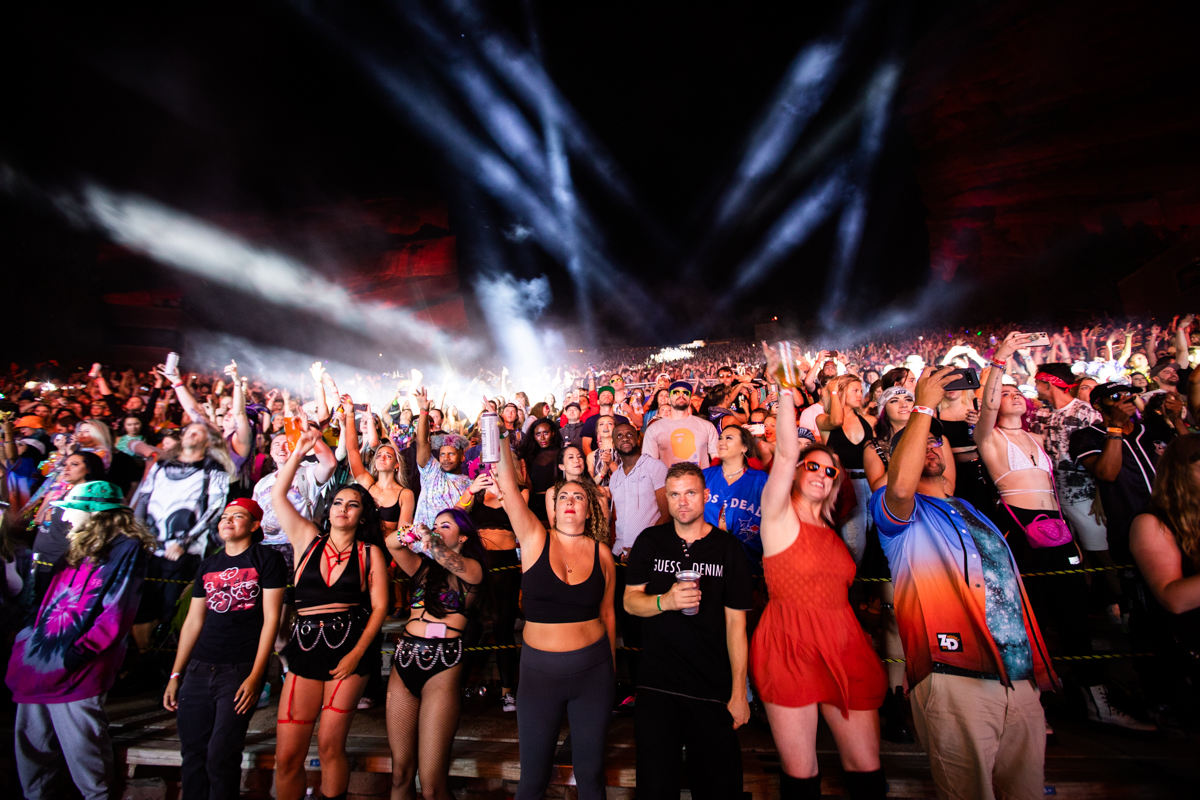 The DJs, who are both long-time hip-hop fans, incorporated some great classics into the mix as well. As the crowd chanted along with Dead Prez’s iconic “Hip-Hop,” it was impossible not to see the inspiration EDM music has drawn from the earlier days of hip-hop’s rise to international recognition. Kanye West’s party anthem “Get Em High” also made a welcomed appearance and gave the crowd a chance to slow down, if only for a second.

After performing a few songs from their contemporaries, including Flume’s immensely popular remix to Disclosure’s “You and Me” and Lido’s take on the classic Bill Withers “Ain’t No Sunshine,” Zeds Dead’s time was running out. As the clock ticked closer to 12:00 a.m., the finale showcased the fan-favorite “Eyes on Fire” remix, accompanied by some pretty impressive fireworks launched from both sides of the stage. With lasers firing across the iconic red rocks marking the boundaries of the amphitheater, the Zeds Dead logo levitating like a Batman symbol in a cloud of fog above the crowd, and 9,000 people swaying in unison, the night came to a perfect end. Walking back to the parking lot, there was no shortage of praises from the concertgoers, many of whom would have stayed in the crowd all night, if given the chance.