All photography courtesy of Meow Wolf

For those who have been eagerly awaiting the opening of the spaceship-like building wedged between I-25 and Colfax Avenue in Denver, you will have to wait a bit longer. However, if you’re craving some Meow Wolfian experiences, the artist-collective-turned-immersive-entertainment-tycoon is opening its second permanent installation on February 18 in Las Vegas, called Omega Mart, and tickets are on sale now.

Omega Mart is part of a much larger experience deemed AREA15, which is being hailed as an immersive art and entertainment district complete with a zip line, axe throwing, virtual reality simulators, bars and more soon to come. It’s not too far from the Strip, and some of the gimmicks will seem slightly familiar to anyone who’s spent a few days wandering between casinos. But Omega Mart is pure Meow Wolf.

More than 325 artists and creatives collaborated to make Omega Mart a reality (albeit its own reality), with over 250 unique projects that span across four themed areas and present more than 60 one-of-a-kind experiences. 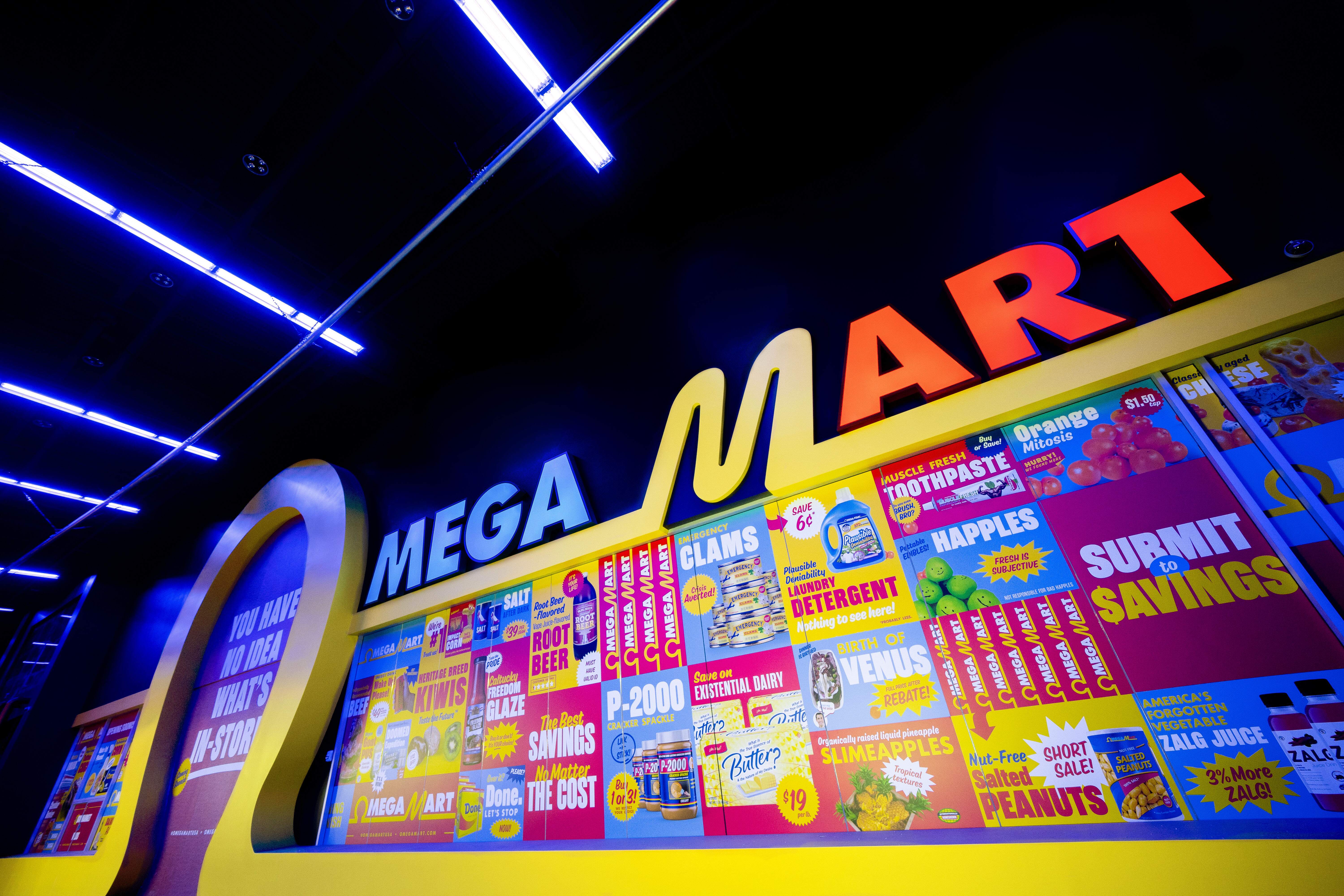 Much like the original permanent Meow Wolf installation in Santa Fe, New Mexico, called The House of Eternal Return, Omega Mart provides an extraordinary setting that transports visitors to other realms of reality, realms that have been fabricated by intensely creative people. But, the backbone of Omega Mart differs greatly from the original installation — not only because different artists contributed to it, but because it starts as a grocery store rather than a house.

Of course, it’s not just a regular grocery store. According to the official statement, it “begins with hundreds of products that have the ability to fulfill desires beyond expectations and leads beyond into new worlds of inspiration, play, and transformation.” Some of these products include “Impact Corn,” “Caltucky Freedom Glaze” and “Americanized Beef.”

The “new worlds” beyond the grocery store facade are varied, twisted, bizarre, labyrinthine and creative as hell — and you might not see them all in your first visit. Along with mind-bending visual art, musical artists like Amon Tobin and Android Jones have contributed to Omega Mart in their own special ways. But any description of a Meow Wolf exhibition falls short of a lived experience of it. 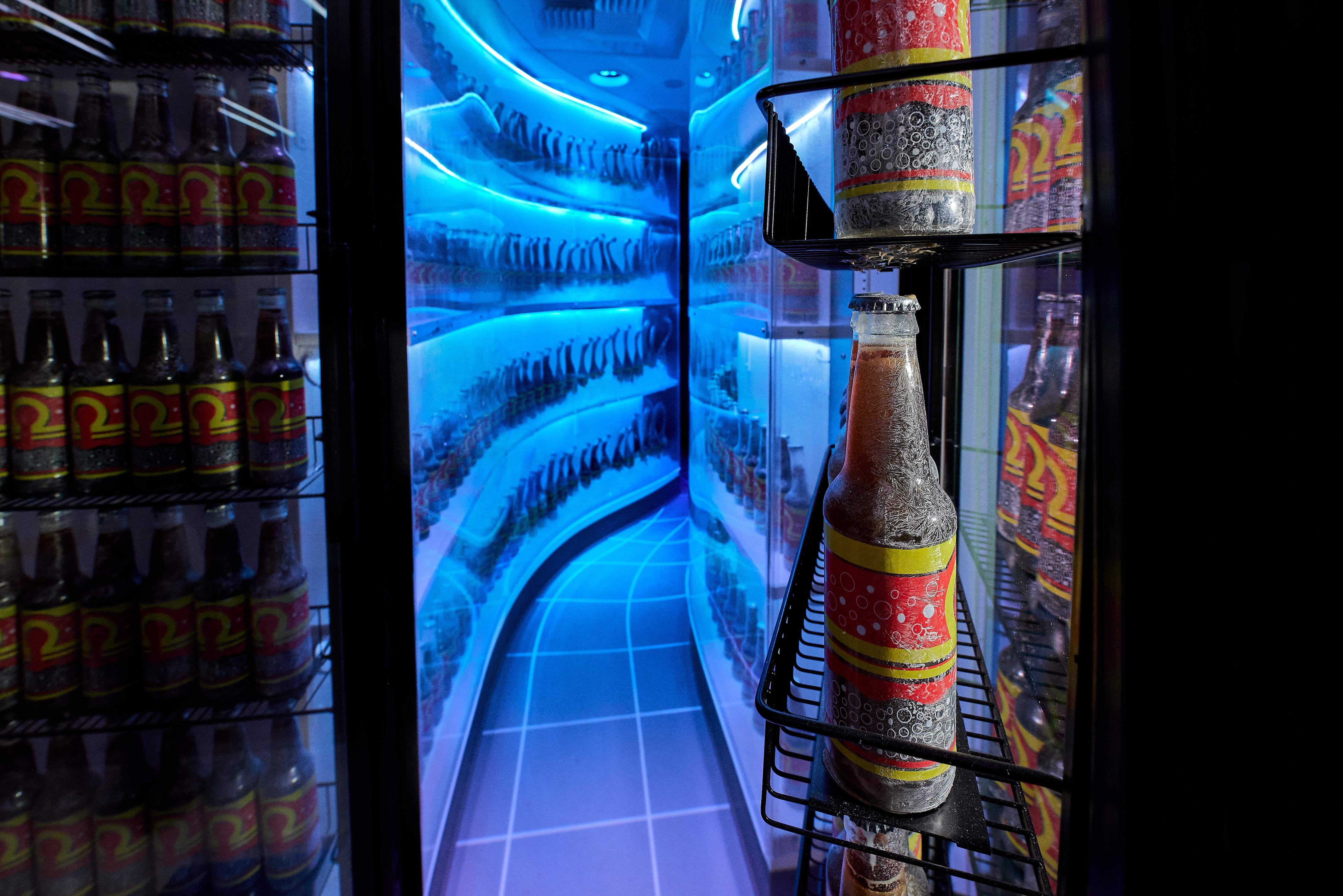 Since many things in the world have changed since Meow Wolf’s first immersive installation years ago, the opening of Omega Mart comes with some new precautions. Until further notice, the entire exhibit will only allow 25% capacity, with tickets selling exclusively online in advance. All visitors must wear masks at all times and engage in social distancing from other groups. Temperature checks via thermal cameras are already in place at the entrance to AREA15, and anyone who registers over 100.4 degrees Fahrenheit will be asked to leave (with their group). Meow Wolf also assures visitors that the entire installation will undergo “rigorous sanitization” every day, along with health checks for employees.

These precautions will inevitably alter some of the ways people typically interact with previous Meow Wolf installations. But, some visitors might appreciate the smaller crowd sizes, as well as the attention to cleanliness that AREA15 and Meow Wolf are trying to accomplish while still providing an in-person experience. After all, who doesn’t want an hour in a different dimension right now? 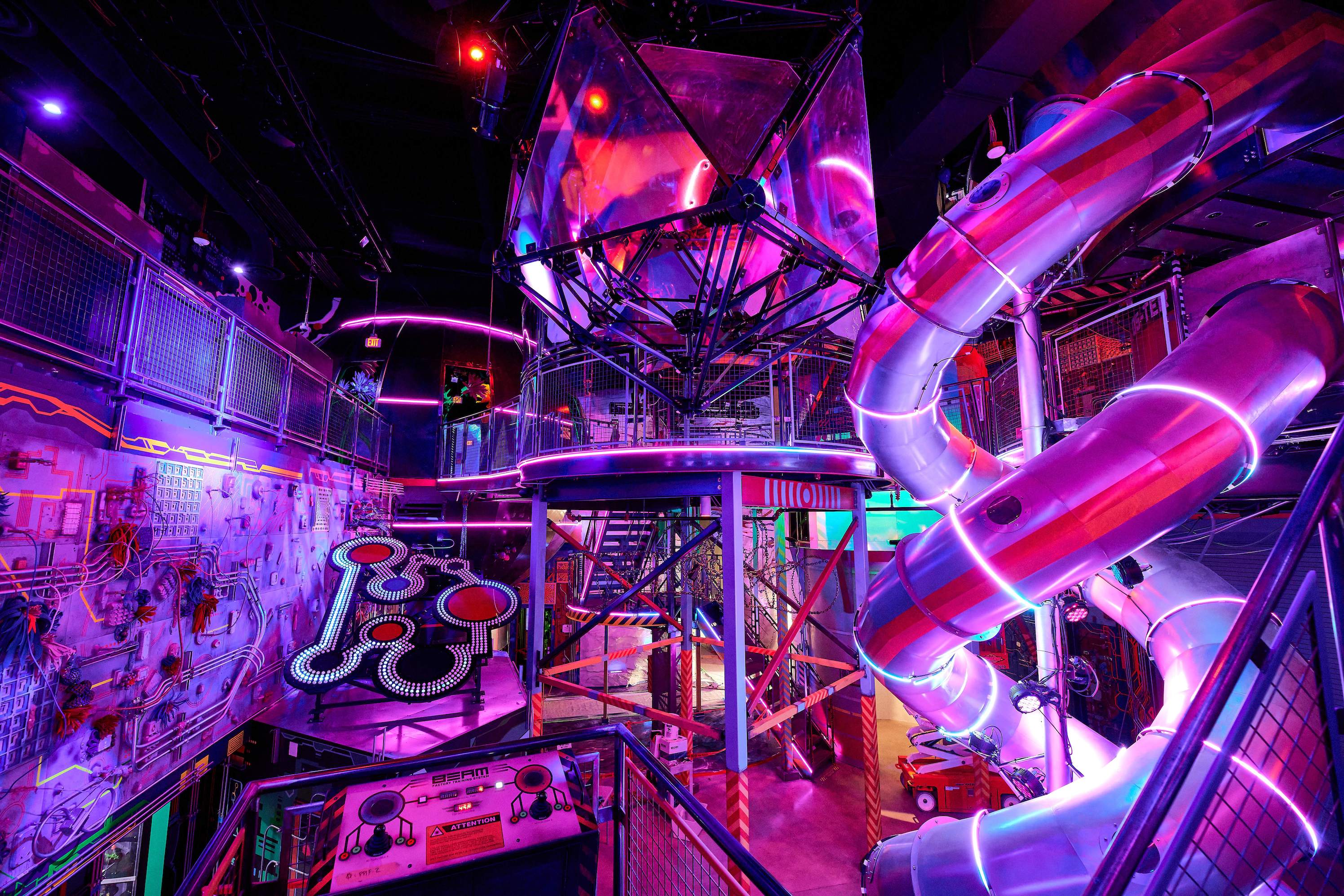 All photography provided by Meow Wolf