Even if you know nothing about art — you’ve probably heard of Frida Kahlo. On top of being recognized as one of the most extraordinary artists of all time — the Mexican painter is also seen as both a feminist and political icon. Kahlo’s life was filled with hardships — yet she was still known for having a bubbly sense of humor and a fierce will to succeed. She shared a tumultuous relationship with her longtime lover — Diego Rivera, who was a prominent Mexican muralist and painter. Catching a glimpse of one of Kahlo’s original artworks is difficult — most of her pieces are on display in Mexico or larger cities like New York. However, Denver Art Museum is soon opening its latest exhibition: “Frida Kahlo, Diego Rivera, and Mexican Modernism.” For the next three months, Denver will be home to this traveling exhibit showcasing works by some of the most influential artists of the modern age. 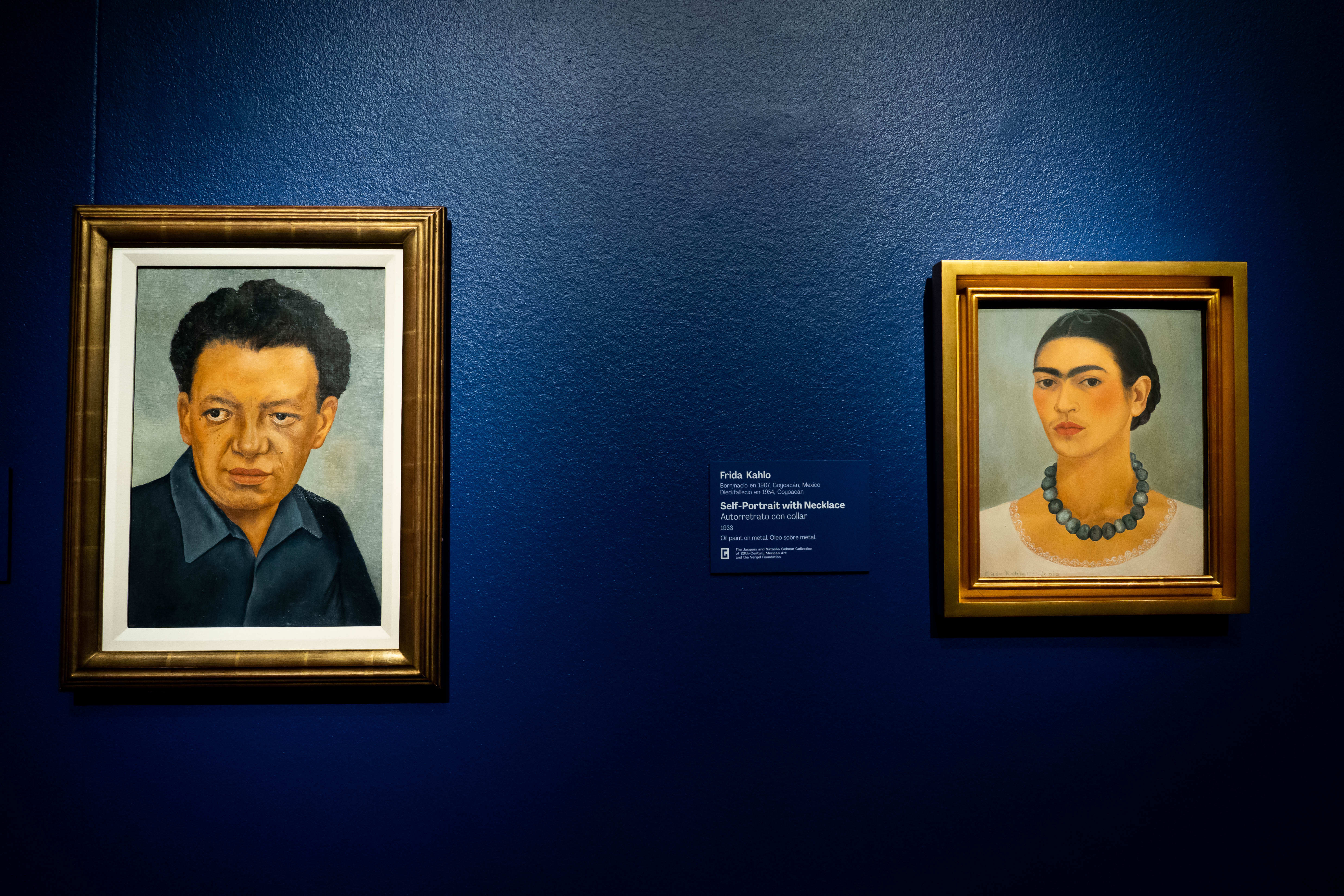 “The Mexican modernists gave visual identity to a new nation of Mexico and that identity incorporated aspects of ancient Mexican aesthetics and the most modern art styles,” said curator Rebecca Hart.

Kahlo and Rivera were both politically progressive and members of the Mexican Communist Party — which often led to conflict from American benefactors who held capitalist views. In 1933, the Rockefeller family commissioned Rivera to install a fresco titled “Man at the Crossroads” — an artwork contrasting socialism and capitalism. Rivera included an image of Vladimir Lenin in the piece — and Nelson Rockefeller quickly had the mural destroyed. 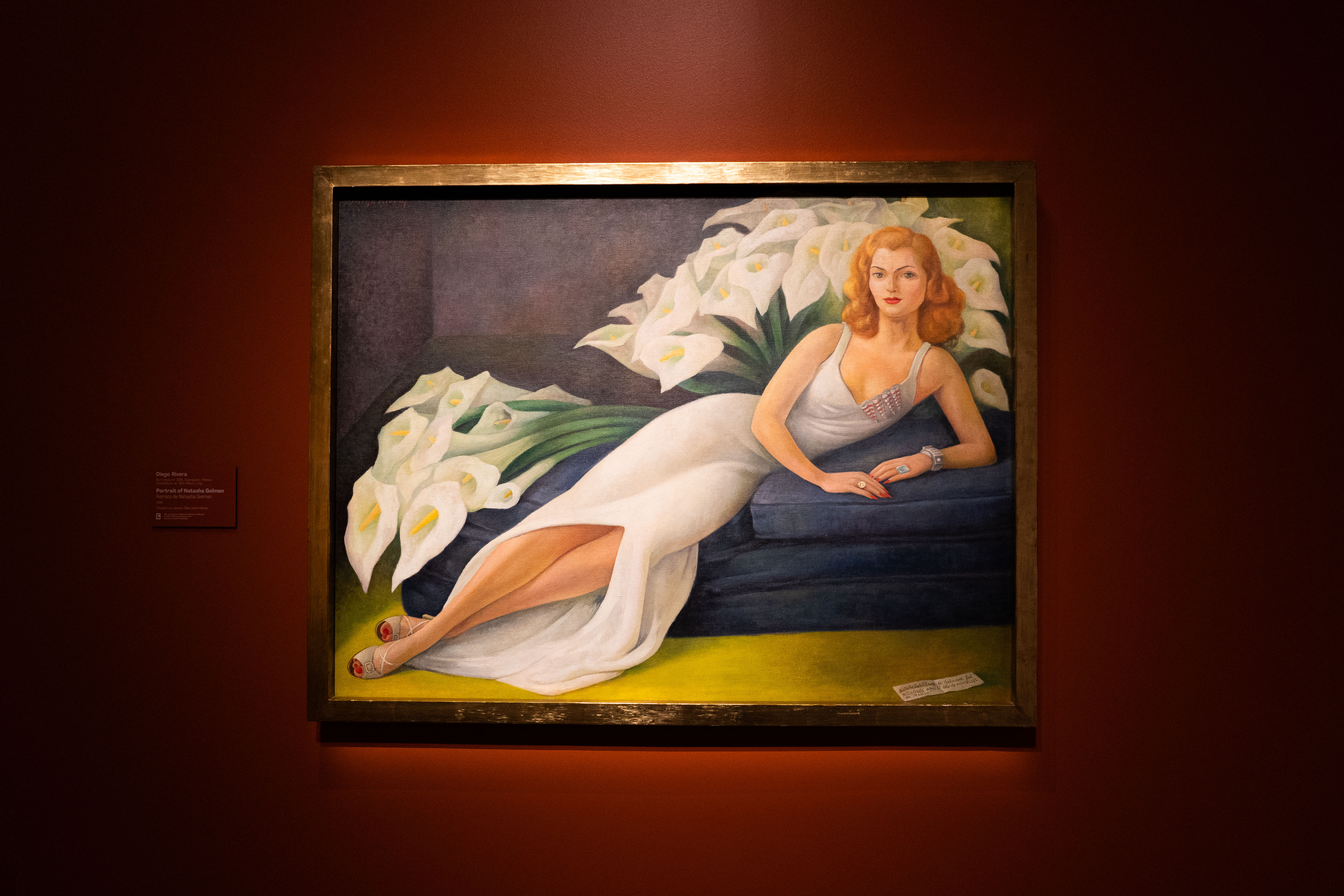 This theme of conflict is one held throughout the exhibition even beyond the political messages. Many of Kahlo’s paintings are considered “magical realist” — Denver Art Museum’s website describes the style as an art style and world view that embraces contradictions. Magical realist paintings often combine realistic settings with hints of magical elements. They also embrace “mexicanidad” — a term which refers to the style that embraces past cultures while also looking into the future. These contrasting elements are seen not only throughout Kahlo and Rivera’s style of art — but also through the relationship they shared.

Kahlo and Rivera first married in 1929. By looking at the artwork they created of one another — you might assume they had a flawless love story. However, their relationship was filled with fighting and affairs. They divorced in 1939 only to remarry a year later. The exhibition culminates with visitors being able to view Kahlo’s infamous painting — “Diego on my Mind.” The piece is a self-portrait of Kahlo with a tiny portrait of Rivera stamped on her forehead. The painting implies that not only was Kahlo always thinking of Rivera — but actually considered him to be a part of her. At the same time — the fact that Rivera’s portrait is a miniature one also diminishes his role in her life. Kahlo’s face overpowers Rivera’s — and the mess of webbing and vines that surrounds her appears to trap Rivera. He is certainly a source of her inspiration — yet the relationship struggles are still clearly seen in this single artwork.

The works are ordered by different sections of the exhibition. Some section titles include “Home and Family,” “Extended Circles” and “Shifting Views.” Yet perhaps the most somber portion of the entire exhibit is titled “Wounded Body” — which focuses on Kahlo’s physical ailments. Not only did she suffer from lasting effects of childhood polio — yet she also survived a bus accident that shattered her pelvis and spine. She also went through an excruciating miscarriage which devastated her physically and emotionally. Kahlo’s pain is mirrored in some of her prominent works — her art became a mode of survival for her.

Kahlo and Rivera are not the only artists recognized in the new exhibition. Art lovers may recognize other prominent artists — such as Carlos Mérida, María Izquierdo, Gunther Gerzso, David Alfaro Siquieros as well as prominent photographers. Visitors may recognize “Festival of the Birds” by Mérida or “Naturaleza viva” by Izquierdo.

The exhibition layout was designed by Mexican architects Héctor Esrawe and Ignacio Cadena. Their Mexican style of design can subtly be seen in the walls of the gallery. They also created the lettering displayed throughout the space — which is based on lettering taken from ancient pre-Hispanic architecture. 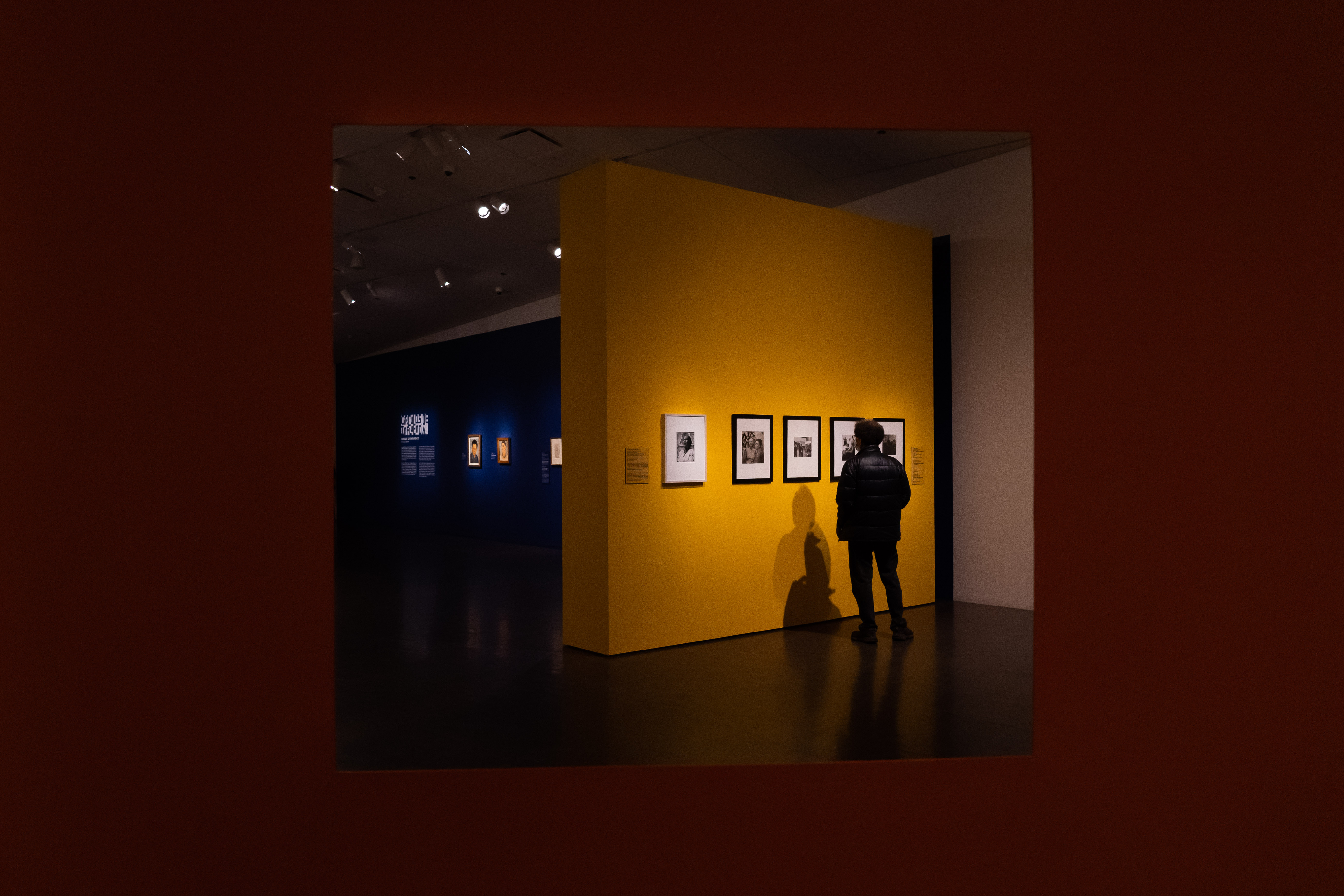 The museum is also taking precautionary steps related to the COVID-19 pandemic. The museum has dramatically increased cleaning and sanitation procedures and also boasts a high-quality air filtration system. Capacity is currently limited to 30% so that visitors will have plenty of room to social distance throughout the space. Tickets are currently being sold in time blocks to ensure that guests visit at varying times. Hart shared that as tickets begin to sell out — the museum will add blocks before opening and after closing hours, meaning that the museum’s hours will be extended to accommodate an influx of guests hoping to catch a glimpse of the exhibition. Despite the hardships the pandemic has inflicted on Denver’s art community — Denver Art Museum is excited and ready to handle a large amount of visitors to what is sure to be a popular exhibition.

“I hope people see how important Mexican culture was to these artists and how they brought Mexico to the forefront of an art scene that was predominantly European,” said interpretive specialist Maria Trujillo.

At the end of the gallery is also a pop-up shop featuring gifts, books and prints for sale by Kahlo, Rivera and the modernists. Also, if you would like to participate in a deeper conversation about the exhibition — you can enroll in a four-course virtual session titled “Mexican Modernism in Context” led by the museum curators and art experts. More information on the course and registration details are available here.

If you are interested in viewing the exhibit — make sure to snag tickets soon, as they are already selling out fast — although a virtual option will be available soon. This glimpse into the life of Frida Kahlo and Diego Rivera and the many artists that make up the Mexican modernist movement is truly a once in a lifetime opportunity.

“Frida Kahlo, Diego Rivera, and Mexican Modernism” is on display from October 25 – January 24. Tickets are $26 per adult and are available here. Denver Art Museum is located at 100 W. 14th Ave. Pkwy., Denver.

We Found Your Next “Parti”