When chef Paul Qui attempted to open a restaurant concept in Denver back in March 2019 — there was major backlash. After his history with domestic abuse came to light here in the Mile High City, public criticism pushed his partners at Avanti to immediately cut ties. One person, in particular, led the charge in these critiques.

“For anyone who thought #metoo was just a paper tiger, I am here to set the record straight. Paul Qui is not welcome in town and I will use my influence to ensure Patrick O’Neill [Avanti founder] is held accountable for this decision. Read the police report and Qui’s quotes about the incident, it’s disgusting,” said Kate Lacroix, Boulder resident and Colorado food PR professional in a quote to 303 Magazine back in March 2019.

A lot has changed in the world since then — including some of Lacroix’s views on the topic. After Qui made a public announcement on Instagram about his efforts to work on making amends  — including completing rehab in 2016, working with a female code-switching therapist, plans for mental health advocacy dinners and mentoring programs — Lacroix has joined Qui’s team to help him open a new concept at Zeppelin Station. When asked about his mental health advocacy, Qui explained further:

“I take full responsibility for my actions in 2016 and am finally doing something about it. Being a first generation Asian American, I know firsthand the pressures and communication styles that exist within first gen families. My thinking is if I can do quarterly dinners (the first one is in August) and contribute money to the Asian mental health community, they can help others avoid domestic violence, addiction, and mental illness,” he explained in an email to 303. 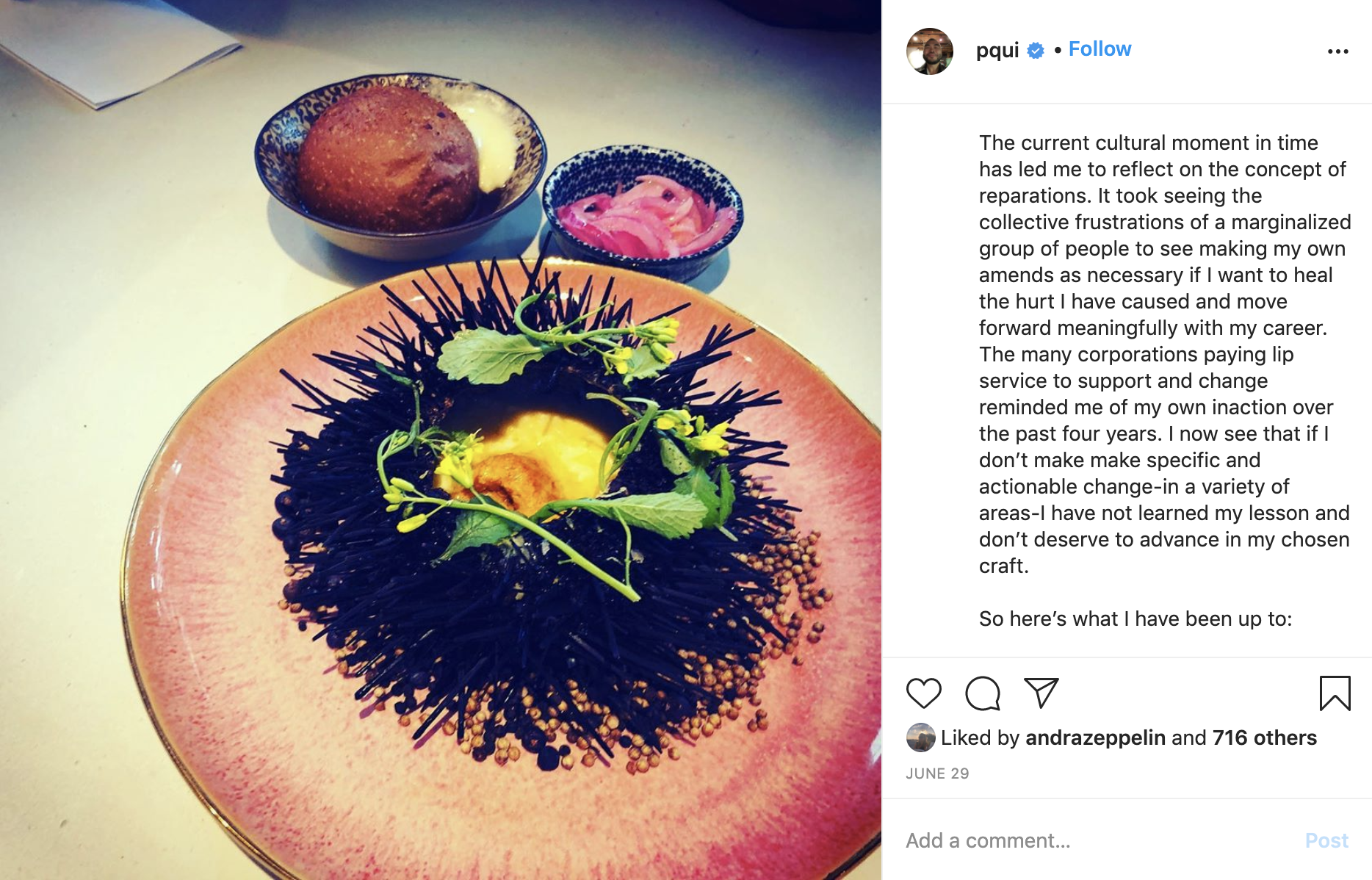 However, despite his recent efforts, when asked why Lacroix supports him now, her stance on his past abuse charges remains the same.

“His actions were disgusting and remain wrong. It’s also true that nothing changes without reparations. If I can be that bridge, I’ll be the bridge if it means a better tomorrow for everyone involved,” said Lacroix in an email to 303.

Additionally, Lacroix clarified that Qui’s rehabilitation and reparations were mandatory for supporting the Zeppelin Station outpost. She explained that it began with Qui reaching out to her. “He came to me asking for help … And, let’s face it, as a feminist, it’s pretty much my dream job to be able tell any man my feelings on a rehabilitative course of action after they have done wrong,” she said.

As for Qui, it’s unclear if the public will have the same response to his return to the city. He faced similar backlash in Texas but, even with the pandemic, his Austin locations are still operational.

Qui won’t be working alone though. One other concept will share his space at Zeppelin Station. Thai Kun (which had a stint at Golden’s Tributary Hall, separate from Qui) comes from collaborators Thai Changthong and Johnny Hoang and focuses on Northern Thai dishes. Qui was formerly involved with Thai Kun in Austin but, according to him, he is only now re-joining the team due to the strains of COVID-19.

Additionally, instead of re-vamping East Side King — the name of the Austin concept he was planning to open in Avanti — he is starting something new. Soy Pinoy will serve Filipino street food-style dishes like chicken Adobo, Lechon and Kinilawin.

Both Thai Kun and Soy Pinoy open today — making good on Qui’s promise to open in the Mile High. 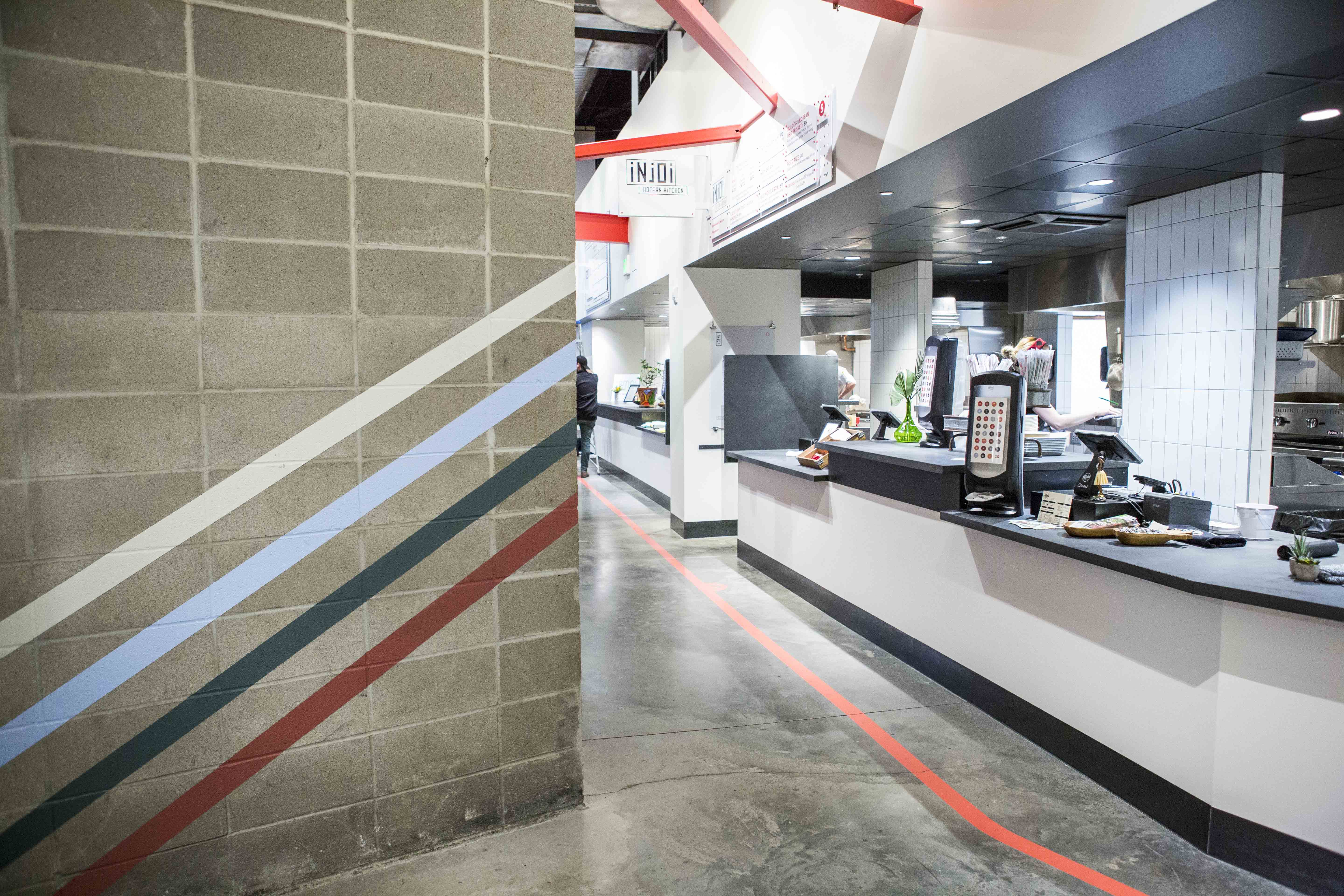 When asked what he would say to domestic abuse survivors who may feel uncomfortable about his return, he says he’s hoping he can make amends:

“I would like to have an open dialogue as to what I can do to help the cause and contribute positively to educating, mentoring and be an advocate for change.  I understand that its a hard conversation and I’m not asking to be forgiven but I’m asking for a chance to be able to make things right and create something selfless that will resonate in the community,” he explained.

Unlike his last attempt, Qui has opened his Denver concept — albeit without advance public knowledge. With his most vocal Denver critic on his team, it’s unclear what the response will be.