Claire Heywood sings about inner change in a time where everything external feels stagnant, and the singer-songwriter is aware of the parallels. We talked about how coronavirus has affected the trajectory of her new EP, following the release of her first single off the project, “Python,” and I got to wondering if it’s tiring to hear questions about the “what if” of everything career-wise when every day is more malleable than the next. Heywood took it in stride, making it very clear that she’s got some ideas, but that this isn’t what her quarantine experience has really been about.

She set off to write this album to express her own inner evolution, a process of letting go of the old stories that litter our expectations — slipping into your own skin with your own aspirations that have nothing to do with what’s expected of you, as a woman, as an artist. “Python” embodies that metaphorically —  imagine a snake shedding its skin, lazily moving on from a body that no longer serves them, but grateful that it did. But her newest EP — I Won’t Resign My Love For That Old Dream — is an overarching representation, more subtle, more detailed, with anecdotes that span love, the reality of being a working musician in Denver and everything in between.

There is no official release date for I Won’t Resign My Love For That Old Dream, given that Heywood would like to wait to meet with her band in-person to hash out the final details. In the meantime, we can pacify our impatience with her first single and the accompanying music video that has been released exclusively through 303 Magazine.

The music video was shot days before the stay-at-home order took effect in Denver by Adrienne Thomas. Thomas and Heywood have collaborated on videos before, their chemistry working thanks to the softness and detail that follows Thomas’ eye, and Heywoods ability to intuitively talk to the camera as if it’s just Thomas in the room. The video opens in an empty parking lot in Capitol Hill, Heywood is joined by Rebecca Hannigan, a long-time friend and contributor, as Thomas leads them through the landscape.

Heywood seemed adamant in expressing that this video was shot with appropriate distance and before such things were totally off the table. But looking at the video, my mind didn’t go straight to the space coronavirus has bred of judgment and assumption — it looked like an opening to create opportunity and reciprocity in a world that has been stripped of personal connection for the time being. Hannigan and Heywood remain apart for the majority of the video, but Thomas captures them laughing and leaping and harmonizing so it appears like the distance isn’t there — in a time when distance is at its most tangible.

Heywood’s video opened the conversation up to live stream opportunities for the artist and adjustments for a world outside of live music. She likes the opportunities that live streaming can create but lamented that the quality is hard to control and oftentimes requires equipment that isn’t always as accessible to musicians without disposable income or the correct set-up prior to the outbreak. Heywood also loves to play with her band, praising them continuously, and took on more roles for this album, co-producing and playing guitar wherein her previous release she would stick to singing. Not being able to have a full set-up to highlight the work that went into this project is a definite downside.

Although nothing can replace live music for Heywood, she’s more inclined to take on  DIY music videos instead of live streaming. She got inspired by Hannigan, who has been releasing music videos she edited and shot herself at home — including a cover submitted and chosen for the “Honorable Mentions” list for our Cover Challenge Contest. Heywood feels more akin to this form of expression, citing that it feels closer to the message an artist is trying to convey on stage. So what can we expect from Heywood in the future? It doesn’t seem like anything’s off the table, but a myriad of expressive music videos seems most probable. 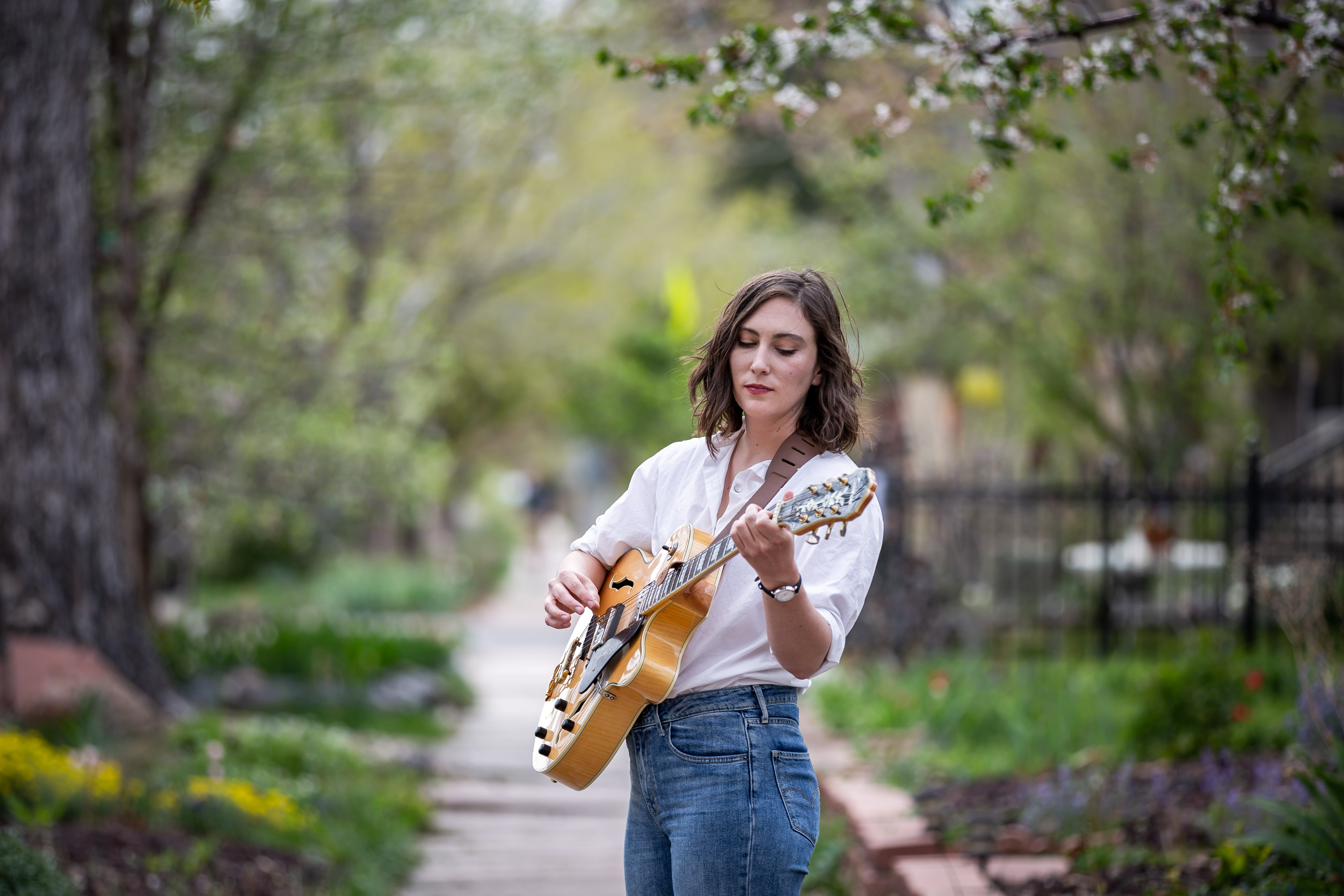 Heywood was surprised at the amount of support for her single release in mid-April due to the lack of live shows set to promote such releases. It also becomes a question of relevance for artists who are trying to be conscious of the current situation. Heywood struggled with this balance, commenting on whether or not it was appropriate to air her life out to the world when everyone is already wrapped up in their own hardships — but, in reality, music is as resonant right now as ever to the resolute fans who choose to listen. “Python” is a step forward in Heywood’s voice and songwriting, a confident moment that empathizes with the millions of people at home who have had the chance to sit down and consider who they want to be at the end of this. Heywood’s message is not only important but incredibly relevant, so keep the music coming.