All photography by Evan Semón

Denver Lights Up in Gratitude for First Responders, Essential Workers

As the lifetime of the coronavirus pandemic remains unclear, people are finding it harder to make out the light at the end of the (indefinitely long) tunnel. Luckily, Denver officials are coming together to literally light up the city in an effort to buoy citizens’ spirits as they endure the effects of the outbreak.

On the night of April 9, Denver Mayor Michael Hancock appeared aside Councilwoman Kendra Black and Police Chief Paul Pazen (all within a safe physical distance of each other, of course) in front of the City and County Building. The structure was illuminated in brilliant shades of red and white, standing in stark contrast to the dark and empty surroundings characterize city life amid COVID-19. 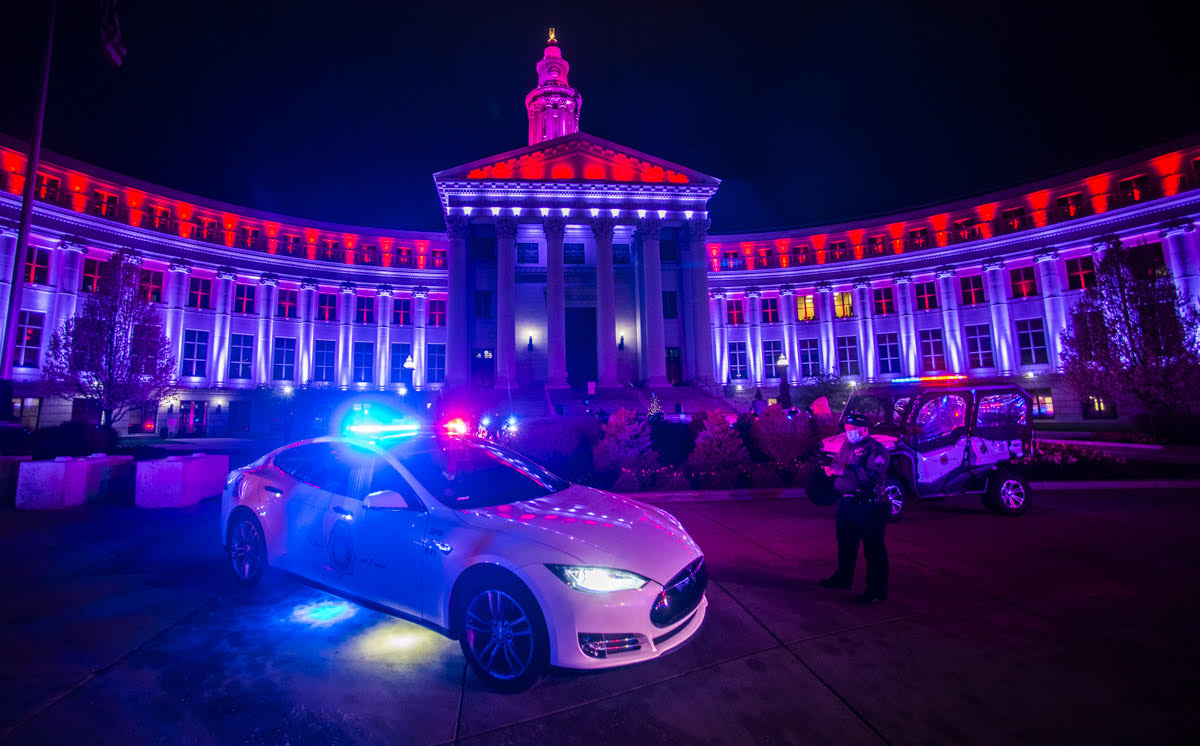 Beginning that evening, the trio announced, the City and County Building would remain alight through the end of April to show support for its first responders and essential workers. All public safety vehicles across the city will also transmit their red and white beams to show solidarity.

“The lights are glowing from Green Valley Ranch to Bear Valley, from Berkeley to Hampden Heights and everywhere in between as Denver neighborhoods say thank you to our first responders, medical professionals and essential workers,” said Mayor Hancock.  “Their dedication cannot be taken for granted, so we are inviting everyone to show their thanks by showing their lights. I’m humbled by the sacrifice and service I have witnessed in recent weeks, and these lights on our City and County Building honor our Denver heroes and the heroes everywhere leading the response to this pandemic.”

Denverites are encouraged to create their own light displays and decorations to boost community morale. If you want your luminary messages of hope to reach eyes beyond your neighborhood, you can share them online with the hashtag #KeepCalmDenverOn. 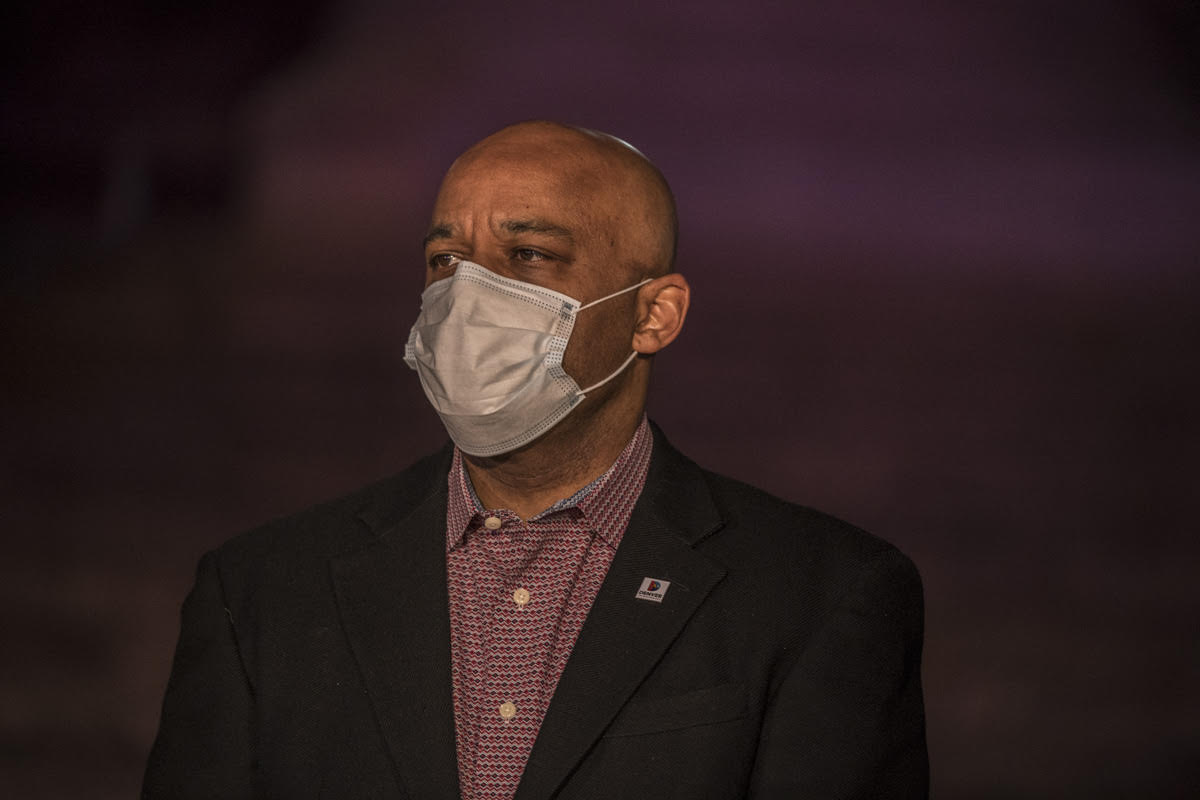 The #KeepCalmDenverOn hashtag is means well, but its intention diverges a bit from the historic phrase from which it descends. The motivational message, “Keep Calm and Carry On” was first used during WWII to encourage British citizens to adopt an iron resolve and go about business as usual in the face of the omnipresent threat of air raids. Dodging bombs is a little different than dodging a virus, however, and going about business, as usual, is precisely what we’re not supposed to do, according to the County of Denver and the state of Colorado’s stay-at-home orders.

The City and County of Denver are not the first to coin the phrase “Keep Calm and Denver On” in the context of coronavirus. It has been used previously in a University of Denver Newsroom podcast episode and in a 9News segment.

Nevertheless, the city’s light displays are earnest expressions of gratitude. Whether the sentiment has trickled down to the people it intended for remains unclear, as health workers have larger fish to fry than to publicly share their reactions to such displays.

Hopefully, Denverites will find these alighted structures to be more comforting than the Empire State Building‘s initial visual homage to health workers, which resembled to New Yorkers the probing and broiling eye of Sauron.

All photography by Evan Semón.