Photo by Kendall Bailey and courtesy of Mandolin Orange

Emily Frantz, who is one half of the Americana duo, Mandolin Orange, played and recorded 43 different violin parts to make the studio version of their song, “Cold Lover’s Waltz.” Though the track’s title and arrangement make it easy to imagine Mandolin Orange performing it with an orchestra, the band never fancied that they’d get the chance to. Thus, their one-of-a-kind concert with the Colorado Symphony Orchestra on Friday, January 17 “felt like a dream,” in Frantz’s words, to all who occupied the Boettcher Concert Hall that night — musicians and audience members alike.

Though the band joked that their casual clothing and improvisational performance style are historically more suited to environments like the Telluride Bluegrass Festival, they couldn’t have been more musically compatible with the Symphony. Mandolin Orange’s principal songwriter, Andrew Marlin — Frantz’s other half in business and in life — and the Symphony’s former conductor, Scott O’Neil, who adapted Marlin’s work for the orchestra, are particularly to thank for this. 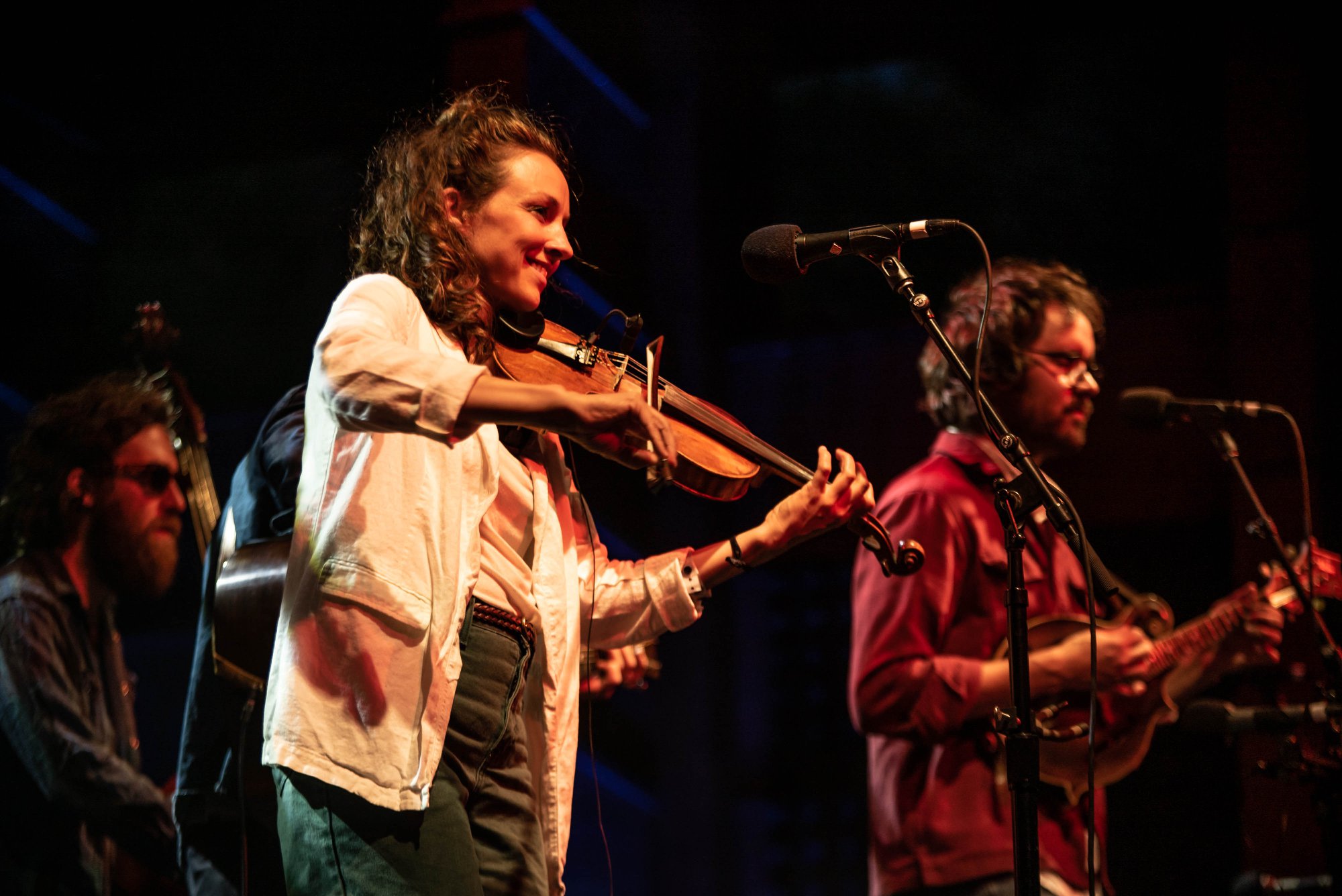 Mandolin Orange at the Rocky Mountain Folks Fest in 2019. Courtesy of the band’s Facebook

Mandolin Orange’s sound is often described as mellow. (On Instagram, they recently posted a metric from their Spotify for Artists 2019 Wrapped that suggested they are many people’s “insomnia music.”) This effect is not the result of minimalism, however, but of the balance of many delicate and subtle details. The Symphony seemed to have sensed both the opportunities and the risks this presented to them — they could add texture to these intricacies, but they could just as easily drown them out.

As such, the Symphony’s musical presence — during the songs that involved them — was ceaseless yet understated. They were a vast and encompassing river on which the sounds of the band floated. The strings carried them sweetly through “Paper Mountain”, while the horns lilted and sprung through the soul-stirring ghost story that is “Jump Mountain Blues.” During the bride of “Time We Made Time,” the entire Symphony swelled with the swiftness of a desert river basin, as Frantz and Marlin repeatedly intoned, “How wonderful it is.” How wonderful it was, indeed. 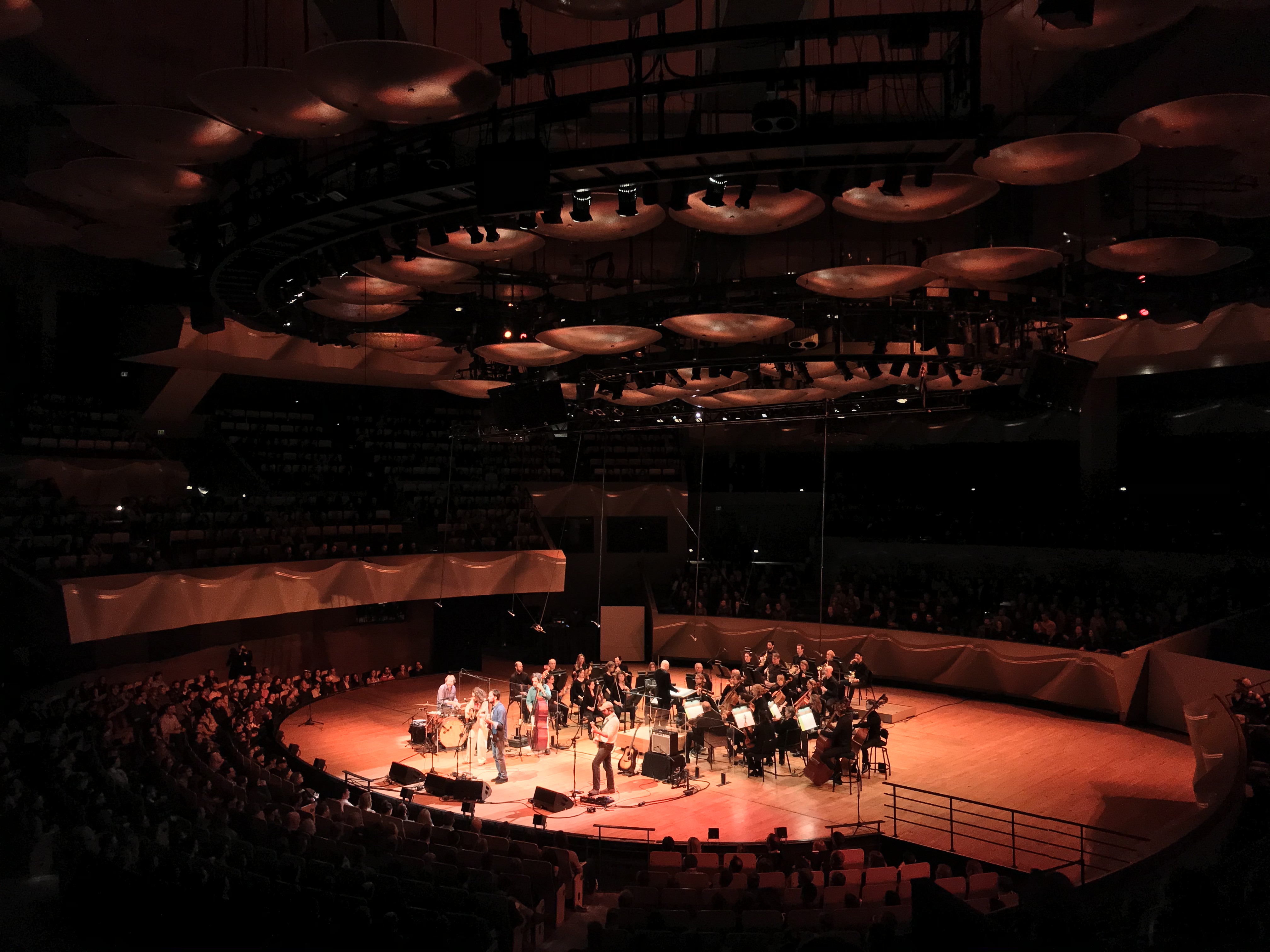 Mandolin Orange with the Colorado Symphony. Photo by Josie Russell

Mandolin Orange bookended their set with the Symphony and their touring band, which includes Josh Oliver on guitar, Clint Mullican on standup bass, and Joe Westerlund on drums. (Throughout the night, Frantz switched between the violin and acoustic guitar — Marlin, between the acoustic guitar and mandolin.) These bookends were rather sizeable — the first seven and final three songs of the night involved everyone in the building who had an instrument. Though I admit I have a positive bias towards the Symphony — and, judging by the audience’s uproarious cheer when Frantz told them to “give it up for the Colorado Symphony,” I’m not alone in this — one of the most magical moments of the concert was when everyone exited the stage except for the core duo, Frantz and Marlin. Together, they played one of their earliest hits, “Wake Me,” and the folkloric tune, “Echo.” These songs did not feel sparse at all. In fact, the loudest, most unrestrained music of the night occurred at this moment, when it just the two of them. Their confidence in each other translated into a sonorousness that rivaled what they’d produced earlier with the help of dozens of more instruments.

Another highlight of the night was Marlin’s storytelling. He recalled a moment from the band’s transcontinental travels when they entertained the possibility of training nearby hawks to carry their joints over the Canadian border to them. It’s the tale behind the unreleased, bluegrassy track called, “The Hawk is a Mule,” which Frantz, Marlin, Oliver and Mullican performed as a fourpiece. 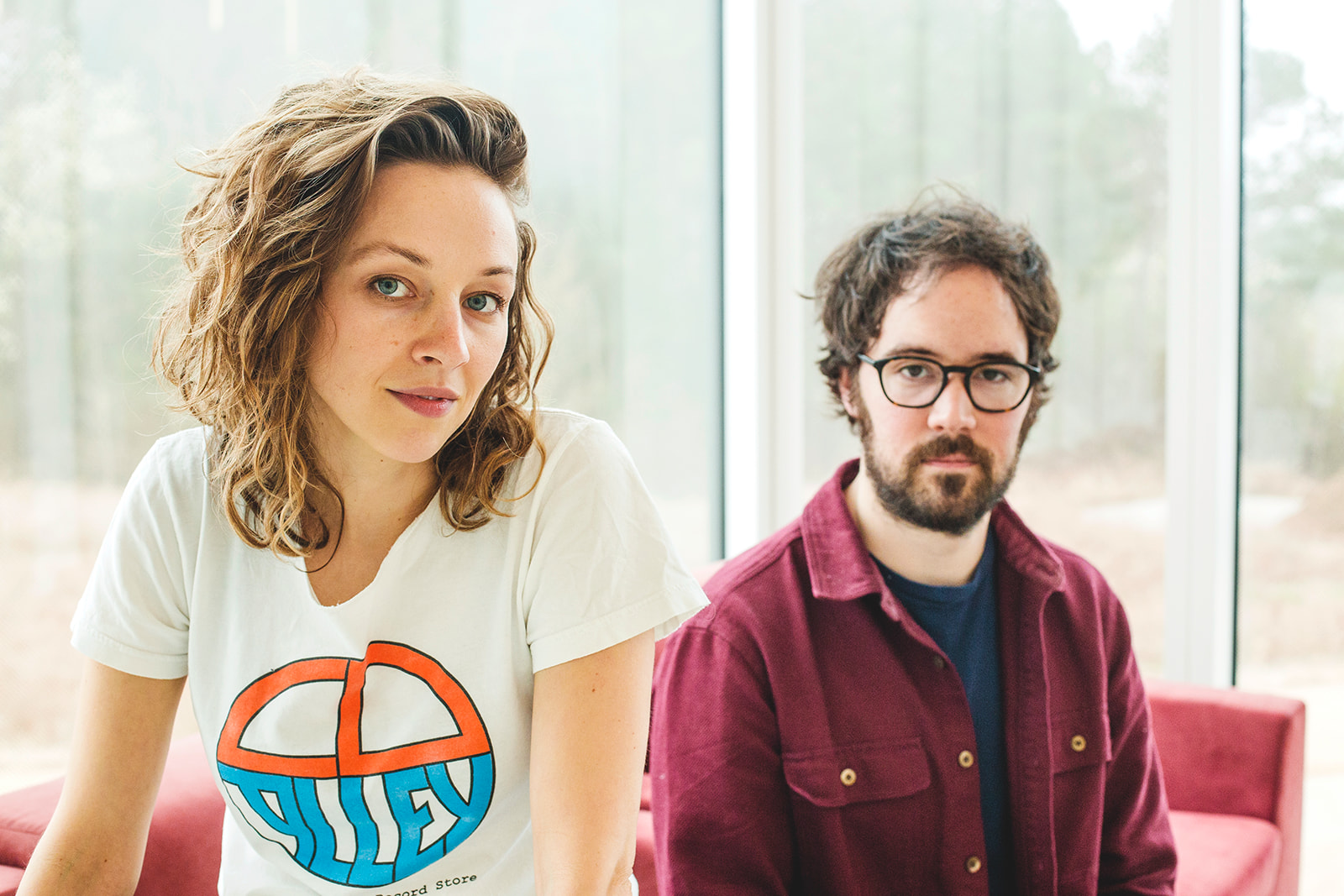 Photo by Kendall Bailey and courtesy of Mandolin Orange

The shining jewel of the night was the rendition of “Wildfire,” during which Mandolin Orange, the Symphony, and the Boettcher’s lighting staff came together to produce a kind of theatre. It began with the ousting of all lights. After a silent pause, Mandolin Orange and the Symphony began humming and strumming in the total blackness. A single spotlight landed on Marlin and slowly radiated outwards throughout the first verse and chorus, as the Symphony built tension behind him with riveting finger vibratos. At the song’s climax, everyone onstage suddenly became engulfed in red light — a once-shadowed forest now ablaze.

Over time, the brilliant hues gave way to pale strips of light, which turned into shadows, and then eventual darkness. Though the sounds and colors of “Wildfire” left the stage, its intensity lingered in the concert hall. Even as the band took their first bow, performed an encore and gave a final send-off, the audiences’ eyes remained alight from the warmth of their fire.