The Womxn’s March Denver is back for its fourth year this Saturday and is hitting the city with some big changes. Last year the event went through a name change giving way to its now official name Womxn’s March Denver and opened up its rally to even more artists and performers. The march usually commenced with a route around downtown Denver leading to a rally filled with speakers, performances and more. This year, the organization is mixing things up with a whole new line up of events.

READ: 20+ People on Why They Participated in the Womxn’s March 2019

One of the biggest changes to 2020 Womxn’s March Denver is that it will not have a rally event after the march. Instead, the rally event will take place later in the year. This year, the march will have a series of events in the McNichols Building and in Civic Center Park.

This year’s themes are #OurVoteIsOurVoice #GetLoud. With the upcoming elections, the organizers of the march and community members have made it clear that voting rights are of the utmost importance.

Angela Astle a Womxn’s March Denver Leadership Team member and spokesperson explained the plans for this year’s march and future marches to come,  “More than just a March, we are building an ongoing movement based on community feedback about issues important to Denver-area womxn,” said Astle “As our volunteer team has matured in its fourth year and deepened with the establishment of our non-profit status, we celebrate the opening of the door representing our Constitutional right to vote, and continue the work to uplift those whose voting rights took far longer to secure, and whose communities are still oppressed.”

After the march, voter registration desks will be available for march goers to update their registration or for those voting for the first time this year, you can register to vote.

“Voter registration is an overriding theme this year,” stated Patricia B. Smith of Womxn’s March Denver. 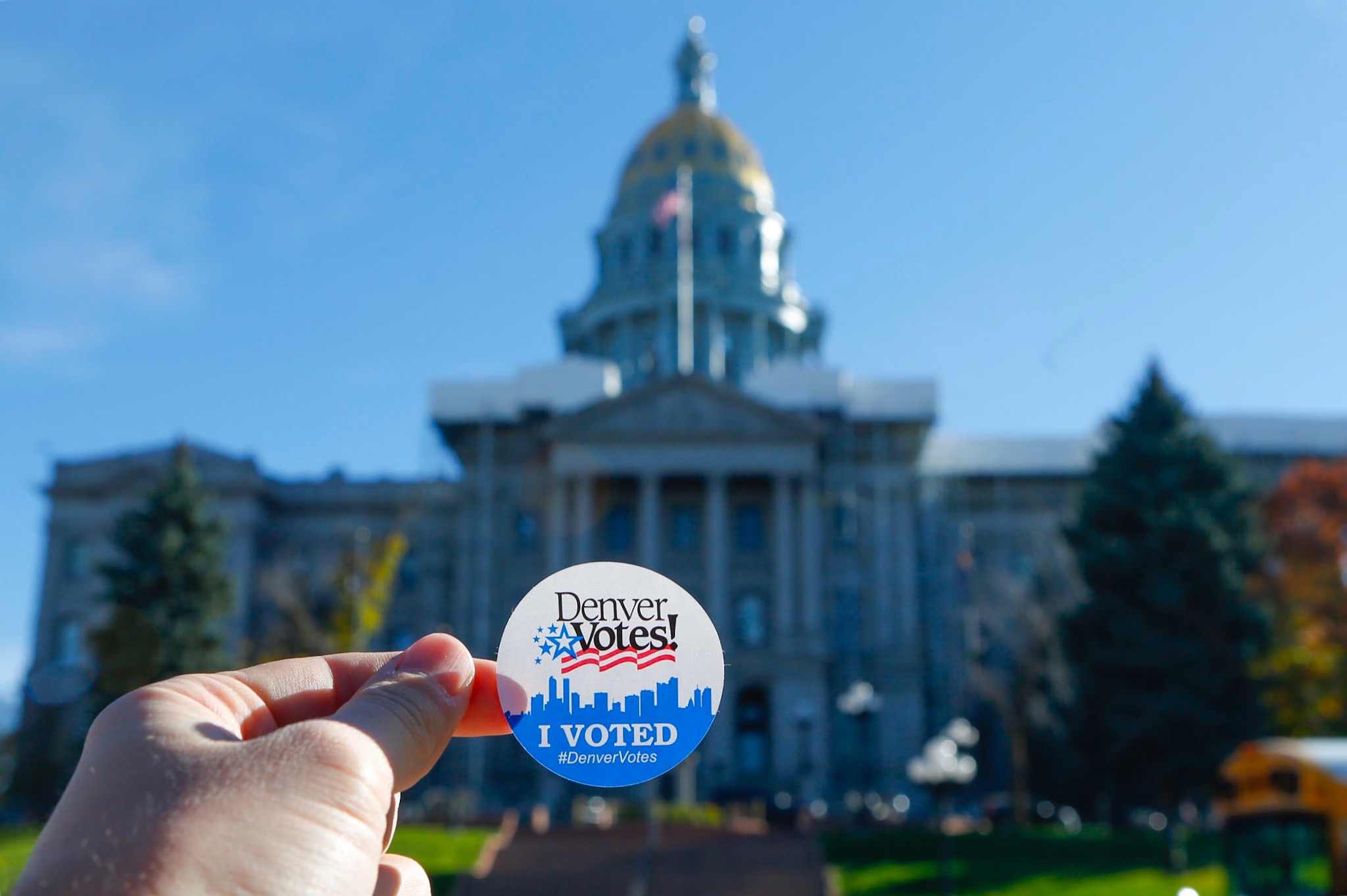 “As we prepare for the 2020 election year, we are focused on voter registration for all who are eligible. Voter registration fosters one of the most important rights of community participation in our nation. In keeping with the locally focused initiatives of the Womxn’s March Denver, we are collaborating with the Center for Women’s History, the League of Women Voters, and numerous community groups supporting issues of importance identified in a survey by many members of the Womxn’s March Denver community. Our 2020 all-volunteer operations and leadership team of 35 members (to date); we encourage community involvement and dialogue throughout the year, not just a march event for one day of the year. Some of those activities are the Womxn Building Resilience Workshops,” explained Astle.

Along with an overarching theme of voting, the march will hold a series of workshops, meetings and more during the Impact Expo within the McNichols Building. These events allow marching participants to connect with community nonprofits and organizations. There will be two Womxn Building Resilience Community Workshops that will include presentations from artist Eriko Tsogo and Dr. Rohini Gupta of DU’s International Disaster Recovery Psychology Program as well as a live podcast from Dear White Women. The workshops are $10 each.

The McNichols building will also hold three art exhibitions on each floor and outside of the building five different choir groups including Denver Women’s Chorus, On The Rocks and The Cast-Iron Queens will perform musical sets along with three percussion and drum groups – Batala, Samba Colorado and Elemental.

Before the march, you can donate new menstrual products at four different collection areas within Civic Center Park. These products will become kits with the Help of PeriodKits.org. The kits will then go to homeless shelters, detention centers and tribal schools for those who are unable to afford supplies.

At 9:30 a.m. you can get in the marching mood with pre-march entertainment by dancer and drummer ensembles as well as acapella vocal groups.

At 9:55 a.m. Athena Project will present a Vocal Flash Mob with a song written by  Artemisia Trio and recommended by Denver Women’s Chorus. You can join in the flash mob by learning how to perform it here.

At 10 a.m. March will start near the corner of 14th Avenue and Bannock Street. 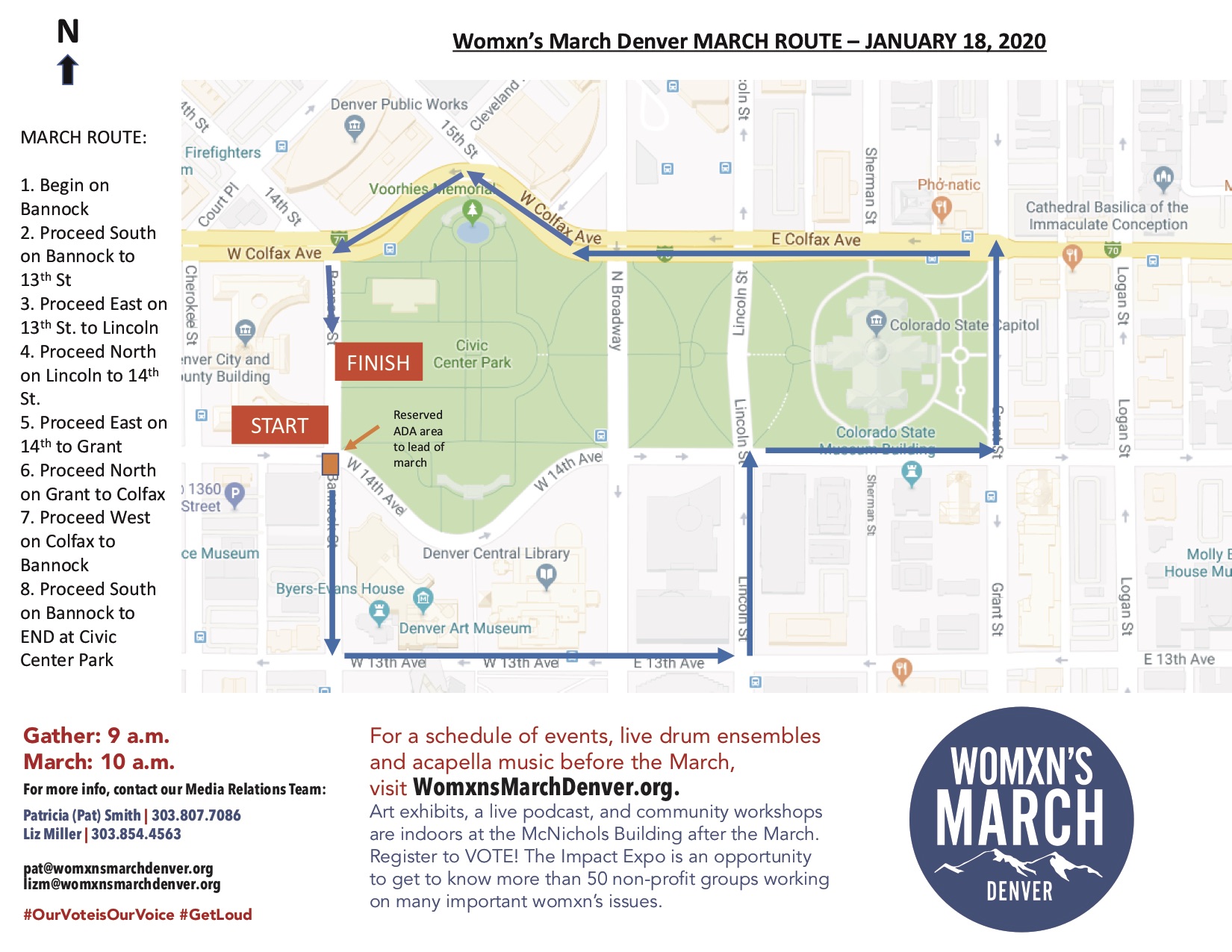 Following the march, from 10:30 a.m. to 2:30 p.m. you can gain access to the indoor events at the Impact Expo within the McNichols building as well as explore over 50 local nonprofit organizations that are dedicated to solving issues such as immigration, voter registration and domestic abuse. 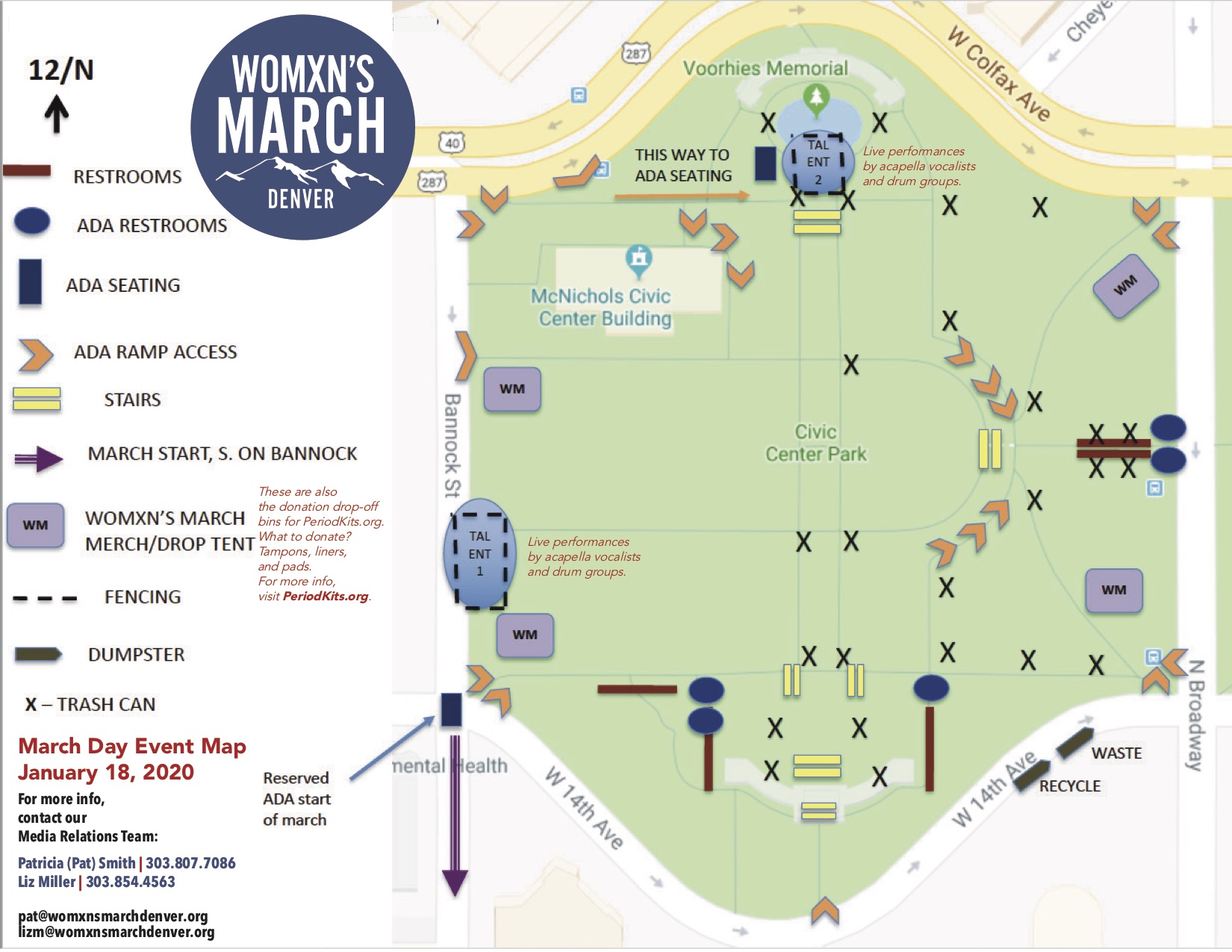 Check out the full schedule of events here and register for the march and correlating events here. Everyone is invited to join in and march for equality, voting rights and whatever you feel is important.