“I think poetry — before it was relegated to books — existed as an oral art form. It was a way of communicating stories and ideas and histories. Only recently we trapped it onto the page,” mused the new Colorado Poet Laureate, Bobby LeFebre. But LeFebre has been taking poetry off the page for a few decades now, using a mashup of a hip-hop rhythm, spoken word, slam techniques and more to perform mesmerizing stories that are both beautiful and haunting, humorous and sarcastic.

From his start as an actor in the theater to his blossoming love of hip-hop at a Five Points monthly slam poetry jam to multiple generations of his family growing up in the same Northside neighborhood in Denver, LeFebre has molded a one-of-a-kind story of his own. LeFebre is not your typical poet, and the Poet Laureateship might change forever after his four years at the post. 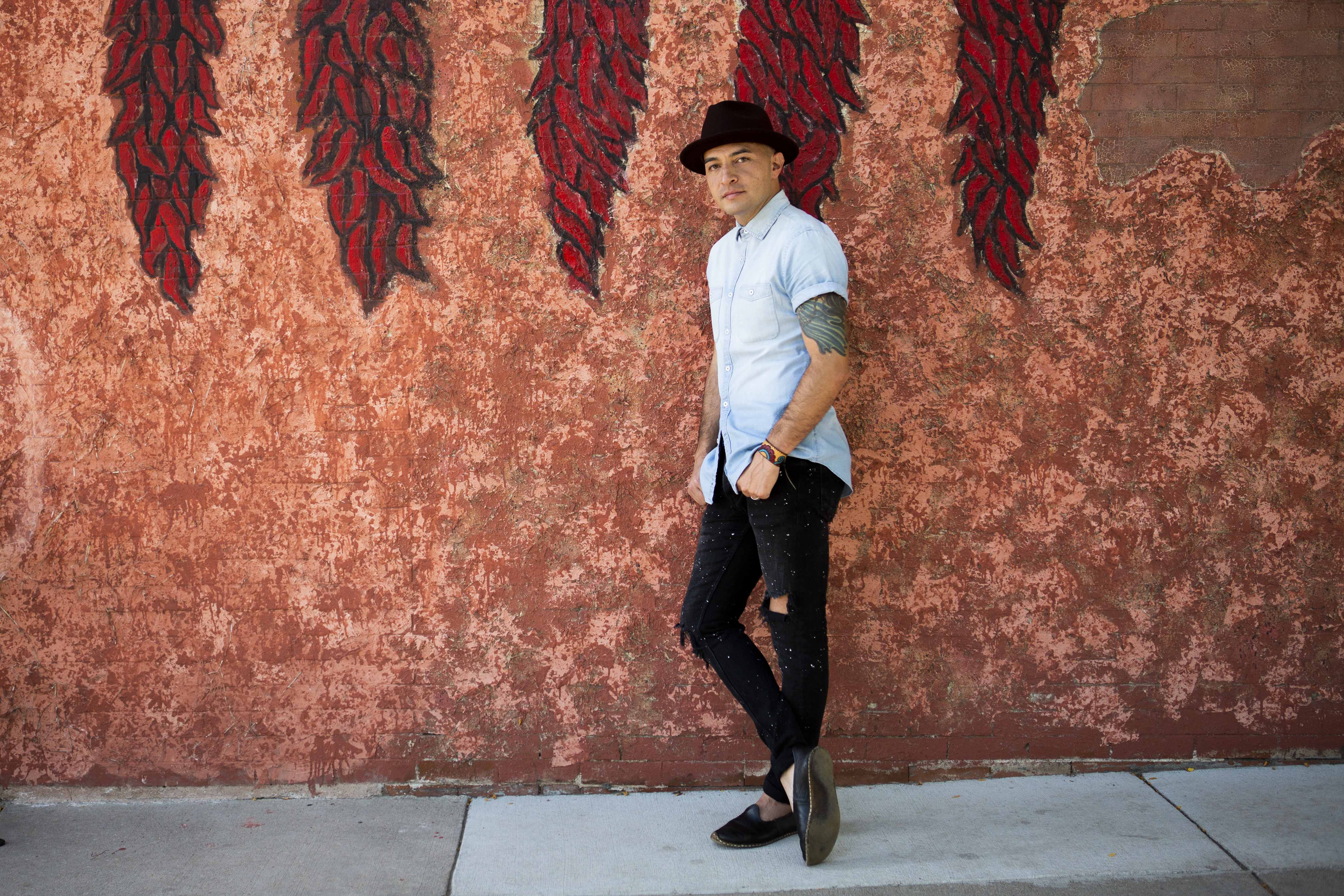 Bobby LeFebre stands in front of a Northside mural painted by Jerry Jaramillo in the 80s.

Already, LeFebre has distinguished himself from previous Colorado Poet Laureates because he is the first Latino, person of color and youngest to be awarded the honor. Although he feels intensely grateful to the Governor and other decision-makers who extended the offer to him, he made sure to accept his award only after giving a land acknowledgment to the Native Americans who were originally inhabiting the same ground where the Capitol Building now stands. His approach is not gentle. It is bold and meaningful and biting. In his powerful use of words — both written and spoken — he kicks down the barriers that keep people from talking about real problems.

“I have a lot of whimsical things in my writing, I don’t always write about revolution and fire,” he joked. “I have poems about the sunset and the moon and the stars. But for me, writing is a tool to discuss things that matter and it’s an entry point to have a conversation that would otherwise be hard to have.”

Using poetry as an entry point might sound ridiculous, but LeFebre actually has proof that he can do this. It’s called Northside and it’s a theatrical production LeFebre wrote which ended after 23 consecutive sold-out nights at Su Teatro. It’s a study in different perspectives, all centered around the highly contested area of Denver known to some as Northside. In it, LeFebre included a poem he wrote about gentrification nearly 15 years ago. “I want to humanize poetry in a way that allows us to see the applicability of it to everyday life. To get out of the esoteric, to get out of the perception that poetry is this unreachable and intangible thing to everyone.”

READ: Review – Northside Is As Rich A Play As The Community It’s About

The rest of the play evolved over five or six years after LeFebre decided to participate in a month of poetry challenge to write a poem every day. From there, his idea about narrating the stories of different people in the neighborhood to showcase the dangerously changing cultural landscape matured, until it became the much-acclaimed play. “A celebration of cultural permanence and preservation and an ode to things lost,” that’s the way LeFebre defined the production. He added, “I think there were so many people who connected to the play, that was the coolest part. People who weren’t theatergoers came to the theater for the first time.”

This is what LeFebre is able to accomplish, with an intoxicating mixture of intelligence, humor, code-switching and historical knowledge. He synthesizes the unheard stories into a cohesive performance that drops people to their knees. Not only is he a writer and performer, but he’s also a social worker and activist. By allowing each role to inform the others, LeFebre strengthens his potential to “center, elevate and amplify marginalized voices,” as he put it. The traditional canon of literature (and more broadly, art and culture in all its forms and mediums) is filled to the brim with white men, and LeFebre is only a representative of a much larger movement to change that. 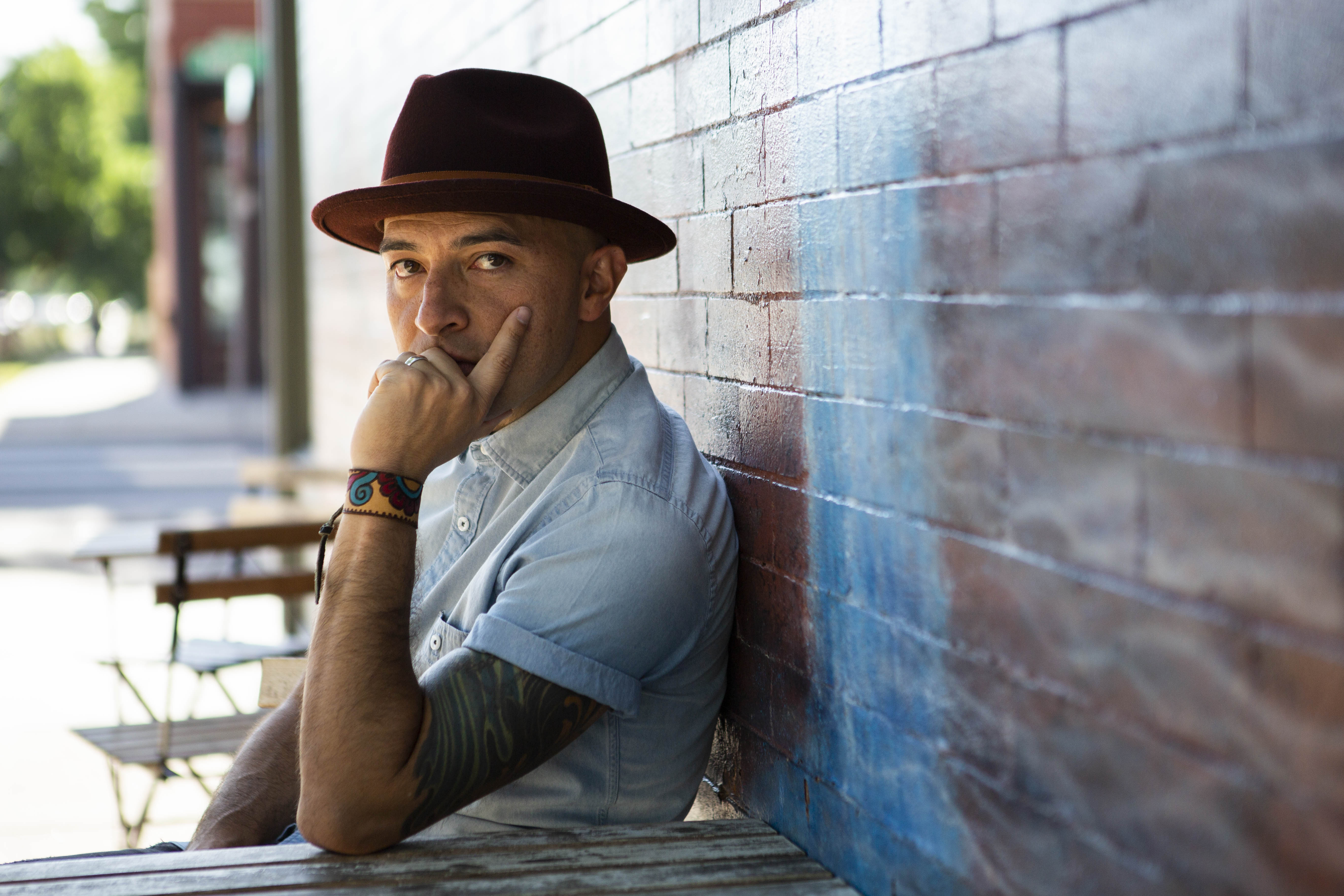 In his many different roles, LeFebre advocates for the arts almost as much as he creates it. He currently serves as the co-chair of the Denver Commission on Cultural Affairs, sits on the board of the Clyfford Still Museum, is an advisory member for the soon-to-open Latino Cultural Arts Center in Sun Valley and still has time to participate as a fellow in several national programs. He understands that in order to make the world a more inclusive place, he can’t just sit around and wait for it to happen.

So over the next four years, we will hopefully be hearing a lot more about and from LeFebre. His goal is to travel across the state and connect with communities who don’t have regular access to someone with his experience. Despite escalating tensions elsewhere in the country, LeFebre believes that his appointment to Poet Laureate came at the perfect time. 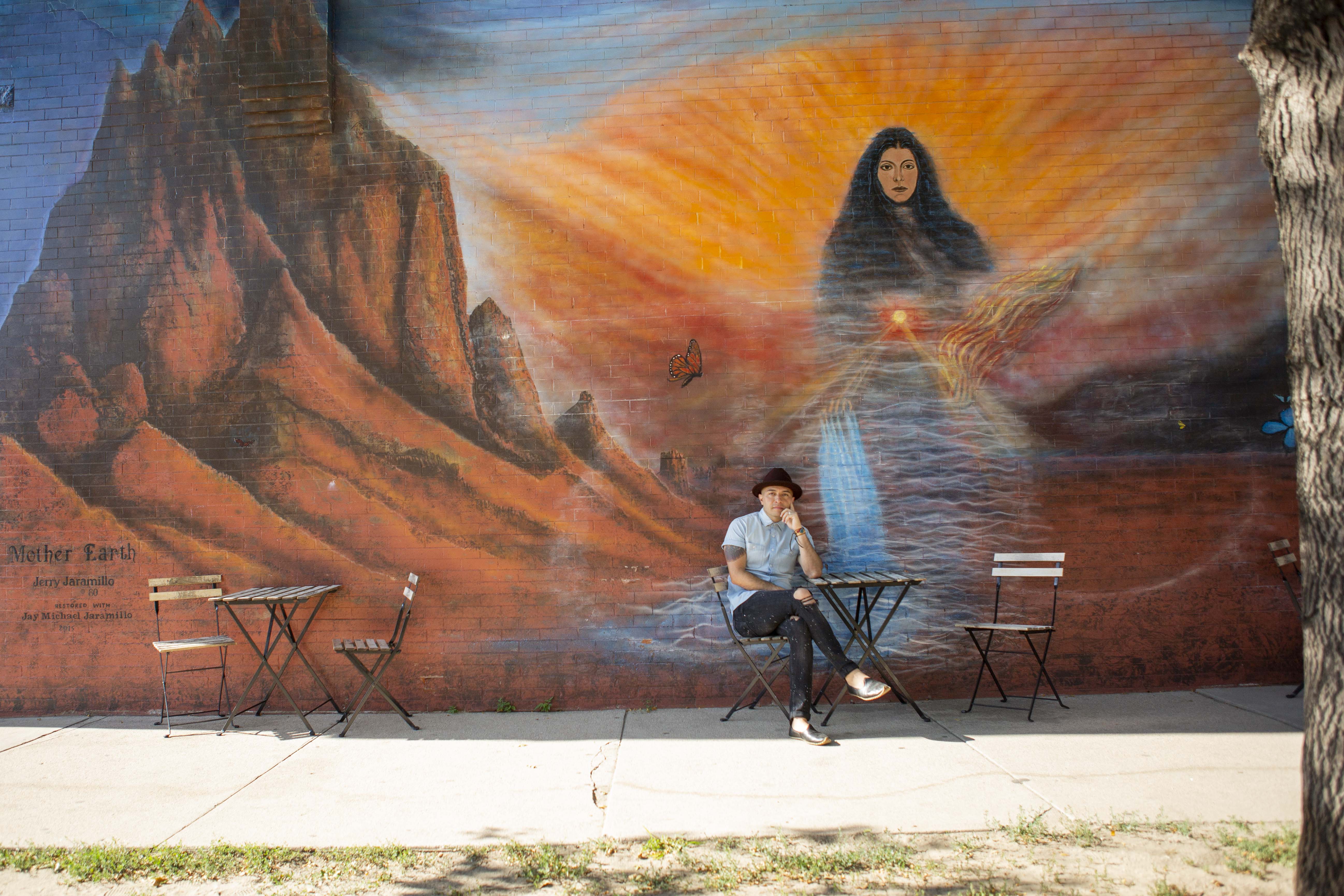 LeFebre in front of a mural painted by Jerry Jaramillo in 1980 at 41st and Tejon Streets.

He also believes it wouldn’t have happened without the work of the Chicano rights activists in Denver over 50 years ago. “I think that our city is so steeped in the Chicano movement. Our ideals and struggles worked itself into the fabric of progress in this city. We had the crusade for justice and Corky Gonzalez and all the urban activists of the ’60s and ’70s. They set the foundation for young Latinos to go to college, to break out of these cycles of generational poverty, to regain cultural competence, cultural awareness. For a long time, our families were asked to assimilate, maybe forcefully, and the Chicano movement taught us that it’s okay to not fit into the white norm. That allowed us to regain our own history and reimagine a new future for ourselves,” LeFebre explained. “We don’t get enough credit for the contributions we have made to our communities. If we don’t continue to tell stories that are genuine to that experience, they will be lost.”

To contact Bobby LeFebre with ideas about how he can help your community through poetry, email [email protected]