Review – Jon Bellion Electrified and Improvised at the Fillmore

You could listen to Jon Bellion’s albums in your bedroom or car for hours on end and that still wouldn’t prepare you for what’s to come out of a Jon Bellion concert. It almost feels like Bellion doesn’t just make music for the purposes of listening on Bluetooth speakers or from your laptop – he wants you at his live shows. This feeling certainly rang true for Bellion’s sold out stop in Denver on his “Glory Sound Prep Tour.” 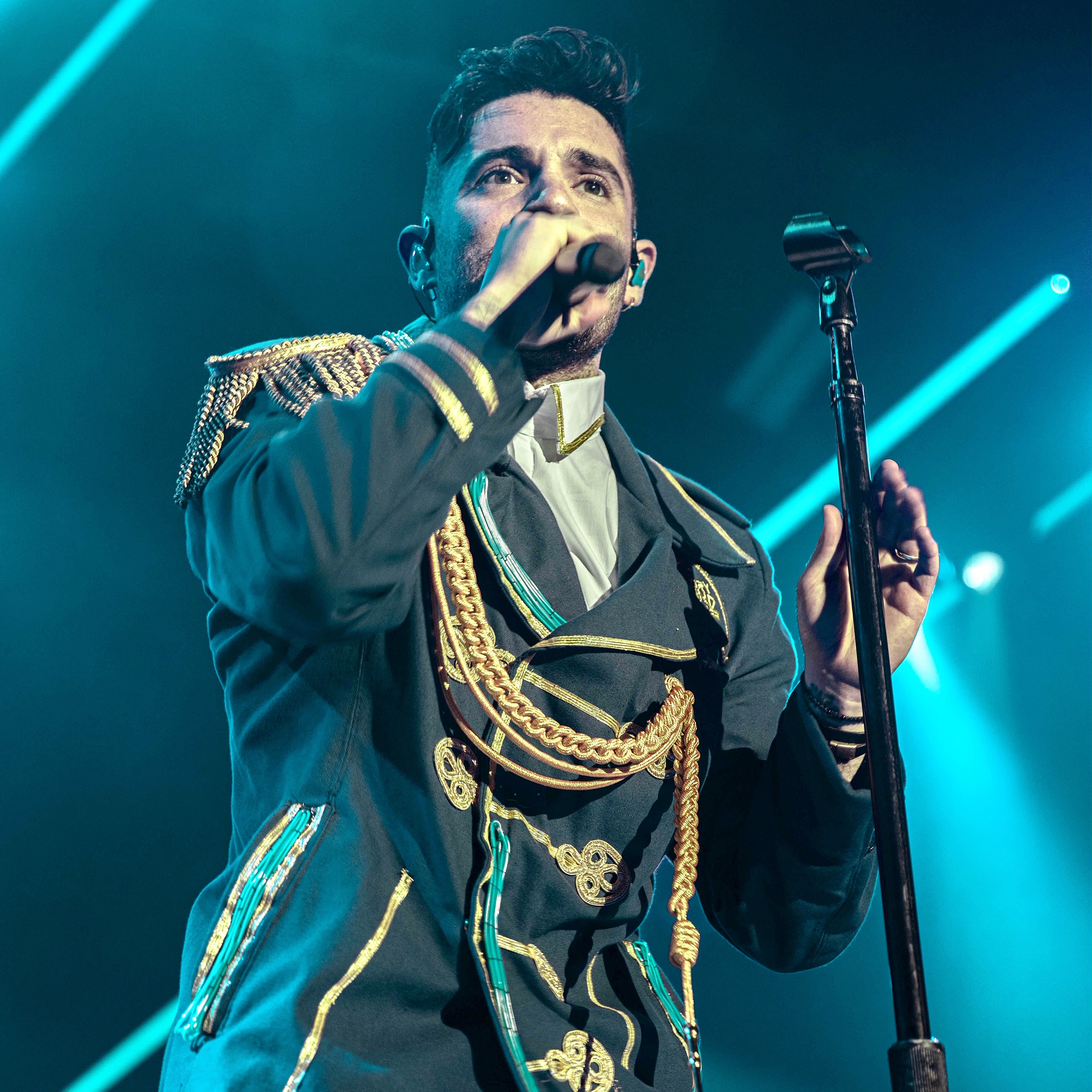 From the beginning, it’s clear that Bellion likes to keep it in the family. Lawrence, an 8-piece soul-pop band fronted by siblings Clyde and Gracie Lawrence, took the stage as the first openers of the night. Before a cover of Sean Paul’s “Get Busy,” the band revealed that they are the first artists to be signed to Bellion’s new record label, Beautiful Mind Records. The band was a great choice to begin the night, playing an enthusiastic, overwhelmingly groovy set. Before Gracie Lawrence began “Make a Move,” she dedicated it to the women in the audience, introducing it as a song that’s about “girls asking guys out” to cheers from around the room.

Soulful, R&B singer Marc E. Bassy took the stage next, wearing sunglasses and announcing that his new album would be coming out in August. He alternated between bounding around the stage and singing into his microphone stand, but regardless of what he was doing, he had avid fans in the room and was gaining quite a few more throughout his set as well. Despite needing to stop his set briefly for a medical issue in the pit, he kept the energy up in the room, encouraging the audience to hold their hands high on song after song. Bassy’s roots are similar to Bellion’s, beginning in the industry by writing hits for artists like Sean Kingston, Chris Brown and Charlie Puth. He discussed his longtime friendship with Bellion, telling the story of their first collaboration and describing how impressed he was with Bellion’s drive and ambition. 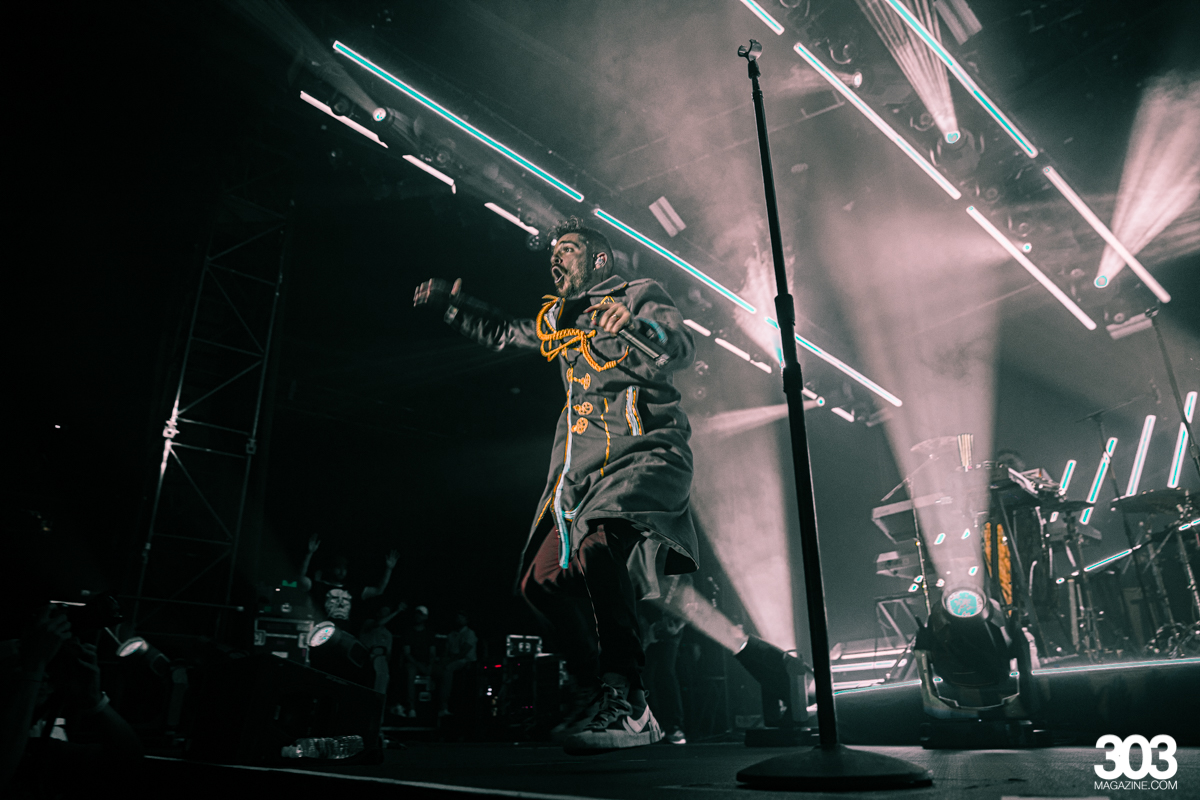 After Bassy left the stage, anticipation in the room started to build while the audience waited for Bellion to take the stage. He appeared out of the darkness, wearing his signature Glory Sound Prep retro military jacket and singing “JT.” The crowd sang every word right along with him and it was immediately clear that dedicated Bellion fans filled the room rather than casual ones who came only from his debut album’s era.

After “JT,” Bellion immediately launched into “Let’s Begin,” shedding the military jacket for a simple outfit of a long black t-shirt and gray shorts. His intention with his show was clearly to let the music speak for itself, preferring to not let clothing or a cluttered backdrop distract from the composition of his songs. He took a moment to thank the audience for being there, calling them his “safeguard” and saying that because his fans continue to show up to his shows, he gets to “do what I want and make what I want.” Throughout the night, he continued to interact with the crowd, encouraging hand-waving, clapping patterns and at one point, instructing everyone to high five the people next to them. 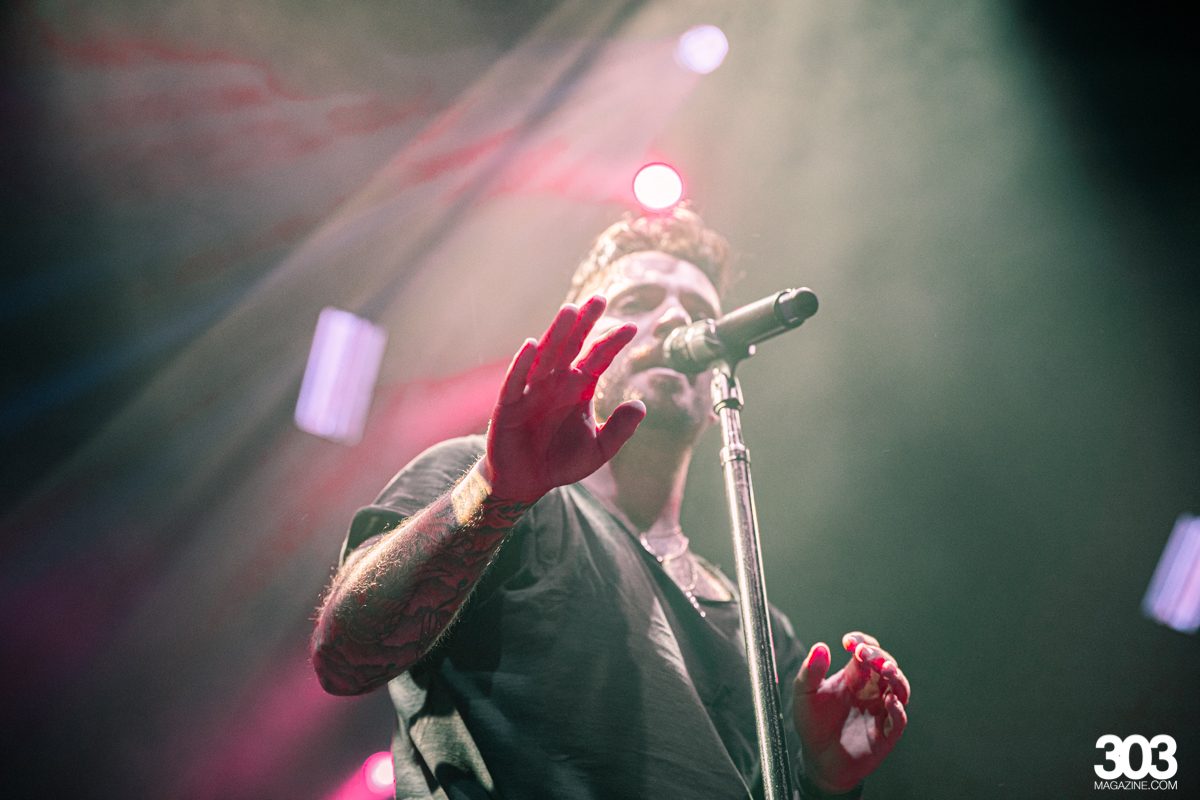 Before bringing Lawrence back to the stage for “The Internet,” Bellion took a moment to talk about Beautiful Mind Records. His intention with the new, month-old record label is to “take care of artists for the rest of their careers,” cultivating a family of musical creators to support, provide for and collaborate with. The spirit of this mission was on clear display as Bellion took the opportunity during the song to highlight members of his band and members of Lawrence in a game called “The Wheel of Solo.”

Bellion would call out two or three musicians on stage to improvise with each other – if anyone messed up, they would owe Bellion push-ups. Things only got more complicated when he challenged his band and the audience by singing a melody or beatboxing and asking them to replicate it. He continued building melodies on top of beats, finishing the song in an overwhelming composition of improvised collaboration between everyone on stage and in the room.

Eventually, Bellion revisited the first album that launched him into pop culture relevance with “All Time Low” and “Overwhelming,” but it was during “Guillotine” that you could see that Bellion approaches his music and live shows with a very clear vision in mind. Bellion introduced the song by talking about growing up watching jam bands, referencing the Dave Matthews Band and their ability to play three consecutive nights at a venue where no one night sounds the same. This night’s version of “Guillotine,” he promised, would sound unique to this performance and this performance alone. He spent the beginning of the song essentially composing the song from scratch with his band and audience, giving us some insight into what it must be like to be involved in the intensity of his music creation. 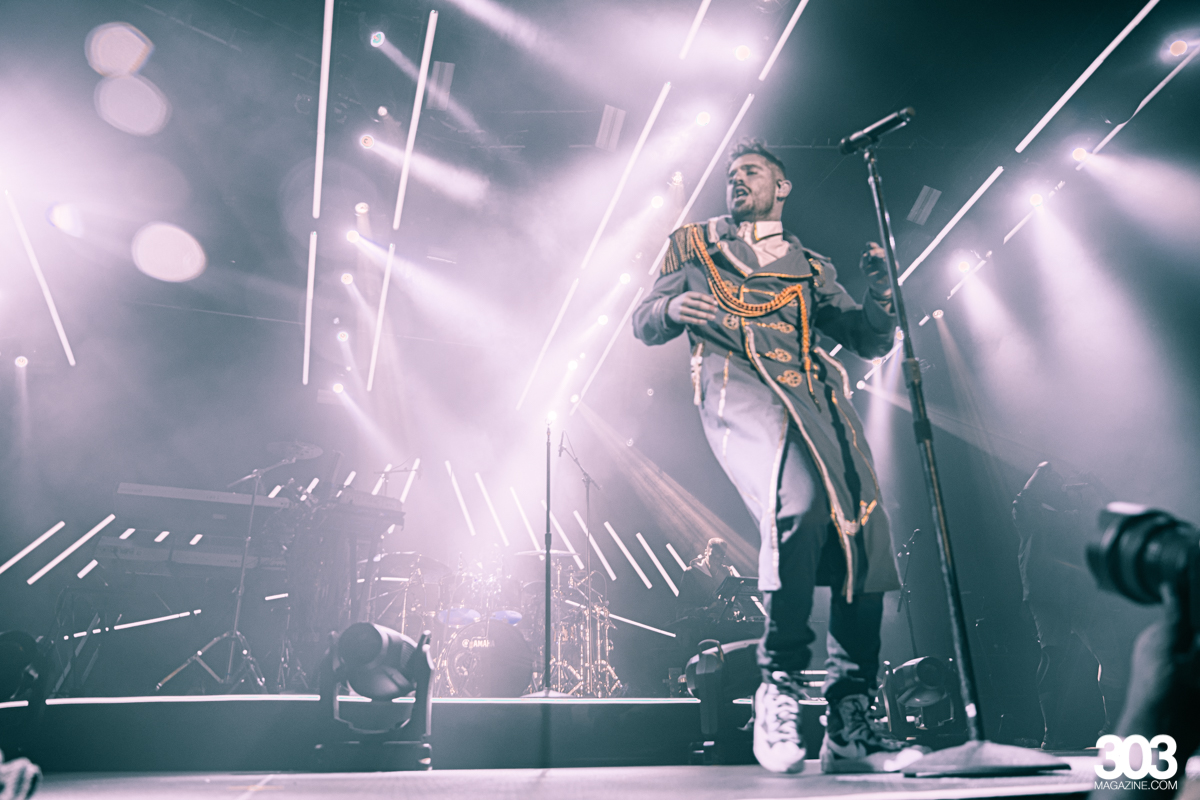 Bellion is not just a musician, but also a bona fide businessman with a goal in mind. His music and Beautiful Mind Records are only parts of his business ventures. With the release of his first album, The Human Condition, he made it clear in multiple interviews and shows that his intention with his music is to attract the attention of Disney’s Pixar Animation Studios in the hopes that it would be the first step in proving to the production studio that he is capable of scoring a Pixar movie – his ultimate dream. Once you are aware of this dream, the cartoonish visual companions to his music – his album covers and short film-style music videos – suddenly make sense. Bellion has pursued his dream since the second he stepped out from behind the writing credits of hits like Rihanna and Eminem’s “The Monster” and Jason Derulo’s “Trumpets” and started pursuing his own musical career. The release of Glory Sound Prep only indicated that he would continue to go after that Pixar movie score with increasing intensity.

He introduced his next step to achieving his dream just before the encore of his show – an animated series. He outlined his plan to the audience with a fervor that suggested that failure is not an option when it comes to the pitching, production, and distribution of this new series. Certain pieces of merchandise and tickets would give fans a password that would allow them to unlock a website where they can participate in helping Bellion create the series. He mentioned that the series allows him to accomplish a two-piece goal of empowering his fan base while also allowing him to continue making progress in his business ventures.

After his pitch, Bellion got right back to the business at hand, finishing the show with two final songs, “Woke the F*ck Up” and his collaboration with Illenium, “Good Things Fall Apart,” the song many people were waiting for the entire show to hear. Finishing the show, Bellion accomplished yet another two-piece goal – leaving his fans with an electrifying musical experience they’re sure not to forget any time soon, but also leaving them with the knowledge that there will be so much more to look forward to, and soon.