Summer is (almost) officially here. That means it’s time to get outside and soak up some of that Colorado sunshine. Whether that means sitting outside at your favorite brewery, grooving at Red Rocks or hiking a 14er, you’ll want to be sure your summer playlist is perfectly curated for whatever this summer has in store. So what kind of music belongs on a great summer playlist? If you listen to pop, then you’ll want songs that are upbeat, with synth-heavy harmonies and probably smart, positive lyrics – so basically, exactly the kind of music that Los Angeles based band Smallpools creates. If you’re ready to kick off summer a little early, then you won’t want to miss their show at the Bluebird later this week.

The pop group erupted onto the scene in 2013 with the release of their self-titled EP – a single from which made waves with a number one spot on Hype Machine within just three days of its release. Following their impressive debut, they set out on tour with Australian band San Cisco, followed by tours with Two Door Cinema Club, Walk the Moon and Twenty One Pilots. Their current tour, the “So Social Tour,” follows the 2018 release of a five-track EP by the same name. Since then, the band has released a few more singles, leaving fans hopeful that a full album is in the works.

Smallpools’ fast-tempo music begs fans to groove along, so their show at the Bluebird this Thursday is sure to be one big dance party. However, it’s not just the pop trio’s synthy songs that get the crowd dancing — Smallpools’ energy is infectious, and they put on a damn good show. The groups electrifying energy and stage presence combined with their dancey tunes are a recipe for a good time.

Their show at the Bluebird will close out the tour, and based on the reviews they’ve gotten so far, this might be their best tour yet. On this tour, they’ve been praised not only for their presence and light shows that rival those put on by EDM artists, but also for taking the time to talk with the crowd and connect with fans. As a result, Smallpools’ fans are part of what makes their live show so great. Their dedicated supporters create the best kind of concert environment — a setting in which the whole crowd can sing and dance along with the band, and bond over a shared love of the music. 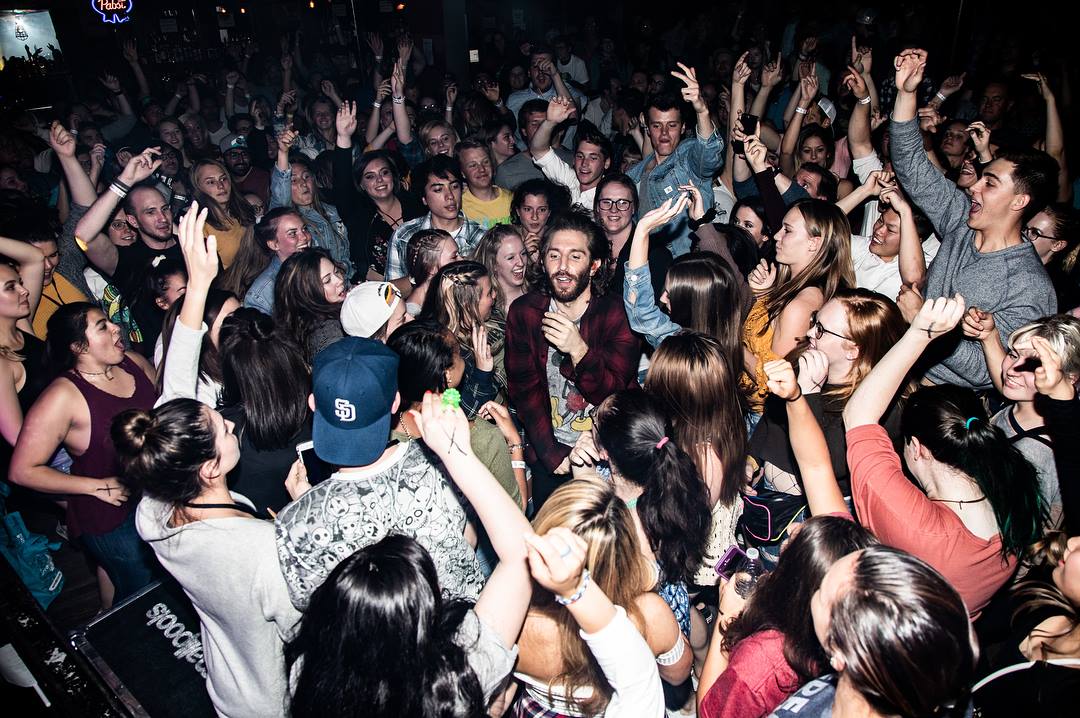 Openers, Royal Teeth will also take the stage at the Bluebird this week. Following a bit of what seemed to be a musical hiatus, Royal Teeth plans to release their first full album in six years, later this year. During their break, the band was still working on writing and producing music — they just didn’t like the music they were creating. However, with their return to the indie-rock scene, the band is stronger than ever and excited to reconnect with audiences.

Smallpools’ Bluebird show will be a lot of things, but ultimately it will be one hell of a summer kickoff party. Fans can expect a killer light show, hours of dancing and of course, some great music — fans should also expect a couple of killer whale pool floats to soar over the crowd. For anyone looking to kick off the sunshine season a little early, this is one show you won’t want to miss.

Smallpools will take the stage along with Royal Teeth at The Bluebird on June 6. Tickets are available here.