The modern workplace looks vastly different than it did a decade ago. However, is it changing fast enough to accommodate people of all backgrounds? For women? With Denver’s entrepreneurial spirit, the city is no stranger to coworking spaces. However, many of these coworking spaces are still largely male-dominated and do not always cater to the needs of the modern working woman.

Three new women’s coworking spaces are seeking to bridge this gap in accommodation, fostering empowering communities of women through their uniquely tailored offerings and custom-designed spaces. From mother’s rooms to mentorship programs, the Riveter, Charley Co. and RISE Collaborative hope to foster the next generation of Denver’s women entrepreneurs. 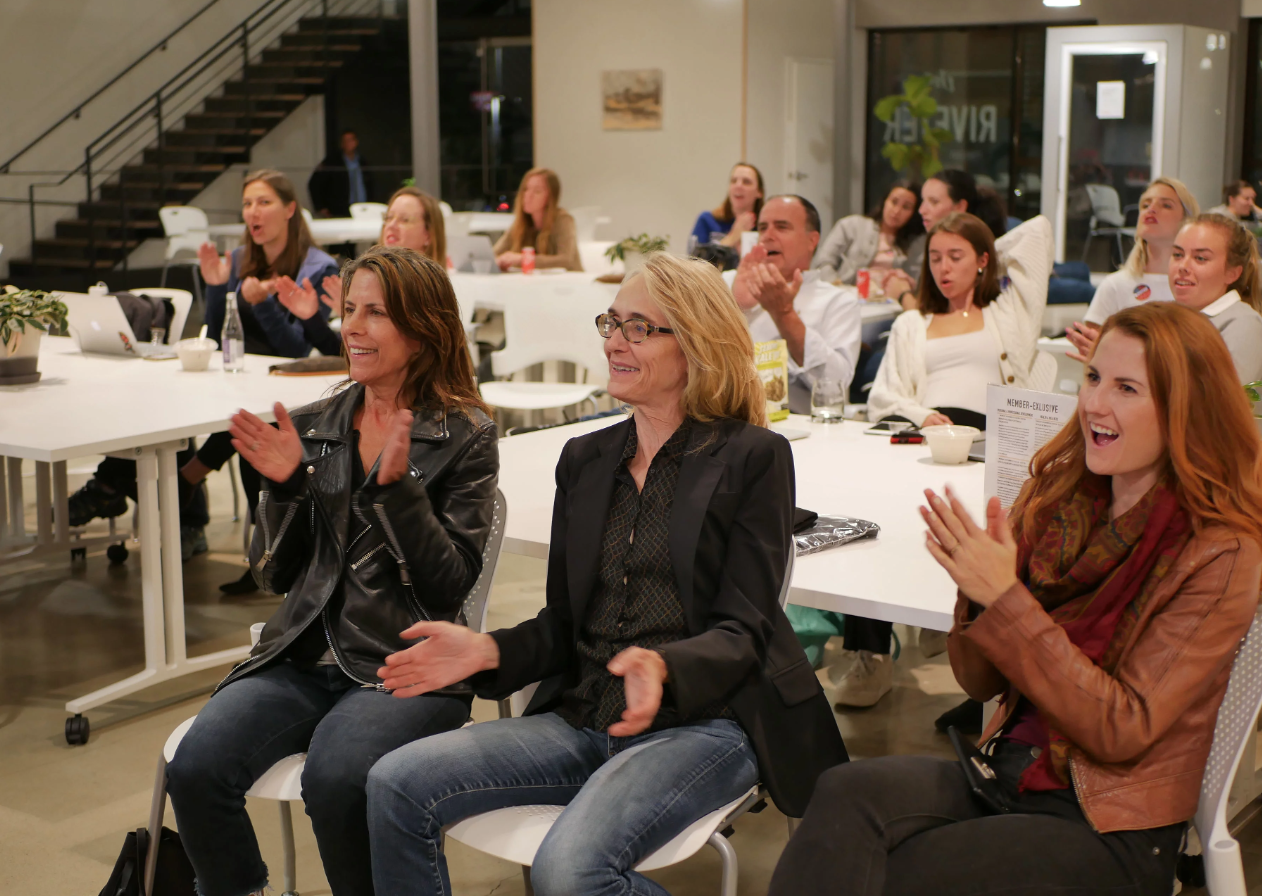 The Lowdown: With their spaces popping up all across the United States from Seattle to Austin, The Riveter team is excited to be gearing up to launch their community in Denver. “Each location we’ve chosen has a vibrant startup scene, incredible female leadership across all segments, and a thriving business landscape that is pushing our country’s economy forward,” said Amy Nelson, CEO and Founder of the Riveter. “Denver will mark our ninth location and is a natural fit given the more than 700 startups in the metro area and the countless trailblazing women in leadership.”

The Riveter was born out of the circumstances surrounding Nelson’s desire to start her own business. After leaving a successful career as a lawyer when pregnant with her second daughter, Nelson ended up at a variety of coworking spaces but, unfortunately, found them to have an “overly masculine” feeling to them in that they did not provide the right tools or connects that she, as a woman, needed to succeed. “I wanted to create that space with women in mind first, and I wanted that space to include and welcome men and all. The rest is history!” She recounted.

At its core, the Riveter strives to do just that. In their mission of seeking to “redefine the future of work,” Nelson and her team have carefully crafted a space that they believe is inclusive and well equipped for women of all backgrounds. With a trendy and open design and a variety of offerings, the Riveter prides itself on designing a space and membership options “for the way women work.” Though designed by and for women, the Riveter’s space welcomes men who would like to join as well.

“Whether they need a full-time private office, a place to stop in for a few hours each week, or a way to grow community, all members can select membership packages with no required annual commitment and can switch membership levels as your needs change,” Nelson stated.

In addition to flexible membership packages, which are detailed on their website, The Riveter coworking space provides enriching, entrepreneurial programming and events. From leadership meetups focusing on organizational empathy to meditation sessions to crowdfunding workshops, this uniquely female-centered space seeks to provide a more supportive and holistic environment for their community members. Unlike most co-ed workspaces, the Riveter also provides resources catered to the modern working woman like the privacy of designated mother’s rooms.

“We couldn’t be more excited to nurture this stage of a company, and growing the base layer of the Denver economy as a result. We are thrilled to be located in the RiNo neighborhood and are excited to support that vibrant community by featuring local artists and offering a recording studio for musicians, podcasters, and YouTubers,” said Nelson of more offerings in the space.

Learn more about the Riveter here. 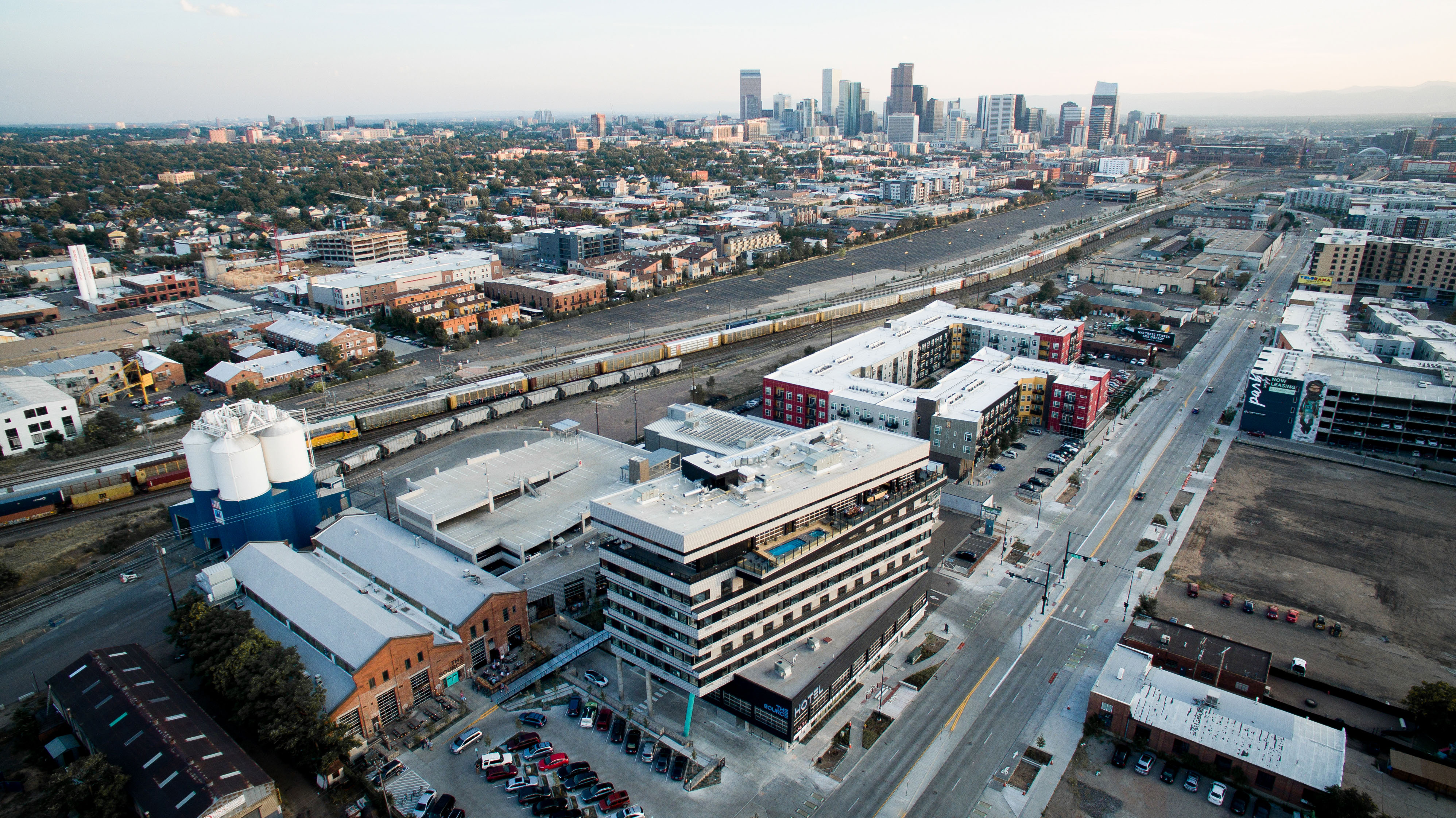 The Lowdown: Founder of the Denver native Charley Co. female coworking space, Bryn Carter weighed in on the pressing need for spaces like these in Denver, commenting, “as women, we have constantly been told by society that we need to compete with one another to get anywhere in our careers. We’ve been told to not show emotion or vulnerability to others while working, that those traits make us look incapable of performing our jobs. We’ve been told that there isn’t enough work in Denver for all the women wanting to leave the 9-5 and pursue their passion while being freelance. We’ve also been told it’s impossible to be successful if you are a creative in Denver. All of these things have been told to women time and time again and that is why I think it’s imperative to have a safe environment that women can come together and can get vulnerable with their work and can let their guard down and know they won’t be judged but rather they will have a community behind them who help lift them up.”

READ: The Source is Getting a Women-Focused Co-Working Space This Summer

An independent and Denver-based coworking space, Charley Co.’s community aims to be a force to be reckoned with upon its opening on June 27. Striving to cultivate a network of hardworking women who “inspire, teach, learn and thrive together,” the team at Charley Co. has curated a singular space with luxurious and productive amenities: a salon complete with estheticians, hairstylists and skin care specialists, a kitchen stocked with local food and beverages, monthly speaker and networking events and more.

“Charley’s is a place for women to come together to grow in both their personal and professional lives,” founder Bryn Carter explained. “That’s what I hope Charley’s space can be – a gathering space, a safe space, an inviting space and an inclusive space.”

Carter’s inspiration for the space came from a crushing situation of working long hours at a job that she says she was quite good at but realized her heart just was not in it. As she began to work on the Charley Co. space, she met with the women of Denver and directly crowdsourced information on what they wanted to see in a coworking space. As such, this space was crafted by women of Denver for women of Denver.

“Our motto is – come as you are. And that concept can mean so many things from coming in whatever you want to wear that day, to [coming in] even if you’re having a bad day. Charley’s is here to be that place women can just be themselves,” Carter shared.

She and her team hope to alleviate the anxiety of finding the right workspace. “Women won’t have to think about if they will be able to find a seat or if there will be parking or if the music will be too loud or if they will get interrupted while trying to work,” Carter explained. “Charley’s will be a space they always know will be there ready to help and support them.”

Information on membership levels and the space can be found on the website. 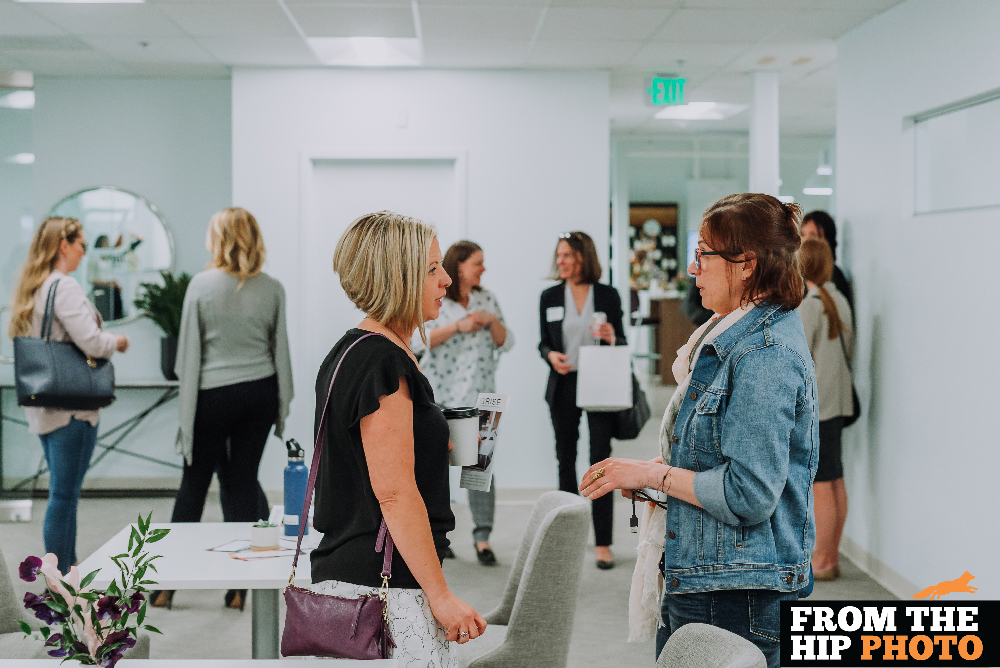 Photo courtesy of From The Hip Photo

The Lowdown:  Like Charley Co., RISE Collaborative Workspace emphasizes a growth mindset on both a personal and professional level for the women comprising the RISE community. With a sister location in St. Louis, Missouri, the RISE Denver location successfully launched a beautiful and supportive space in April.

“RISE has the flexibility of a coffee shop but the polish of a corner office,” partner and general manager Sara Butler described.

Honing in on the most imperative reason for creating the space, the RISE team hopes to “create a pipeline for success, increase women’s social capital and help them level up their game with professional polish.” They hope that this “pipeline” will be inclusive of women of all ages and backgrounds.

RISE was born with founder Stacy Taubman. Previously a high school math teacher for 12 years, Taubman was inspired to create a tutoring and coaching company for high school girls. Taubman found herself struggling with working from home. Realizing the true impact that having a designated classroom and coworkers had on her success, the idea for a coworking space like RISE Collaborative began percolating.

Some of the specialized services offered at RISE not found in regular coworking spaces include mother’s rooms and weekly networking or educational events. In addition, Taubman’s background in education also inspired the inclusion of a mentorship program for high school girls through RISE.

“We are creating an environment where women can thrive. At their fingertips are resources and other women to support them on their journey,” Butler stated.

More information on RISE Collaborative and its offerings can be found on their website.