Appreciating art doesn’t have to keep you from going outside. Every summer in Colorado there are countless block parties, art markets and festivals that allow you to enjoy some creativity while soaking in the sunshine. Last year we created a list of 21 outdoor art events to attend, but this year we changed the focus to feature unusual festivals. The roundup includes festivals that are over a century old to ones that are just starting this year, so prepare for a season of diverse creative endeavors. These are the ones that are going to make a mark in your summer memory.

Art On The Streets

The Lowdown: Every year, downtown Colorado Springs installs a massive exhibit of public art — usually focusing on sculptures. The exhibit stays on display for the entire year — and all items are available for purchase — ending with a People’s Choice award in May. This year, which marks the 21st installation of Art on the Streets, is different because for the first time Art on The Streets will include street art. Instead of 12 sculptures, visitors will find six sculptures and six murals. There are self-guided audio tours available to download through a free GPS-based app that pulls up the relevant artworks and audio clips when you arrive at each piece. 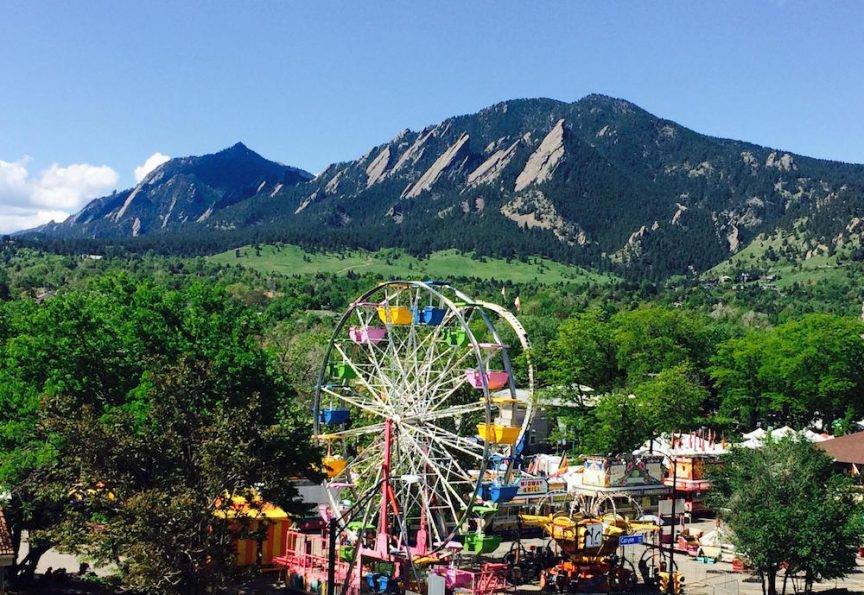 The Lowdown: Even though the Boulder Creek Festival has been around for more than three decades, it continues to attract throngs of artisans and shoppers every year. Not only are there three days available to peruse booths from local and visiting artists, restaurants and other makers — there is also a stage that features live performances as well as yoga classes and martial arts. Plus, it might be the only time that Boulder hosts carnival rides and a Ferris wheel. This is one of those weekends that exemplify the Boulder lifestyle — from fresh food at the Farmer’s Market to world-class art and crafts. And when you’re done with the festival, you still have the beautiful city and surrounding open space and parks to explore before heading back to Denver. 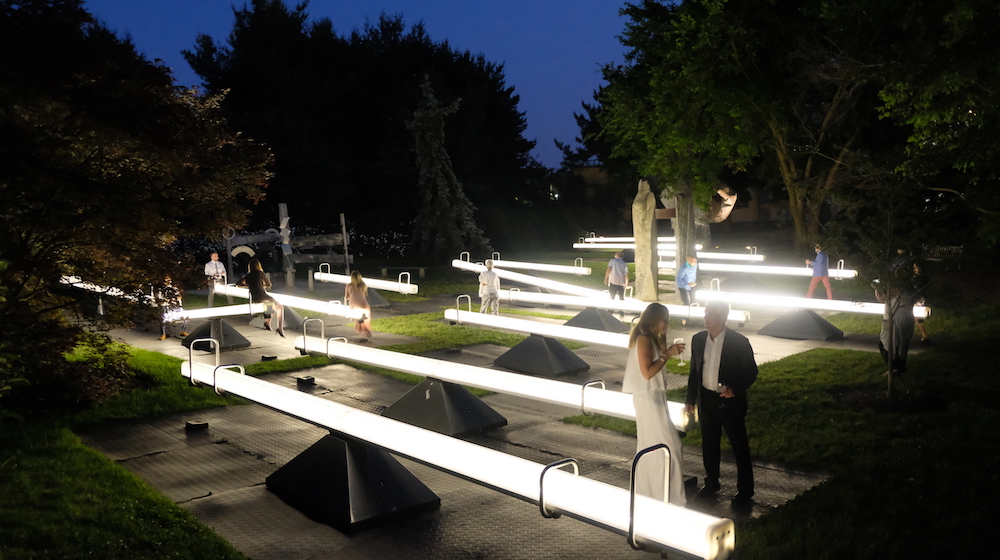 The Lowdown: Curated and organized by BreckCreate, WAVE is a four-day festival that uses the three components of light, water and sound to activate the outdoor areas around Blue River Plaza. Artists from all over the world install and perform during this annual event. Since many of the pieces rely on darkness to appreciate fully, the festival has somewhat unusual hours — from 3 to 11 p.m. each day. The event is a feast for the senses, with technicolor light displays and eye candy in every form. This year, the featured artists are ATOMIC3 and APPAREIL, ACT Lighting Design, Ekumen, Cédric Le Borgne, Caitlind r.c Brown and Wayne Garrett and Denver’s own Scott Young.

Biennial of the Americas Concert Series 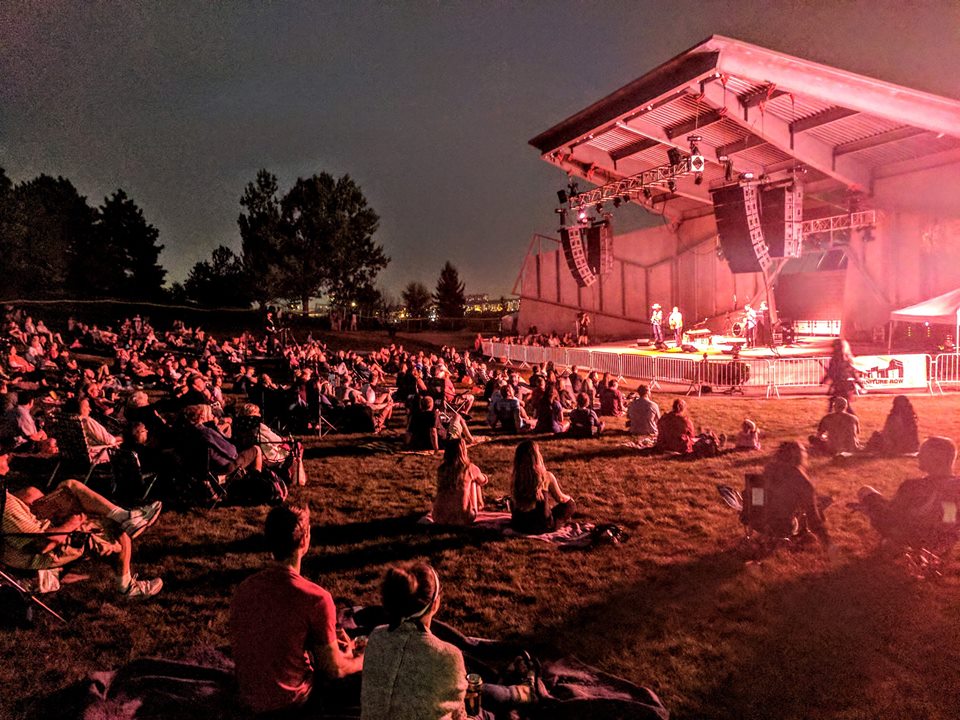 The Lowdown: The Biennial of the Americas occurs every other year in Denver as a celebration of cultural exchange between North and South America. It’s focused on creativity, but the discussions, panels and programming often take on serious topics by experts in the field. This year’s Biennial, which occurs in September, is activating other locations in Denver in the months leading up to the main event including the Levitt Pavilion. One night each month from June to August, the Pavilion will host bands that represent both Americas, bridging the gap between the two continents through sound. Starting the series off is Jenny and the Mexicats with Bang Data, followed by Aterciopelados with Pink Hawks in July and finishing with Wild Rivers with the Copper Children in August. 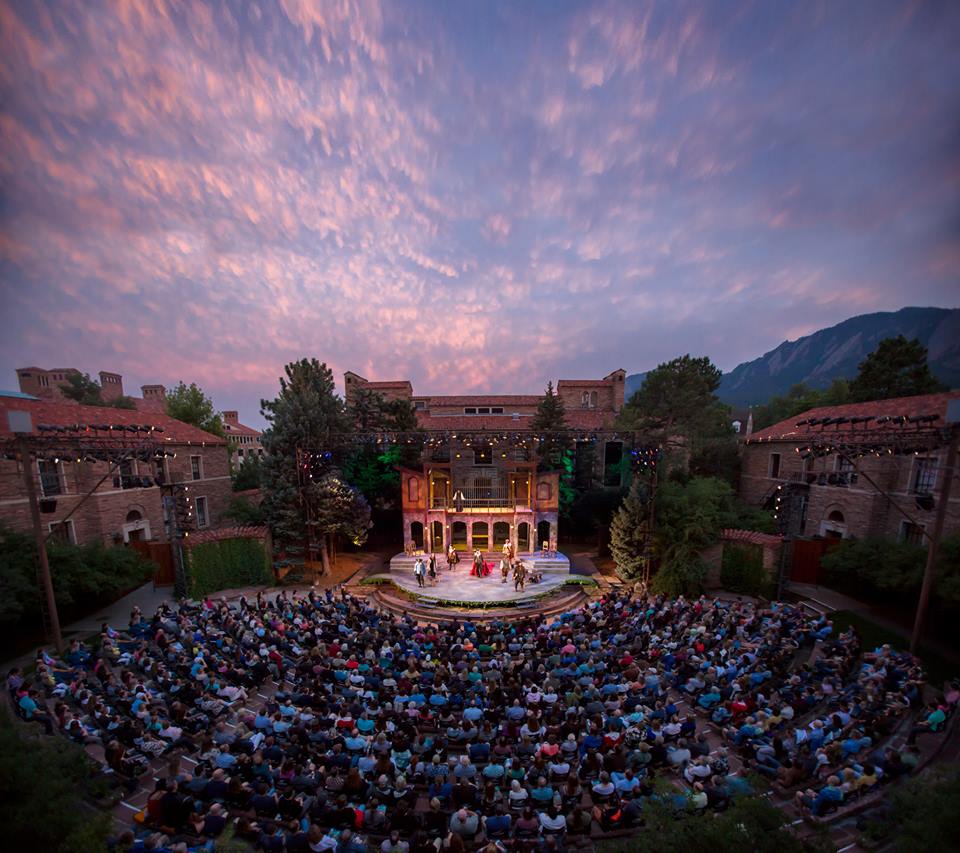 Cost: Starting at $19, get tickets here

The Lowdown: This festival, set in a gorgeous stone amphitheater in the middle of the University of Colorado Boulder campus, has delivered live Shakespearean plays under the stars for more than 60 years. Each summer, the professional theatre company works in association with the college to produce programming that brings Shakespeare and his influence to the heart of Boulder. It’s challenging — iambic pentameter isn’t for everyone, after all — but it’s also inspiring and entertaining. And, you don’t have to waste a wonderful summer evening inside a dark theater. You can experience a classic rendition of shows like Twelfth Night, As You Like It, King Charles III and, of course, Romeo and Juliet — while a gentle breeze keeps you cool and the smell of flowers fills the air. 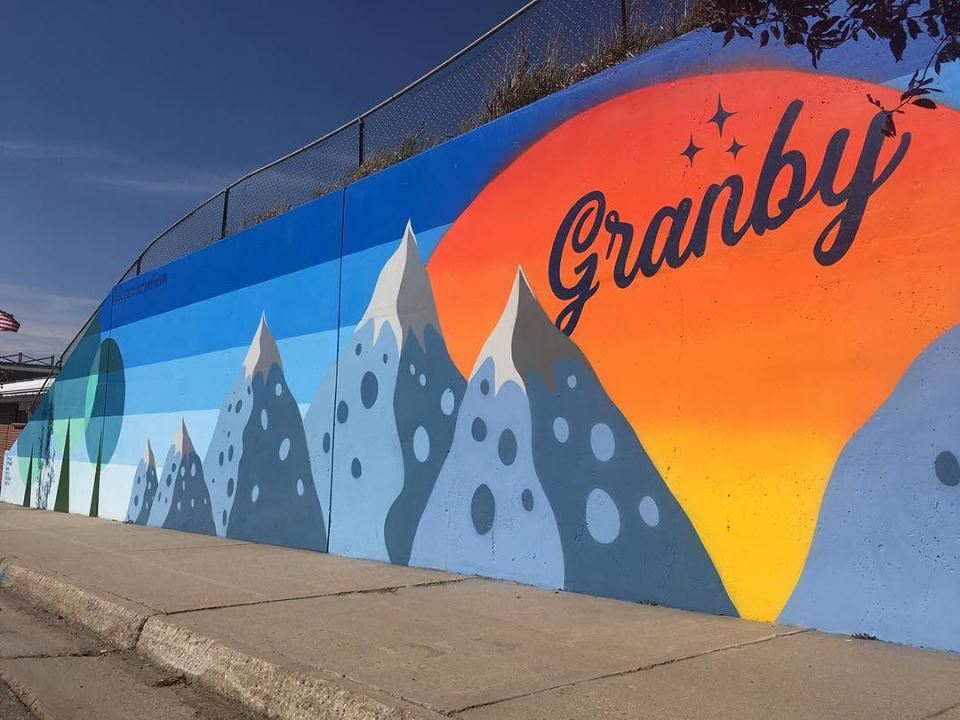 The Lowdown: For the first time ever, the small mountain town of Granby will host a mural festival, called RKY MTN Walls. Organized by Denver-based So-Gnar Creative Division in conjunction with the town of Granby, RKY MTN Walls will host 16 world-class street artists for an entire week.  The idea behind RKY MTN WALLS came when So-Gnar painted a mural in the town in the summer of 2018, and now the festival will mark the first time street art is taking over Grand County. Paired together in groups of two, the artists will create collaborative murals on different local businesses on or around Main Street (Highway 40). Many Denver-based street artists are participating, bringing a taste of the booming Mile High mural scene to the Rocky Mountains. Artists included are Anthony Garcia Sr., Armando Silva, Dread, Detour, Esic, Jaime Molina and Pedro Barrios, Josh Deitchman, Koko Bayer, Mike Graves, Pat McKinney, Pat Milbery, Rather Severe, Rumtum, Taste and Sandra Fettingis.

READ: The First Ever Mural Festival in Grand County is Bringing Major Denver Talent to the Mountains 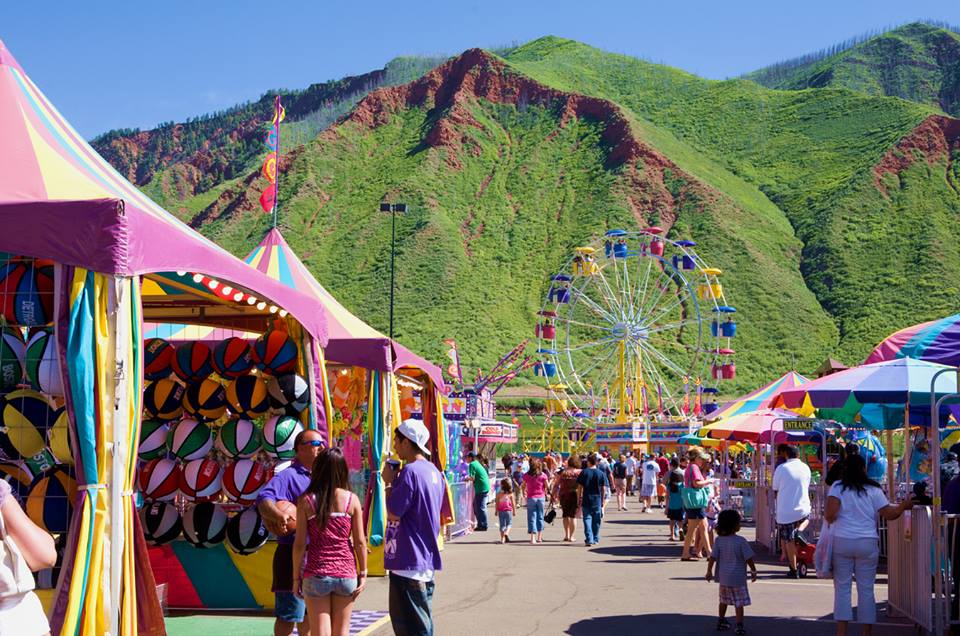 The Lowdown: If you think the Shakespeare festival is an old tradition, wait until you experience Strawberry Days — a festival in Glenwood Springs that has been going on for 122 years. Strawberry Days is, according to the organizers, the oldest continuously held civic celebration West of the Mississippi. It’s always involved a large number of berries, although it’s changed from something resembling a farmer’s market to a full-blown town fair including art and craft vendors, a beer pavilion, a kids zone and more. Expect a lot of strawberry-themed things, including free strawberries and cream on Saturday, June 22. 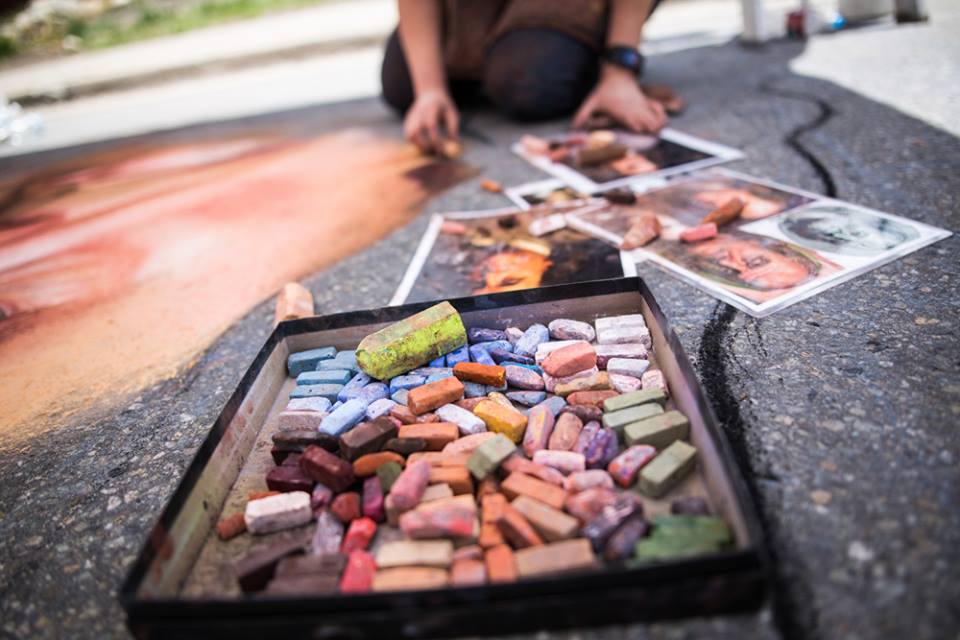 The Lowdown: In conjunction with Breckenridge’s Fourth of July weekend celebration, BreckCreate hosts a juried chalk art contest in the streets. The contest is secluded to only one day of the weekend — Independence Day exactly — and requires the artists to finish before the sun goes down. Visitors can watch the artists hard at work, admiring the gorgeous, colorful and temporary designs. Of course, since it’s July Fourth weekend, there will be plenty of other activities to keep everyone going — pie-eating contests, parade float-making and outdoor performances, to name a few. 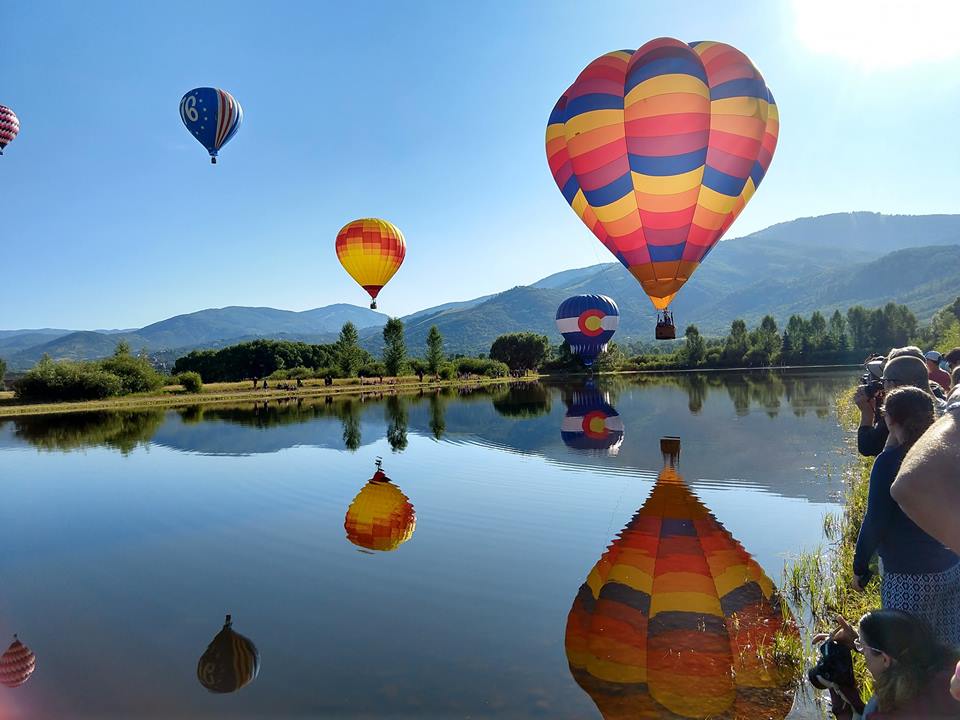 The Lowdown: If you don’t think hot air balloons are artistic, then you probably won’t understand the majesty behind the Hot Air Balloon Rodeo in Steamboat Springs. For two days, dozens of colorful hot air balloons float above the natural splendor of the mountains. The first balloon launches are in the morning at sunrise, where photographers gather to capture the scene, followed by the actual “rodeo” portion. In the rodeo, balloon pilots dip into Bald Eagle Lake and maneuver in other impressive ways. At sunset, another balloon launch creates a spectacle for happy hour for the Balloon Glow. In addition, Art in the Park occurs nearby during the same weekend, with vendors and craft booths to shop from. There are, unfortunately, no dogs allowed at the balloon launching event site. 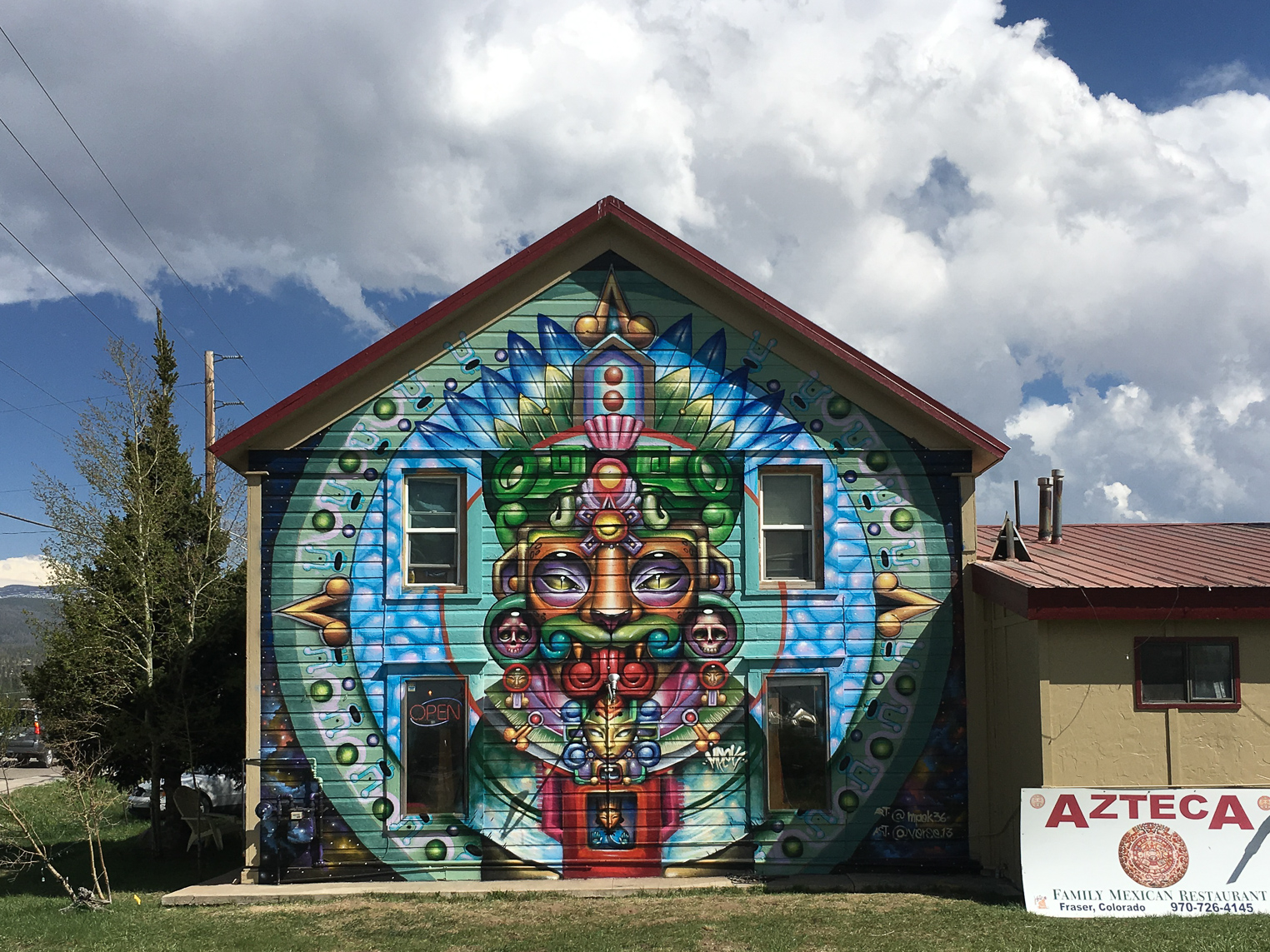 Mural by MPEK in Fraser. Photo by Cori Anderson

The Lowdown: If you miss the ROCKY MTN Walls mural festival in Granby in June — or you went and want more murals in the mountains — visit the Fraser Mountain Mural Festival just one town over. Organized by Fraser Public Arts Committee and the Town of Fraser, this festival aims to bring awareness to the creative arts in the mountain town. Fraser has already been commissioning murals as part of the Fraser Mural Project, including a few by Denver-based artists like MPEK (pictured above). However, the festival will feature 20 artists painting on eight-by-eight foot primed panels instead of buildings. Like other art fairs, but unlike other mural festivals Colorado is familiar with, Fraser Mountain Mural Festival is offering cash prizes to participating artists for four awards — first, second, third and people’s choice. That means your vote will help give one lucky artist $2,500.

READ: The Mountains Are Getting More Art And Here’s What Not to Miss 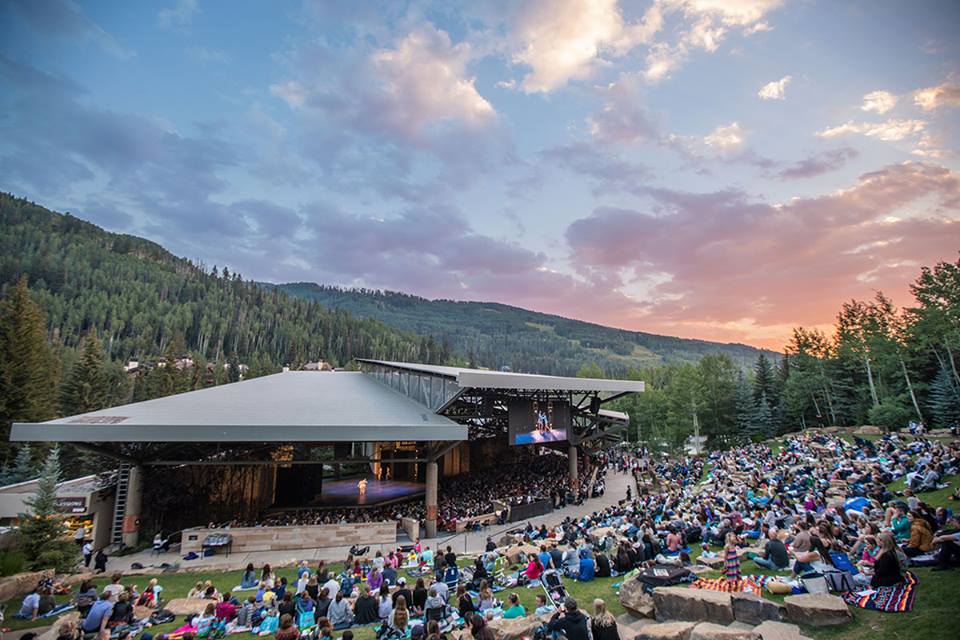 The Lowdown: If you only associate Vail with snow sports, this highly acclaimed dance festival will make you think again. Now in its third decade, the Vail Dance Festival features two weeks of performances and educational programming. The educational side of things stemmed from a satellite program with Bolshoi Academy of Moscow — a prestigious school in Russia — and has flourished into a nationally recognized residency. But for viewers, there are just as many opportunities to expand their knowledge about dance from all over the world. You’ll see contemporary dance, American ballet, choreographed companies and more — many of which will occur in the open-air Gerald R. Ford Amphitheater. 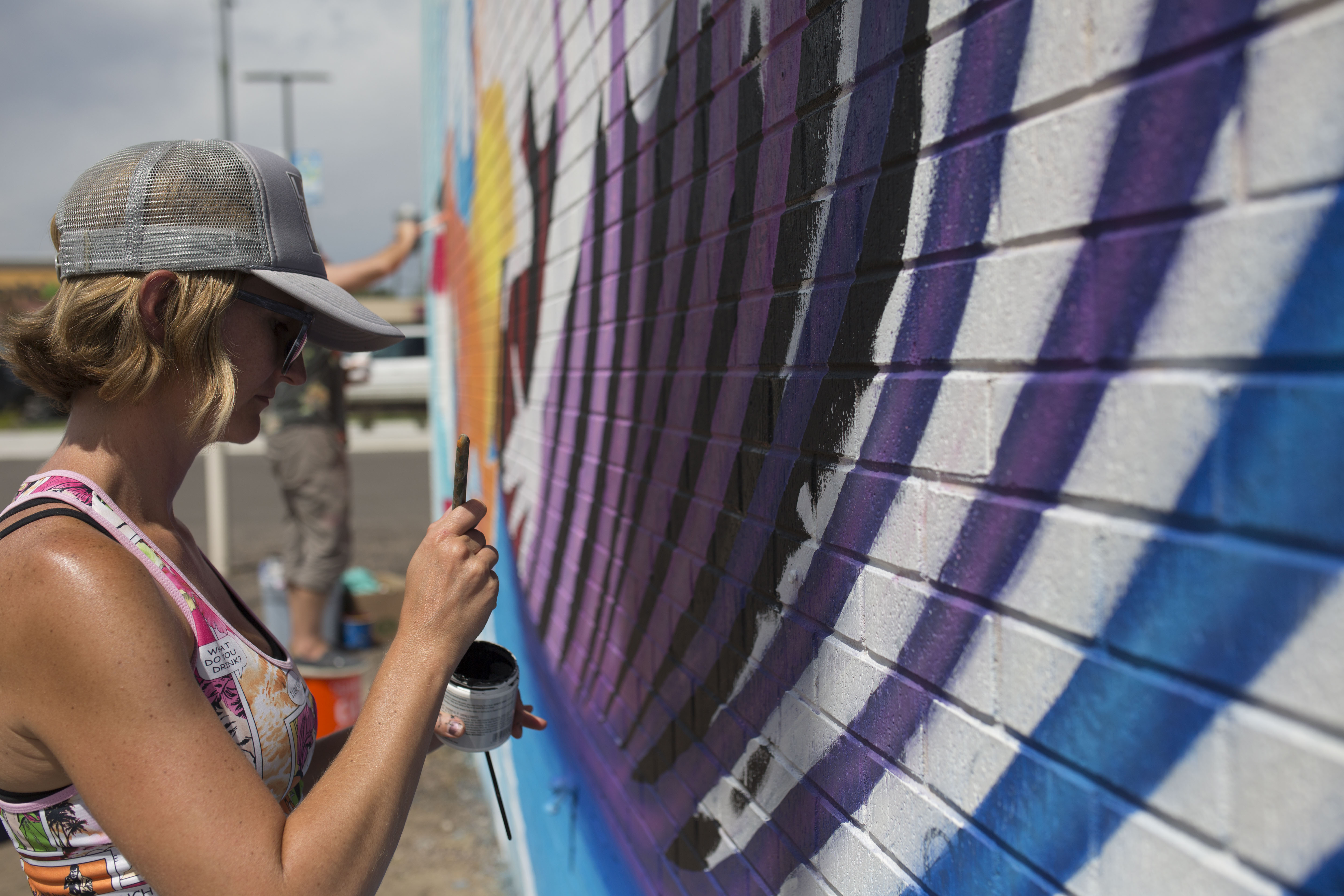 The Lowdown: Previously known as the West Colfax MuralFest, the now re-named Colfax Art Fest will again activate the 40 West Art District in Lakewood with two days of socializing around art. With live mural paintings, a guided trolly tour of public art in the district, art crawls between galleries and craft booths, the Colfax Art Fest guarantees a weekend filled with soaking up the local creativity. Everything is centered around Lamar Station Plaza — in front of Casa Bonita — but exploring the walkable, bikeable ArtLine is highly recommended as well. 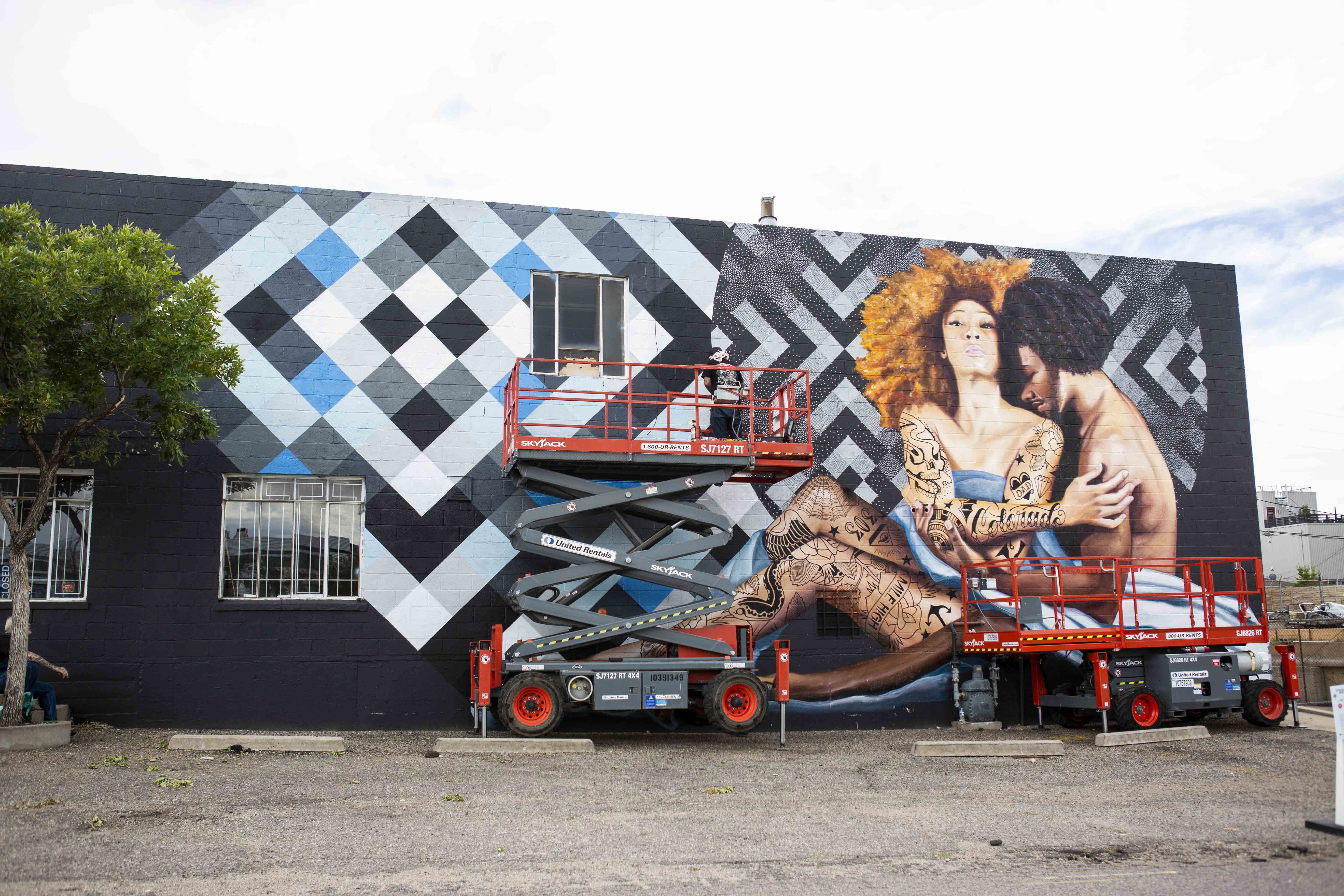 The Lowdown: In 2017, the annual street art festival CRUSH WALLS that takes over RiNo expanded from two days to a week-long event, after seven years of flying under the radar of many Denver residents. That marked a major shift in the landscape of public art in Denver, which has become a mainstream street art destination since. Last year, CRUSH expanded even further, partnering with RiNo Art District and Project 16 (out of Montreal) to organize a full-fledged festival atmosphere which included guided tours, artist talks, pop-up events and a Secret Walls paint battle. This year is looking similar, except that all artists who paint must be Colorado-based or working in collaboration with a Colorado-based artist, in an attempt to keep the festival locally focused, highlighting the amazing talent we have at home. Taking a trip to RiNo during CRUSH is a must in Denver now, and we suggest popping in to catch the artists throughout the week so you can see how the murals come to life. 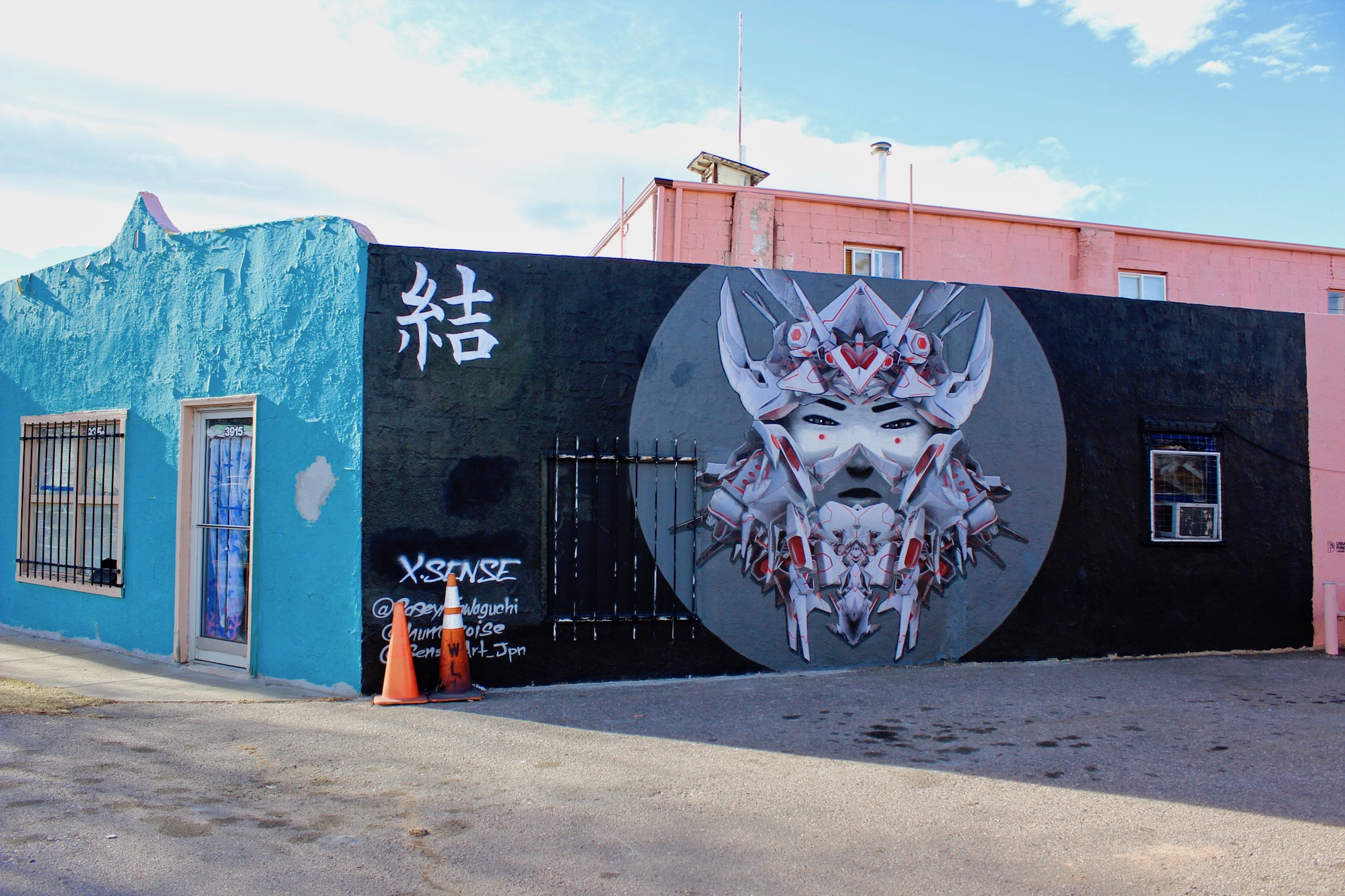 The Lowdown: If you’ve never visited the Westwood District in Denver, this one-day event is the perfect time to check it out. The Westwood Chile Fest celebrates Hispanic-centric cultures through food and the arts — with live Mexican bands, local food trucks and art vendors — as an ode to Denver’s own strong Latino population. This year, the theme is Dia y Noche. Aside from the impressive list of art vendors to check out, the district is also home to some amazing murals by Casey Kawaguchi, The Bunny M and more — which are all within walking distance from the festival on Morrison Road. 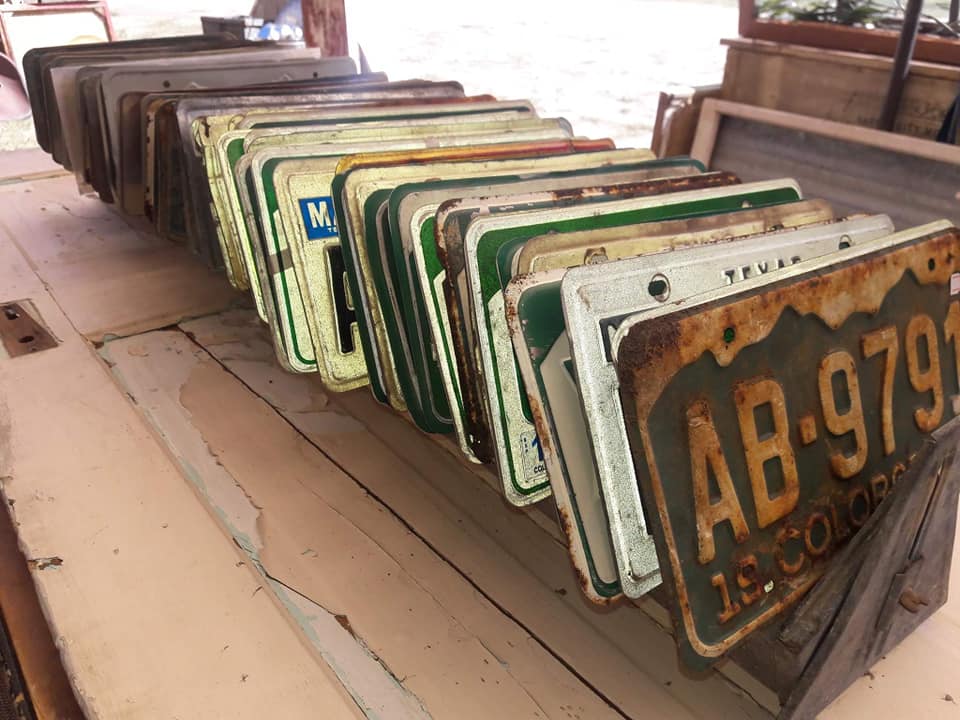 The Lowdown: Originally, the vendors that make up the Junktique show and flea market were part of the larger festival Pioneer Days in Florence. But, this year, Junktique broke off and started an entirely new outdoor festival geared at antiques and repurposed goods, expanding by tenfold in the process. What used to be a few booths will now be 200 spaces on Main Street, selling vintage items as well as handmade products. The drive to Florence from Denver is just under two hours, so we suggest making a day of it and enjoying the other quirky stores in the town.