For the fourth year in a row, light and sound installations will accessorize Breckenridge’s Blue River Plaza waterfront in the WAVE: Light + Water + Sound festival from May 30 through June 2. Featuring local, national and international artists from all different backgrounds, the festival has become one of the highlights of summer in the mountains. Because the event is centered around lighting design, the installations are on view every day from 3 to 11 p.m., leaving plenty of time before to hike and enjoy other seasonal recreational activities that Breckenridge is known for.

“This event builds on our success with other nature-inspired activities as well as supports our commitment to programs that focus on environmental and place-based relevancy,” said Robb Woulfe, President and CEO of Breckenridge Creative Arts (BreckCreate), in a press release. BreckCreate is a nonprofit with the goal of supporting the arts and has been at the helm of many projects in the last four years which have put the small mountain town on the cultural map in Colorado. 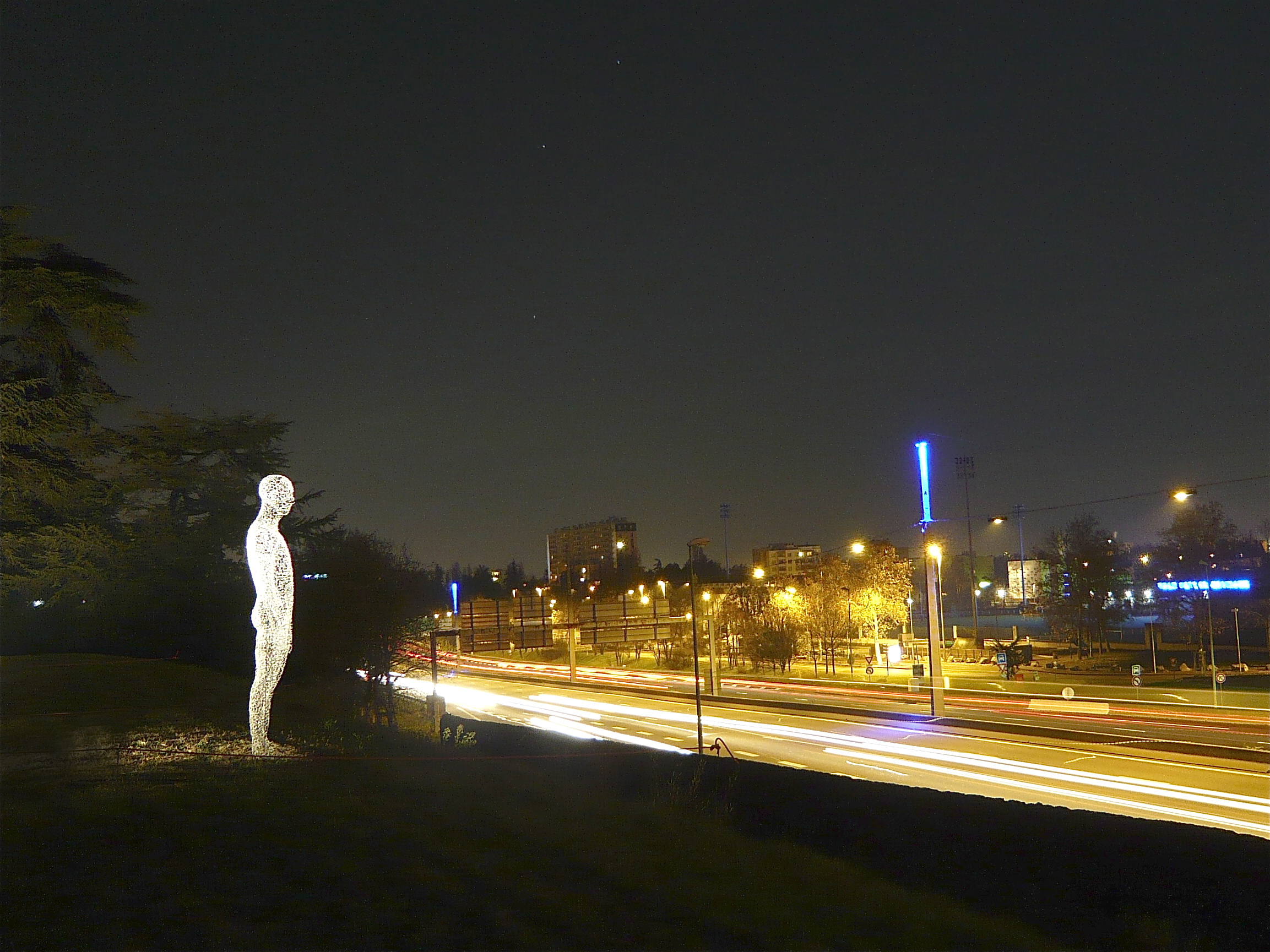 Part of the direction for this year’s WAVE festival comes from the desire to express and explore environmentalism in a variety of ways. “The artworks featured in this year’s WAVE festival explore various ecological topics that are important to both local residents as well as guests who visit our beautiful mountain community,” Woulfe commented. Since the entire festival takes place outside every year, the typical separation between art and nature is blurred significantly. The installations activate the riverfront, including the water itself, the shore, bridges and paths — instead of the sterile backdrop of a white gallery wall. Using the idyllic scenery of Breckenridge as a canvas allows the artists to think beyond the confines of a gallery or museum setting and often results in their installations catalyzing hyper-meaningful experiences. 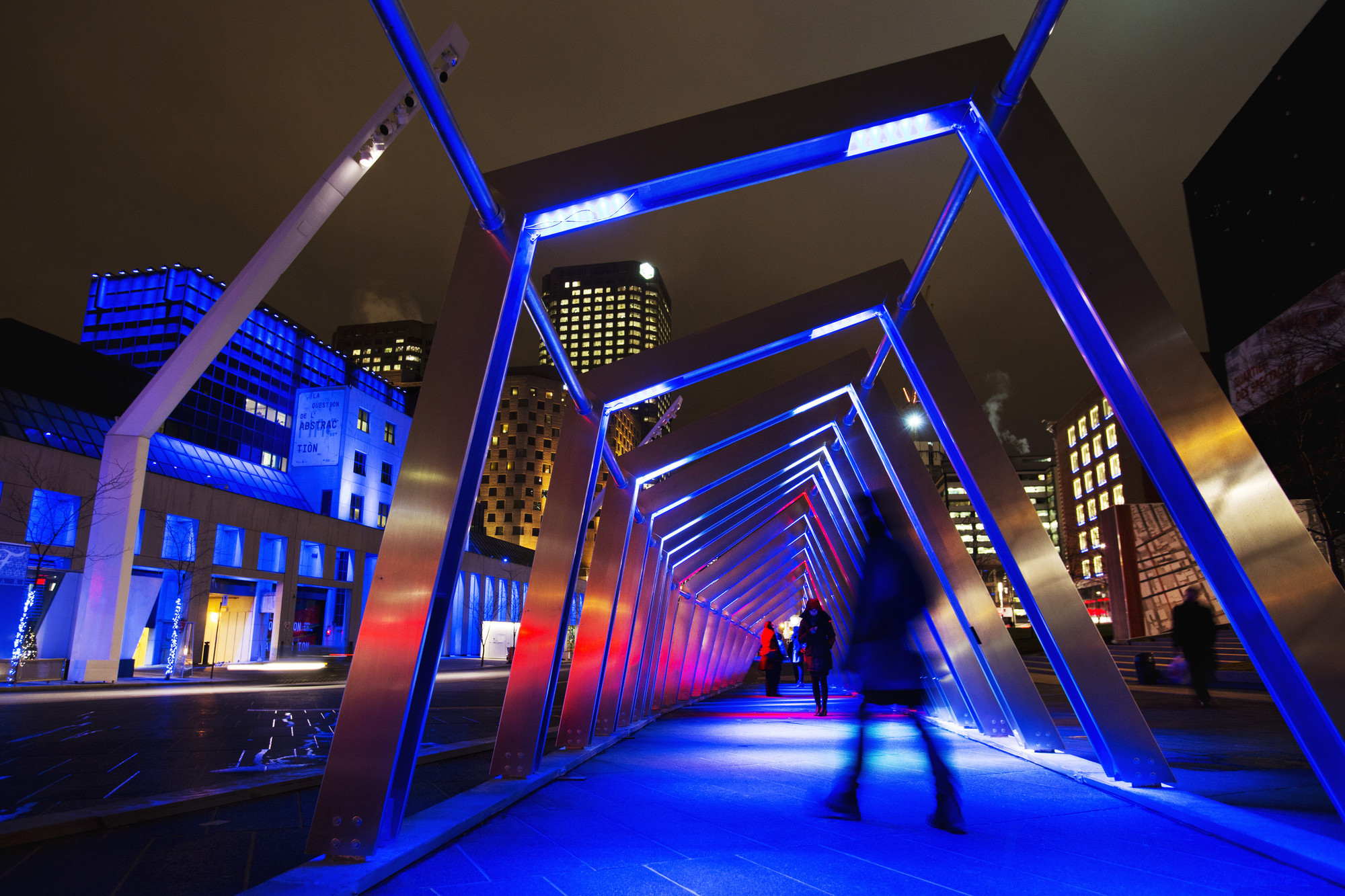 “Iceberg” by ATOMIC3 and APPAREIL Architecture. Photo by Martine Doyon

ATOMIC3 and APPAREIL Architecture’s Iceberg presents viewers with an interactive affair to follow the lifecycle of an iceberg. Although it’s made of steel, with hard surfaces and straight lines, the essence of an iceberg is experienced when you walk beneath the beams. This could be because you feel small, or the blue lights are similar to the unreal glow that emanates from icebergs — but the underlying wonder of this installation is in the auditory aspect. Every iceberg has crevasses which generate sounds (especially when they split and calve) resulting in a cacophony of ice noise in recent years. In Iceberg, visitors hear a representation of that as a different tone beneath each overhead beam. 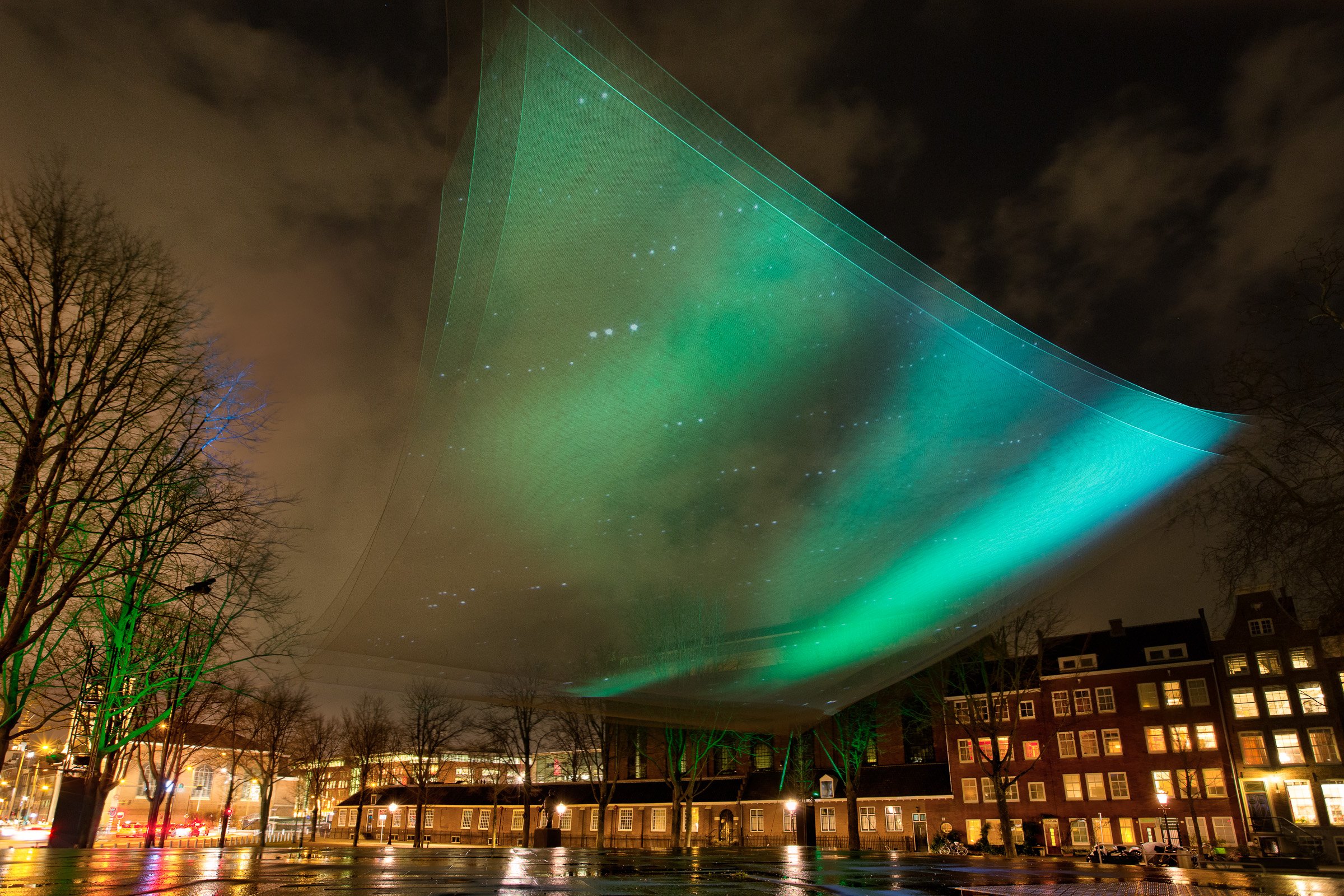 Light Matters by ACT Lighting Design will project images of natural phenomena into the air. Through more work than most of us can imagine, the team slings a net among trees which catches the projected images in an ephemeral way. At first sight, Light Matters appears as a hologram in the sky, shimmering with the wind or other natural elements. It’s a digital mirage — clear and precise one moment and obscured the next. And since the design shows images of natural phenomena, it almost translates as a “bat-signal” for preserving those phenomena.

Les Voyageurs (The Travelers) + Les Oiseaux (The Birds) by Le Borgne uses a more tactile approach, with illuminated birds and human figures made from sculpted wires. These sculptures are placed in various settings — the branches of a tree or the top of a hill for instance — to look upon the landscape or other scenic reference. Since they are illuminated from within, each figure appears as mythical and magical. But, because they are also silent and unmoving, their presence can feel ominous in some ways, like observers who are not pleased with what they see.

CLOUD by Brown and Garrett explores the mechanics of interactive art, employing over 6000 incandescent light bulbs in a cloud formation that visitors can turn off and on while standing beneath it. This creates a two-fold effect — viewers outside the cloud experience the non-repeatable performance of light created by the participants under the cloud while also witnessing their spotlit faces. Of course, the experience beneath the cloud is better left for IRL. 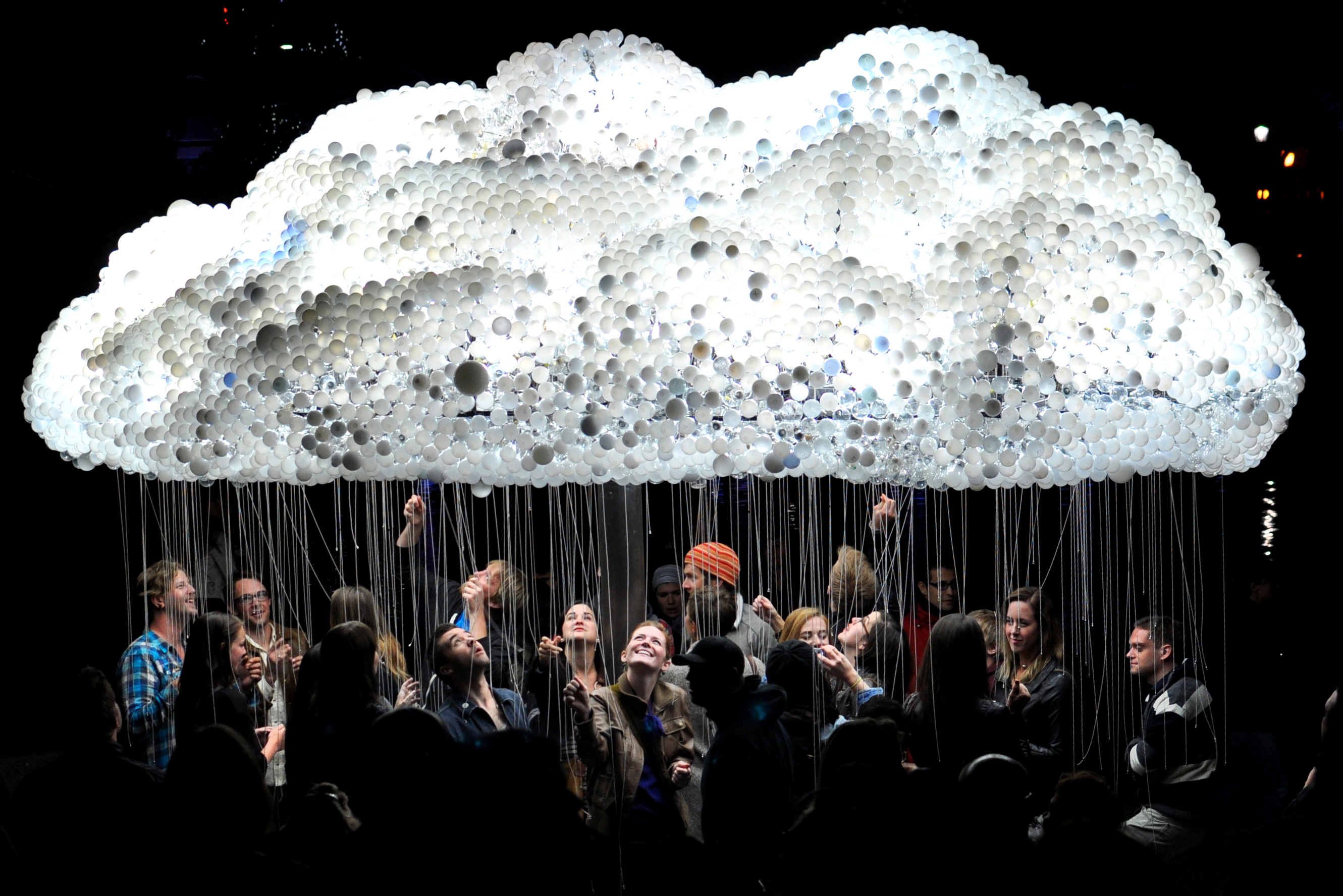 But even though it’s exciting to welcome traveling artists into our communities, the work of local artists is invariably important as well. Which explains the participation of local rising star Scott Young — a neon artist who burns into your memory like the imprint of bright light on the back of your eyelids. His work is visceral and appealing, yet deeply critical and revealing. Part of his rise in the Denver art scene is due to the large “WISH YOU WERE HER/E” neon sign which graced the roof of the Museum of Contemporary Art and now resides at The Ramble Hotel in RiNo. For the WAVE festival, Young is providing two separate installations — one is called Tension and the other is Intermittent Positive Reinforcement.

Aside from the mesmerizing installations, visitors to Breckenridge during the four-day free festival can also enjoy pop-up performances (like traveling musical acts), artist talks and late-night “experiments.”

For a full schedule and list of performances, go here.