This is the fifth story of the ongoing series Deep Cuts, which highlights a local DJ here in Denver every month. The series includes a profile on important underground DJs around Denver as well as a playlist of five to ten of their current favorite tracks.

“It took me a really long time to get into house music,” Shannon Kelly — who DJs under the elusive, anonymizing name Shannon Von Kelly — said as he wove his way through the stacks of records on the floor. The Capitol Hill apartment was lined with shelves upon shelves stuffed with records, so crammed that his newer vinyl purchases had no room on his shelves and thus began encroaching on valuable floor space. Some of the records dated back to Kelly’s middle school days — when he would sneak out against his parent’s wishes, hitch a ride from his older friends down to Denver and rifle through records at Twist & Shout and Wax Trax.

Today, Shannon Von Kelly’s preoccupation with music off the beaten path has given fruition to one of Denver’s most celebrated monthly gatherings — Weird Touch at Syntax Physic Opera. Weird Touch began right after Syntax Physic Opera first opened in 2013. The party, now approaching its fifth anniversary at the end of August, feels like stepping into a time machine. Almost all the attendants arrive in their finest bell bottoms and patterned prints, dancing to funky disco, house, a little bit of acidy techno here and there, under a massive dazzling disco ball on the last Saturday of every month. Having attended a wide variety of shows held at Syntax, Weird Touch is hands down the venue’s busiest night.

“The three of us were DJing at Adrift every month for a couple of years. We’d set up in the back room — and we just called it ‘Back Room Sessions’ — we didn’t know what else to call it,” Kelly said with a laugh. Eventually, one particular attendant named Annie Geimer, who helped launch the art gallery Understudy, helped establish the monthly residency at Syntax.

Kelly got his start with DJing as a student attending CU Boulder, where he hosted a radio show on the college’s radio station, Radio 1190. It was through the college radio that he met his future collaborator and friend, Matthew Brown, who owns the clothing store FM (formerly known as Fancy Tiger Clothing).

Though his first love is goth and industrial music, “I don’t play much industrial at the Weird Touch parties. I’ve only started to take it deeper, darker and heavier in the last half-year or something.” Kelly has been collecting industrial and experimental left-field records for years now, well over a decade, and many of them have yet to be played in a setting outside of his apartment. 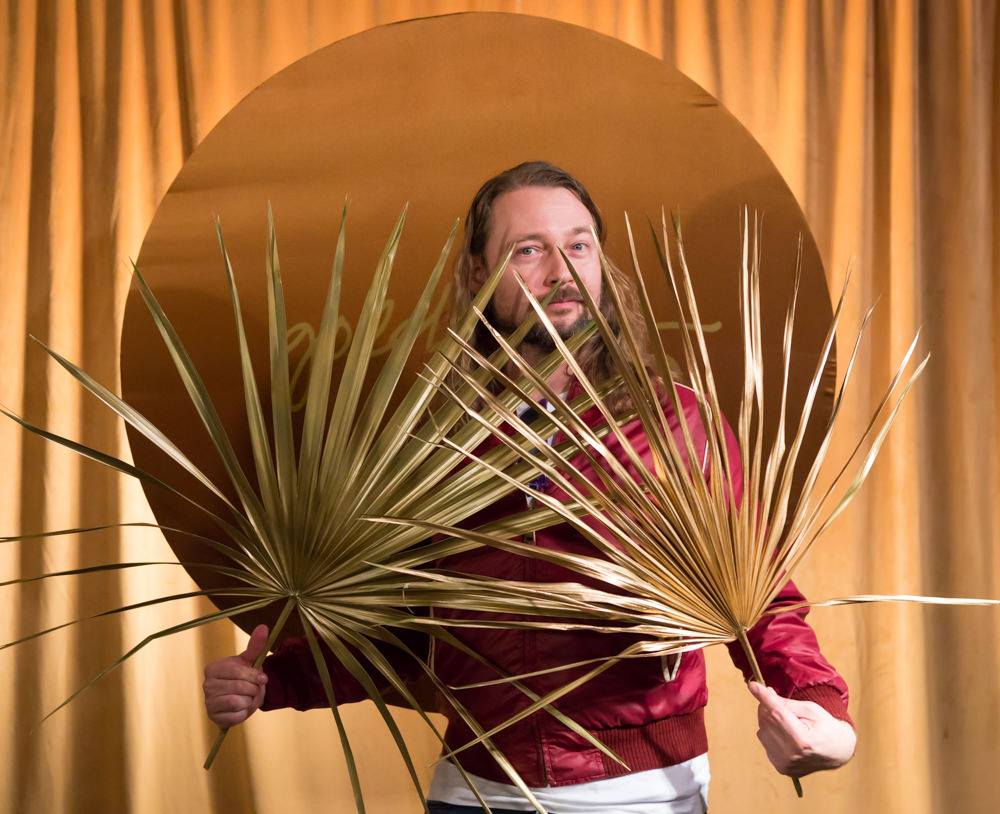 “People — artists, record labels — they’ll just post on Facebook about something they’ve just released,” which is exactly how Kelly ended up holding a copy of Ministry’s live performance in Chicago from 1982. “Only 80 of these [live albums] have ever been pressed, so when I saw that I was like, ‘ahhh I’ll buy two,’” he said.

Kelly frequently buys his records off Juno Records, a vinyl distribution platform. According to Kelly, Juno often has better deals than other retailers he’s come across, and the recommendations, unlike Discogs, are actually worthwhile. Most of the records Kelly plays at Weird Touch are new, and he spends the month between each party digging for new cuts. As a result, Kelly’s sets are multi-varied and bring a refreshing balance between older digs he’s acquired many years before and newer releases.

Weird Touch goes on the last Saturday of every month. For more information check out their website.

Check out Shannon’s Deep Cuts below — he couldn’t pick five, so we gave him 10.

This record was released only last week, on May 24, on the UK-based label Tusk Wax. All releases from the imprint are exclusively vinyl, making it that much more challenging to get a hold of their releases.

released in 2017 on My Favorite Robot Records, this slow acid jam is sure to get even the most stubborn of arms uncrossed.

For someone like Kelly who sounded almost weary of house music, this deep house groove comes as a pleasant surprise. Another fresh off the press release from this month, this track from label-head Kapote is deep, long and absolutely mesmerizing.

Route 8 never fails to satisfy, and this liquid-y jam off of Budapest-based label This Is Our Time certainly works up a sweat on the acid basslines.

The deep-diving analog squelches contrast warmly with bongos touched with reverb in this 2019 release on Russian label Serenades.

With Balearic folk elements layered over a subtle analog ticking drum pattern, this meditative groove carries the tension without ever resolving, which is just so satisfying.

Off of the seminal Long Island Electrical Systems imprint, this March 2019 release seems very fitting in Kelly’s collection. With vocals that sound straight from the 80s, snares that sound like they were recorded live then run through a modulator and warping synths, it would come as no surprise that Kelly included this in his Deep Cuts.

The second EP in Red Axes’ “Trips series,” this track finds the duo exploring the rich rhythms of Vietnam, incorporating traditional instrumentation over a grooving bassline and a synth that sounds very theramin-like.

Again, another telling track from Kelly, this May 2019 release off of Daniel Avery’s label Phantasy has the quintessential acid sound of a Phantasy release, but with the added twist of Terr’s airy vocals and disco-esque strings shining through in short jabs as the track builds.

This track seems to come out of nowhere upon first listen, with its hardcore-influenced kick, almost channeling a gabber sound. The vocals, however, are very much Thrill Kill Kult, which is very on par with Kelly’s sound.