“Yes, Lawd!” — to the many fans left out to dry in the wake of Anderson .Paak’s concert earlier this month, which sold out in record time. Well, the multi-instrumentalist, rapper and crooner has already staked out his much-anticipated return, and it’s a lot sooner than you think. Following his sold-out performance at the Fillmore Auditorium, the “Come Down” singer is slated to hit none other than Red Rocks on June 14 and in a much bigger way. Coming to Red Rocks, alongside .Paak on the “Best Teef In The Game Tour,” will be Earl Sweatshirt and Thundercat, making for one of the summer’s strongest bills at the amphitheater. If that wasn’t enough, .Paak followed this news by announcing his fourth studio album, Ventura, to come out April 14 a mere six months after his most recent album Oxnard. Fortunate for fans who did and who didn’t catch the singer there’s going to be new material for everybody.

Check out our review of Anderson .Paak’s Fillmore performance.

Earl Sweatshirt, hot off the acclaimed, Some Rap Songs, will also make a quick return to Denver, as the MC will hit Cervantes Masterpiece Ballroom for a sold-out performance ahead of his opening duties on April 11. Thundercat — who is an absolute beast of a musician — won a Grammy with Kendrick Lamar for his work on To Pimp a Butterfly and is slated to have a collaboration with .Paak on his forthcoming album. The funk-multi-instrumentalist last performed at the Ogden Theatre in 2017.

While many are caught off-guard by this late-day announcement, .Paak’s forthcoming Red Rocks performance was included in our Red Rocks predictions article shared earlier this year.

Tickets for the upcoming performance will go on sale Friday, March 8 at 10 a.m. via AXS. 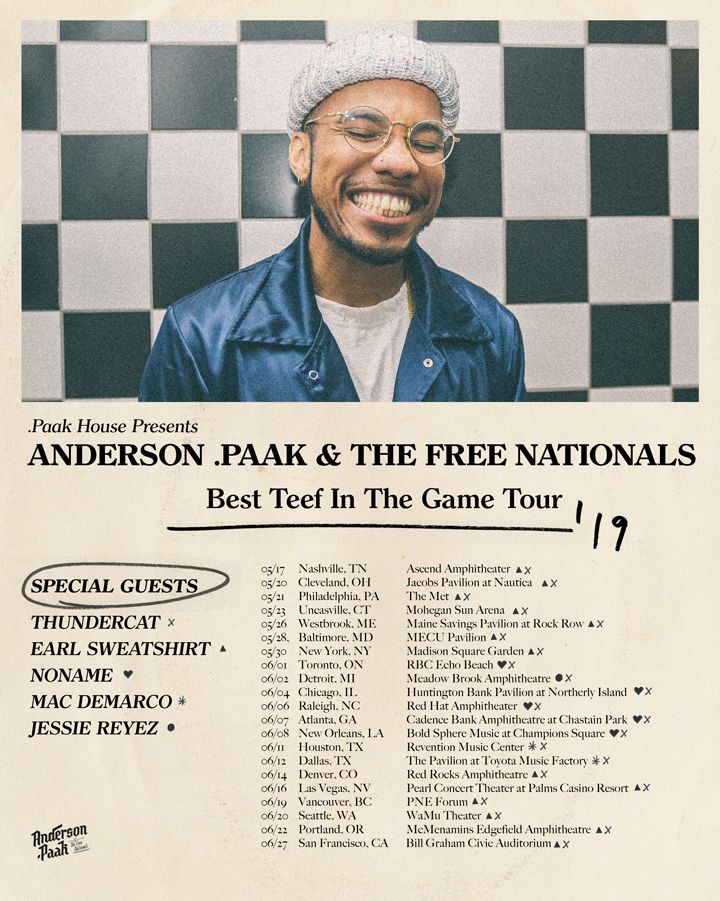