Review – Anderson .Paak And The Free Nationals Took The Fillmore By Storm

At this stage in the game, is there anything that Anderson .Paak can’t do? Rhetorical questions aside, the man is a well-versed multi-instrumentalist — especially when it comes to drums — a singer, rapper and producer, none of which comes at the expense of the other talents. Seeing him live alongside the equally talented Free Nationals, as many did during his sold-out Fillmore stop on the “Andy’s Beach Club Tour” Wednesday night, was one hell of a musical flex if there ever was one. Grooves dropped down like waves breaking over the open waters of the audience, ebbing and flowing in effortless accord – one buoyant beat after another. Fittingly so, “Andy’s Beach Club Tour” had everyone riding Anderson .Paak’s irrefutable wave. 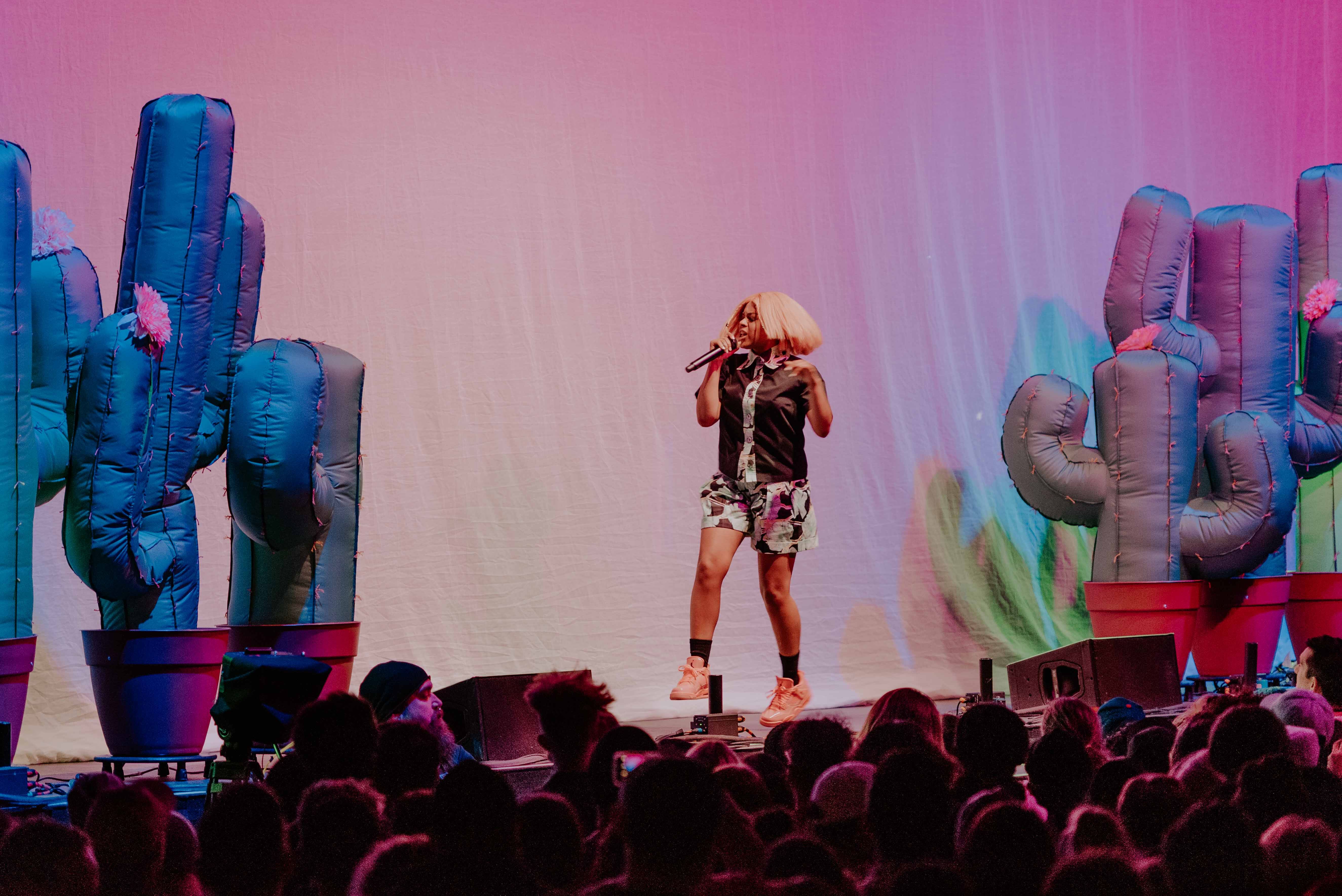 Kicking the night off, singer/songwriter Tayla Parx brought a cool heat to the “Beach.” Parx, a long time songwriter, with co-writing credits on hits like Ariana Grande’s “thank u, next” and Panic! At the Disco’s “High Hopes,” came with a stacked resume and did not disappoint. Parx came through the cut with a unique, sharp voice and unending enthusiasm to deliver. Hitting from her forthcoming album, Parx took a chance on throwing out the unknown, crowd-testing her material in real-time, and even throwing in some of the songs she’s helped write, like Janelle Monáe’s “I Like That.” For the most part, Parx was successful and well-received in her efforts, drawing showers of cheers from the eager crowd. However, although a seasoned writer, it was evident that Parx is fresh-faced in live performance and to a degree, separating the music she creates for others with the music she creates for herself. With a pen game as strong as hers, it’s only a matter of time before she gets there. 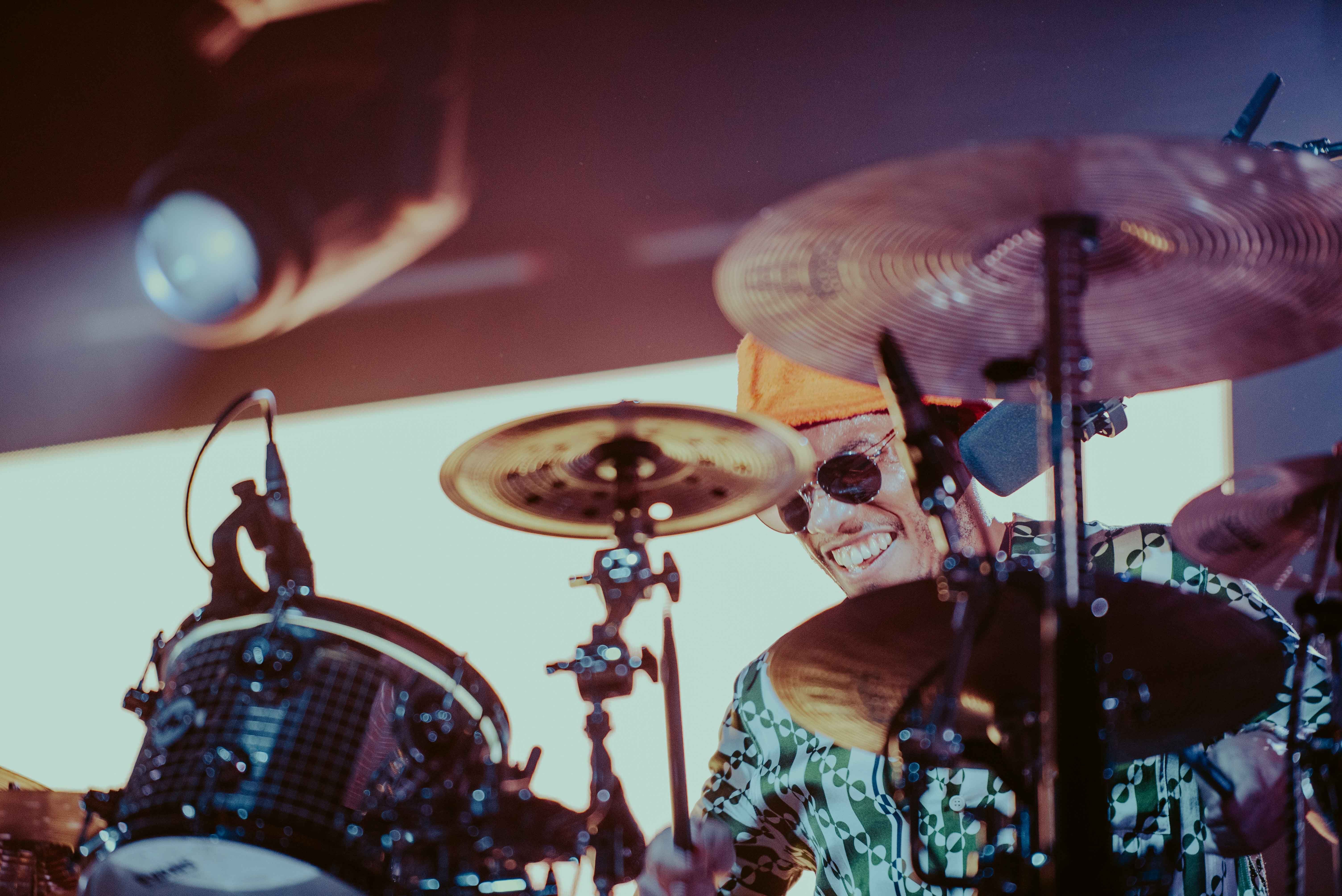 As soon as Parx concluded, a palpable surge shot through the audience, as everyone awaited Anderson .Paak’s arrival. When the lights eventually fell, a translucent screen in front of the stage was enveloped in the red silhouettes of Anderson .Paak and the Free Nationals jamming away to “The Chase” in a psychedelic furry. Paak, solo, emerged from behind the curtain, to get the crowd hyped to “Who R U?” before letting the crowd experience the full breadth of the Free Nationals, dropping the curtain and kicking up dust with the recent Grammy-winning “Bubblin’.” With an orange bucket hat and matching beach shirt and shorts,  he came out looking as if he’d lounge in the sun, but instead, he geared up to scorch the stage. 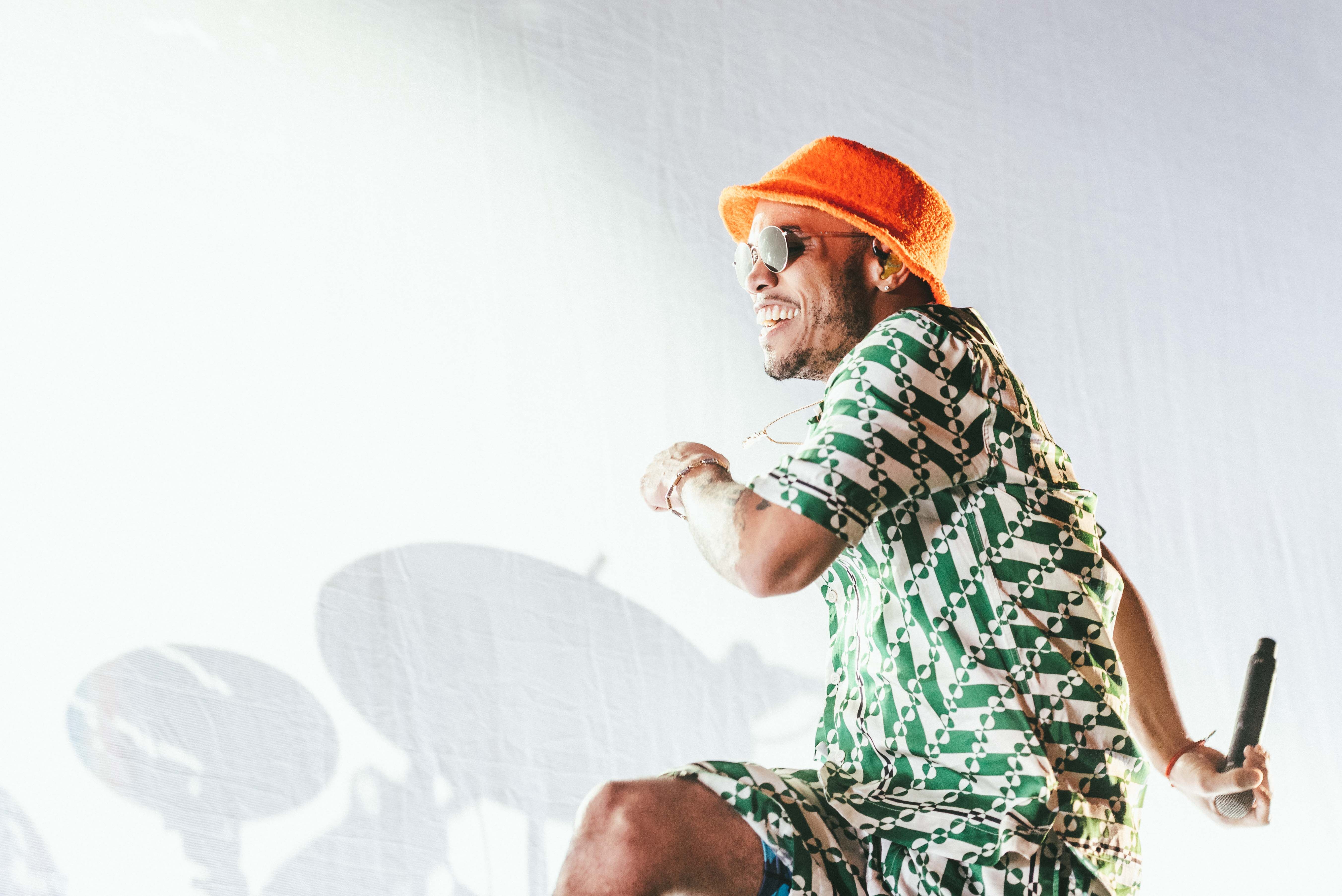 Primarily rotating through the three projects in his arsenal, 2014’s Venice, 2016’s Malibu, and this year’s Oxnard, .Paak carved out something for his fans at each level of his rising career. High-frequency rap verses flowed into smooth serenades and funk flashes with Anderson .Paak ascending different levels of the stage darting between drum set and mic. The Free Nationals, never a band to be understated, tore up alongside .Paak, proving themselves far more than a backing band. The musician even dipped his toes into his NxWorries collaboration “Suede.” Going with the flow, the audience gladly rode .Paak’s wave wherever it went.

The closer the concert came to its inevitable end, the more cacophonous the calls were for an encore. Whether it be the ending notes of “Tints” or the touching Mac Miller tribute to the tune of “Dang!,” the audience begged for one more go, one last feeling to catch, one last groove to take root., and Anderson. Pakk would deliver. Nothing says it better than the resounding “Yes, Lawd” that swallowed the room, capsizing everything, but the man himself — Anderson .Paak