While mall Santas look pretty convincing around the Denver metropolitan area, they don’t hold a candle to the ones at the North Pole. The North Pole in Colorado that is — located at a hangar hidden in farmland off Peña Boulevard outside Denver International Airport (DIA). We’re not sure if Santa’s headquartered here to use Blucifer’s glowing red eyes to lead his sleigh, but whatever the case — this past Saturday morning, 94 children from five charitable organizations in the Mile High City got to fly United Airlines’ Fantasy Flight, a direct flight to the North Pole. Here they met Santa Claus, his elves, Mrs. Claus, Elsa and other magical helpers before they each got a bag full of presents. 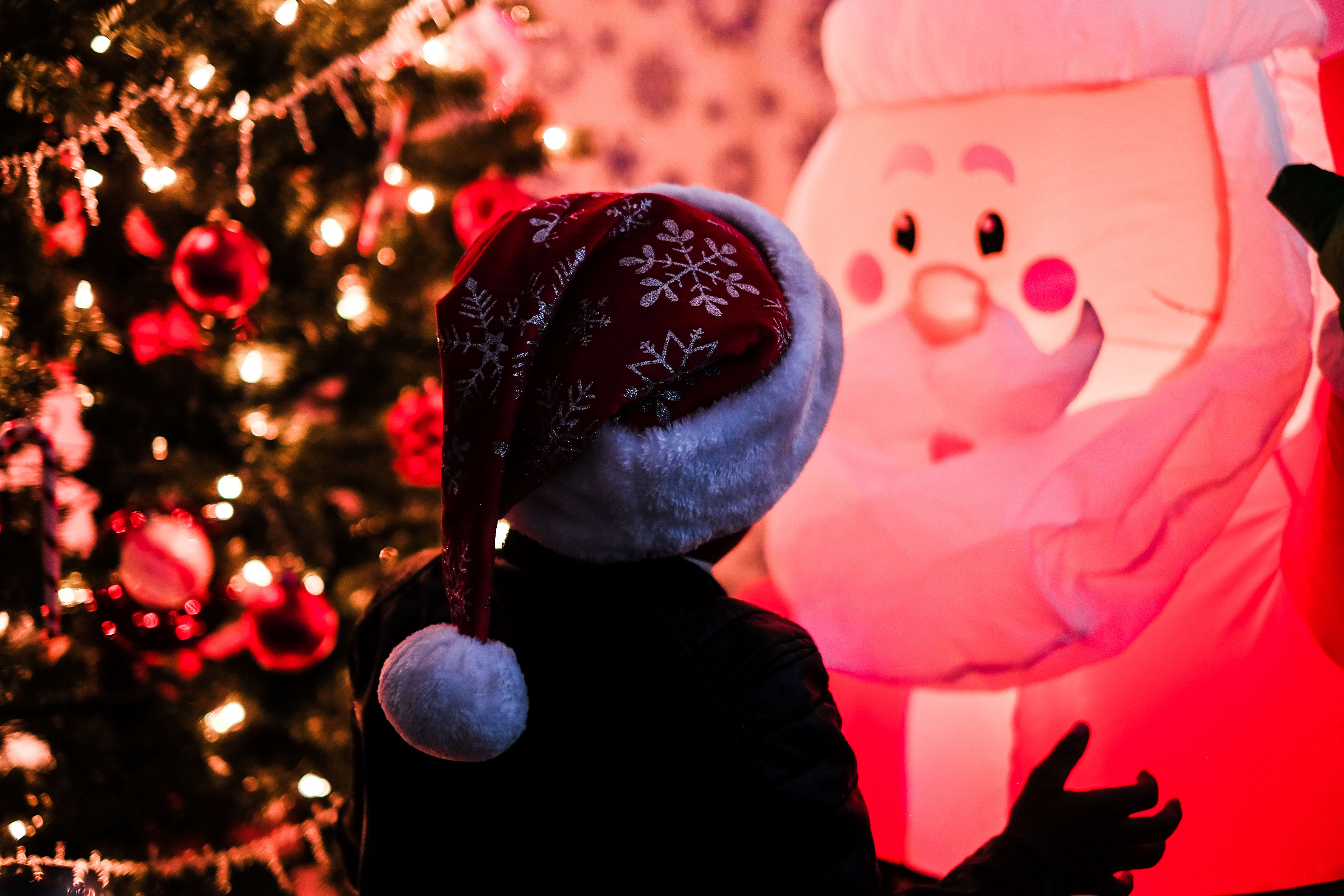 This is the 25th year the Fantasy Flight has departed from DIA, and one of the 16 flights that take the magical journey nationwide. Children from Make-A-Wish Colorado, Children’s Hospital Colorado, Best Buddies, Warren Village and Buckley Air Force Base and their families got a once-in-a-lifetime chance to receive the special boarding pass. The group then celebrate at the gate inside the airport before getting on the flight decked out in ornaments, lights, tinsel, snowflakes and other Christmas-themed décor.

Although the flight attendants informed passengers that they were flying over Canada directly en route to Santa’s workshop with window shades down, the United plane actually flew south toward Pueblo, east and then back north to land at the hangar that was magically transformed. The flight lasted a total time of 45 minutes and the kids got Happy Meals from McDonald’s and watched Frosty the Snowman dance down the aisle.

It was only a short, one-way flight, but the faces of pure excitement on the kids were worth the extra miles when they all walked down the plane steps to see dozens of elves waiting to escort them to meet Santa. It’s inspiring as an adult to know every single elf and costumed character at the hangar was actually a volunteer. 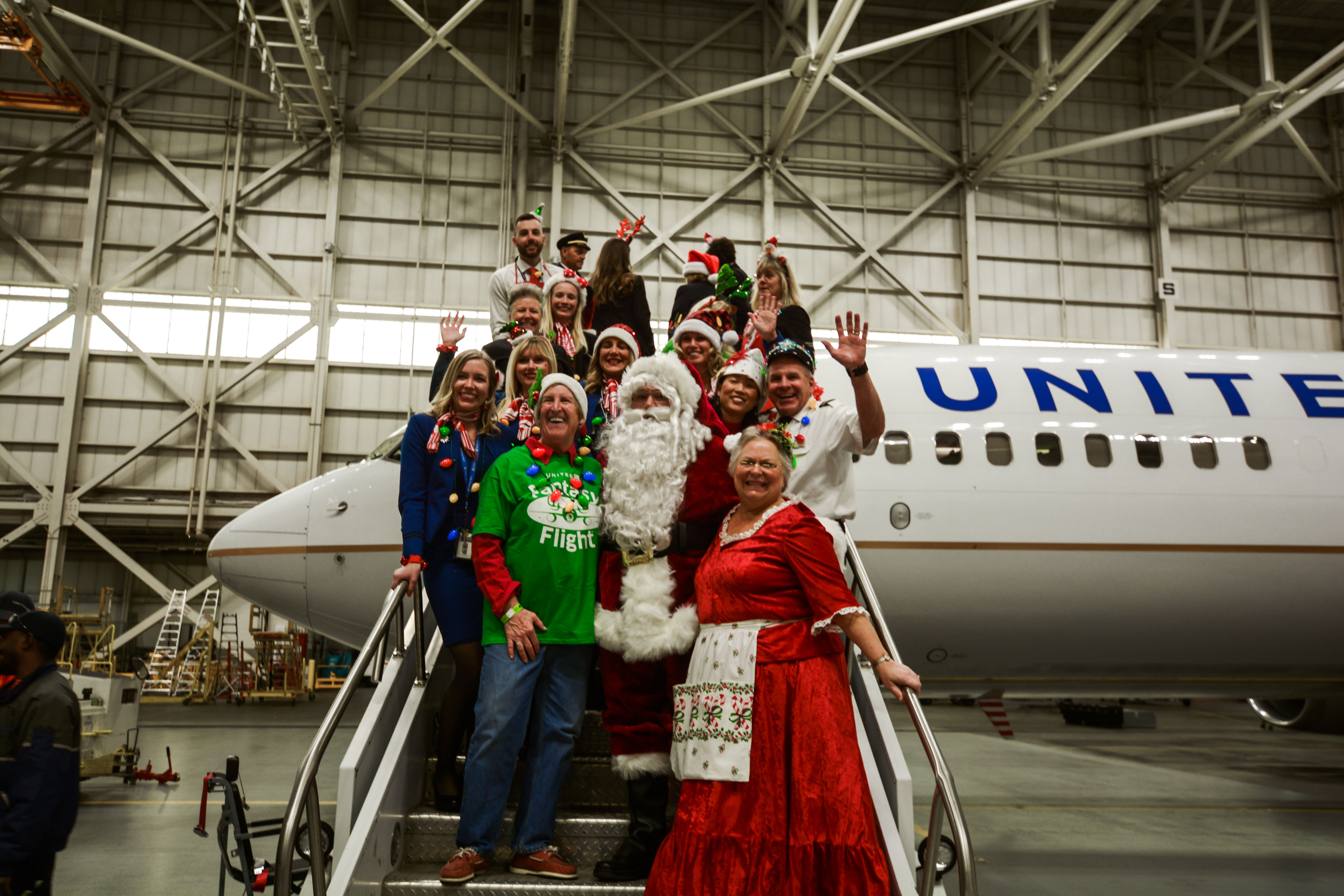 Ann Clemenson, Operations Shift Manager for United Airlines, has been working on the Fantasy Flight for roughly 10 years, and she says every year the turnout for helpers is incredible. They have all been working hard on the project since September.

About 140 volunteers helped plan and execute the Denver Christmas flight to the North Pole, and personally bought all the gifts for the kids using their own money and wrapped them using a special list made about each kid including his or her favorite color, clothing size, Christmas wish list and special interests. Each kid’s sponsor could only spend a maximum amount of $75, but they ended up raising more money for presents than they anticipated.

“We had so many volunteers this year that wanted to sponsor a kid we were able to take a whole van load [of presents] to Warren Village and we were able to sponsor I believe 20 extra Make-A-Wish kids. They didn’t get to come [on the flight], but we were able to send presents there. I believe Santa is going to go there and give them out. We also had an orphanage we worked with [Mount Saint Vincent] and we sponsored 40 kids with them,” Clemenson said.

As for the cost of the flight itself, Clemenson said everything is funded completely by United.

Danielle Short told 303 since her son Micah was selected by the Rocky Mountain Down Syndrome Association to be a passenger on the Fantasy Flight, he wasn’t able to stop talking about it.

For Short, it means a lot that they get to experience something happy during difficult times.

“There’s a lot that’s challenging about our day-to-day life. He’s a leukemia survivor, and he’s had two and a half years of chemo treatment. We have a lot of challenges right now at school and other health challenges. So it’s really cool to do something that he’s excited about. We’re going through a lot of rough stuff and this is the positive,” she said.

Micah’s smile was huge when he got his bag filled with presents. For United, it’s another year’s success. It’s their official way of saying “Merry Christmas to all and to all a good flight.”

All photography by Enrique Parrilla.