If you haven’t been to RiNo in a while, it might look like a different neighborhood the next time you swing by. That’s because this week, the walls and alleys are being reinvented by nearly 100 artists during the eighth annual CRUSH street art festival. But unlike the previous seven years, this year’s CRUSH includes a list of events and “happenings” beyond the walls and inclusive of more than just your typical mural or piece of graffiti writing. In fact, there’s so much going on this upcoming week and weekend that we decided to break it down. Read on for some suggestions of what not to miss with all the extra programming at CRUSH this year. And don’t forget to check out the list of artists we are excited to see paint.

Bring Your Own Beamer 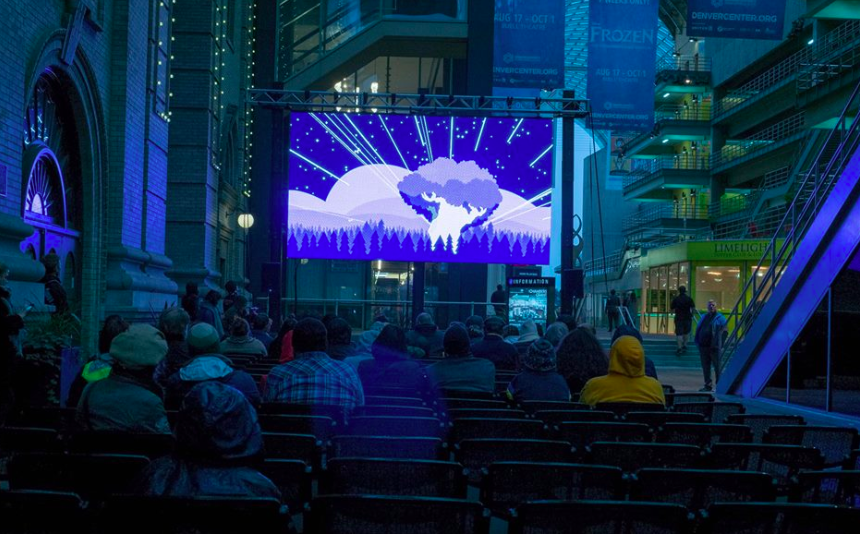 The Lowdown: The Denver digital animation festival SUPERNOVA is partnering with CRUSH this year to produce a one-of-a-kind event to celebrate the transition phase between existing murals and murals soon-to-be. In the street art world, the term for erasing or painting over a mural or piece of graffiti is called buffing, and on Monday night, before the freshly buffed walls in the main CRUSH alley are re-painted, 10 or 11 digital animation artists will set up projectors to “beam” temporary art onto the walls. The artists will be Ben Efram, Ryan Wurst, Kenda Fleischman, John Morrison, Laura Hyunjhee Kim, Travis Powell, Michael Sperandeo, Sarah Richter, Drew Austin, Lares Feliciano and (maybe) Zachary Barnes-Fagg. Wurst will also DJ the event with one of his special personas. 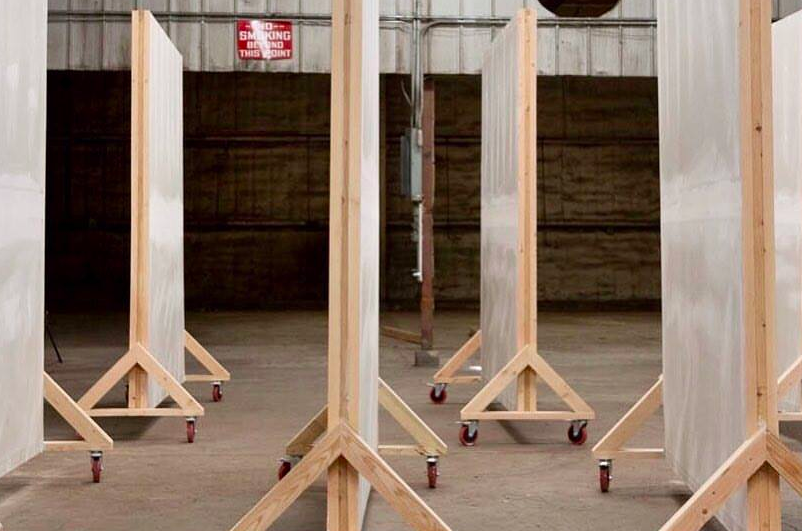 The Lowdown: For the first time, the Juxtapoz Clubhouse will travel beyond Miami, coming to our very own Mile High city during CRUSH. Usually, the Clubhouse happens during Art Basel (an internationally-recognized art fair for serious collectors and artists) and showcases well-known artists. Though they haven’t clued us in on what exactly to expect with this new Denver clubhouse, we do know it will be a “massive and immersive art installation including live performances and site-specific works” according to the event page. We’ve also been teased with bar service from RiNo Yacht Club and a two-story New Belgium beer trailer. The Clubhouse will host a festival opening party (“Let’s CRUSH it!”) on Tuesday, September 6 from 6 p.m. to 2 a.m. and will include DJs from the upcoming Grandoozy festival. 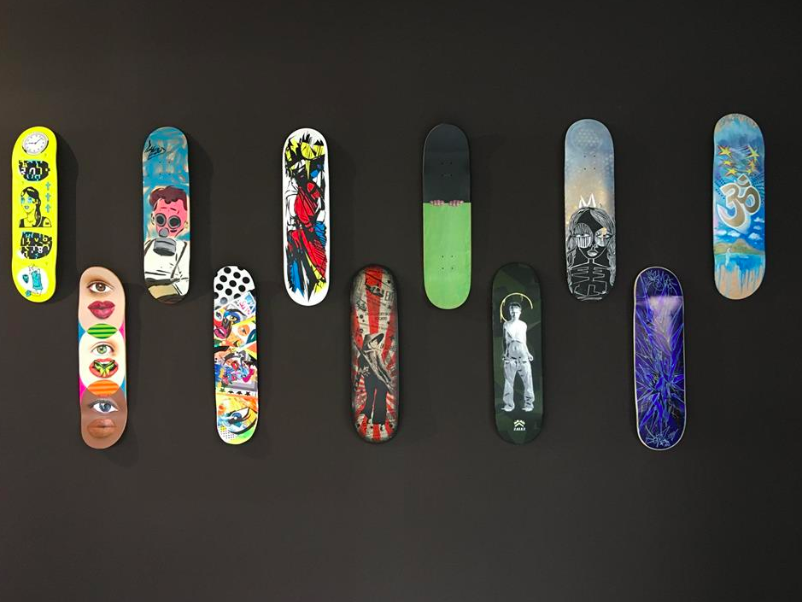 The Lowdown: Inspired and animated by Jean Claude Geraud, a French skateboard ambassador, this special workshop will show participants the world of skate deck painting and drawing. Not only will this workshop illuminate a lesser-known artistic side of skateboard culture, it might inspire local skaters to create their own designs or seek out local artists who already create custom decks. 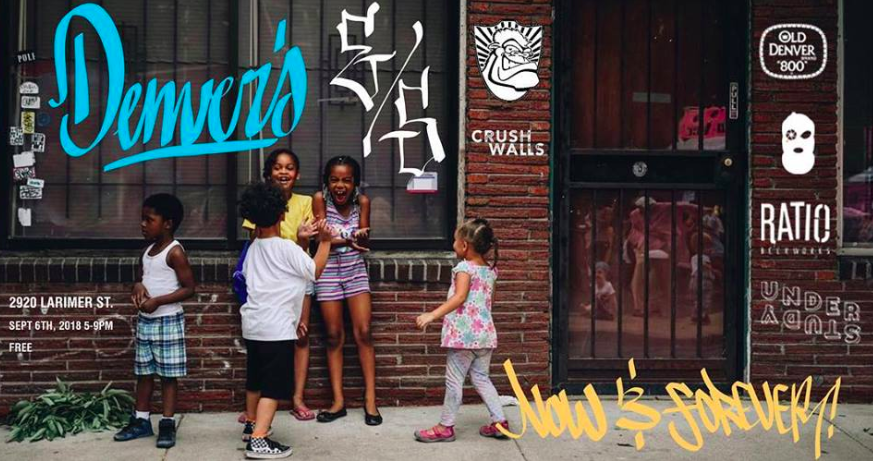 The Lowdown: With the proliferation of street art in RiNo — and the nearly explosive growth of CRUSH itself — questions and concerns about gentrification and the quickly-transitioning landscape of the area have been high on everyone’s mind. So on Thursday, several local organizations and businesses are partnering together to present a photography exhibit of Denver’s east side in the last decade, with the “aim to create a dialogue around gentrification, community, culture, responsible growth, and change in Denver’s ever-evolving neighborhoods,” according to the event page. The photography is from Theyshootn and Old Denver and the exhibit is put together by the artistic incubator Understudy along with Ratio Beerworks. 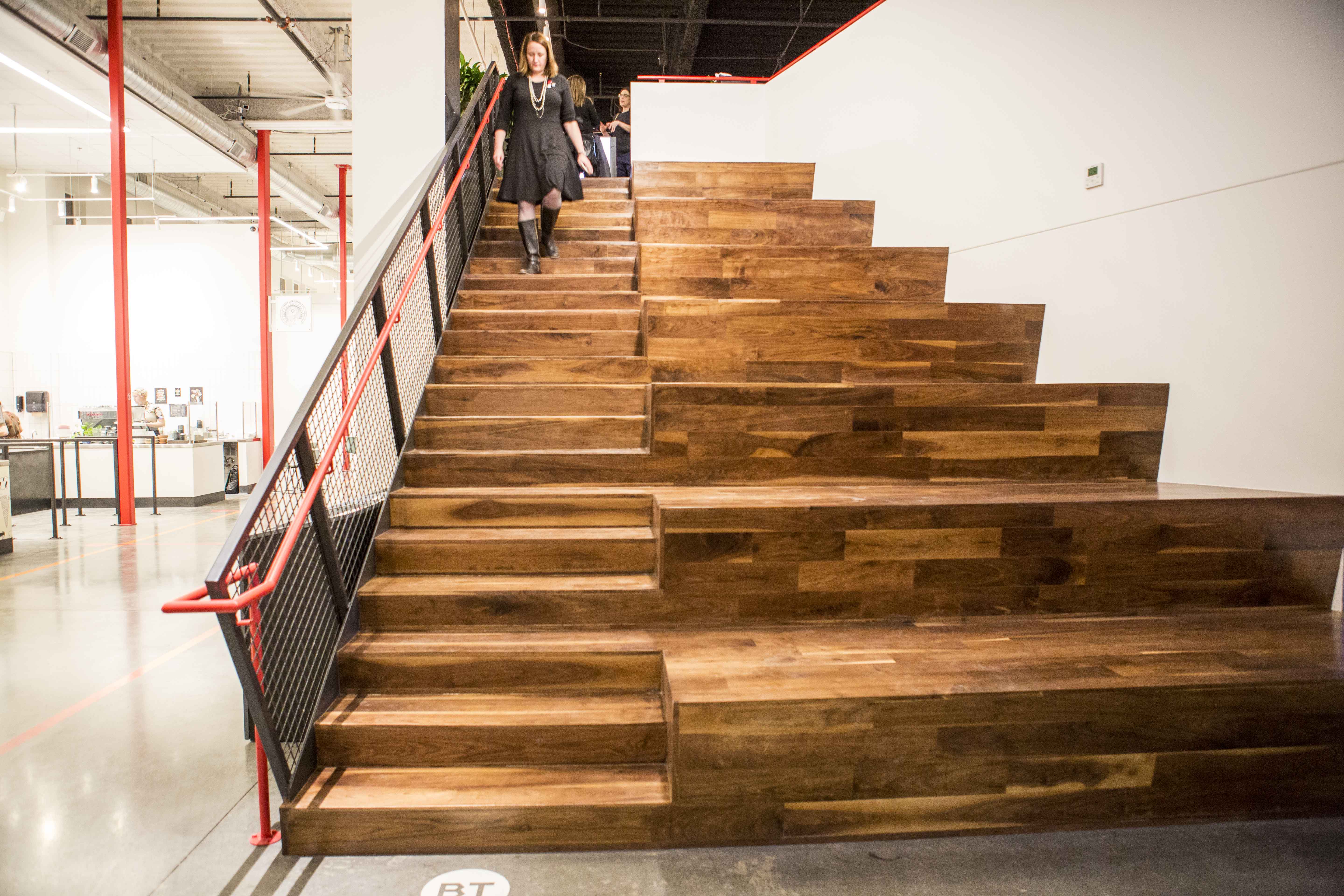 Stairs up to Big Trouble. Photo by Amanda Piela

The Lowdown: Street art and music go hand-in-hand, as a lot of graffiti as we know it evolved in conjunction with the rise in hip-hop. So it comes as no surprise that CRUSH has wrangled in a few different music-related events this year. But what does come as a surprise is the special “artist DJ set” on Thursday night. Hosted by Big Trouble, there are no clue as to who the special DJ might be. As the Facebook event page says, “can you guess who it is?” Seriously though, if you guess, let us know. 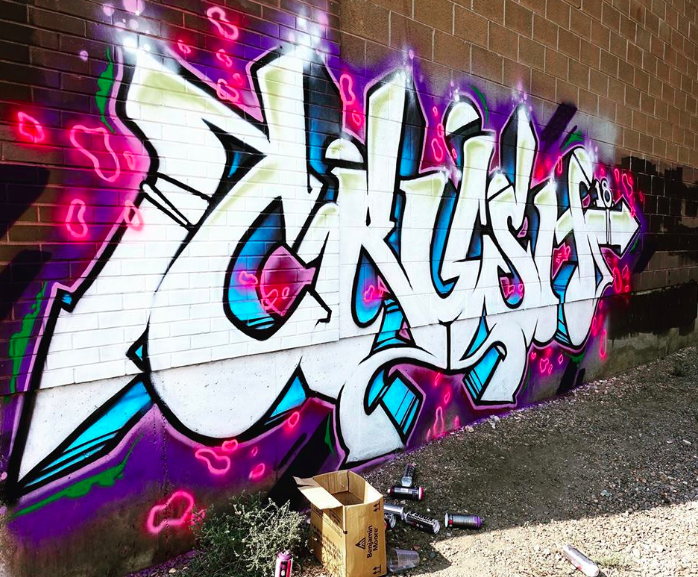 The Lowdown: For the first time in CRUSH history, fans of Denver street artists can go home with a piece of their favorite artist’s work. As First Friday is already a big deal in Denver’s art scene, it only seems appropriate for the street artists to crash First Friday in RiNo, showcasing work indoors as the sun goes down. The most notable artist to catch at this First Friday is CRUSH founder Robin Munro. Look out for stickers, t-shirts, prints, photographs and more. 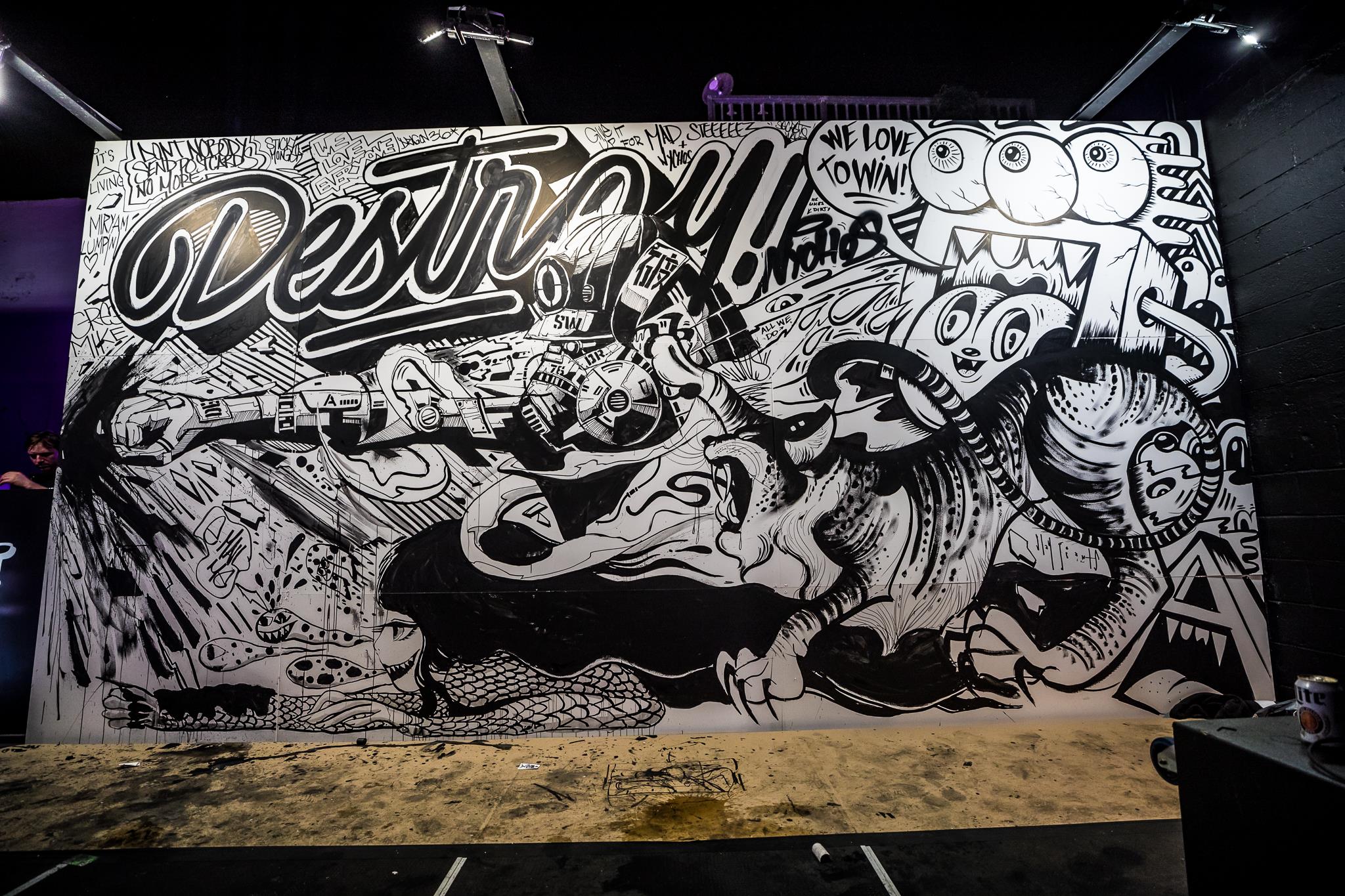 The Lowdown: For over 12 years, Secret Walls has led the street art world in illustration battles, with live-action events that pit two teams of artists against each other with only black permanent markers as their tools. With only 90 minutes to create a composition, the two teams must work together with no prior planning or prepping. For the Secret Walls event in Denver, we’re excited to see what local artists are included as much as we’re excited to see the ones who come along for the head-to-head competition. But, you’ll have to see for yourself since the lineup of artists is — you guessed it — a secret. 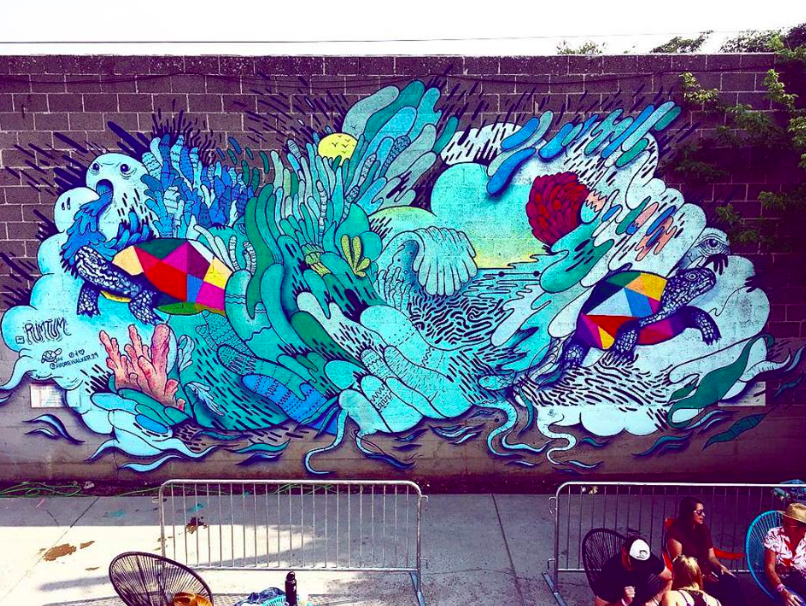 A mural by Rumtum. Photo courtesy of Rumtum on Facebook

The Lowdown: After the secret DJ show at Zeppelin Station on Thursday night, head back to the east side of RiNo for a free show at Larimer Lounge. Felix Fast4ward and Neon Brown will open up for local musician Rumtum (real name John Hastings). But what makes this show especially neat is that Rumtum is also a participating artist at CRUSH. In the entertainment world, that’s considered a double-threat at least, we think. Plus, the show is free as long as there is room for you to stand. And even if you have to wait outside for a bit, you’ll be surrounded by fresh paint on the walls and in the alleys. 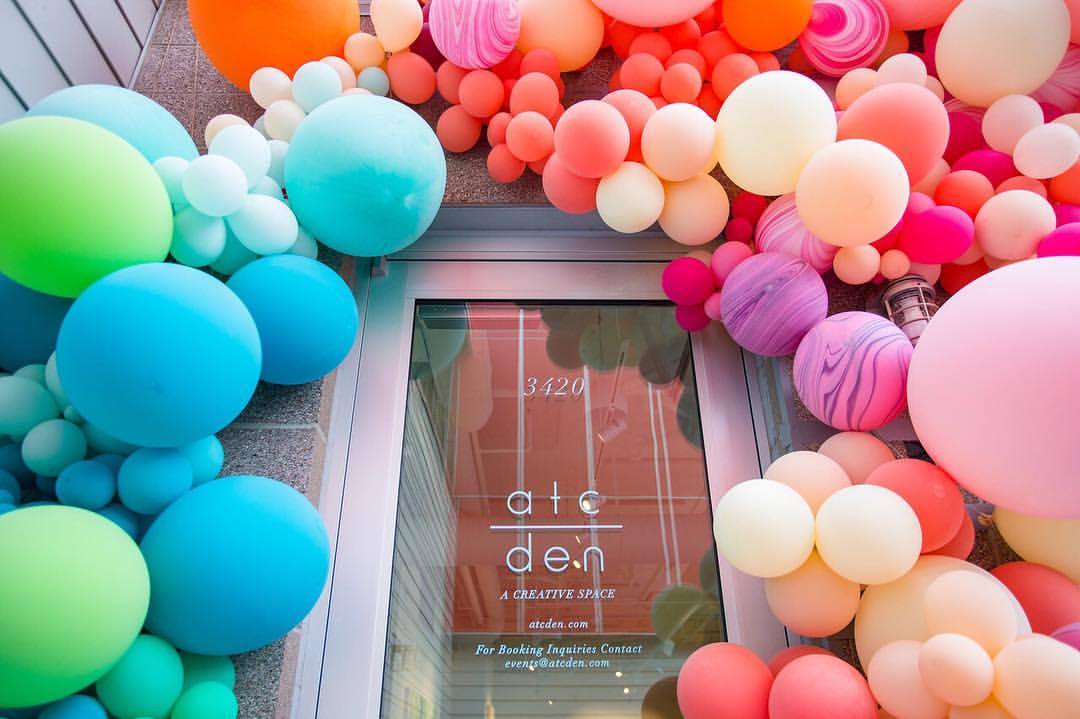 The Lowdown: Gallery-owner and artist Laura Krudener opened ATC DEN in July last year. This year she will not only paint a mural for CRUSH, she’ll also host a special happy hour event on Saturday. The happy hour is in celebration of the special exhibits by other CRUSH-participating artists Jason Garcia and Endangered Activism (consisting of Devon Galpin Clarke and Shannon Galpin). Krudener’s mural will be found on the side of ATC that faces Larimer Street. Both Garcia and Endangered Activism are known for creating art that embodies their passion over certain issues, and when you pair that with complimentary cocktails, you’re sure to find some interesting and enriching conversation.

If Walls Could Talk 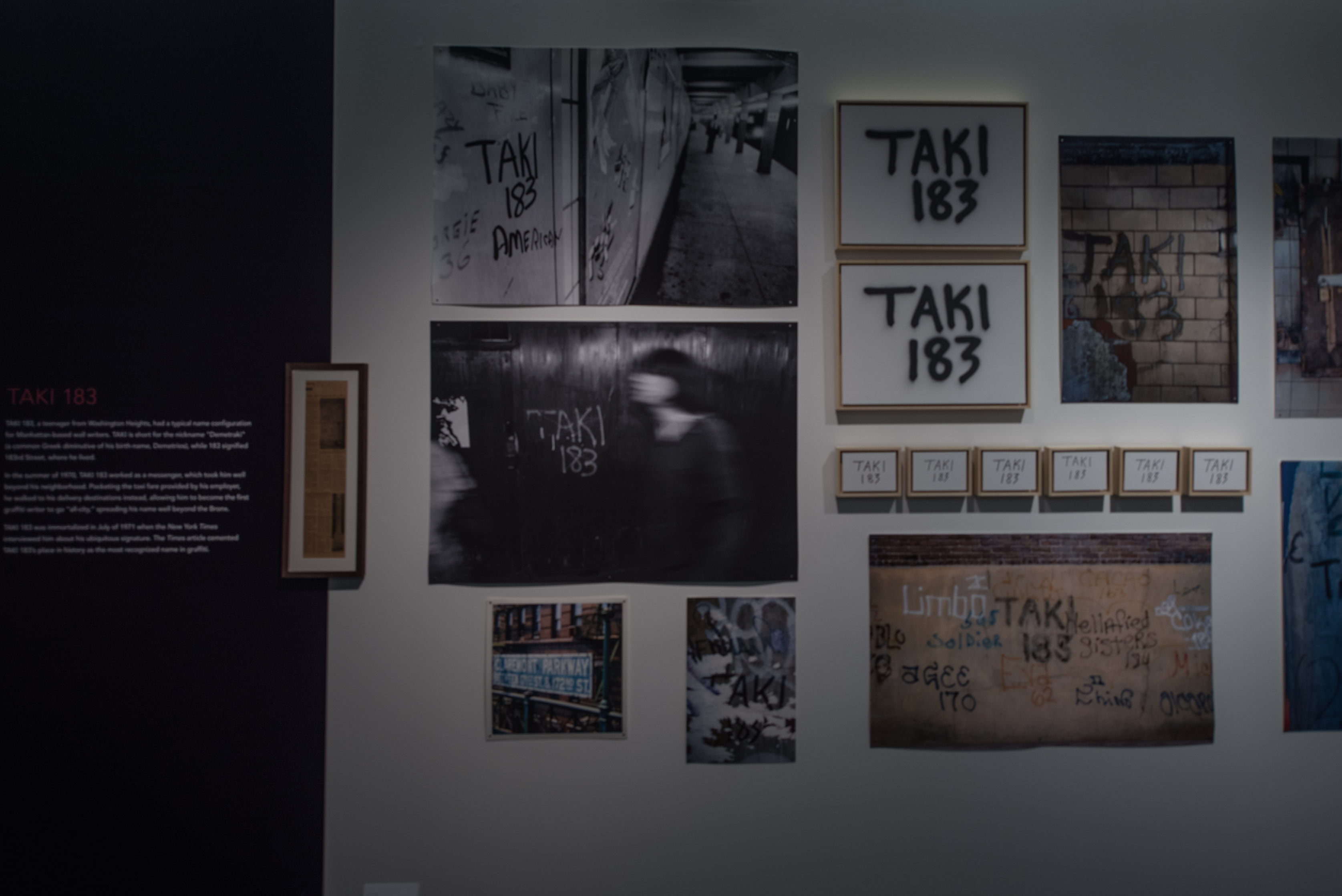 From “Wall Writers” at MCA Denver. Photo by Nick Annis

The Lowdown: On the final day of CRUSH, after all the murals have been completed and the events are almost over, the screening of the film Wall Writers accompanied with a panel of legendary street artists to answer all your questions will be the ideal way to end the week-long festival. The film, directed by Roger Gastman, explores the birth of graffiti in the late ’60s in New York and Philadelphia and features interviews with some of graffiti’s true pioneers like TAKI183. An exhibit born from the documentary and accompanying 350-page book was on view at the Museum of Contemporary Art last year. The panelists for this screening include three pivotal Denver graffiti and street artists, Robin Munro, Patrick Kane McGregor and Jher, among others.