“It’s like Nat Geo for the streets.” Smiling with pride, photographer Armando Geneyro speaks of his hashtag-turned-community-organization. Theyshootn, which began as a clever pun from a Nas song, is now an international photography community thanks to the simultaneously artistic and philanthropic brains of Geneyro and Blake Jackson. The Theyshootn hashtag, which has evolved into a full-blown artistic community-based in Denver, has been used over 70,000 times.

In fact, Geneyro’s initial use of the hashtag three years ago is partially what inspired Jackson, a fellow photographer and close friend, to pick up a camera in the first place. “I saw him using the tag and I was like shit… I kind of wanted to emulate what he was doing,” said Jackson. “I started using it, and with our powers combined…other people started using it and it just kind of developed this whole identity on its own.” It’s since become much more than just a hashtag — it’s a way to connect like-minded artists in Denver and beyond. 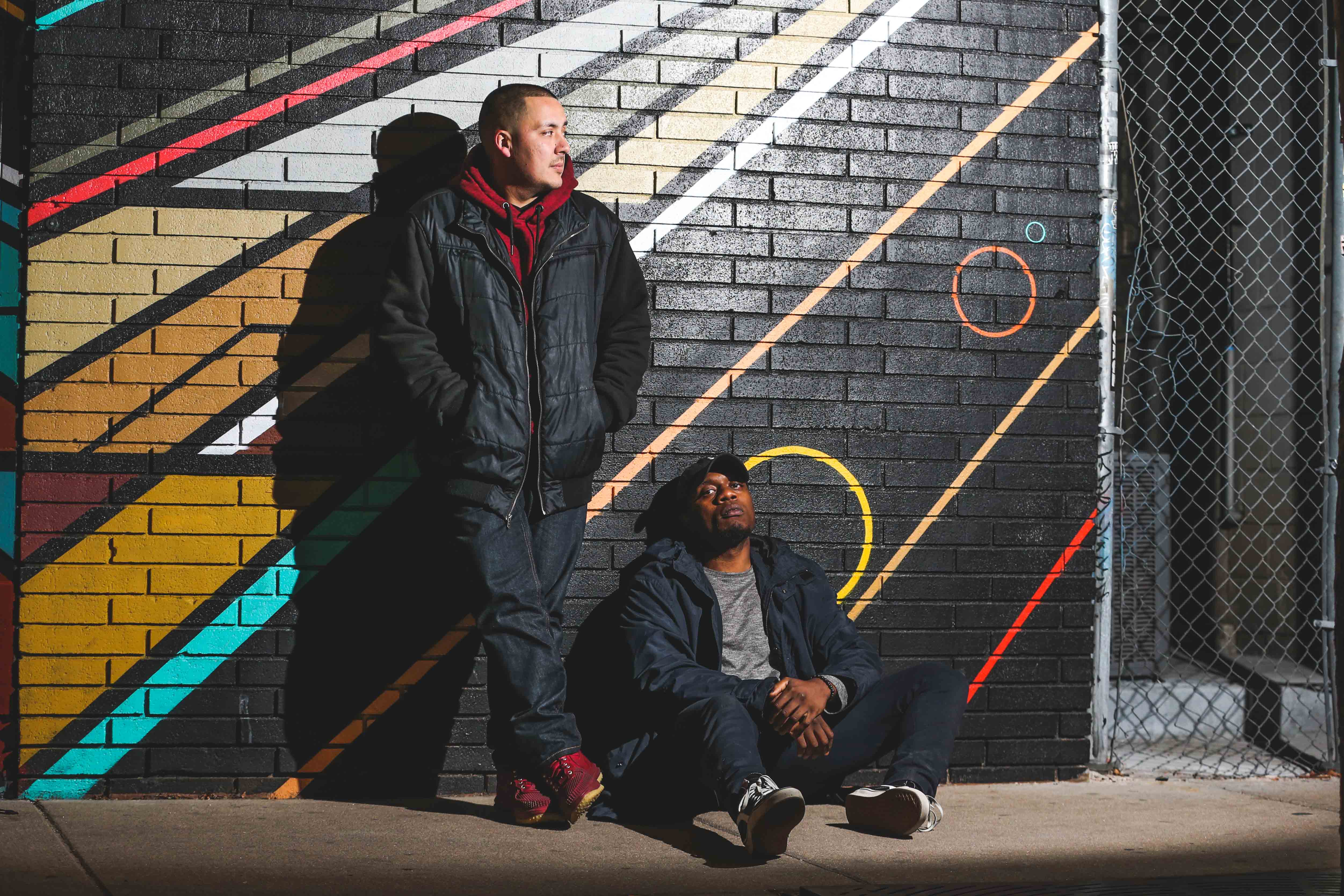 The Theyshootn Instagram page features photographs that have used the #theyshootn tag and are curated mostly by Geneyro. For him, Theyshootn is about much more than beautiful photos — it’s about the stories within in the sometimes less-than-beautiful moments that they capture. “It catches my eye depending on the realness,” he said. “You can just feel it emotionally when you see a photo that’s so candid, unpolished, but still looks amazing.”

This realness is at the core of the Theyshootn vision — Geneyro and Jackson aim to bring the stories of the Denver streets to life through photography and provide a platform for the city’s artists that are already doing so. “You don’t look at Denver as a hub to tell stories at an urban level,” said Jackson. “Something that we hold very, very near and dear to our hearts is that we’re able to lend a voice to outside of what people would think of Denver for.” Jackson explained that most often when people think of Denver, they think of mountains and striking outdoor scenery, especially in terms of photography. Theyshootn shifts this narrative and celebrates the 303’s urban community while also sparking discussion about some of our city’s somewhat ugly realities.

One of these realities — Denver homelessness — was the focus for Theyshootn’s most recent event, Winter in America II. Just as with the Instagram page, the exhibit featured work from photographers who used a certain hashtag, this time being #WIA2. The photographs, 14 of which were printed and put up for sale, focused on the themes of poverty, community relations with law enforcement and political discontent.

For the event, the duo also curated a slideshow of 100 photographs selected from 550 submissions and featured local musicians at the exhibit. However, Jackson recalled that “the artwork was almost secondary to the donation factor” — in place of an admission fee, the duo asked that folks donated a piece of warm clothing as a part of their Hoodies for the Homeless initiative. A fellow photographer, Robert Patrick, came up with the idea as part of the first Winter in America exhibit, and they hope to continue it as tradition. “Anything going forward, I think we want to make sure we have some sort of philanthropic angle to it,” said Jackson.

While its genesis was embedded in a phone screen, these kinds of community events are the truly the heart of Theyshootn. Jackson and Geneyro set out to use the Instagram page as a jumping off point for Denver’s artistic community to come together in the name of helping the city and celebrating the parts of it that sometimes go unseen. Whether it be the Winter in America exhibits, photography scavenger hunts or events like Beats and Barbecue, in which photographers had to find ways to combine both food and music in a photograph, Theyshootn is bringing people together with heart.

“A lot of us will never get to be featured in a national exhibit or a national publication, and it’s not because the photos aren’t amazing, it’s just because they just aren’t able to access that platform for some reason or another.” 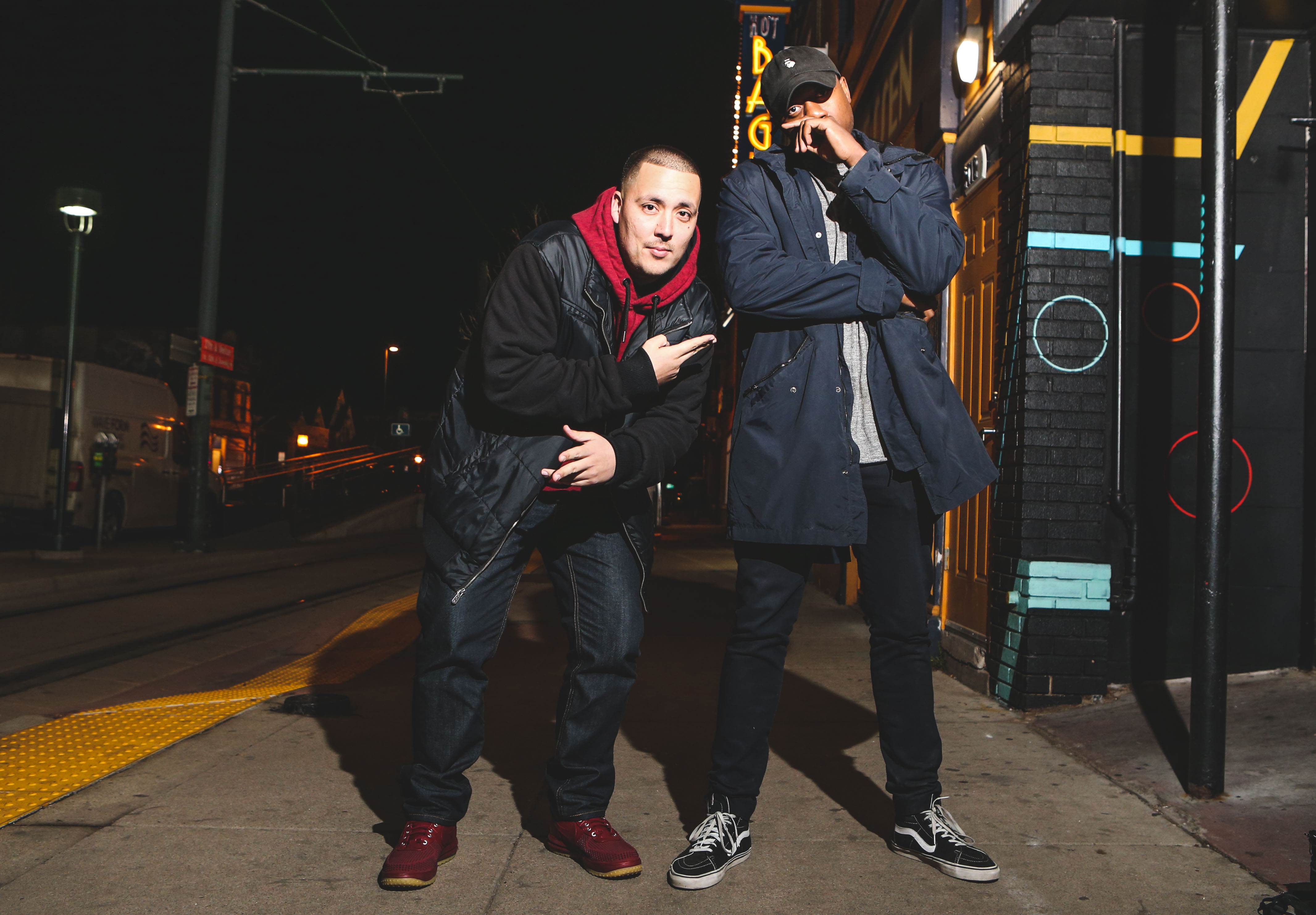 Both Geneyro and Jackson note that one of the most rewarding elements of Theyshootn is being able to provide a platform for other artists who might not have the same opportunity elsewhere. “A lot of us will never get to be featured in a national exhibit or a national publication, and it’s not because the photos aren’t amazing, it’s just because they just aren’t able to access that platform for some reason or another,” said Geneyro. Theyshootn is providing that space, especially for the images chosen to be printed and sold at their exhibits. For Jackson, he said that “being able to put people on has been the coolest part” for him, and he envisions the two of them eventually stepping back and not even featuring their own work.

As the Theyshootn community continues to grow, Jackson and Geneyro will keep planning events like the Winter in America series, but Jackson said that they “want to focus on how we can benefit our community more.” He explained the possibility of teaching photography workshops at local schools and noted that if he would have been introduced to photography at a young age, it would’ve changed his life. “For me, battling the demons I had my entire life, I know that photography has helped battle those for me and given me a direction,” he said. “If photography can save my life, I think it would be great to spread that grace to other people as well.”

One photo at a time, Theyshootn is changing the way we define our city, and its true spirit is easiest to understand when in the presence of Geneyro and Jackson. Their passion for their craft and pride in each other radiates in their interaction — Jackson credits Geneyro for his pursuit of photography and Geneyro still remembers the day Jackson bought his first camera — and it pours into the entire entity of Theyshootn. Short time spent with Geneyro will tip you off to the fact that he’s a true hip-hop man, from his analogies to the culture to the creation of the Theyshootn name. This makes sense, then, to consider that the concept of Theyshootn is as hip-hop — and as human — as is gets: unifying people through authenticity and art while expressing the raw, untold stories that are too often overlooked, and it’s a beat that our city’s ears are keen to right now.