Creatives and fashion enthusiasts met up at The Melon Gallery for the launch of the biannual fashion magazine, Soft & Shallow’s third issue — Wet Ruffles — a fashion experiment and look at male platonic intimacy and what it means. Creators Alexander Ablola and Merideth MacNicholas had a few questions on their minds — “What does male intimacy look like?” and “Why don’t we see more intimate relationships between men the way we see it with women?” These questions prompted the entire project. Ablola and MacNicholas utilized both their fashion styling talents and photographic skills to capture these questions with romantic visuals. The launch event also included a stunning video directed by Micah Schultz, which will be released to the public next month. The video featured models in both rough and rugged settings combined with intimate fashion moments that included a gang of boys dressed in crimson red tulle. 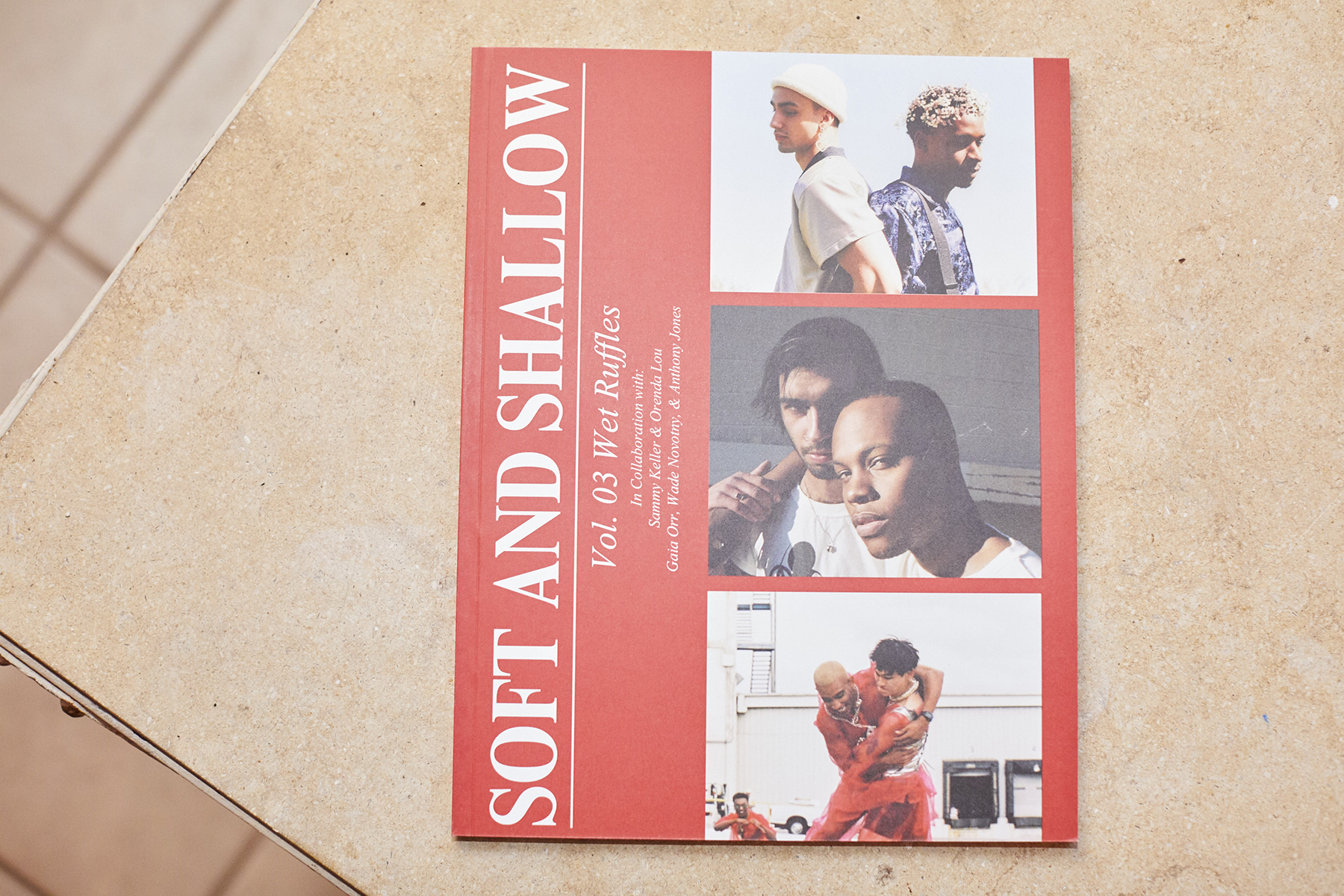 The printed version of the magazine was on sale throughout the night for guests to splurge on.

MacNicholas, the stylist whose work is included in the issue, was inspired by her creative counterpart and used his questioning as fuel for the looks that she put together. “I wanted to do this project, mainly because of a conversation me and Alex had about male relationships he’s had that hadn’t been as intimate as ones that I have had with other women,” MacNicholas explained. “I’ve been lucky to have a lot of close relationships with females, specifically, that are incredibly intimate and physical but I’ve never been worried about it as a taboo thing and I’ve been really lucky to have that,” added MacNicholas. 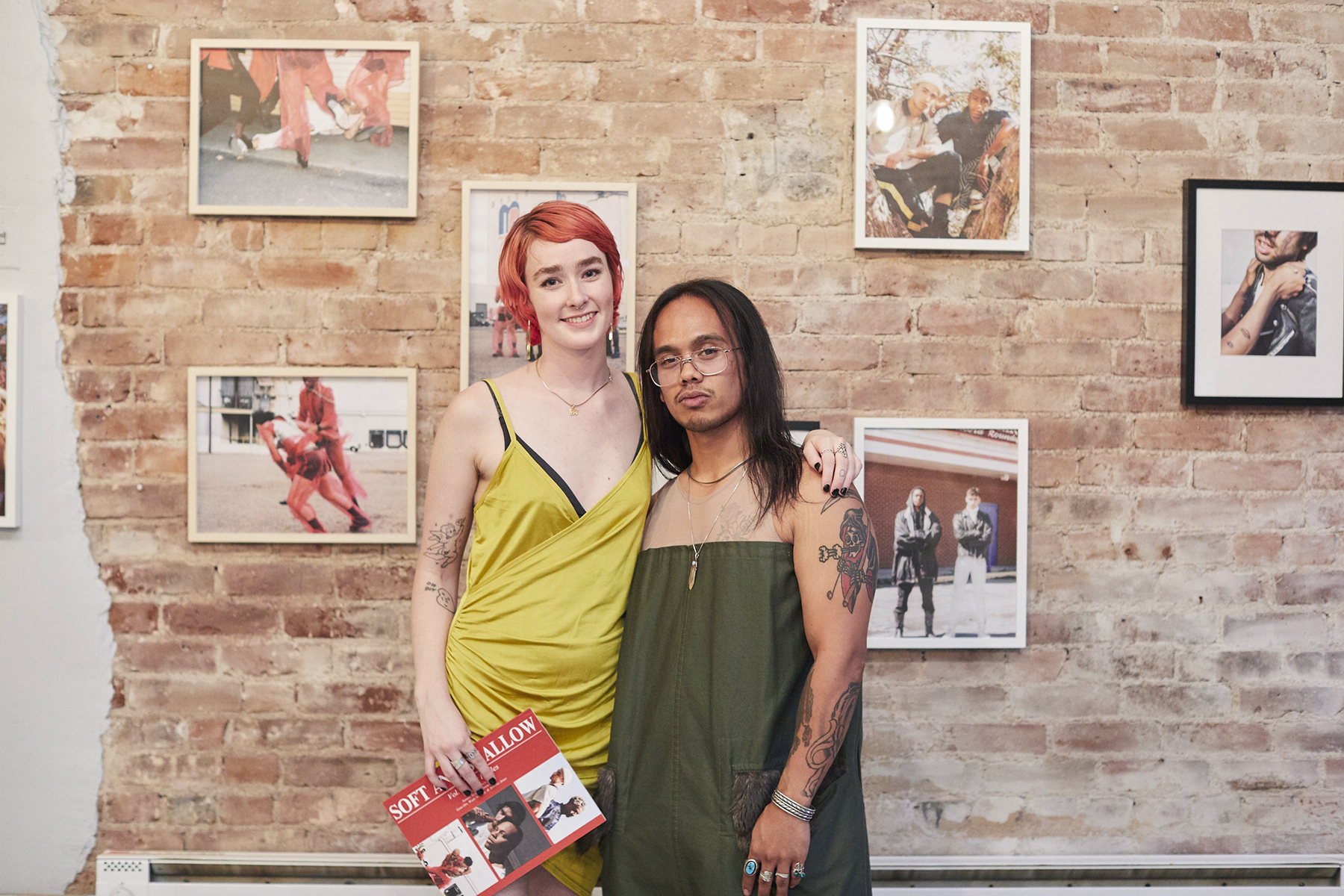 “The concept is about male platonic intimacy and more often than not it’s expressed, at least in my life, through violence. That is one of the ways it can be expressed between men in a way that’s not romantic. You could horseplay, wrestle with your friends or jump a group of dudes, but going beyond that means exploring what relationships between men can look like but through intimacy,” Ablola added when asked where his inspiration came from.

Prints from the magazine were framed throughout the gallery, giving viewers a closer look at the detail in each story that was being told through the photographs. Each model in a specific situation of intimacy that revived the question that the project was inspired from, “What does male platonic intimacy look like?” 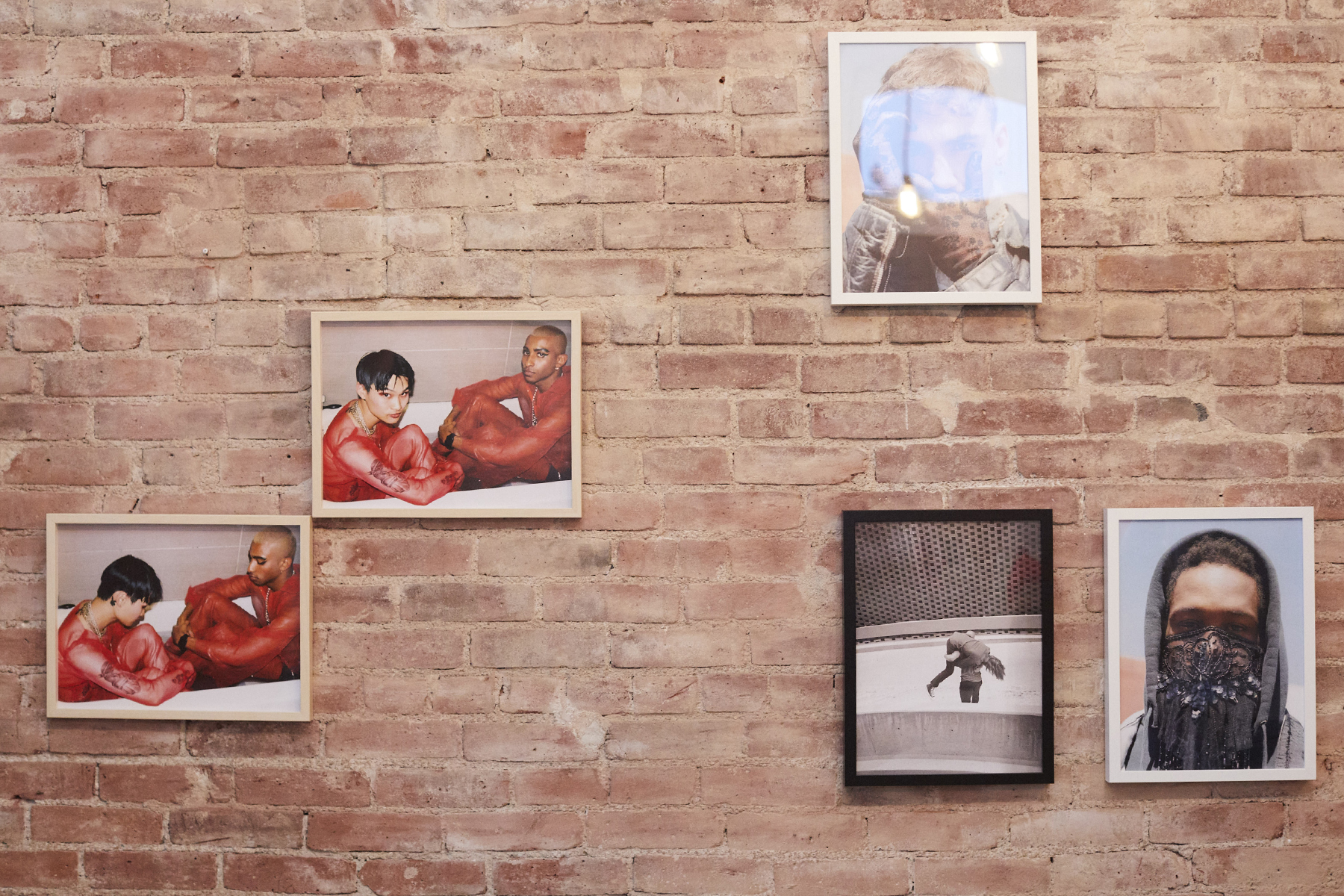 Large prints from the magazine were displayed along the gallery walls.

The goal of each shoot was to test the models on their ability to be both intimate and open to understanding their own perceptions of being male and being intimate with one another the way society might not understand or think is typical guy behavior. We asked the models who attended the release party what it meant to them to be a part of this fashion experiment.

The impact of the magazine and its powerful images was felt by the audience as the many event-goers were in constant conversation about the beauty each photograph presented. “As an Asian male navigating space in America, masculinity is something that is forced upon us because as a man of color you have to be an extra man or else you’re a boy,” said Ablola. His own experiences as a man who is in constant self-discovery are why it was so important to him to guide this project. The magazine has a goal that will inspire people to transcend the norms of society by being authentic and true to who you are. The message in Wet Ruffles was loud and clear — creativity sparks change and growth in all who embrace it.

All Photography by Rebecca Grant