Denver stylist, Aaron Rodriguez, has made a name for himself as a prominent presence in the fashion community here in the Mile High City. His accolades include styling Denver Bronco, Chris Harris Jr., judging Mrs. Colorado America 2017, working behind the scenes with celebrity stylist, Winnie Stackz, and styling Denver Fashion Week’s Hair Show for the past two years. And full disclosure, he also was a longtime contributor for 303 Magazine.

During the past two years, Rodriguez also created Blank Canvas Fashion, an online portfolio named so because he himself approaches fashion as an artist would a canvas — open to let inspiration take over to create something new. It showcases all of his work, including editorial and studio styling for photographers Noah Berg and Johnny Edward. Beyond his passion for style, Rodriguez is also a firm believer in embracing challenges, pursuing passions and working hard. Since he has taken over in Denver, his influence has created an energy of motivation and trailblazing. The community will deeply miss him once he moves to Los Angeles to pursue new opportunities, so we sat down with him to discuss the obstacles he has endured, the inspirations that led him into the industry and the goals he has for his career. 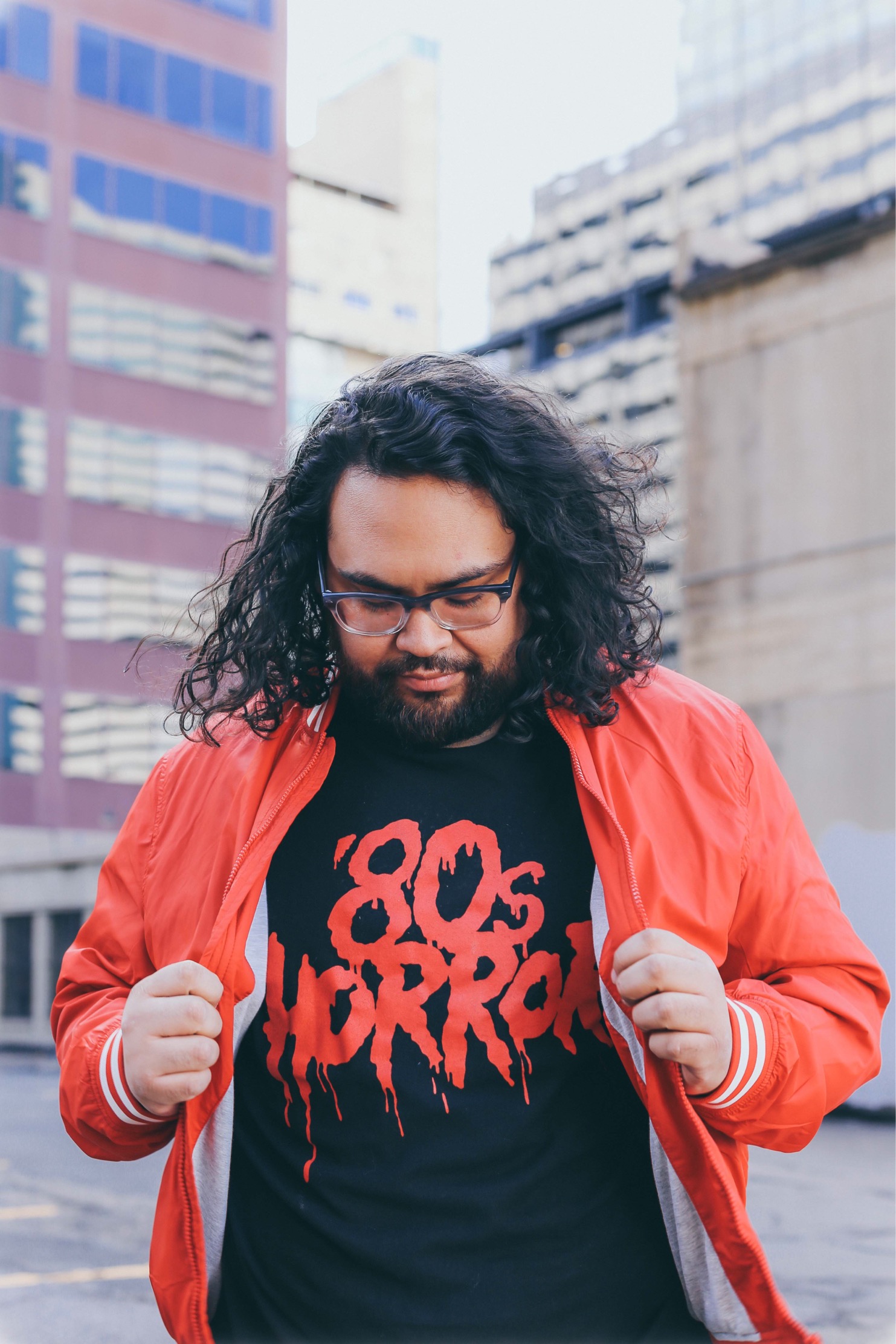 303 Magazine: How would you describe your personal style? What are your three must-have pieces in your closet?

Aaron Rodriguez: My style is a mix of goth and streetwear. I like to take some of the current street trends and goth them up to my liking. I wear a lot of black. Fashion trends come and go, but black will always be in style. I’m a big fan of texture — leather, suede, fringe, feathers, vinyl, you name it. Three must-haves from my closet are my leather jacket, my Death Crew t-shirt from Ruckus Apparel and my black hat.

READ: How to Wear All Black Better

303: What would you say is your favorite trend happening right now in Denver?

AR: I swear I’ve seen black turtlenecks everywhere, which I’m completely down with. Overalls aren’t a new trend by any means but I’ve seen more people wearing them. I have a turtleneck and pair of overalls myself, both in black. 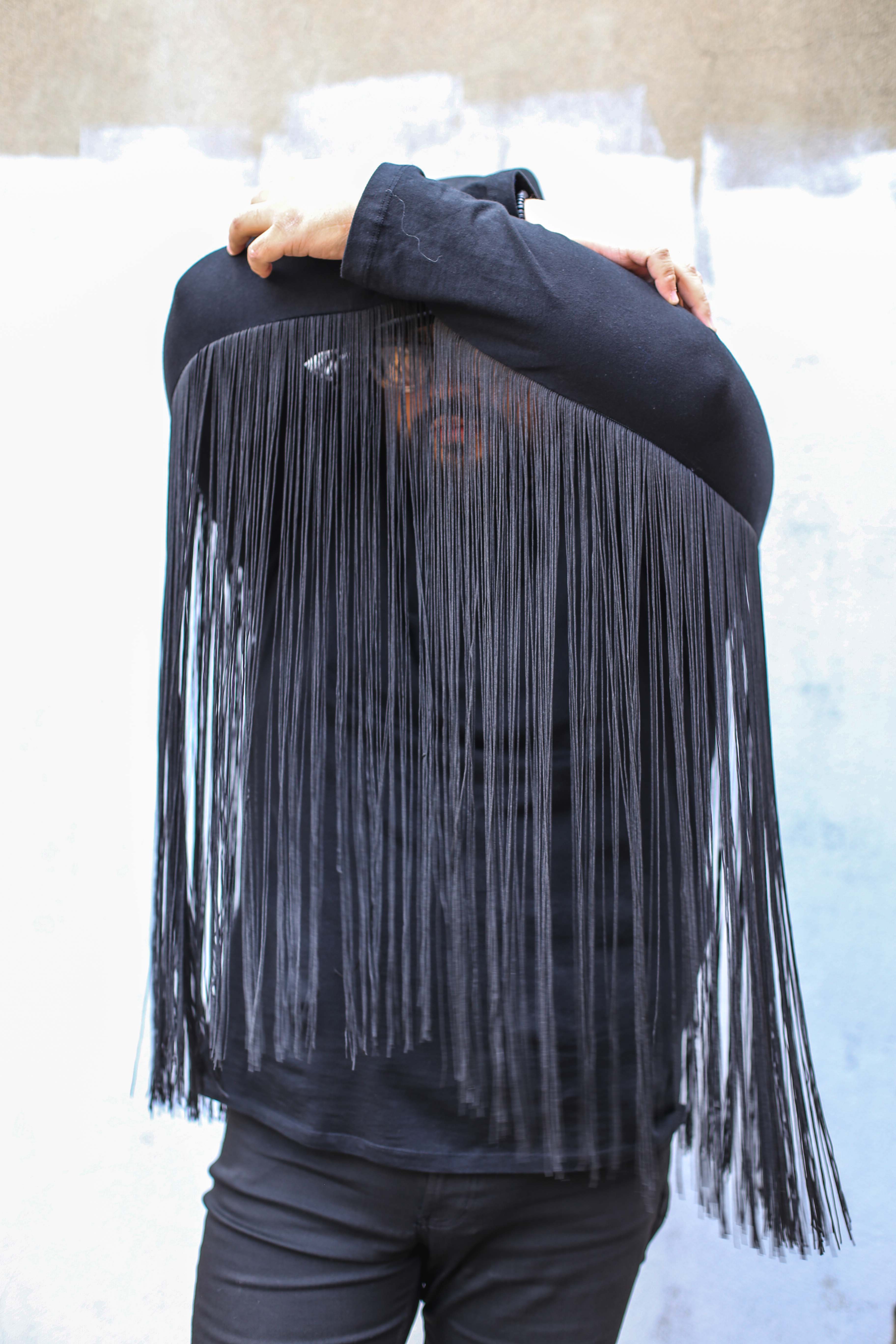 303: As a former fashion writer and a current stylist, what is it that you look for in the world for inspiration?

AR: Horror is one of my biggest inspirations. Films like Dario Argento’s Suspiria (1977) and Bram Stoker’s Dracula (1992) inspire me with their mix of darkness and beauty. I could watch American Horror Story: Coven over and over for the fashion alone. Believe it or not, I wouldn’t be pursuing fashion styling if it weren’t for the show Pretty Little Liars. I couldn’t believe that “A” had just trapped Aria Montgomery behind plastic wrap with a nail gun but wow, that white military jacket, rose print top and leather skirt looked amazing on her. Beautiful clothes and attention to wardrobe inspire me. I’ve never forgotten the scene in Titanic (1997) where Rose peeks out from behind that gorgeous purple wide brim hat to look at the ship for the first time. 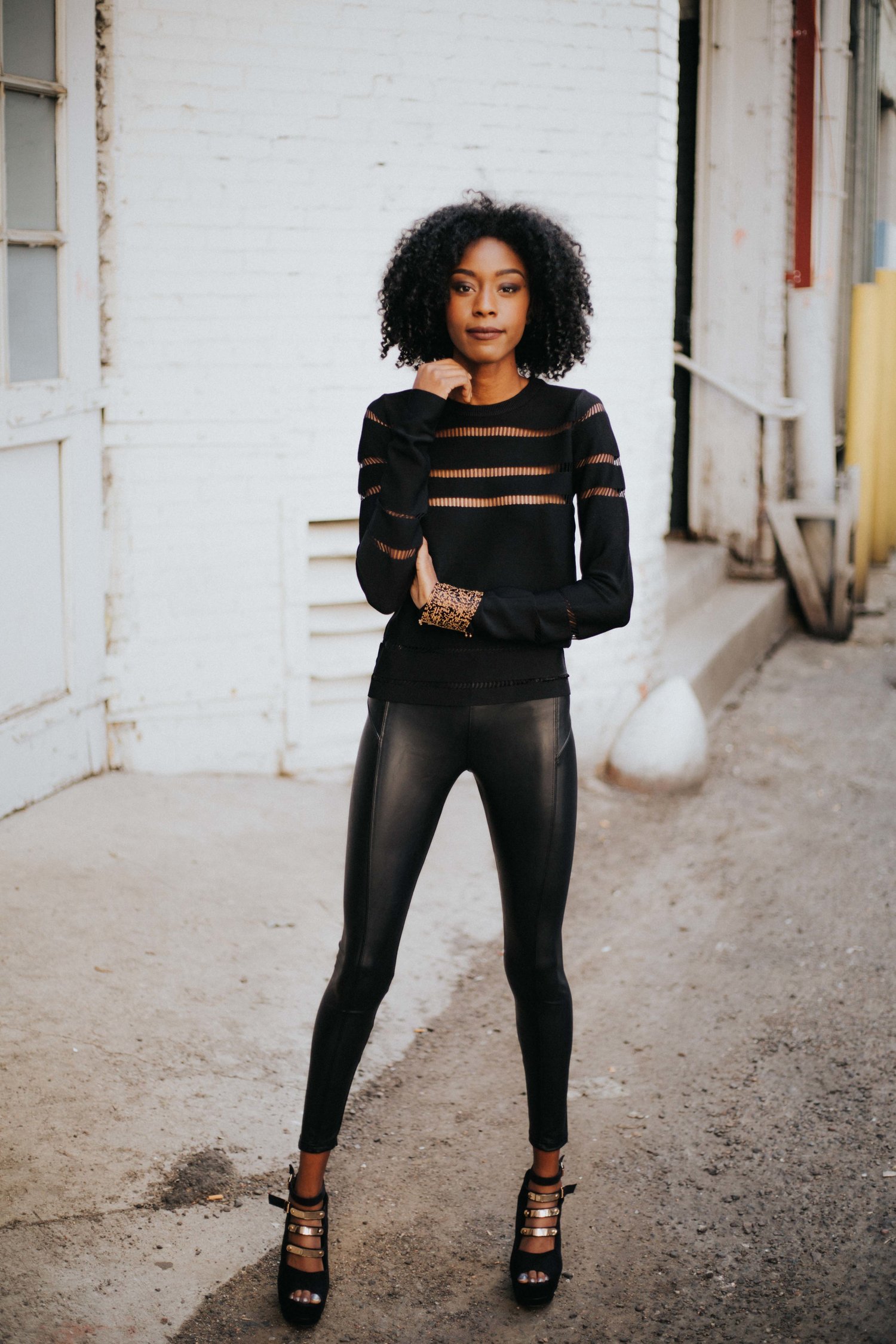 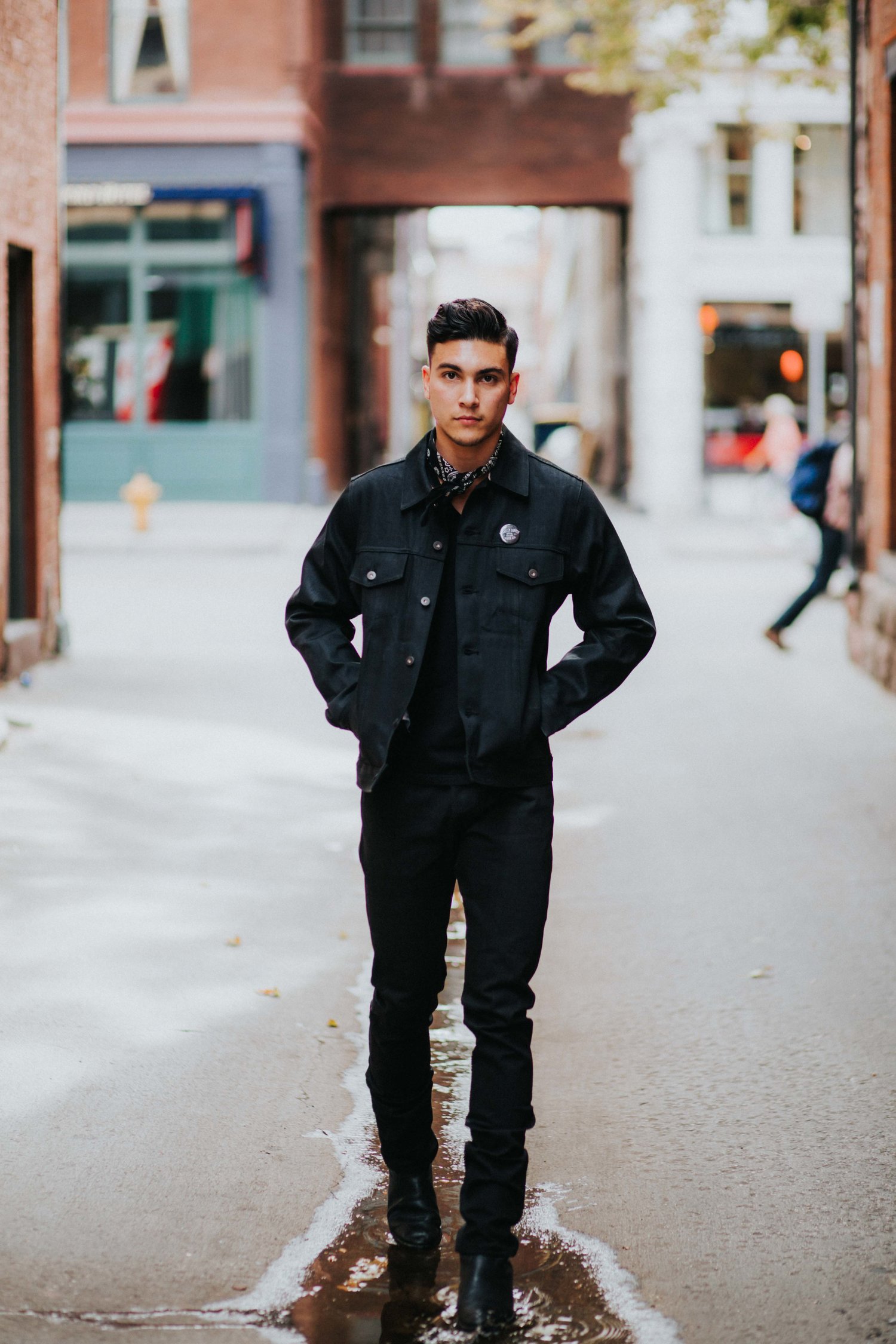 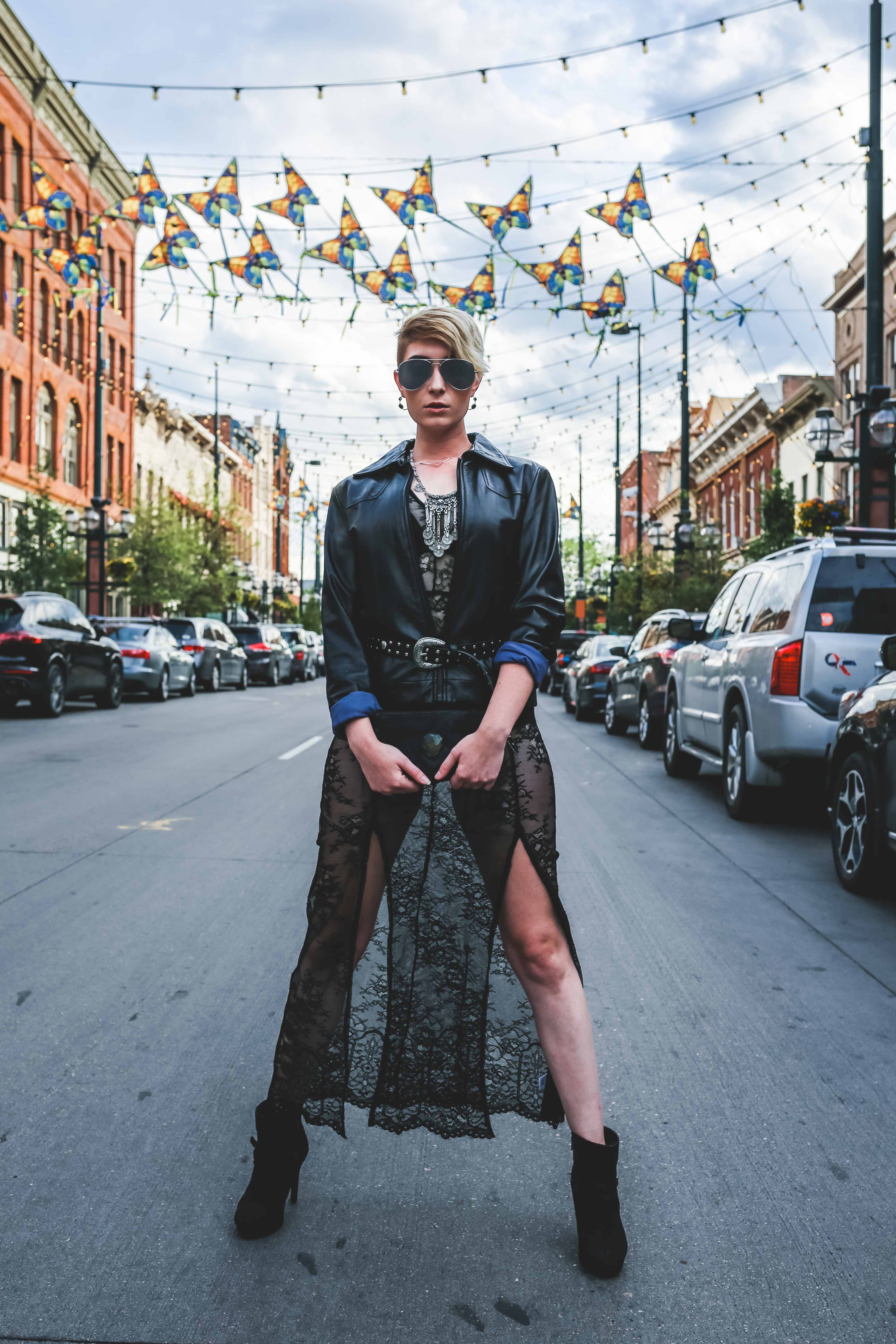 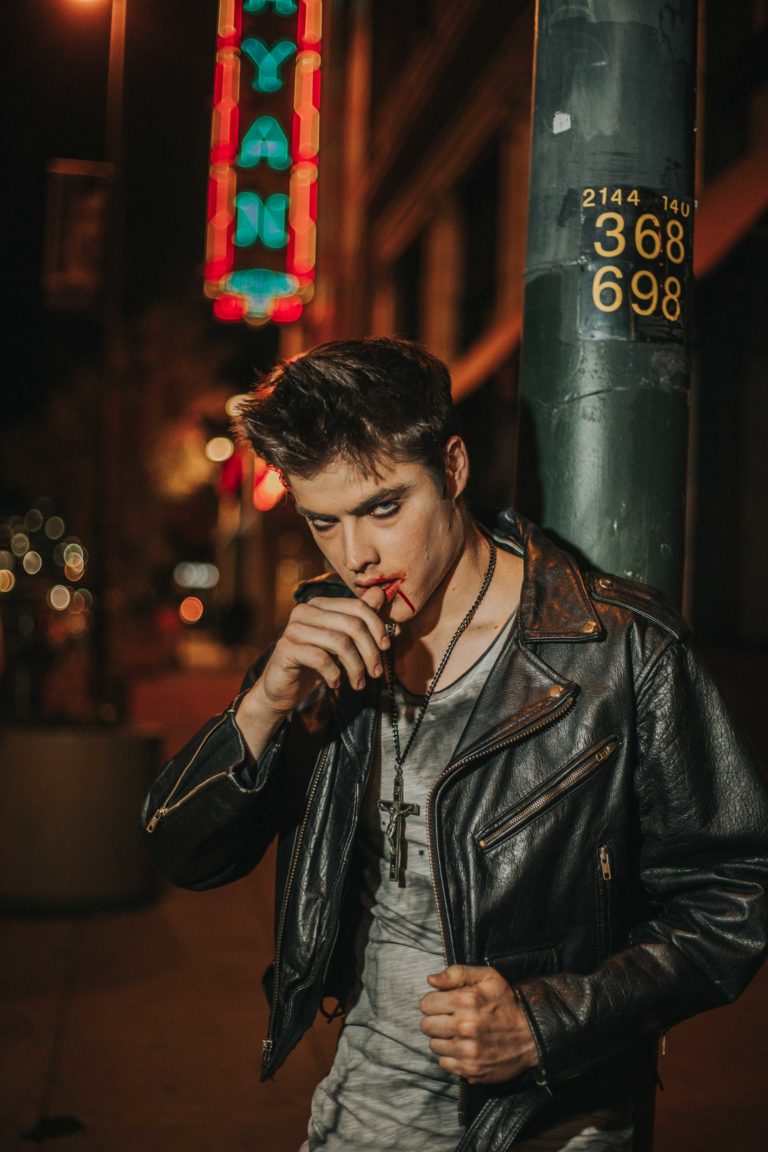 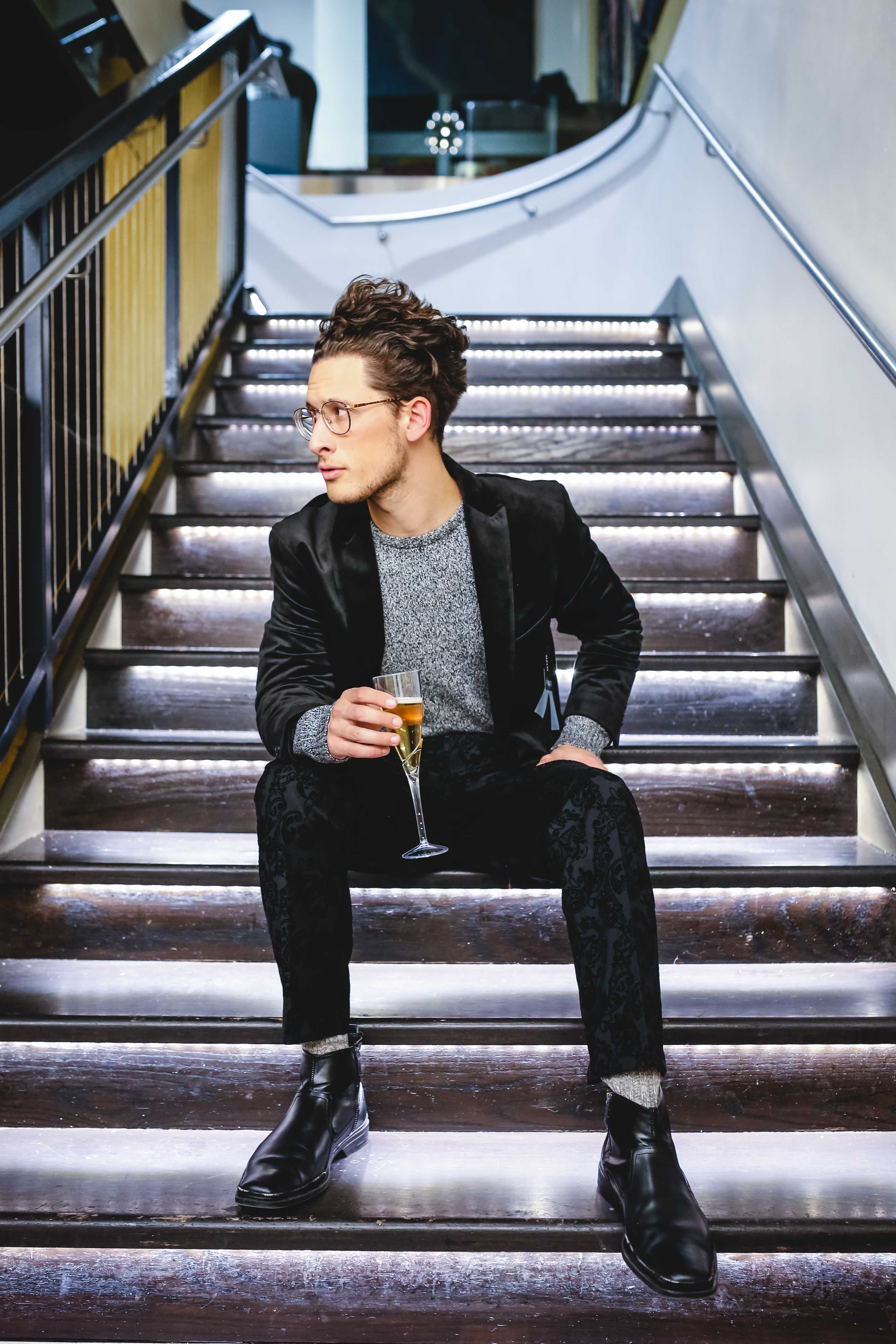 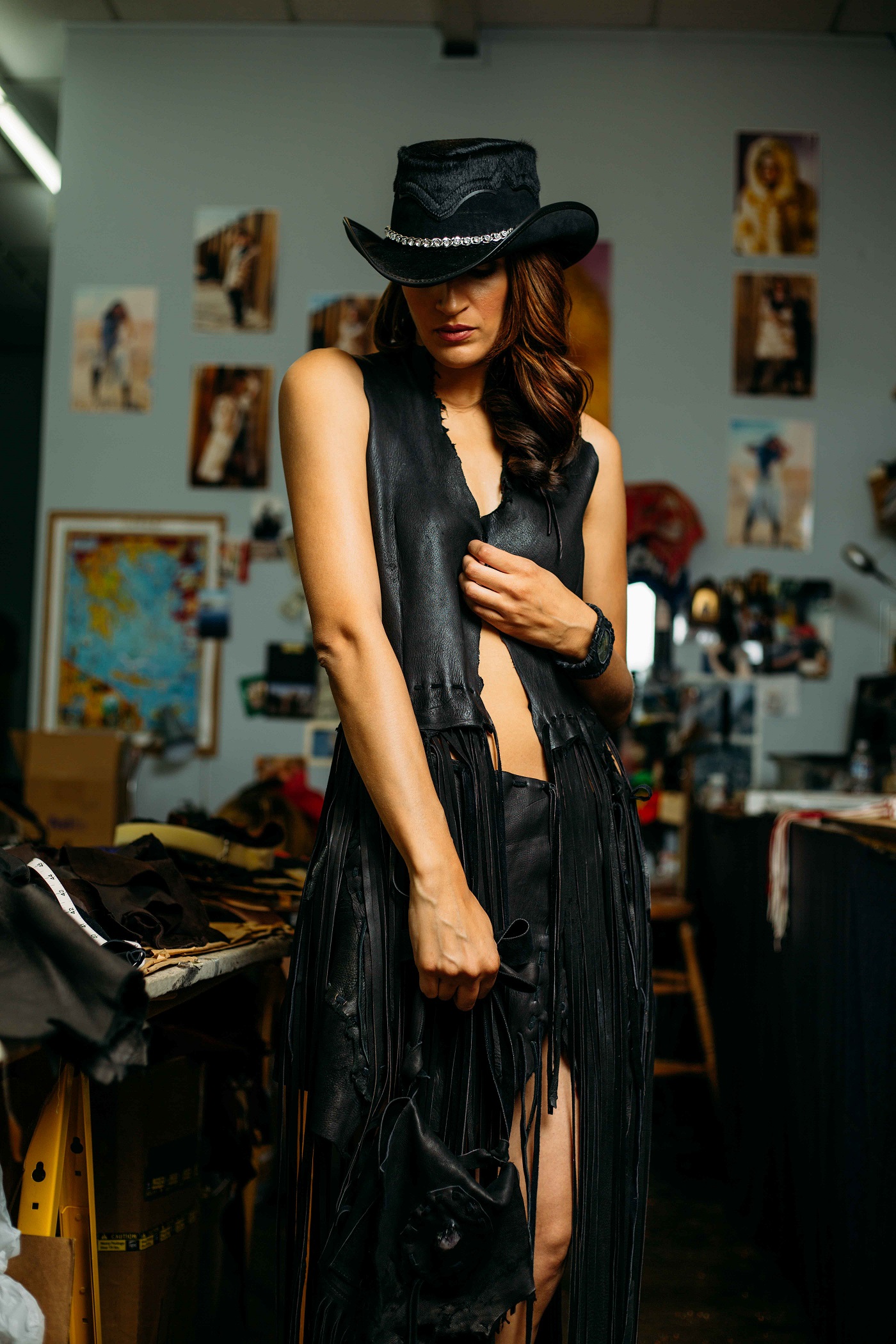 303: How did you get involved in fashion styling? What has been the biggest turning point in your new career?

AR: I randomly quit my job in November 2015 when I was headed to Los Angeles to see some friends at the time. It felt strangely fine knowing I didn’t have a job to come back to. I hadn’t faced that kind of uncertainty before but it was liberating. When I returned to Denver I reflected on the fact that one day I would be dead, there was no time like the present to pursue this fashion dream I had in my heart, so I said a prayer in my room and decided to go for it. I began to network, throwing myself out there and began to learn the craft of what I was pursuing. I styled my very first photoshoot in January 2016. After that I got hired as an intern for 303 Magazine that same month and the ball started rolling. The biggest turning point has been the evolution of my aesthetic. In the beginning, I was putting together a broad array of outfits, which is where my styling name “Blank Canvas” came into play, but slowly my “true” style started to seep out into the clothes I was pulling. Now, it’s what I’ve been getting recognized for — wardrobe that’s edgy, dark, unique, eye-catching. I had the epiphany that it’s the direction my career is meant to go in and will eventually attract the type of client that I’m meant to work with. G-Eazy was just in Denver, and when I saw what he was wearing on stage it only cemented everything I’ve been feeling. It inspired me to one day reach that level. 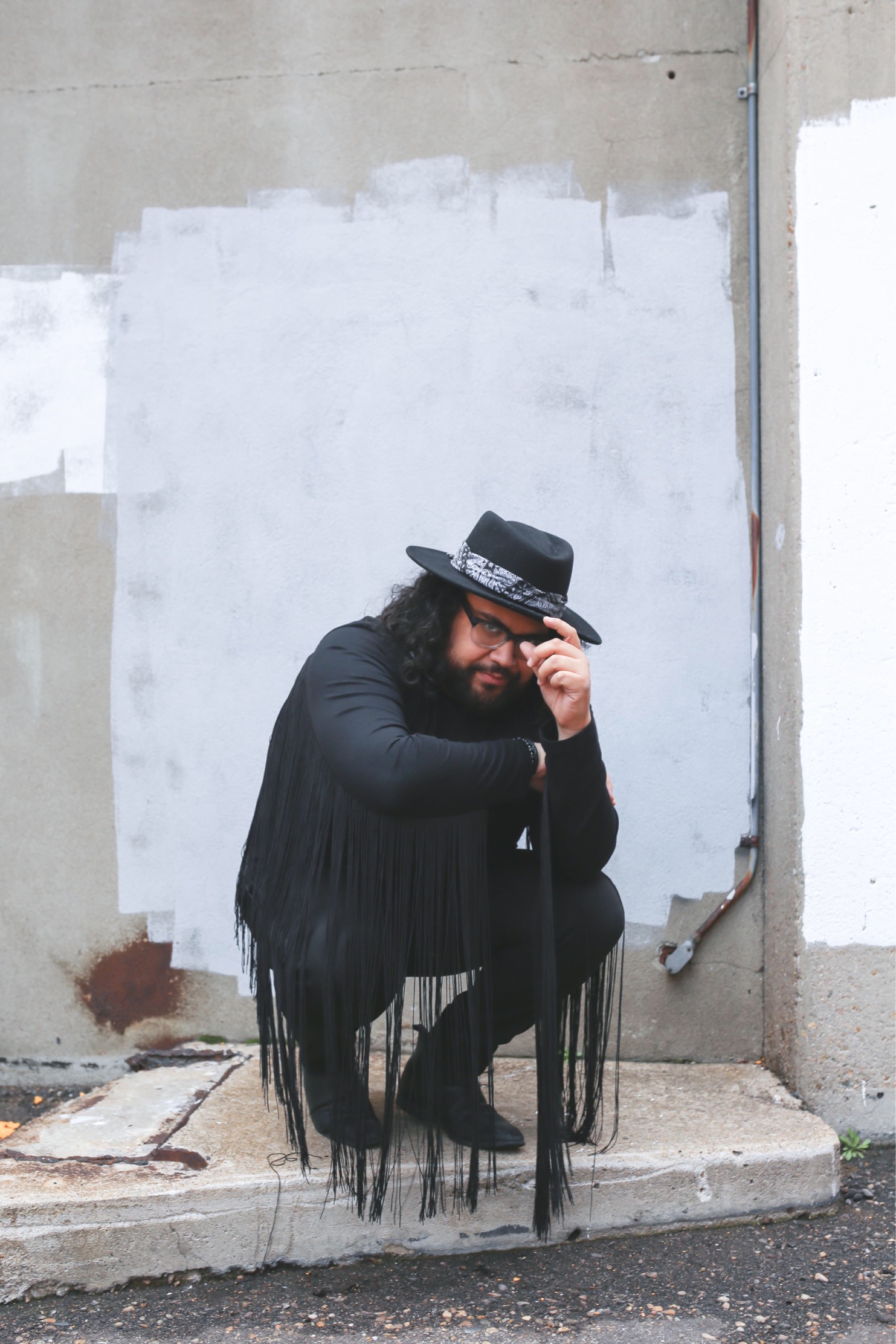 303: The fashion industry tends to run by word of mouth. What tips do you have for anyone who plans on tackling the world of fashion?

AR: I can’t stress how important networking is. I’ve landed some amazing opportunities because of networking. It was difficult to network when I started but I had to learn to talk to people because I didn’t want that as a stumbling block. Being a judge for Mrs. Colorado America 2017 was a privilege I had. When I asked the director how she heard of me she said my name came up from two different people. She took it as a sign. My tips would be to show up, introduce yourself and make connections. People will start to remember you. Be genuine! It’s so easy to spot someone who is just there to take for themselves. Also, be professional. I’m not the type to trash talk other people, but I am the type to opt out of working with them. Lastly, work hard. Remember that nobody owes you anything and that hard work outweighs talent. I can promise you that you’re going to make mistakes, and sometimes learn things the hard way, but the effort shows and it will pay off. 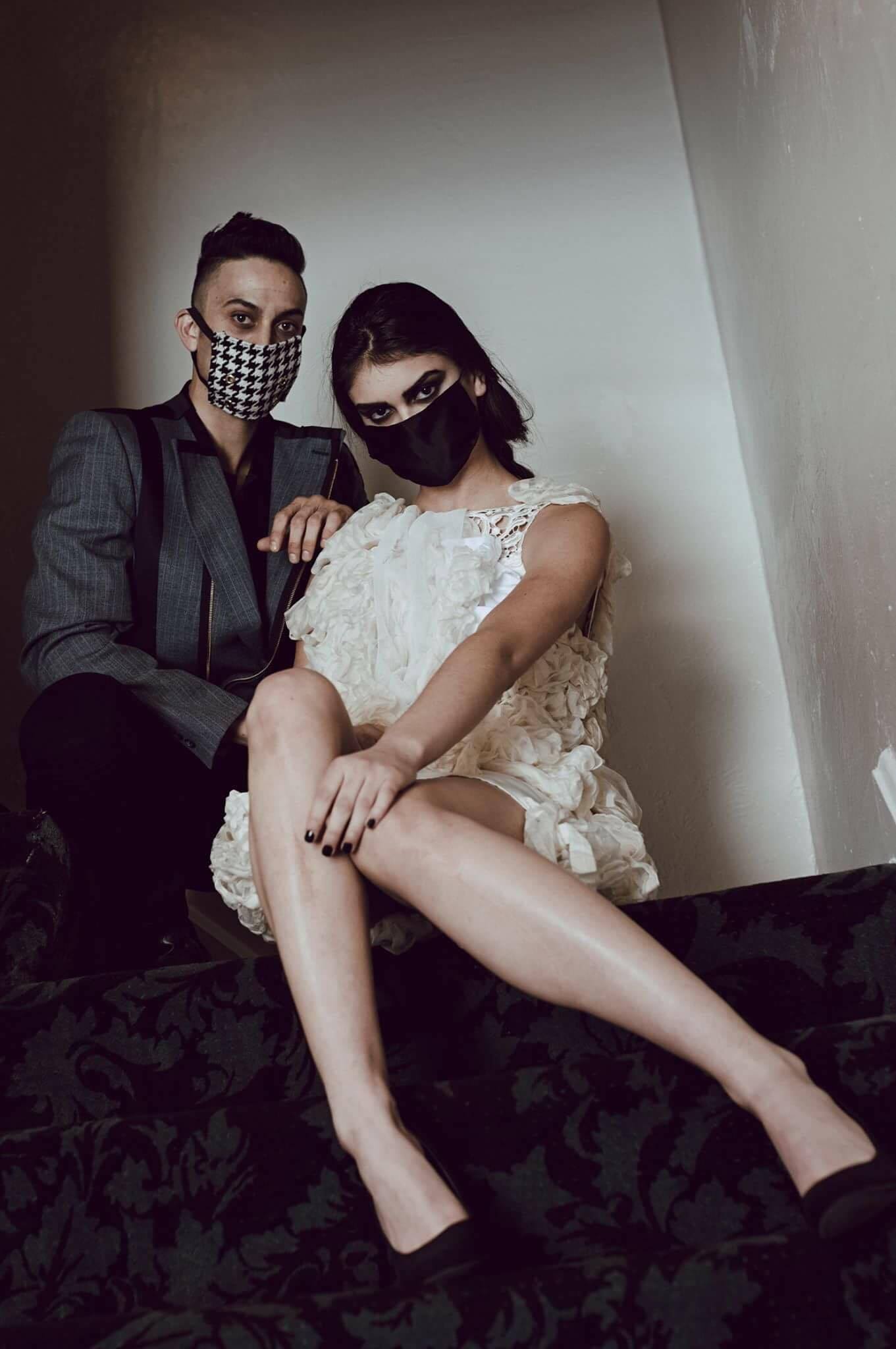 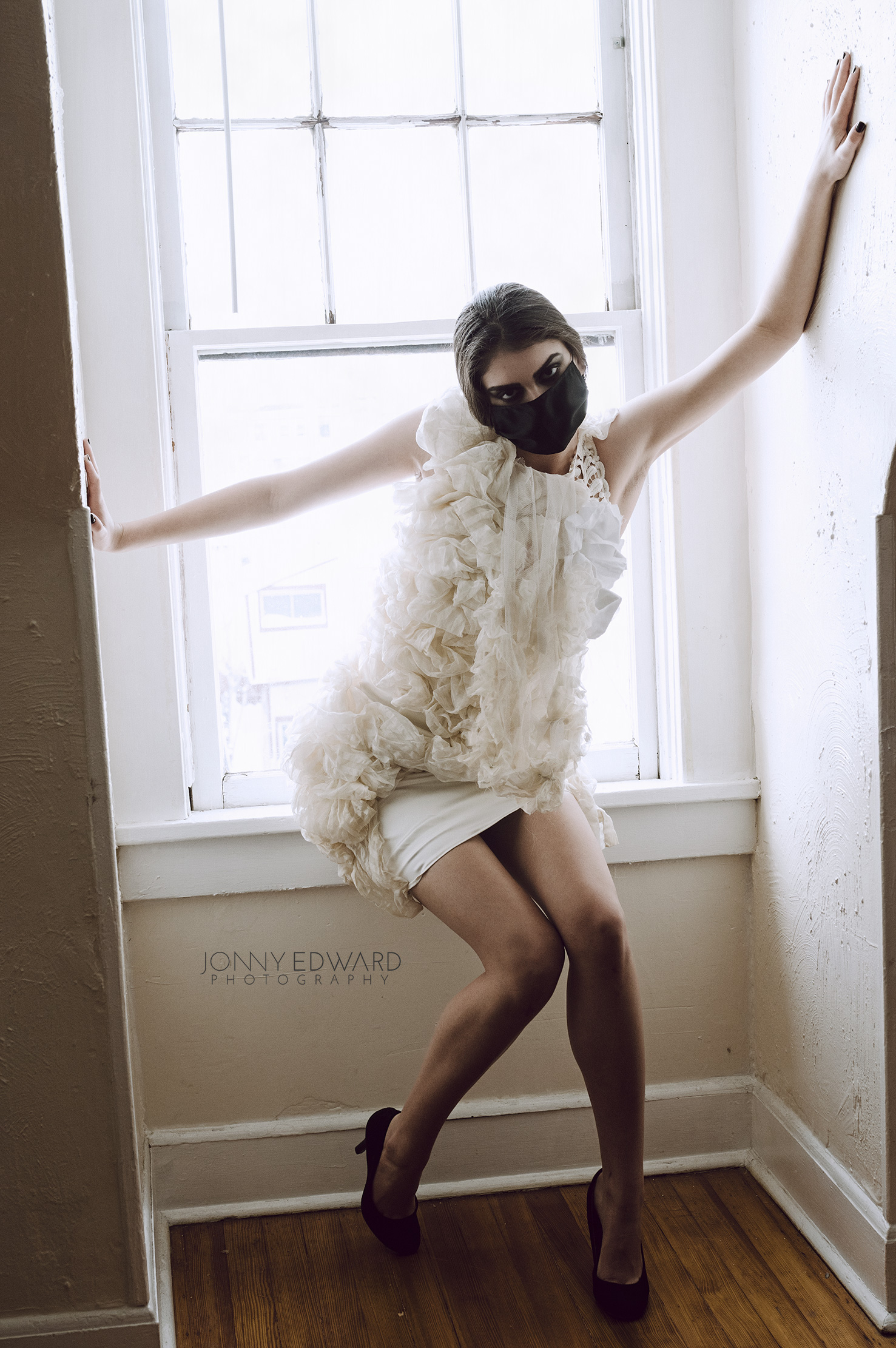 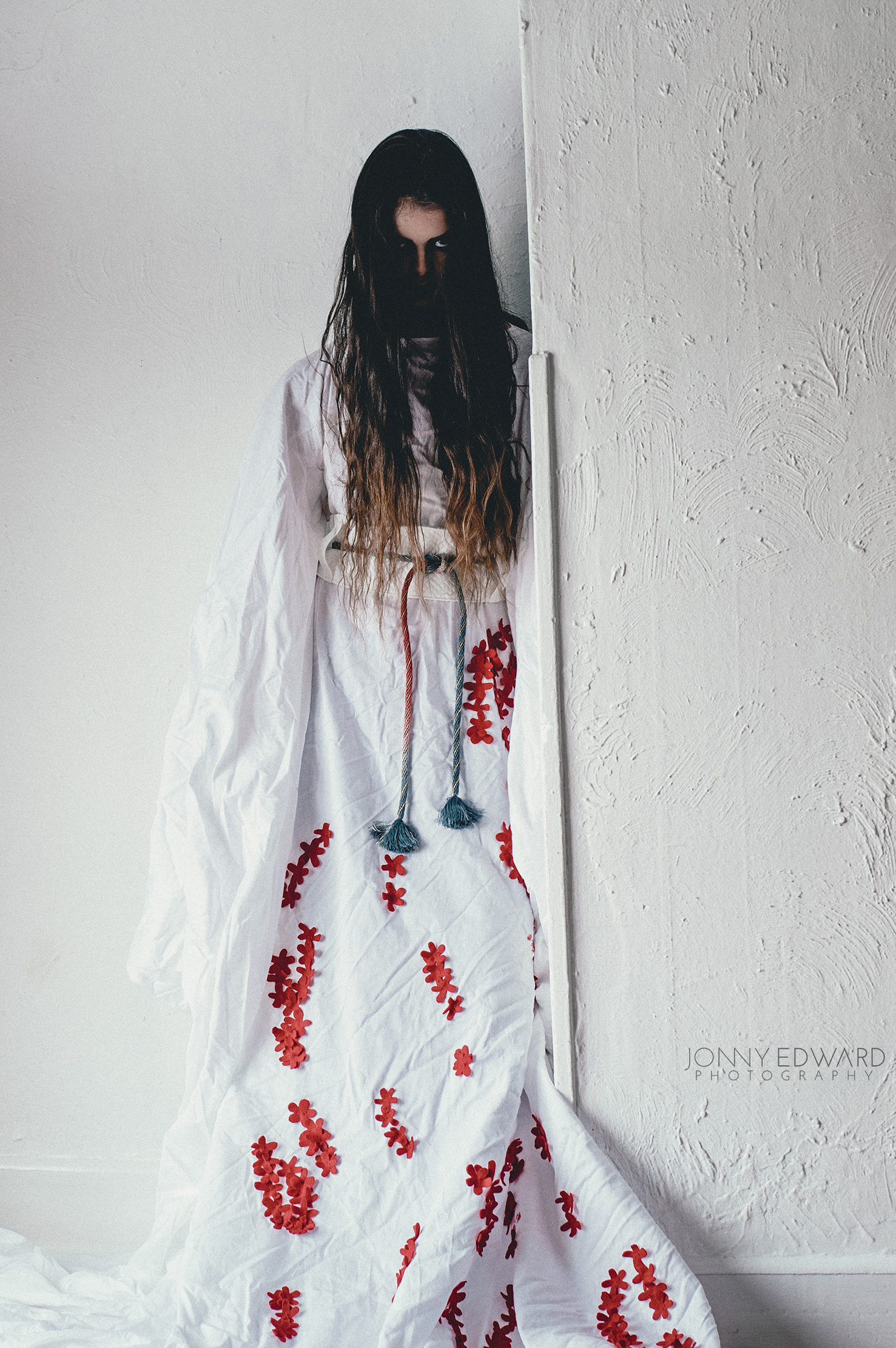 303: What do you hope the fashion industry will change or adapt to within the next couple seasons or years?

AR: I hope everybody starts being nicer to each other. People in fashion are notorious for being pompous, although I’m not holding my breath on that changing. I hope there’s more diversity on the runway. I’d love to see more Latinos in the industry, and not just for Hispanic-themed fashion, or as the token ethnic participant on the runway. 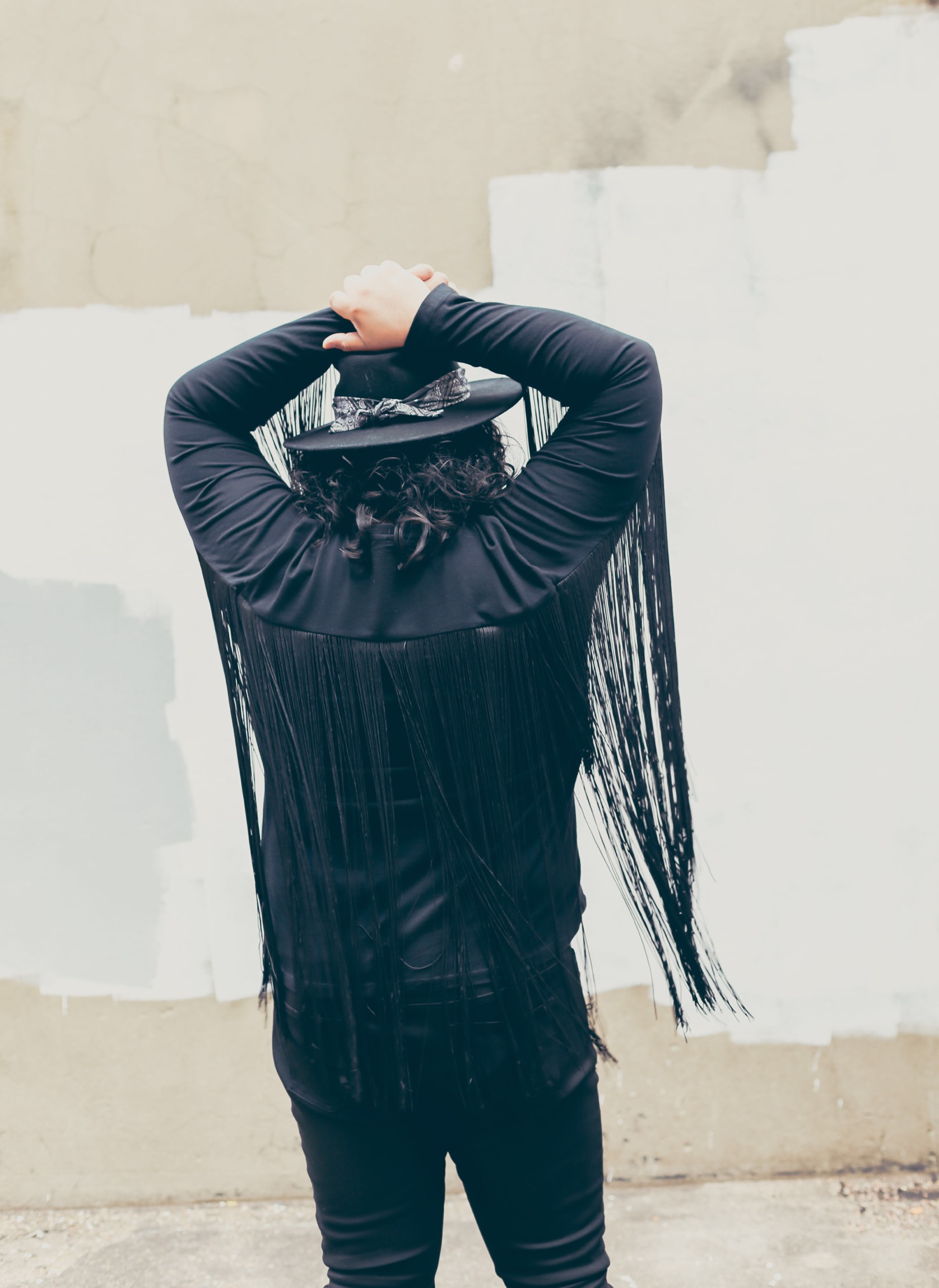 303: Icons are everything in our chaotic industry. Who are your fashion icons?

AR: At the moment, I’m in love with everything Violet Chachki from Rupaul’s Drag Race is doing. Selena Quintanilla never stops inspiring me. I’ve styled a shoot using her classic bustier and leather jacket look. Iris Apfel, who looks amazing at 96, with all her chunky jewelry and garish prints. Alexander McQueen is a given. I love everything Lorde wears. I saw The Weeknd wearing a camo jacket for a performance on TV, and the next day I went to the thrift store to get one for myself. I also waited for midnight to come around when his collection with H&M dropped online just to snag an XO bomber jacket. 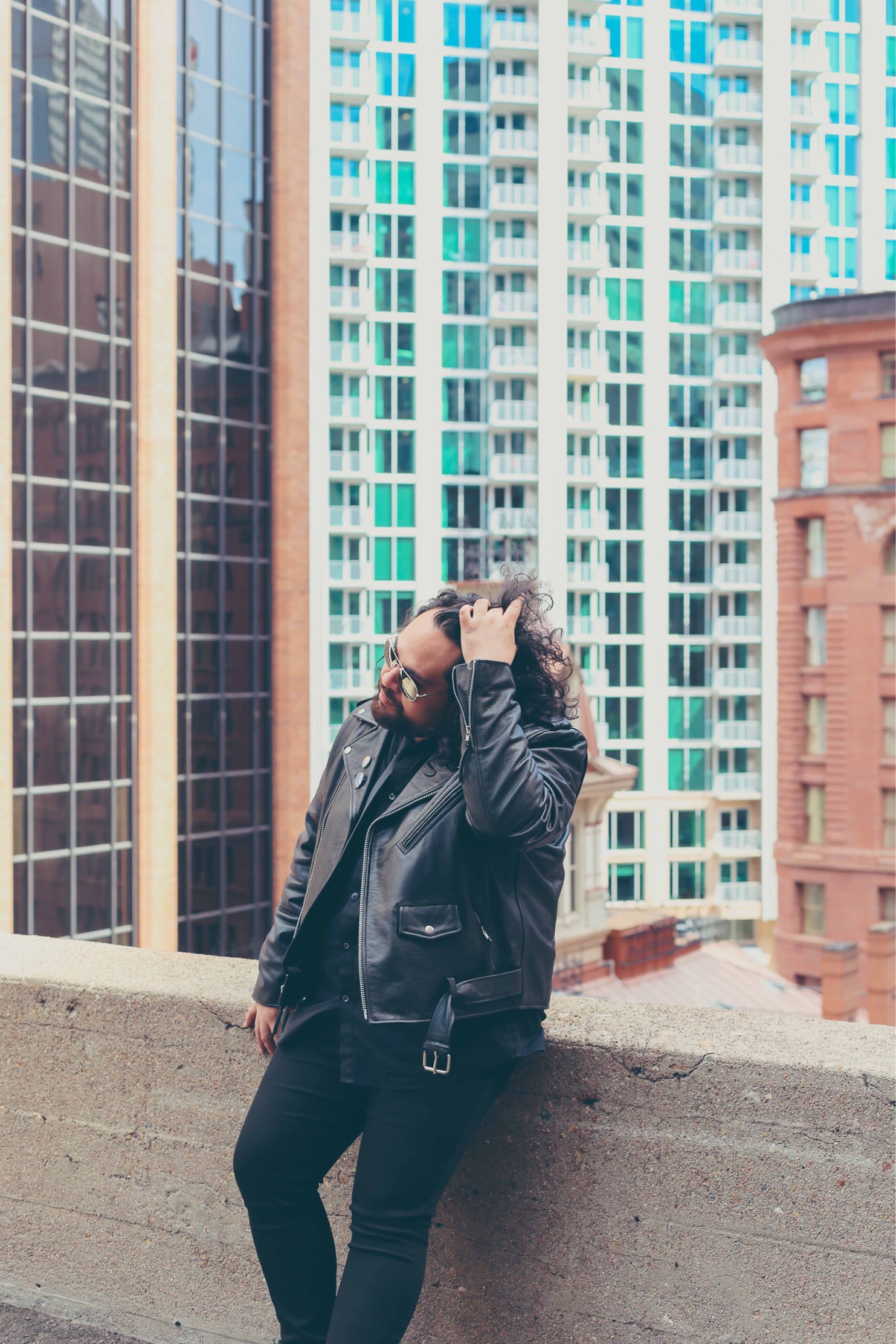 303: In a couple months you plan on leaving Denver for LA, what made you decide to take this next step?

AR: LA can provide the type of career I ultimately want to have. Denver has been so good and I’ve gotten to meet and work with some amazing people but I feel it’s time for me to go. When I started this journey I wasn’t sure which direction I’d want to go in but I’m a big dreamer. I have giant goals and I want to reach them. I’m crazy enough to believe that I can and will reach them.

303: What do you ultimately hope LA provides you that Denver hasn’t?

AR: Access to places and people that aren’t in Denver. I want to style music videos, musicians, editorial features, fashion films, commercial photography and television. I want the people who are producing The Weeknd’s new music video to say “I want this to go in a darker direction. I want this to look sleek and edgy. Let’s get Aaron Rodriguez down here.” 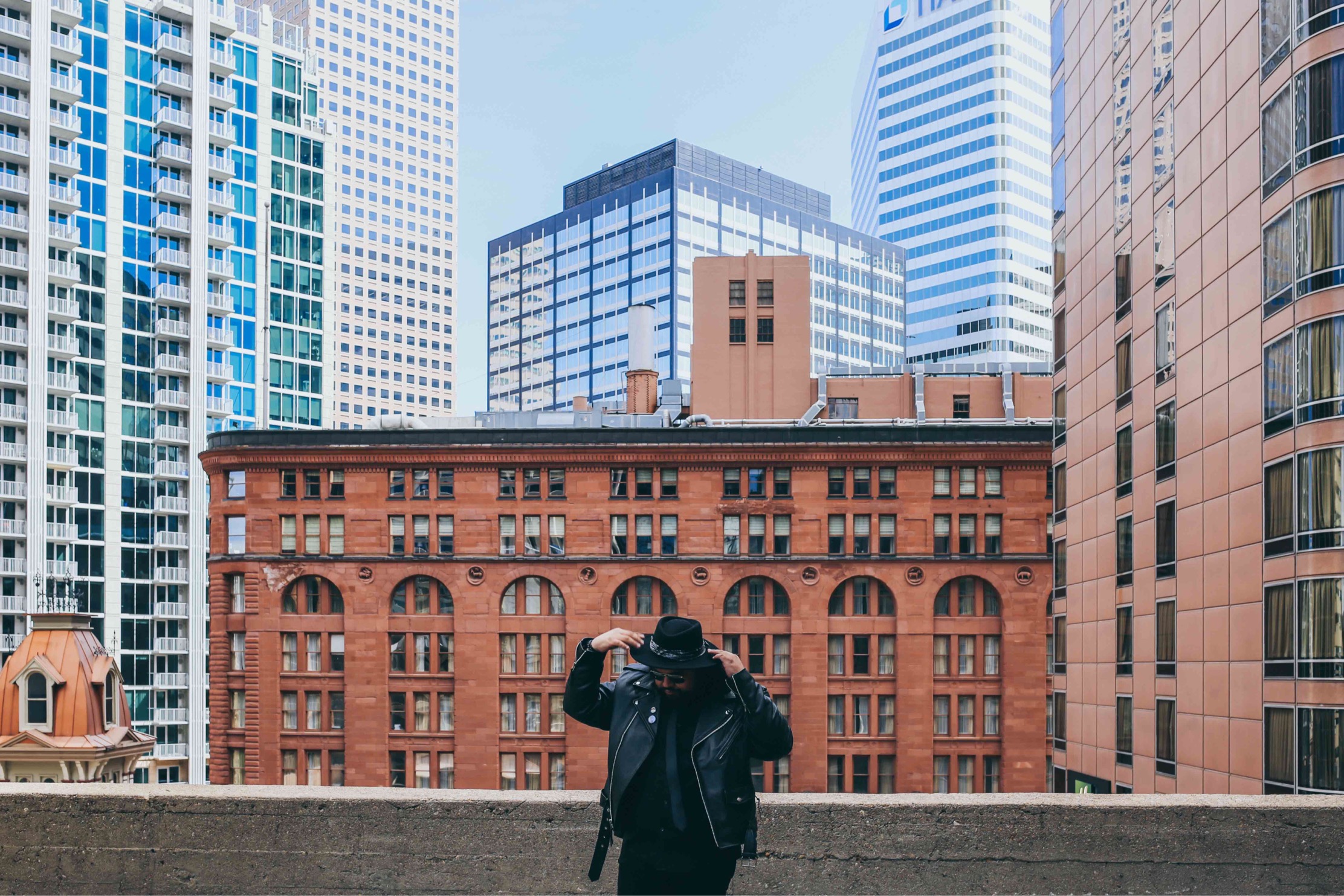 All photography by Danielle Webster, unless otherwise noted.