What You Missed From Denver’s First BBQ Festival

As the name suggests, this past weekend’s Denver BBQ Festival celebrated all things ‘cue from ribs to wings. However, it was far from just Denver represented. Pitmasters from all over the country congregated at the parking lot of Sports Authority Field to bring this unique fest to the Mile High for the first time. Legendary joints such as Salt Lick, Pappy’s Smokehouse, The Shed and many more stoked their fires to represent Texas to Missouri. But as many commenters pointed out on our social feeds, several BBQ hotspots weren’t present (mainly Kansas City). If you were able to overcome this indignation, the event surely brought the heat and hospitality.

Some of our favorite bites of the weekend came from those highly decorated barbecue joints like the bruleéd ribs from Pappy’s — who use a torch to sear a sticky sweet crust on top of their ribs right before service — to Salt Lick’s legendary brisket and even tastier sauces and of course the whole hog from The Shed. But, as a pleasant surprise, Colorado’s own GQUE BBQ really stood its ground this weekend even though it forewent its traditional pork, brisket and ribs in favor of a perfectly made chicken wing. The robust wing, coated in a salty BBQ seasoning, went above and beyond with its taught roasted skin that was so crisp it snapped like your favorite ballpark brat. That along with its side of buttery cornbread, that was so tender it was more like a bread pudding, made GQUE a standout — even when pitted against some of barbecue’s big boys.

But despite an undertone of friendly competition — the camaraderie among the pitmasters was palpable. Walking the grounds before doors, you’d find BBQ legends sipping on Bourbon and slathering on compliments as thick as their sauce. Mike Emmerson, founder of Pappy’s Smokehouse, in particular, couldn’t help but talk as much about his excellent ribs as he could about this friend Garry Roark of Ubon’s BBQ. He called Roark the unofficial spokesperson of American barbecue — and for good reason.

Roark, whose entire family is no stranger to BBQ — his daughter is now pitmaster and his grandson has competed on Chopped Juniors — could be found waxing poetic about the American pastime throughout the event.

“BBQ is America’s front porch. I always say, if I could get everybody on my front porch and give them one chicken leg there would be no problems,” he said. “You don’t have to be rich or poor. Everybody’s got a barbecue in their backyard.”

His daughter, Leslie also spoke about the growing inclusion in barbecue and how, as a female pitmaster, she has felt more welcomed than ever before. 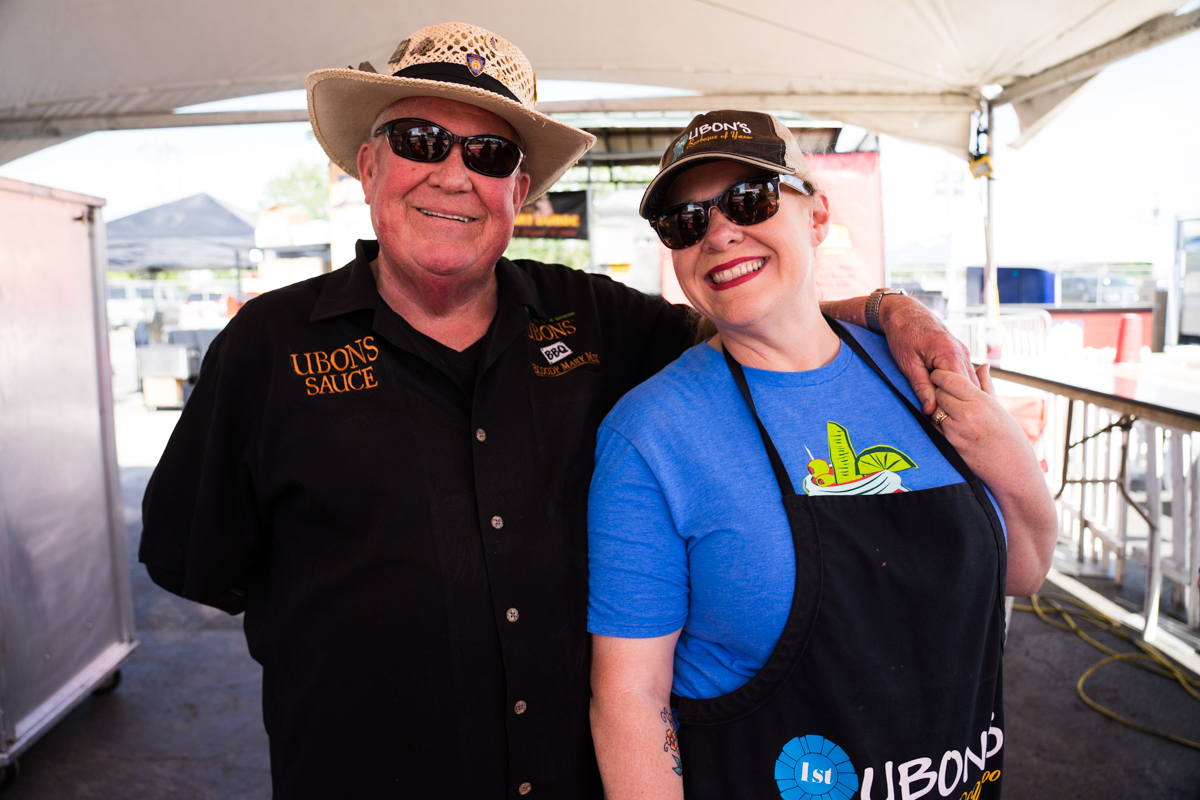 “Without a doubt, things are a million times better now [than] back in 1992,” she said. “People didn’t make eye contact with me. Judges looked at Daddy to make sure that what I was saying was true. People didn’t believe that I was actually doing the cooking … I think that [when] I started I was walking on a small path and now it’s a freeway.”

In similar regards, this weekend’s event also opened the floodgates for the people of Denver. With the country’s top pitmasters at their doorstep, the fest brought a plethora of regional delights some Denver dwellers might not have experienced at this level before. It also gives local names a chance to shine, like GQUE, who felt thrilled that such an event brought a spotlight on the city.

“It’s awesome that an event like this is here. If Denver wants to be serious about being a premier destination for barbecue events like these are necessary because all of the eyes of the barbecue world outside of Colorado are looking on Denver this weekend. It’s fantastic,” said Jason Ganahl of GQUE.

But with GQUE as the only Colorado joint featured, Denver has a lot of work to do before such a fest can really bear its name. Hopefully, now that the Mile High city has tasted some of the best the country has to offer — our appetites for high level ‘cue will lead to some new growth. Knowing our city’s love for all things craft with a penchant for camaraderie, barbecue culture could be a perfect fit. 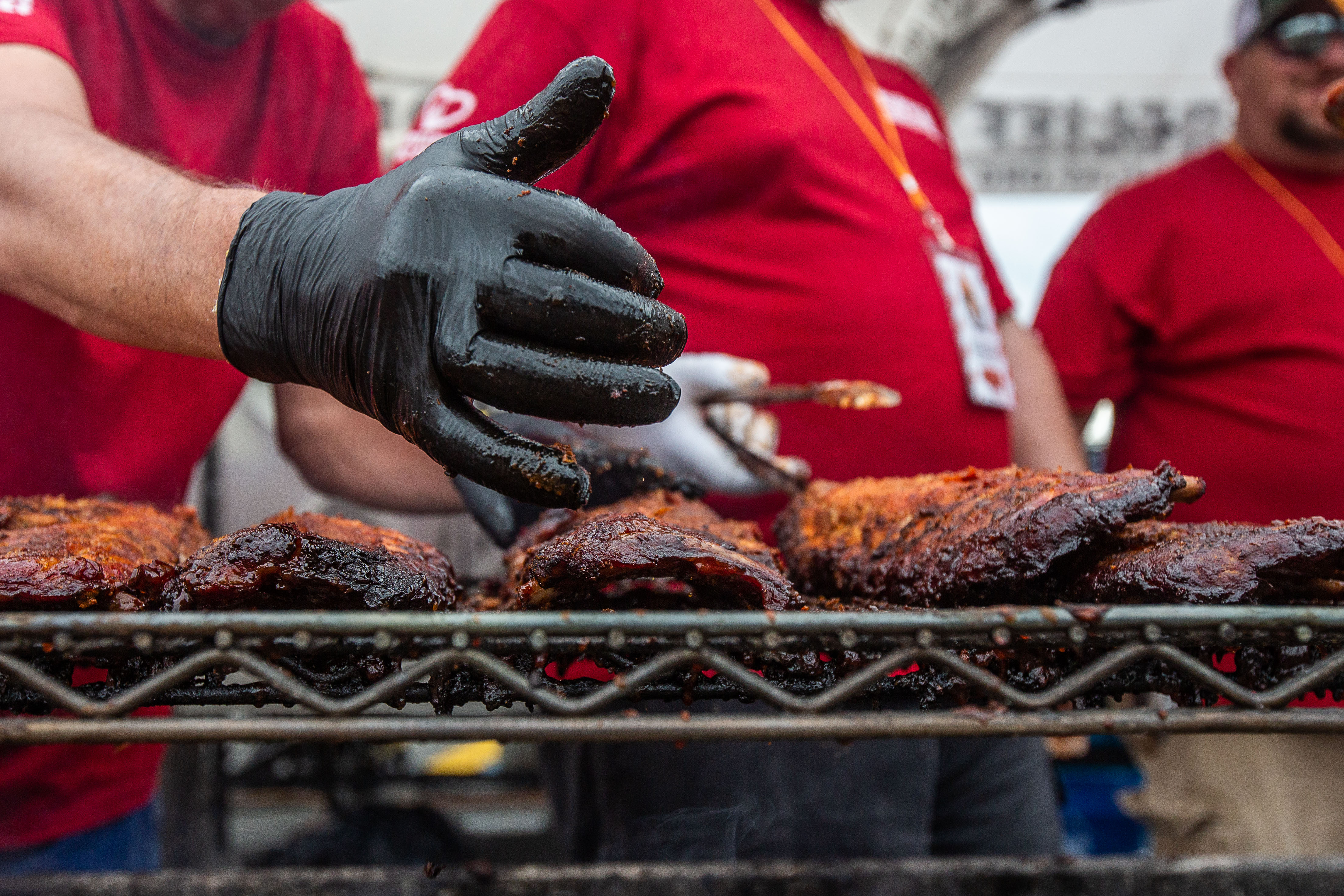