In this hot and divisive political climate, it’s easy to lose track of one’s sense of humor. But not San Francisco-based singer/songwriter and multi-instrumentalist Rachel Lark. Her smart, fierce and funny music tackles subject matter from raunchy feminist commentary to witty political satire. When she’s not touring throughout the country with her band The Damaged Goods or filming hilarious music videos in the California desert, Lark is leading the sex-positive revolution and reminding her listeners that “women are people.” Lark has released several full-length albums over the past few years and her YouTube channel is chock full of gems that demonstrate her wit and charm when it comes to combining sharp, relevant lyrics with skillful musical prowess — and a generous dash of comedy, for good measure.

Lark is coming to Denver on tour with LGBT activist, sex advice columnist and author Dan Savage. Savage is taping a live broadcast of his popular sex-and-relationship-advise podcast “The Savage Lovecast” at the Oriental Theater on May 10 at 8 p.m. and Lark will be his special guest. In anticipation of the event, Lark took some time to chat with 303 Magazine about her creative process, political views and why it’s so important to make art about taboo subject matter. 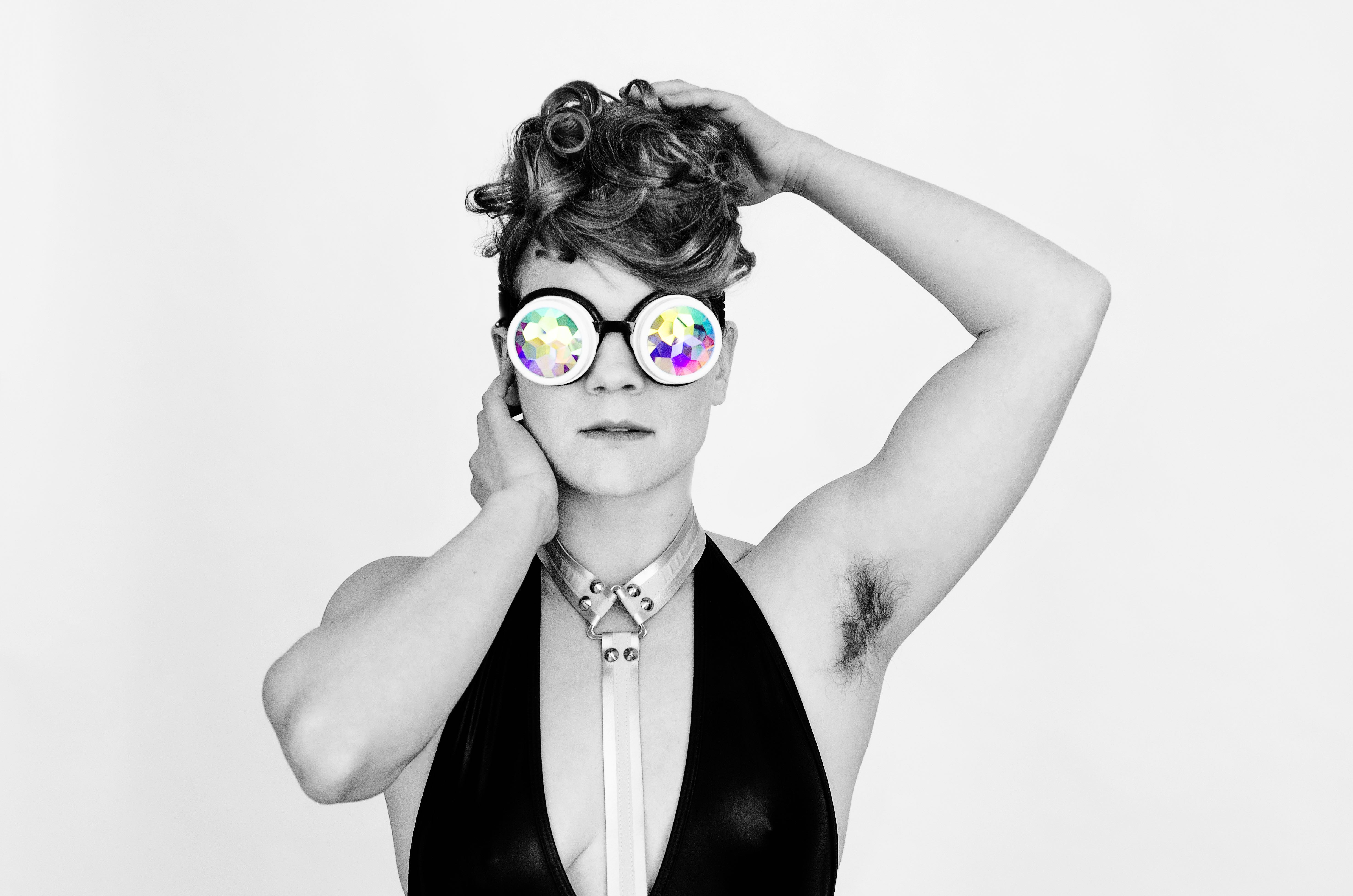 303 Magazine: Tell me a bit about how you got into playing music and about how your creative process steered you the direction of playing the type of kick-ass feminist, political music that you’re currently producing.

Rachel Lark: I’ve been writing songs and performing since I was in middle school. I was a really serious kid and I was preoccupied with making serious music with intense, deep feelings to match my angst. I was performing with my experimental toy piano project when out of the blue I got invited to perform for a show called “Bawdy Storytelling.” They wanted a musical act to perform songs about sex, and the only thing I had was this joke song that I never performed live. It was called “Fuck My Toe.” I played it for this packed house and it killed! I had never thought of myself as a comedian before or ever considered doing comedy music, but after that, I asked the host of Bawdy, Dixie De La Tour, if I could write custom songs for her shows. That’s how I quickly developed this repertoire of sex-positive funny songs. I really didn’t expect it.

303: What is it you enjoy most about our current political environment?

RL: I like looking at people with no imagination who say “That could never happen” in response to radical political goals and telling them to fuck off. Clearly, all the rules are out the window as far as who can be president, what can happen and how quickly things can change. We need to use this moment as inspiration to make our boldest ambitions a reality.

303: Who are some other artists/musicians you find inspiration from?

RL: I listen to a lot of musicals. Hamilton is on repeat in my brain, which is a blessing and a curse. I love Sondheim, Alan Menken and Rogers & Hammerstein. I listen to lots of different genres but I’d say the music that always inspires me the most is lyrically-focused songwriting. Fiona Apple, Jeff Buckley and Joni Mitchell were probably my biggest influences growing up. Lately, I’ve been listening to a lot of Big Thief, Hop Along, The Dø, The Wood Brothers and Janelle Monáe.

303: You write songs about subject matter that may make people uncomfortable, like period sex and admitting to being insecure about body image. Why do you think it’s important for your audience to hear about this sort of stuff that people often consider “taboo”?

RL: Music is a safe place to explore scary topics. Comedy is, too. You combine them and it’s just this inviting landscape to play in as opposed to a lecture that you have to agree or disagree with. I try to create characters for my audiences to contemplate rather than arguments for them to evaluate. I think this is an effective way of making people feel more comfortable talking about these “taboo” topics, which is the first step to making change.

303: How did you and Dan Savage initially connect and what do you like most about collaborating with him?

RL: Dan saw me perform at Bawdy Storytelling in San Francisco and invited me to be on his show. Since then we’ve collaborated a lot. I’ve been on his show a few times and he’s been in my music video. We’ve become friends and I rely on him as an editorial voice and a reality check. It’s always such a treat to get to perform with him.

All photography by Sophie Spinelle.