It was the natural progression of things that created the band known as The Drunken Hearts, one of Boulder’s finest country/bluegrass bands. It was inevitable that one day the five-some would find itself in the place they are now, touring the nation and projecting their modern country sound from the Rocky Mountains to places and people far and wide. What started as a passion project of frontman Andrew McConathy developed first into a trio and then later into the five-piece band that’s geared up to tour from now until mid-September. The tour — which wraps up with an appearance at Denver’s first annual Grandoozy Music Festival — is promoting The Drunken Hearts’ March release of their latest album, The Prize. 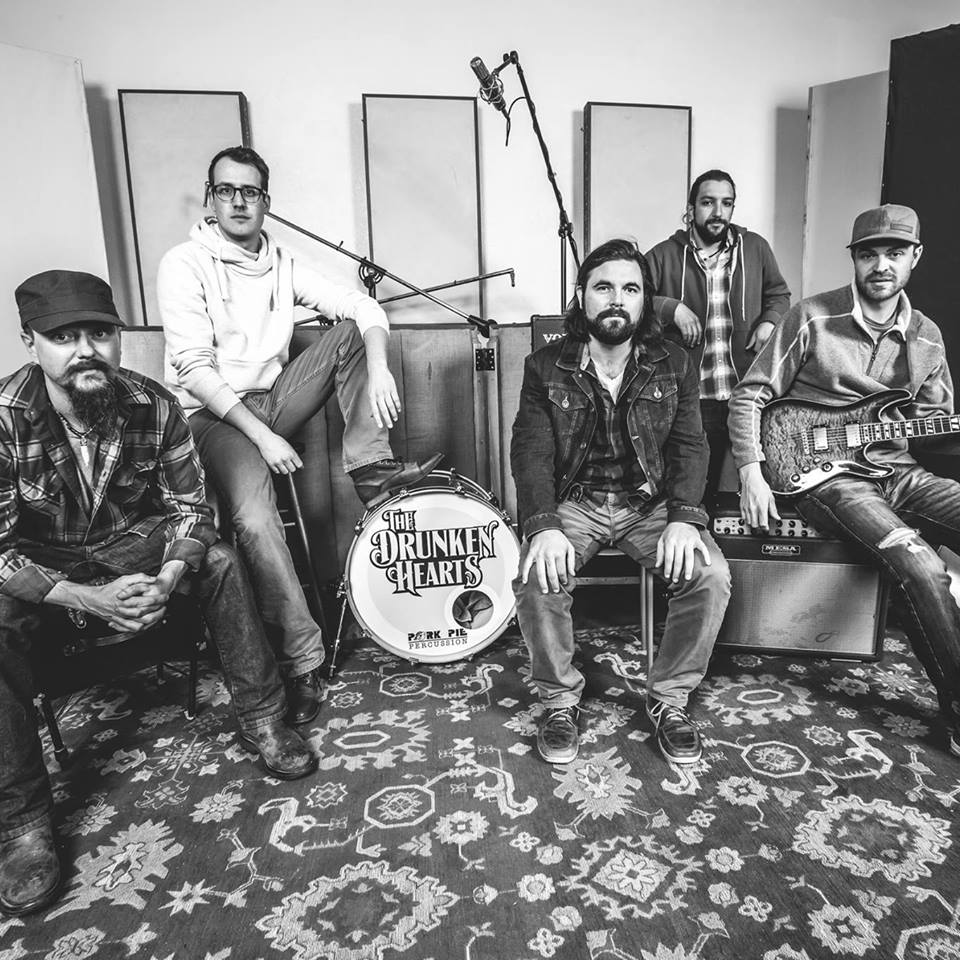 Courtesy of The Drunken Hearts

The name of the new album describes, quite frankly, exactly what it is. Coming off a high from last year’s release of their album Love and Thirst, The Drunken Hearts are running on anything but empty. March 30 saw the release of The Prize, the 10-song album that boasts the best of bassist Jon McCartan, guitarist Kory Montgomery, percussionist Alex Johnson, banjoist Cody Russel and their fearless leader McConathy, whose vocals can be compared to that of Pearl Jam frontman Eddie Vedder’s on Into The Wild. McConathy is more breathtakingly raw than ever before, especially when the band takes it down-tempo, like on the haunting album-closer “Seasons.”

Just over two months ago we had the pleasure of exclusively debuting the first single off The Prize, “Wilderness,” one of several instances on the album where McConathy is writing from the mindset of a wanderer, crooning to listeners that “no one knows what tomorrow holds.” In the high-tempo “Broken Things,” these lost-and-on-the-road sentiments are frequent, with our protagonist hitting the open road with packed bags because it’s “time to fly.” No matter which way the melody moves, the theme and point of view are consistent throughout the entire album. The 10 songs that make up The Prize sound like one winding a lifelong story of a rambling cowboy.

There is an ebb and flow to the story, however, with each song hitting different and equally important notes. This is seen when “White Whale” and “Tear My Heart Out” transition over to bluegrass and emphasize Cody Russell’s banjo, with the lyrics of the latter singing an ode to the band’s name — “tear my drunken heart out.” Other tunes include a horn section that is incendiary alongside Johnson’s rhythmic drumming, like on “Bed of Stone,” or one of the album’s strongest moments, “Greyhound.” The track is more of a jam, with simple yet endearing prose to accompany the music. It’s a story of a love lost, where in that moment our cowboy is watching his ride away — “We grew apart. Is there no cure for my drunken heart? I’m crying catch that Greyhound, catch it on down the road. Chase that bus down four red lights, before I remembered that the leaving is right.”

The two greatest moments of The Prize, however, come during “Black Snake” and “Heart Strings.” While “Black Snake” epitomizes the rockabilly sound that The Drunken Hearts have absolutely mastered, “Heart Strings” has the most intriguing melody and is the most favorably catchy. The tunes are the embodiment of the potential of The Drunken Hearts, the five Boulder bluegrass bandits that are paving the way for modern country music. Aside from Grandoozy and between solo gigs, the band is slated to perform this summer at RapidGrass, Northwest String Summit and YarmonyGrass — their own headlining festival that’s been a locals’ favorite for over a decade. And as The Drunken Hearts actively pursue their dream all season long, you’ll want to be in the audience to bear witness to a live performance of The Prize.