The Grandoozy Lineup is Here

Chicago has Lollapalooza, San Francisco has Outside Lands and now Denver has Grandoozy. Nearly two weeks ago, the co-creators of Bonnaroo and Outside Lands unveiled Grandoozy, the new Denver festival taking place at Overland Golf Course this fall. It’s a three-day super jam spanning September 14, 15 and 16, 2018 at the Overland Park Golf Course. Since the announcement, details surrounding the festival have been hazy and the public has been in the dark as to who will headline this highly anticipated event— until now.

Headlining the festival is Kendrick Lamar on Friday, Florence + The Machine on Saturday and Stevie Wonder on Sunday. Other notable acts include St. Vincent, Sturgill Simpson, Phoenix, The Chainsmokers, Logic and Miguel. As promised, the festival is including local Colorado acts like Tennis, Gasoline Lollipops, Dragondeer, Flaural and more. According to David Ehrlich, one of two executive producers of Grandoozy, Superfly said he was excited about the Colorado musicians on the lineup. “I think one of the best things about this festival is when you read national publications — when they review these festivals — they almost always do a special section highlighting local bands. We’re really excited about some local bands in there now, more that may be coming and the fact that ideally, they can get some national attention through the festival.”

Check out the full initial below and be on the lookout for more musicians to be added in the future.

Some other features announced today include The Backyard, Arts & Crafts and Devour Denver. The Backyard will showcase outdoor brands and programming surrounding the Colorado outdoors. It will also have an ’80s ski lodge to celebrate retro ski culture with themed food, drink and music. Ehrlich said, “SuperFly takes a look at the town they’re in and reflects it with their own unique style. Obviously, there’s a lot to the outdoors lifestyle that will be shown in this festival. Skiing and the mountains are a big part of what’s great about Denver, Colorado.”

Grandoozy will feature three to four stages of performances but it will not be a camping music festival. This festival has been years in the making — including coordinating with city officials, community members, neighbors and patrons of the golf course. Joining an array of Superfly festivals, Denver’s is expected to attract around 30,000 to 60,000 people a day. In a press release, co-founder of Superfly Jonathan Mayers said,

“Our interest in producing a landmark festival in Denver was born out of spending years getting to know the city and local community and diving head first into its flourishing cultural scene. Superfly’s expertise in producing large-scale immersive festivals, paired with Denver’s distinct and unique personality, is the perfect match for creating Grandoozy, a one-of-a-kind experience that we hope becomes a source of pride and celebration for this amazing city.”

Following its approval, the City of Denver will uphold a five-year contract with Superfly, whereby the festival will be able to return each consecutive year but no other festivals of its size and scope will be held on land owned by the City of Denver. In addition, a portion of the profit from the festival will be reinvested into the Ruby Hill neighborhood that directly borders the golf course.

For more information on Grandoozy check out their site here. General ticket sales begin Friday, March 23 at 10 a.m. Pricing starts at $224.50 for GA 3-day tickets and $599.50 for VIP passes. Payment plans are also available to help you afford this doozy of an event. 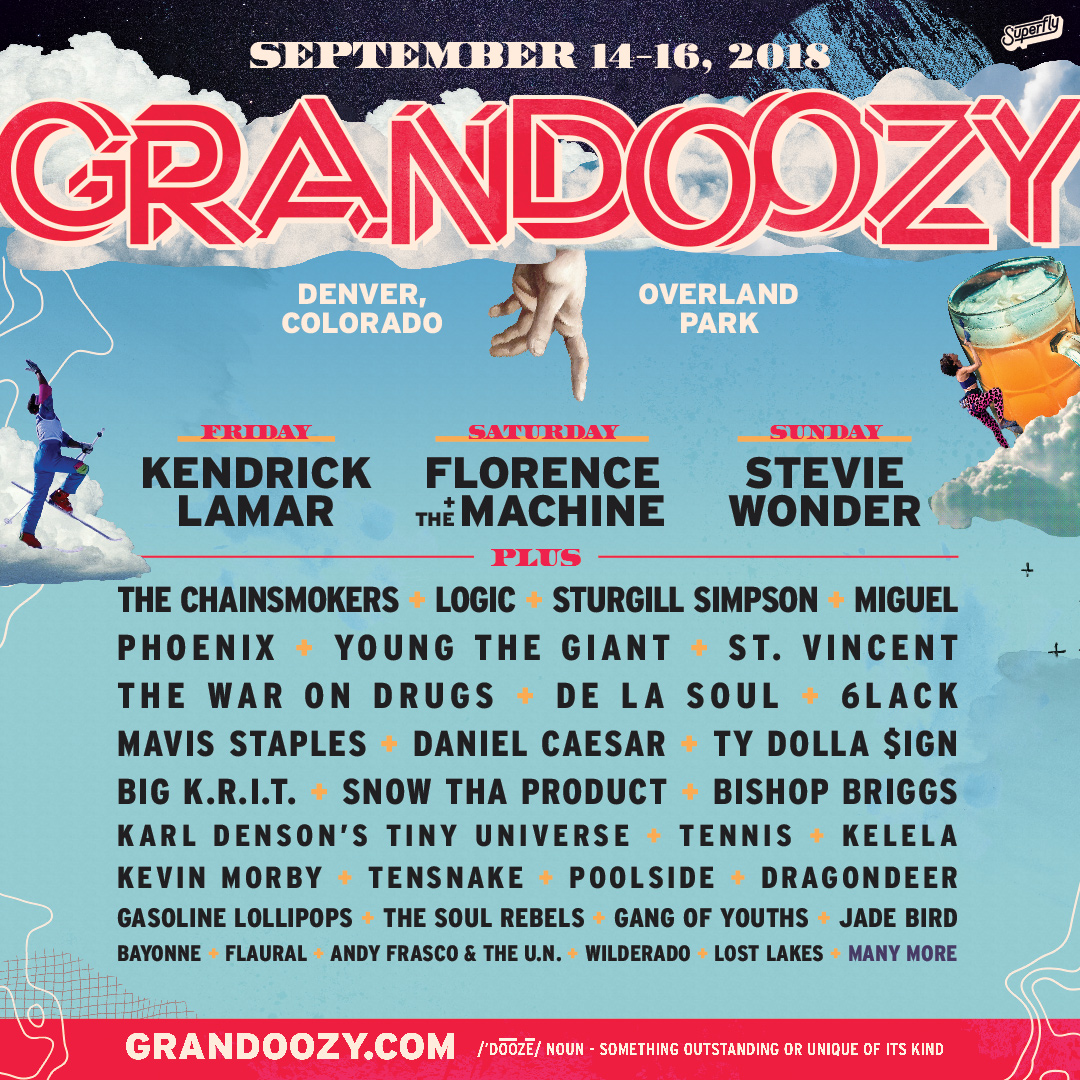