Dairy Block Adds Six New Concepts Including a Restaurant, a Bar and Boutiques

The new “micro-district” in LoDo announced that six new concepts will join its ranks. Already bustling with the forthcoming Milk Market, the Maven Hotel, a restaurant, bar, coffee shops and more — the hotspot is adding additional food and booze concepts along with boutiques.

As previously reported, Run for The Roses comes from a former partner of Black Eye Coffee and is setting up shop with a bourbon-focused intimate cocktail lounge downstairs. Seven Grand will also have a whiskey bar in the space — although that concept is not a part of this newest round of announcements.

READ: Milk Market Announces The 16 Concepts Opening Inside its Marketplace

The fresh faces include Free Market — a gallery that will “debut a revolutionary new multi-brand retail model,” according to the press release. Denver favorite, Berkeley Supply will bring its American made menswear from Tennyson to downtown whereas Eagle Company and Will Leather Goods will focus on men’s and women’s fashion and artisan leather goods — respectively.

To top off the announcement, a new restaurant by the name of Foraged will open in the space. From chef Duy Pham, who previously opened Epernay Lounge, the restaurant will focus on local, international and seasonal ingredients. But while the name may hint at the ingredient sourcing, the focus will also be on Pham’s recent certification as a Murray Carter Journeyman Bladesmith. As a result, the concept will include the forging of his own Japanese carbon steel knives.

The opening for each spot is still to be determined. But in the meantime, the block just opened CTRL Collective — a shared workspace and “creative campus” with offices starting at $79 per month. The space also recently opened its activated alley — which is the first pedestrian alleyway that is quickly filling with new art. Milk Market from Frank Bonanno will open in June so get ready and get hungry.

The Dairy Block is located between 18th and 19th between Blake and Wazee Streets in Denver.

Editor’s note: This article was updated to reflect that Seven Grand is a concept out of California not Denver. 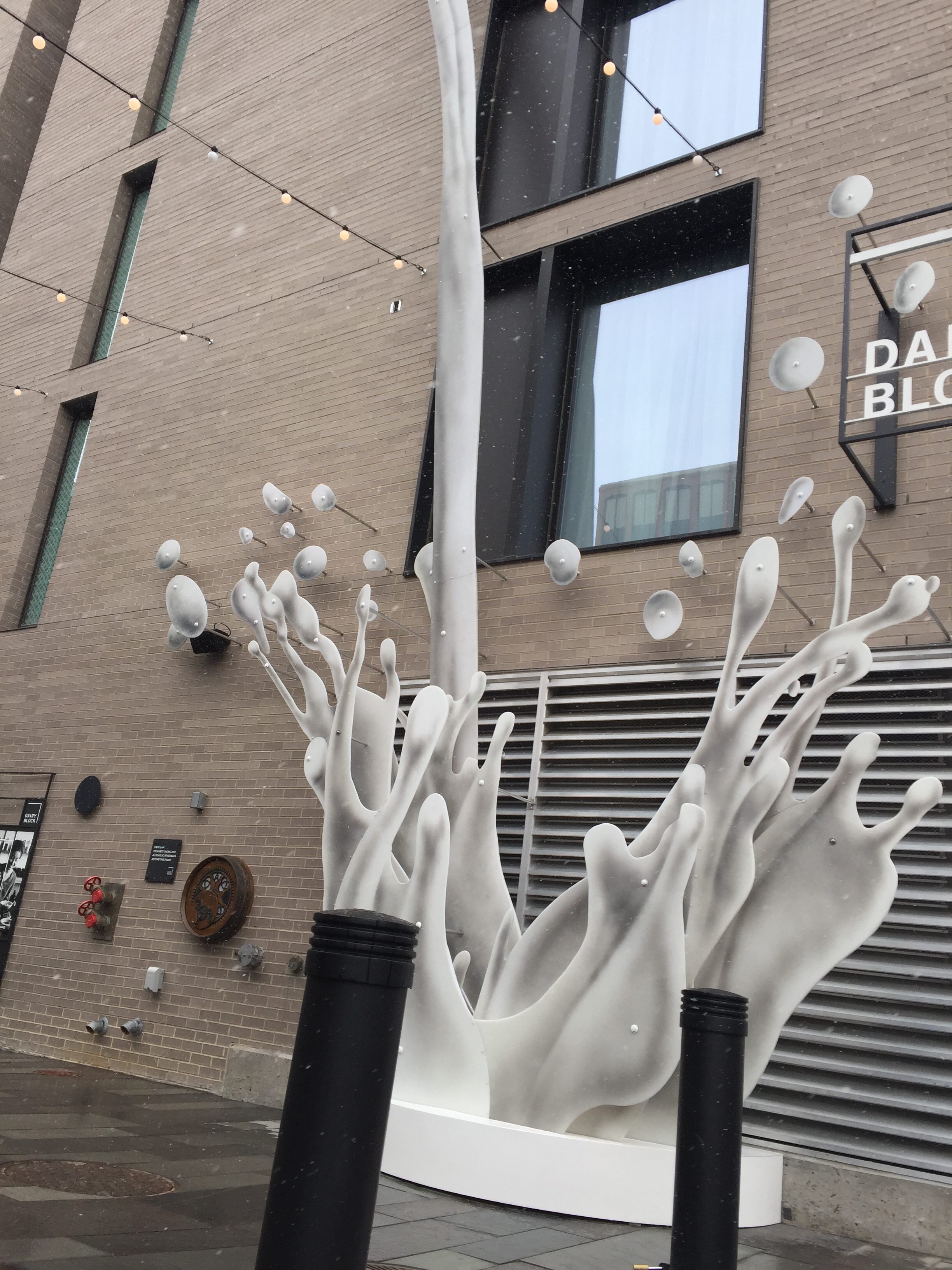