It has been called the ultimate hangover cure and it’s catching on. Cannabidiol coffee, that is. Known more commonly as CBD coffee, this new age concoction has gained attention in Denver and across the nation for its legal and effective medicinal benefits. It has, however, not become as popular as one would expect in the Mile High City. And why? “A lack of education,” according to Kevin Crowley, co-founder and vice president of Sträva Coffee, one of the only companies in Colorado roasting CBD into coffee.

“It’s definitely an education issue,” explained Crowley. “I think we have to start normalizing it. It’s a very new market and I think the consumer still has a lot of room for education. Everyone thinks that THC and CBD are the same things, but once that stigma goes away and people actually understand what CBD is, I think the community will start to get behind it, utilize it and embrace it for its medicinal properties.”

According to Crowley, the most common question seems to be, will CBD get you high? And the answer is no. THC is the element of the marijuana plant that causes psychoactive effects by binding to cannabinoid1 (CB1) receptors in the brain. CBD, on the other hand, does not bind to CB1 receptors and actually acts against them — therefore not causing the quintessential high that one associates with marijuana. And like Crowley pointed out, “it will not show up on a drug test.”

“It’s the medically beneficial part of the plant,” explained Crowley. “It gives you all of the benefits without the psychologically altering parts. I’ll never forget my first time trying it. I drank it, sat down at my computer and the next thing you know its hours later and I’ve just been ripping through emails. I had energy and focus like never before and I’ve been drinking it ever since.” 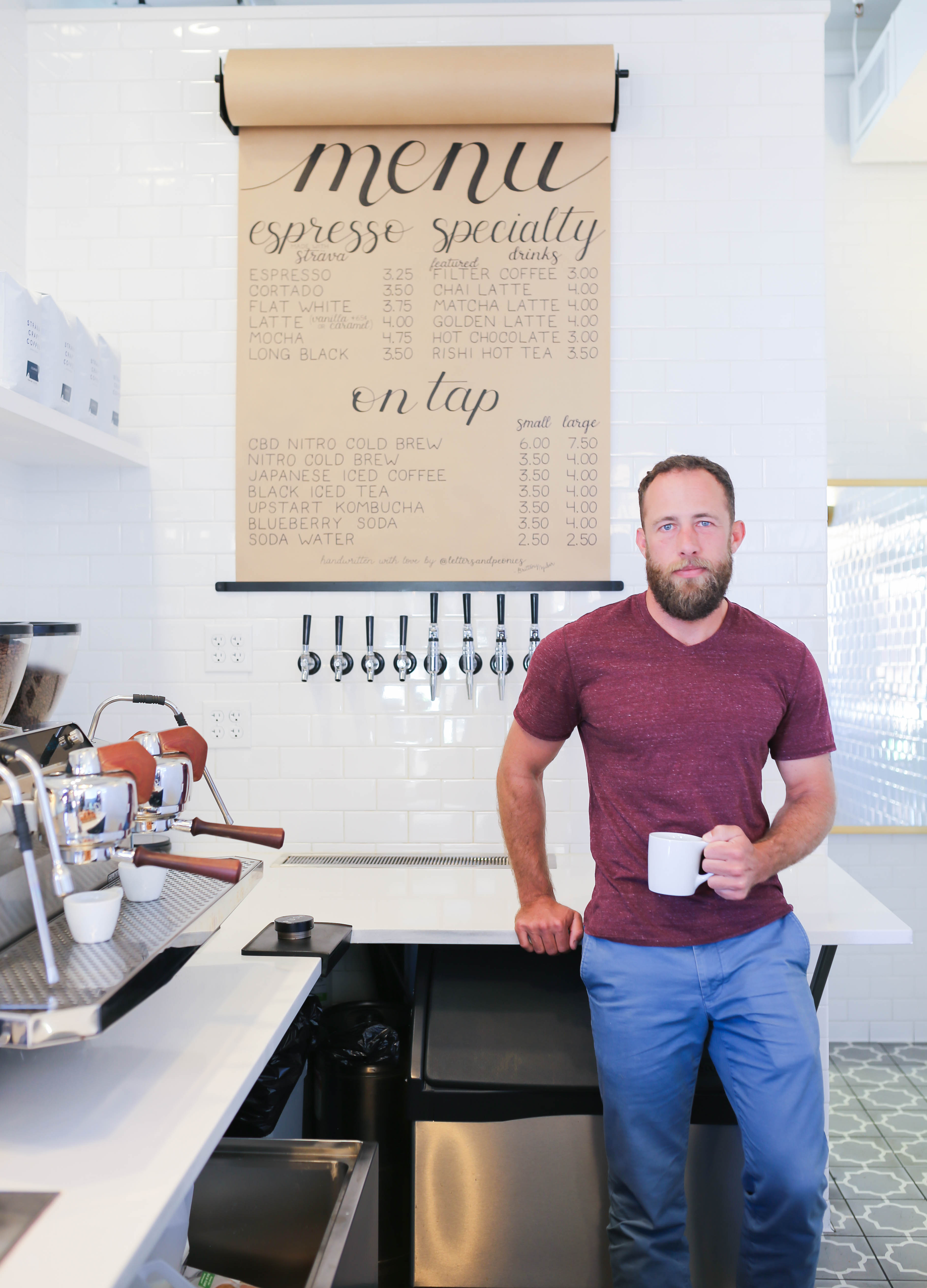 Apart from increased energy and focus, the benefits of CBD are substantial. From everyday aid like decreased inflammation and the quelling of a common hangover to big-time medical perks like the treatment of epilepsy, lessening of the effects of Alzheimer’s disease and pain relief, this controversial ingredient may have more medical benefits than we once thought. Still, Sträva is the only CBD roaster in the city, and only four places in Denver are serving its product.

“So Blue Sparrow, Carbon, SloHi and Drip are the only places that I know of serving our CBD in the city. SloHi just started serving it and they’re really cranking it out, but we’re not pushing coffee shops to serve it, we’re just waiting for them to come to us. We want them to be comfortable with the decision to start serving it so we’re just kind of letting it sell itself by putting it out there but not trying to push it.”

READ: Try a New Global Coffee Every Week at This RiNo Coffee Shop

Though Sträva’s CBD coffee is only served in four places across the metro area, Crowley is distributing to states across the country and countries across the world. From Kansas and Pennsylvania to Spain and Germany — Sträva’s CBD coffee has caught on in some unexpected spots. Which has us wondering, why is Sträva seemingly the only roaster producing CBD coffee in the state? Why haven’t other companies in Colorado capitalized on this legal method of infusing an added kick into their beans? Crowley attributes that to a “fear of uncharted territory” — territory that he was willing to break into upon entering the coffee scene.

“We were trying to find something to make us unique, so we were sitting down with our attorney one day and I mentioned infusing THC into coffee. He was like, nah, you don’t want to go there,” laughed Crowley.  “He suggested CBD instead and we were like CBD? What’s CBD? This was a few years ago. So we looked into it and hired a food scientist to marry these two plants for us. Roasting CBD coffee is a delicate process, you have to add the oil after the roast to maintain its benefits, but that’s all I can say — trade secrets.”

While finding CBD coffee in Denver is far and few between, there are four places serving it on a daily basis: Blue Sparrow Coffee, Carbon and Habit Doughnut Dispensary, Drip and SloHi. For more information on CBD coffee and to buy CBD coffee wholesale check out Sträva here. 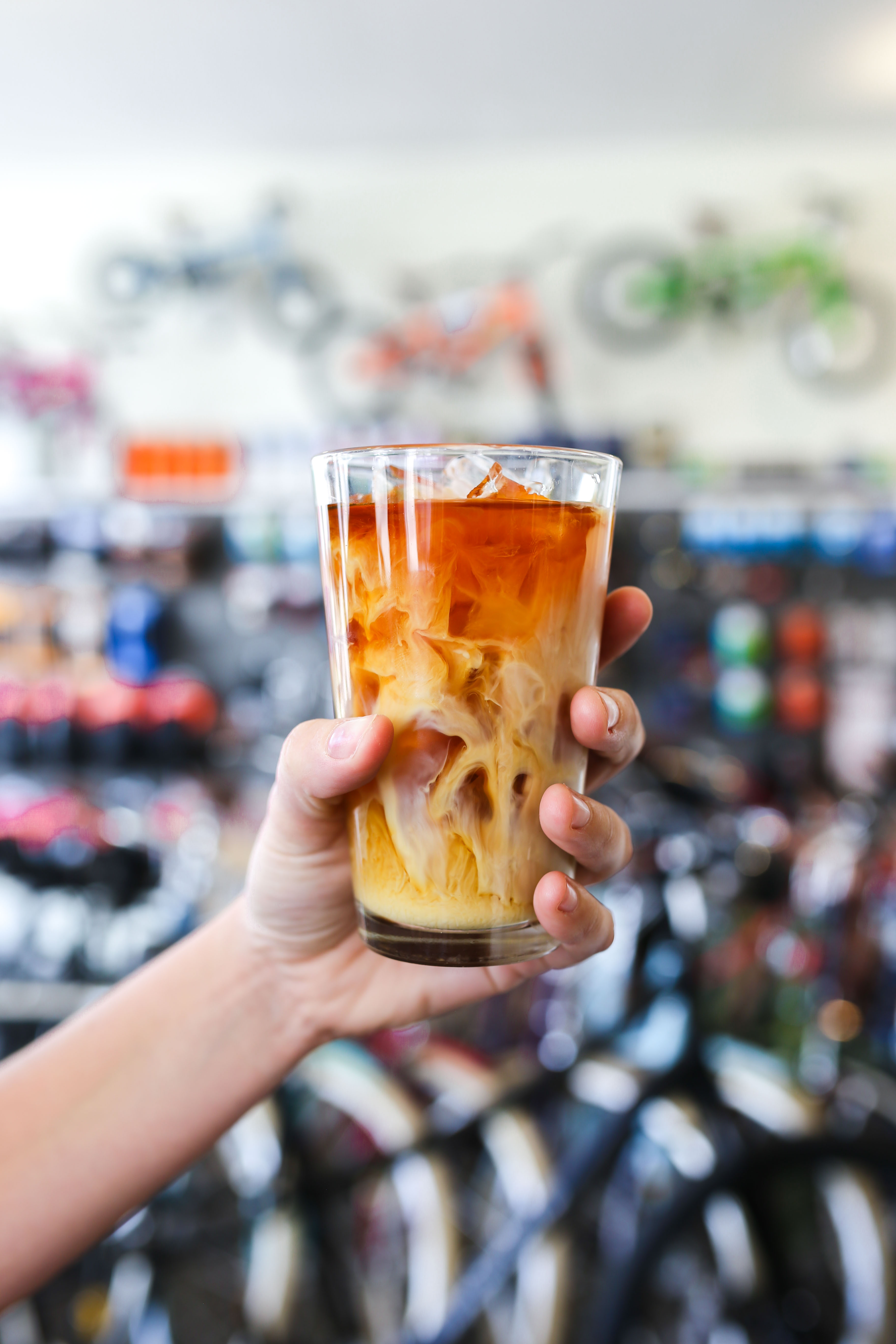