The components that contribute to a restaurant’s success are often the same ingredients you find in a healthy relationship. The backbone of any successful restaurant is hospitality, and what could be more hospitable than a team grounded by a husband and wife? The front- and back-of-house at Wayward are joined in holy matrimony — general manager Peter Gordon brought on his wife Talia Diele as the executive chef in the early months of the restaurant’s existence and the fit couldn’t feel more right.

READ: The Way Back Forges a Path Ahead with Wayward 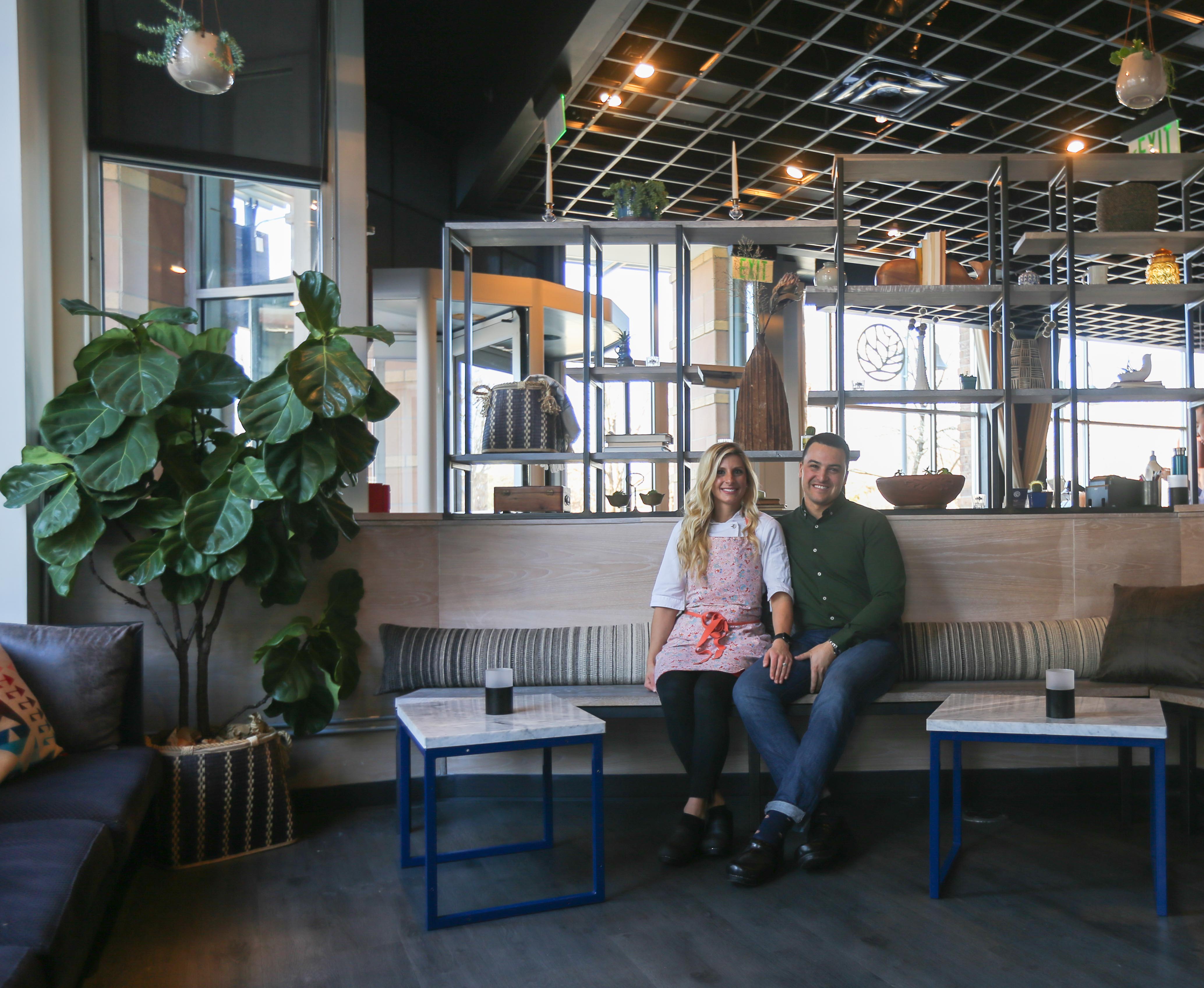 It started in a kitchen — working at Three Tomatoes Catering in the Highland neighborhood back in 2010. Diele worked as the back-of-house captain and Gordon as the acting front-of-house manager. It got serious pretty quickly for the two, but their careers pulled them in different directions during the years between Three Tomatoes and Wayward — including a stint for Diele in Florida at the head of Terra & Aqua. The couple juggles the demands of life in the restaurant business, complete with late nights, early mornings and fierce competition — but according to this duo — hospitality works better together than apart from one another. For Gordon, there was no question in his mind, that when the opening for executive chef became available, it would be his wife that would fill the position. Diele had assisted in the upbringing of the American Grind food truck — the original Way Back concept — before the mobile eatery became a permanent resident at Avanti F&B. Having previous experience with the team, the transition to the head at Wayward fit like a glass slipper on Cinderella.

Pertaining to the couple — the two have always promised to keep their work and personal life separate — often joking around about having to schedule each other in for business meetings on the clock when issues come up at the house. This concept marks the second time these two have put their heads together behind a kitchen and they are taking measures to make sure this project remains at the tiptop of the Denver culinary scene.

Wayward has overcome one of the most difficult changes a restaurant can make during its adolescents — bringing on a new executive chef and changing the kitchen culture. “Restaurants, in general, are a hard place to work and over the past years we have been so busy we don’t see each other much, but since we started here we get to stay connected on a daily basis,” explained chef Diele. Having a spouse in house furthers the connection between hospitality and home. The husband and wife team boasts a fresh menu, a relationship-goal powered management team and bright new ideas in the kitchen.

Although it takes constant effort to keep work and personal life separate — this couple doesn’t feel any division between front and back of the house restaurant components. “We do our best not to separate front-of-house from the back-of-house — so when it comes to creating new menus or ideas we always defer to Talia’s expertise in the kitchen but the ideas often come from our team as a whole,” Gordon said.

With a husband and wife at the head of the team and an attitude that is all-inclusive, innovative and open — the restaurant really does adopts the welcoming feel of a close family friend and a welcoming neighbor.

What is next for the culinary duo? The two are planning on settling in at Wayward before reaching out to begin a second or even third concept — but the crew does have a few things on the horizon, including a forthcoming spring menu. The pop-up bar next door, also owned by Wayward, is always on the move. It will reopen as a ’90s spring break-themed pop-up starting March 22, 2018 along with a menu to match. Gordon also dropped a hint at an upcoming “Way Home” concept based out of a 100-acre farm in Carbondale, Colorado — the latest and greatest to come from the Wayback team would legitimately bring the farm to table.