Englewood Grand is the Neighborhood Bar the City Needs

When Phil and Erika Zierke moved to Englewood in 2009 they built what they wanted, a neighborhood bar. They built a place where the mailman or the couple next door could come to kick back and feel at home. A place for local beer, live jazz, well-made drinks, stimulating conversation and above all — community.

Phil moved from Nebraska in 1996 to attend Denver University. He has been working in bars and restaurants across the metro ever since — from Mercantile to Green Russell and The Horseshoe Lounge, to name a few. He and his wife, Erika, met 10 years ago (fittingly) in a neighborhood bar. And have been inseparable ever since.

“Phil was working a one time shift at the Kentucky Inn. I lived a couple blocks away,” laughed Erika. “So I went in for a drink, we met and I’ve pretty much seen him every day since.”

Prior to opening their bar, Englewood Grand, Erika worked in state politics — first with the senate democrats at the state house and then at the Children’s Hospital doing advocacy outreach. When she married Phil in 2009, however, she left the life of caucuses and congressman for cocktails and community. 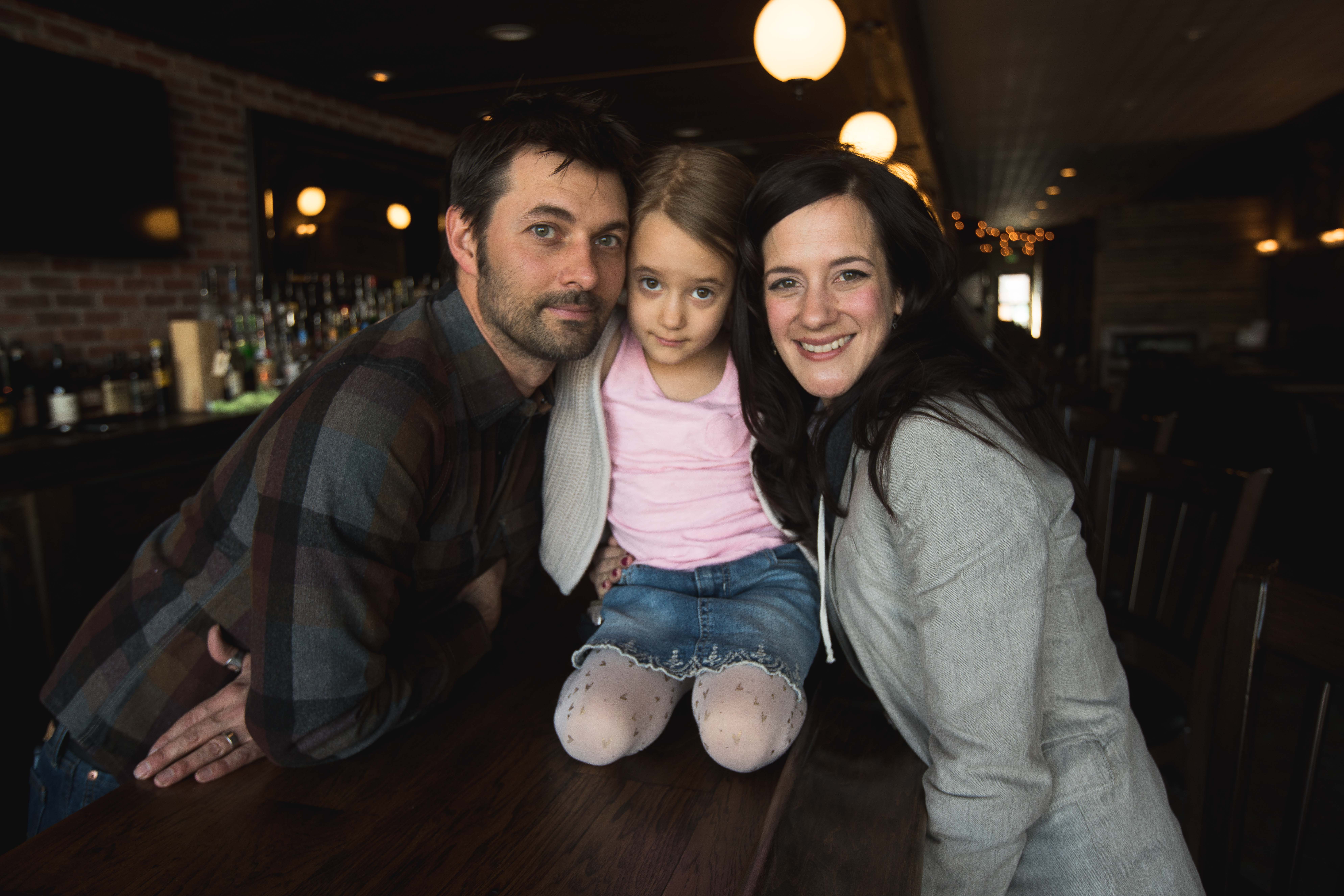 Phil and Erika Zierke with their daughter.

“We moved into a house a few blocks away and wanted to create a space that’s a part of this communities everyday day routine,” explained Erika. “When we moved here that didn’t really exist. It seems like the kind of bars that are in Denver are either fancy cocktail bars or dive bars with few in between. So our goal was to create a space with both excellent cocktails and a non-pretentious environment. I mean we sell Miller High Life on tap and also have a 1951 Cognac. That variety is what we’re about.”

Don’t let the casual wooden benches and unassuming front fool you, the bartender team at Englewood Grand is serious. Phil has more than 20 years of industry experience and he used that knowledge to the utmost in selecting his crew. A crew that decided, despite much skepticism, to stray away from a concept focused cocktail menu.

“When we first opened people were like, you gotta have a cocktail menu,” said Phil. “But I didn’t want that. I have a love for places that do that but it feels to me that when you do the focused cocktail menu the emphasis becomes about what’s in the glass, rather than the person drinking it. Sure, I can make a mean Manhattan, but I care more about the person I’m serving it to.”

With a collectively deep knowledge of all things booze, nearly 120 whiskeys on the shelf and a grand vision, Erika and Phil began putting together the pieces of what would soon be “Englewood’s favorite bar.”

“It was a long process of collecting investors and saving money,” explained Erika. “In spring of 2015 my mom was diagnosed with pancreatic cancer, and so I went down to Texas to be with her. Meanwhile, Phil was in Denver working. He came down briefly to visit her and while we were there in the hospital we got a call from the last investor that we needed to make Englewood Grand happen. Phil flew back up here, got off the light rail and immediately saw the huge for rent sign on this building, that hadn’t previously been there. It was like the universe was aligning for this to happen.”

After months of physical labor, blood, sweat and a couple of tears — Englewood Grand officially opened on March 10, 2016. The couple managed to transform a formerly gutted empty shell on Broadway into what they envisioned to be the communities newest home away from home. From the “Englewood” mosaic above the door (created one tile at a time by Erika) to the end grain floor that Phil (by hand) built from 16,000 slices of four by four’s, Englewood Grand has quite literally been put together piece by piece. The benches that adorn the right side of the space are nearly 100-year-old antiques from the Englewood Odd Fellow’s Lodge, and those along with many other aspects of this quaint space are locally derived.

“Phil’s grandfather-figure used to pick him and his brother up after school and take them to the American Legion in Norfolk Nebraska,” explained Erica. “He would sit in the front and drink his whiskey while Phil and his brother would go to the back and play shuffleboard. So when we started construction on Englewood Grand, that bar closed. And Phil and our five-year-old daughter, Fara, got on a train to Nebraska, rented a Uhaul and hauled the table back here. So the table that he grew up playing with is in the back of our bar. It brings a tear to my eye every time I tell that story.”

The shuffleboard isn’t the only thing oozing with nostalgia in this space. The popcorn machine is another piece from Phil’s childhood that the duo managed to salvage.

“I grew up eating popcorn from that machine at the American Legion in Nebraska,” explained Phil. “My parents still hang out there to this day.”

As far as snacks go, Englewood Grand is keeping it simple. They serve free popcorn and one sandwich, a French dip. This sandwich is truly keeping it local. From the roast (made by Cochino) to the bread (baked at a Vietnamese bakery on Federal) and the housemade jus — this unexpected bar bite is keeping it Colorado, despite the name.

Apart from supporting Denver with both their decor and their snacks, the team brings in local jazz on the first Tuesday of every month. They feel that by doing these things and investing in the community, the community has, in turn, invested in them. One of the most rewarding parts, for Erika, has been having people come up to her and say “I never felt at home in Englewood until you opened your bar.” That, for her, is the heart and soul of Englewood Grand.

The Denver bar community is, much like our city, is ever-expanding. And whether you live in LoDo, RiNo, LoHi or Uptown, Englewood Grand is an addition to that community worth checking out. The team celebrated two years in business Saturday, March 10, and are open 4 – 2 a.m., at 3435 S Broadway, Englewood, every single day.